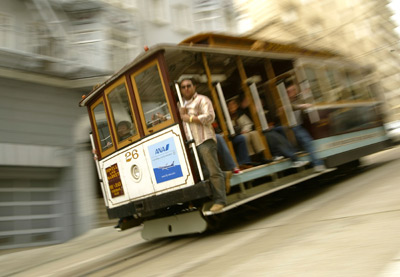 Let’s assume we all want to do the right thing. We want to be fair, compassionate, honest … I think that description fits most of my friends. But it’s not always easy or clear-cut. Social scientists study things like that, and it even has a name: trolleyology.

Here’s the dilemma: a trolley is hurtling, out of control, down the tracks, pointed right at a group of five people who are unable to move fast enough to avoid being run over. You can’t stop the train, but you can switch it to another track, where there is one person who, likewise, won’t be able to move fast enough to avoid certain death. Do you pull the switch? Most people say yes. It’s fair and good to pull the switch, sacrifice the one person and save the five.

Now the scenario changes a bit. You still have the five people on the tracks with the trolley hurtling towards them. This time there is no handy switch to pull, but you are up on a bridge overlooking the tracks with a fat man by your side. He is so big that if you tip him over the bridge and onto the tracks his sheer bulk will stop the train and prevent it from running over the five victims. Do you push? Most people say no.

These are very precise moral calculations. The end result is the same: five people saved, one sacrificed. The decisions are very different. Maybe it’s because of proximity — the big guy is standing right next to you instead of a nameless figure in the distance. You have to touch him to push him, another degree of intimacy. Maybe its because the fat man on the bridge should be allowed to decide for himself whether to jump or not — who made you god? Maybe it’s because, if this is such a great idea, why are YOU thinking of pushing instead of jumping onto the tracks yourself? Or maybe it’s something else entirely.

There’s a great article in Foreign Affairs this month — Would You Kill The Fat Man? — that explores this is greater detail. I highly recommend it.

What “trolleyology” problems have you faced in your life? How about trolley problems in government, which inevitably involves moral tradeoffs. Who gets pushed off the bridge? Who gets saved? How do you feel about that?