The Pope Wrties About . . . “No to an economy of exclusion” 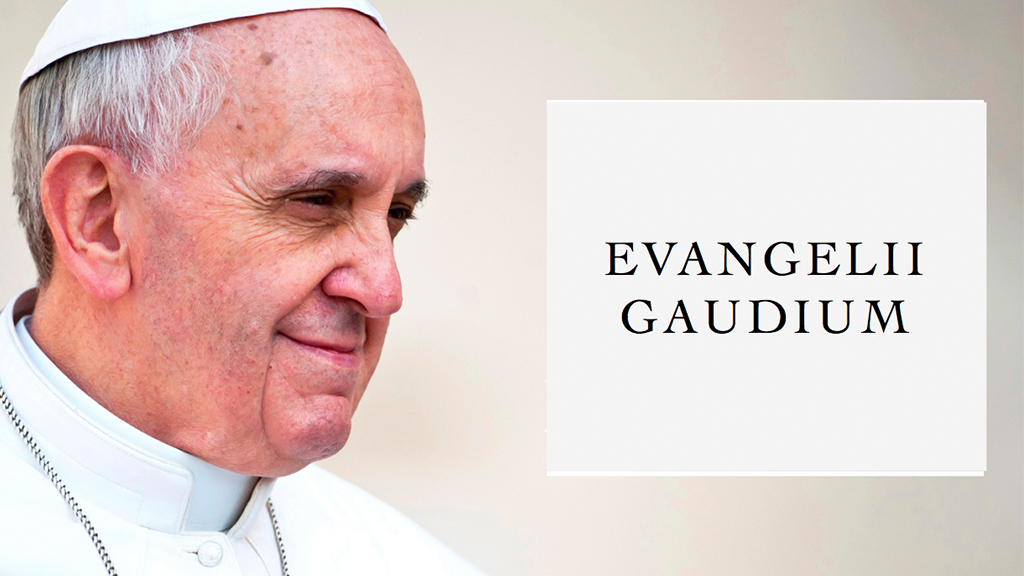 This is the seventh installment about Pope Francis II ‘s encyclical, released last month, Evangelii Gaudium. is entitled “No to an economy of exclusion” and is probably the most-quoted section.

to an economy of exclusion and inequality. Such an economy kills. How can it be that it is not a news item when an elderly homeless person dies of exposure, but it is news when the stock market loses two points? This is a case of exclusion. Can we continue to stand by when food is thrown away while people are starving? This is a case of inequality. Today everything comes under the laws of competition and the survival of the fittest, where the powerful feed upon the powerless. As a consequence, masses of people find themselves excluded and marginalized: without work, without possibilities, without any means of escape.

Human beings are themselves considered consumer goods to be used and then discarded. We have created a “throw away” culture which is now spreading. It is no longer simply about exploitation and oppression, but something new. Exclusion ultimately has to do with what it means to be a part of the society in which we live; those excluded are no longer society’s underside or its fringes or its disenfranchised – they are no longer even a part of it. The excluded are not the “exploited” but the outcast, the “leftovers”. 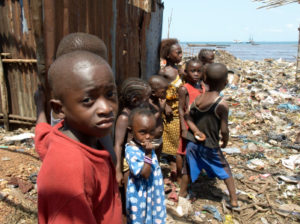 One of the most troubling indicators is the youth unemployment rate (ages 16-24.) In most countries, it is double, sometimes triple the adult unemployment rate. Forty percent of the world’s unemployed are youth. In the US, it’s 16.3%. African Renewal ran a fascinating and frightening article about youth unemployment in May. It noted “A World Bank survey in 2011 showed that about 40% of those who join rebel movements say they are motivated by a lack of jobs.” More than 70% of Africa’s youth live on less than $2 a day, the official poverty threshold. This isn’t just a third world problem. In Spain, 56% of youth are unemployed; in Italy, 40% of workers under 30. In France, 25% of youth are unemployed, in Great Britain 20%. The Pope would have seen this in his Argentinian homeland: the overall employment rate there is 7.2%; for youth, 18.8%.

54. In this context, some people continue to defend trickle-down theories which assume that economic growth, encouraged by a free market, will inevitably succeed in bringing about greater justice and inclusiveness in the world. This opinion, which has never been confirmed by the facts, expresses a crude and naïve trust in the goodness of those wielding economic power and in the sacralized workings of the prevailing economic system. Meanwhile, the excluded are still waiting. To sustain a lifestyle which excludes others, or to sustain enthusiasm for that selfish ideal, a globalization of indifference has developed. Almost without being aware of it, we end up being incapable of feeling compassion at the outcry of the poor, weeping for other people’s pain, and feeling a need to help them, as though all this were someone else’s responsibility and not our own. The culture of prosperity deadens us; we are thrilled if the market offers us something new to purchase. In the meantime all those lives stunted for lack of opportunity seem a mere spectacle; they fail to move us.

His use of “trickle down economics is pointed. This is the theory that assumes that allowing the wealthy to run their businesses unencumbered by regulation or taxation bears economic benefits that lead to more jobs and income for the rest of society. When the water rises, everyone’s boat floats. Unless you don’t have a boat and can’t swim . . . It’s also striking that he referred to the “sacralized workings of the prevailing economic system.” Made sacred. Pope Francis explores this further — but what he is say, I think, is that the balance is out of whack. The economy is sacred, people are not. The people serve the economy; the economy does not serve the people. And because we feel powerless, we close our eyes to suffering.