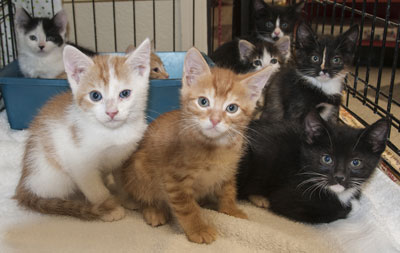 We’re collecting examples of ways in which San Antonio is already a compassionate city. There was a good example in an editorial in today’s newspaper.

From Today’s Express-News: “San Antonio still has a way to go before becoming a no-kill city, but it should be proud of the 83 percent live release rate the city’s shelter, Animal Care Services, achieved in January.

“Over the last several months the live-release rate has been steadily increasing. That is welcome news in a city that only eight years ago achieved the dubious distinction of euthanizing more animals per capita than any major city in the country.

“At that time, most of the 50,000 cats and dogs taken in the city’s animal care and control department were being euthanized. In fiscal year 2012, 13,560 animals were euthanized and the number has been going down each month.

“Last month, ACS euthanized 383 animals. Another 1,804 cats and dogs were adopted, sent to foster homes or other shelters, returned to owners, trapped, spayed and released, the Express-News reported.

Do you have examples of how San Antonio is already making strides toward becoming a compassionate City? Let us know!