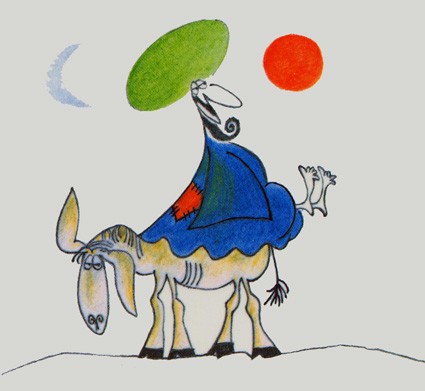 ‘That is just the trouble with “reasonable” people,’ said Nasrudin; ‘they include at least some people who always see only one thing out of a potential two possibilities.’

The Khan called the divines and the philosophers to explain, but they thought Nasrudin was talking nonsense.

The next day Nasrudin rode through the town on a donkey in such a way that his face was towards the tail.

When he arrived at the palace where the Khan was sitting with his advisors, Nasrudin said:

‘Would your Highness please ask these people what they have just seen?’

When asked, they all said: ‘A man riding back-to-front on a donkey.’

‘That is exactly my point,’ said Nasrudin. ‘The trouble with them all is that they did not notice that perhaps it was me who was right and the donkey the wrong way around.’