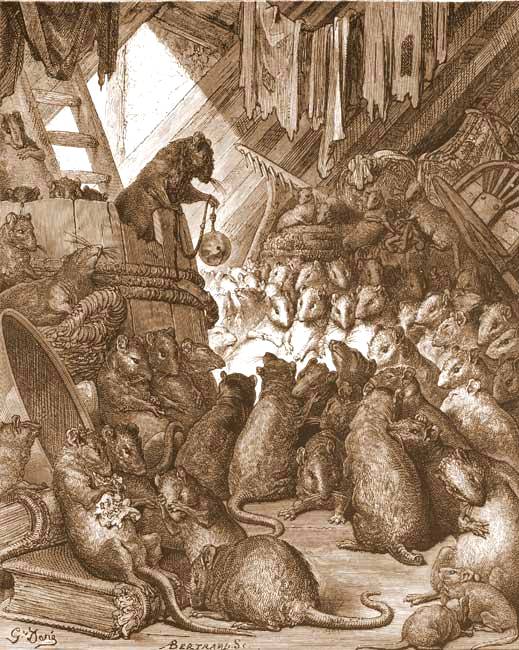 Once upon a time all the mice met together in council and discussed the best means of securing themselves against the attacks of the cat. After several suggestions had been debated, a mouse of some standing and experience got up and said, “I think I have hit upon a plan which will ensure our safety in the future, provided you approve and carry it out. It is that we should fasten a bell round the neck of our enemy the cat, which will by its tinkling warn us of her approach.”

This proposal was warmly applauded, and it had been already decided to adopt it, when an old mouse got upon his feet and said, “I agree with you all that the plan before us is an admirable one. But may I ask who is going to bell the cat?”

Haven’t we all been at meetings where difficult things are proposed . .  for someone else to do??? Love this fable. Although often attributed to Aesop, it is of Medieval origin. The woodcut illustrating it is by Gustave Doré for the version by Le Fontaine.