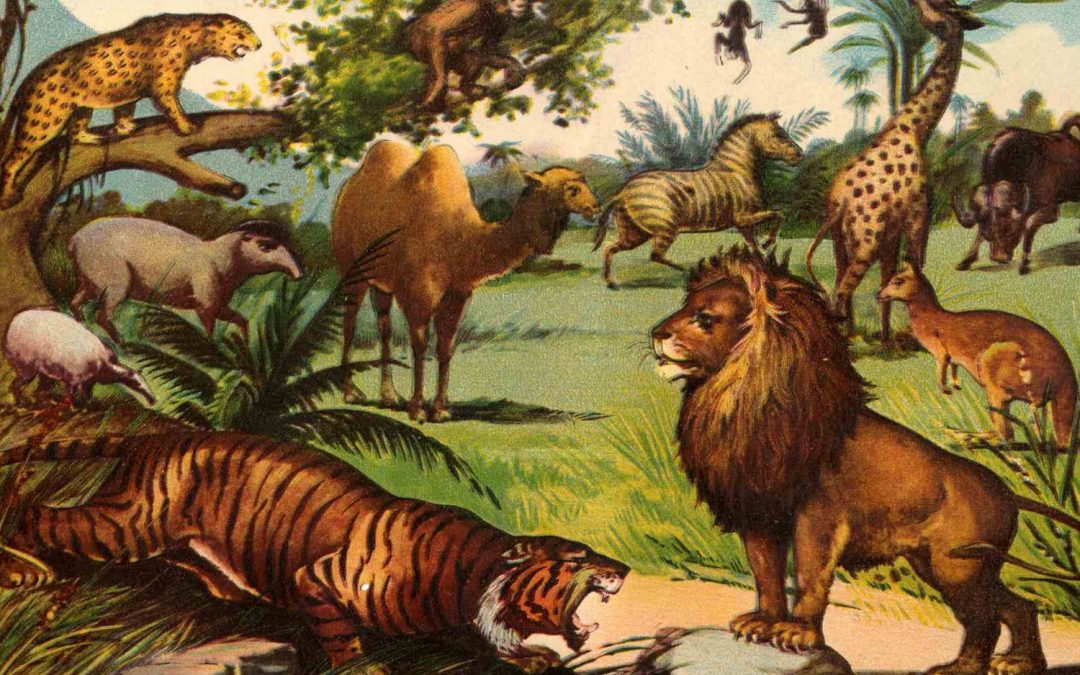 All the animals got together and went hunting and they caught a lot of camels and they killed them and they shared the meat between themselves.

But before eating, the fox got up and said, “Wait a minute, brothers, I want to know what irritates you, so I won’t irritate you by mistake.”

So they said that was a good idea, that they should know one another’s weaknesses as well as strengths.

So the lion started and he said, “Well, I don’t have anything I particularly dislike, but I can’t sleep at nights. I only sleep early in the morning and I hate it when people make a noise.”

Then the hyena said, “I hate people kicking me in the stomach.”

Then the leopard said, “Well, I don’t mind much, but I don’t like it when anyone threatens me, or stares at me or glowers at me.”

Then the snake said, “Well, as long as you don’t step on me when I’m asleep, nothing else irritates me.”

And the warthog said, “When I’m stampeding or in a panic, if someone shouts in my ear, that really terrifies me.”

And they all turned to the fox and said, “How about you?”

So they ate a bit of the meat and they went to sleep.

Then the fox said to the leopard, “Look, the hyena’s asleep. I think we should poke him in the stomach.”

And the leopard said, “No, if someone says he doesn’t like something we should respect his wishes.”

But the fox said, “He’s a coward, the hyena’s a coward. Are you afraid of him?”

The leopard said, “No, just forget about him.”

But the fox stepped over and kicked the hyena in the stomach. Now the hyena jumped up in a rage and went glowering forward and came face to face with the leopard, and the leopard hated to be threatened. So the two of them started fighting. They rolled over and banged into the sleeping lion. The lion was furious. And he got up and killed both of them.

And as he stepped back, by mistake he stepped on the sleeping snake. Now his claws killed the snake, but the snake had already bitten him, so he died. In all this turmoil the warthog panicked and started running, and the fox shouted in his ear and the warthog was so frightened he ran over a cliff.

Now the fox ate his fill. Then he went and retrieved the lion’s body and he stuffed it so that it looked as if he was alive. Then he looked round and round and found another fox.

And he said, “You poor fox, you’re starving and rolling in the dust while we’re so full we’re playing football with the meat. Come and have a bone, but don’t make a noise because my uncle the lion is sleeping, and if he wakes up, he will kill you.”

So the other fox came and the fox gave him the spine, which had lots of bones and would make a noise. So the fox was very careful, eating it silently and he didn’t notice what the cunning fox was doing. He was stitching the fox’s tail to the stuffed lion.

And the fox began to run, but because the lion’s body was stitched on to him, the lion appeared to follow and the fox was so terrified that he went over a cliff.

This shows that if you want to succeed in the jungle of life, you don’t have to be strong, all you have to be is bright.