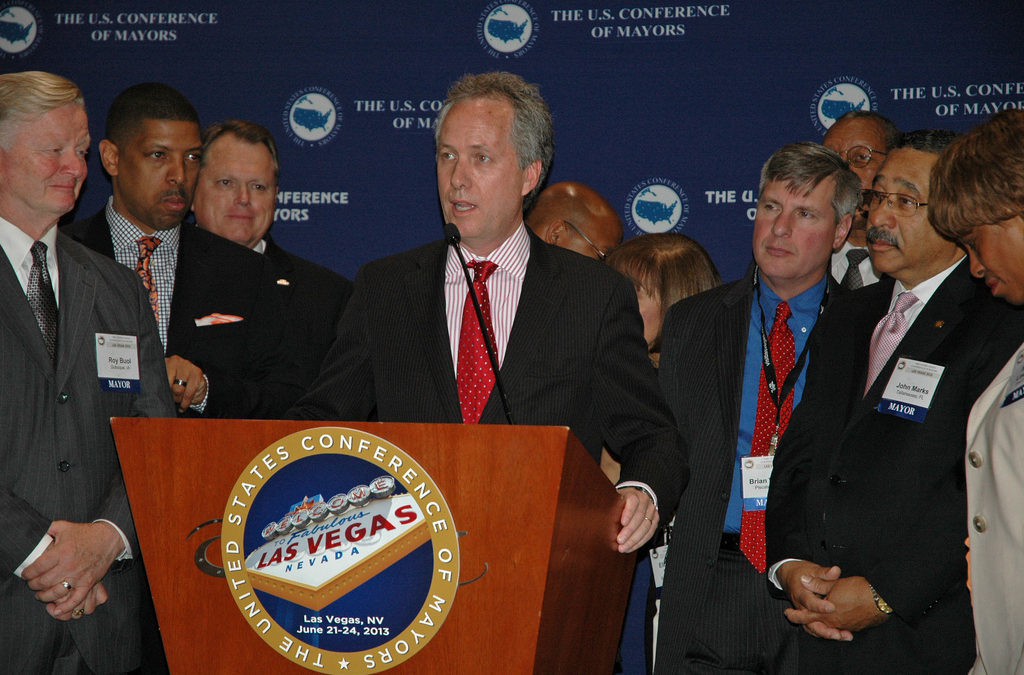 The US Conference of Mayors is meeting in Las Vegas this week, and resolution #35 is about Compassionate Cities. It proposed, in part:

10. NOW, THEREFORE, BE IT RESOLVED that The United States Conference of Mayors applauds the cities who have adopted compassion as a key policy for their communities; and

11. BE IT FURTHER RESOLVED that The United States Conference of Mayors recommends that other cities explore the use of compassion as a key component to achieve core objectives in their communities; and

12. BE IT FURTHER RESOLVED that The United States Conference of Mayors provides future opportunities for exploration and discussion among Mayors on the role of compassion as an effective policy for their communities; and

13. BE IT FURTHER RESOLVED that the work of the Mayor’s exploration result in the development of policies, procedures, tactics, and practical guidance on the integration of compassion in programs to address the holistic wellness of communities especially as it relates to those most at-risk.

Want to read the entire resolution? It’s at http://usmayors.org/81stAnnualMeeting/media/proposed-resolutions.pdf. Scroll down to page 96. Mayor Castro isn’t attending, although the mayors of Dallas and Houston are there — just sayin’.