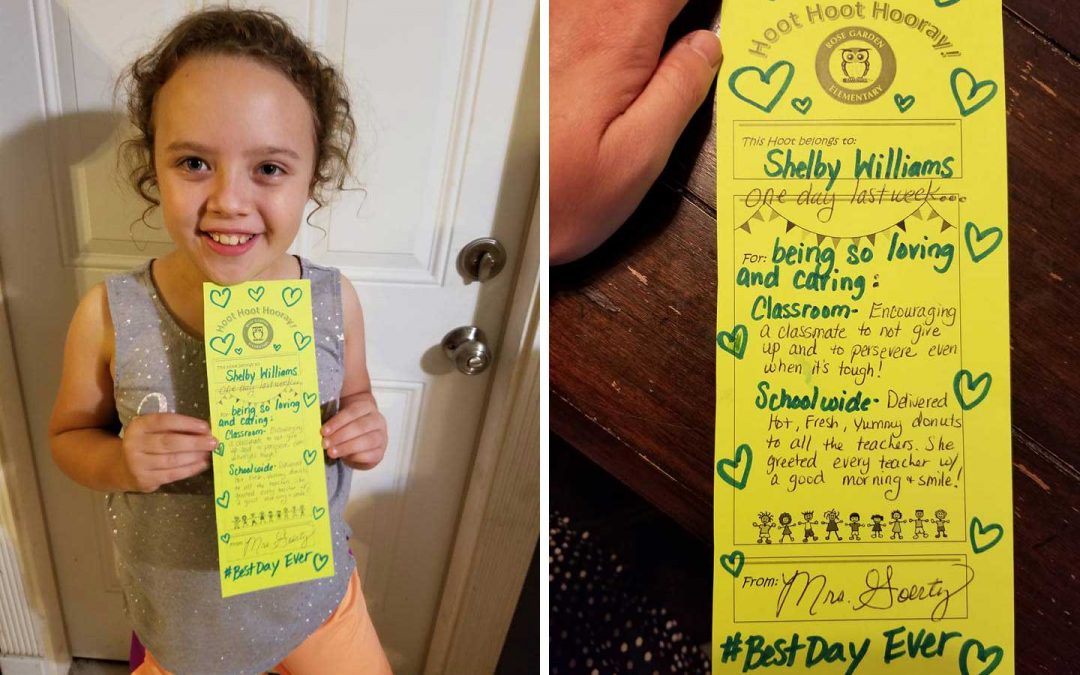 Found in the Express-News, 1 October, 2017
Pub Theology attracts diverse following
[Gavin] Rogers ends each meeting with what he calls a “two-minute sermon.” He selected the story of the Good Samaritan in the Gospel of Luke, in which Jesus is asked, “Who is my neighbor?” It’s the neighbors we disagree with, Rogers said. He hopes people who come around don’t just come “when you like the speaker.” 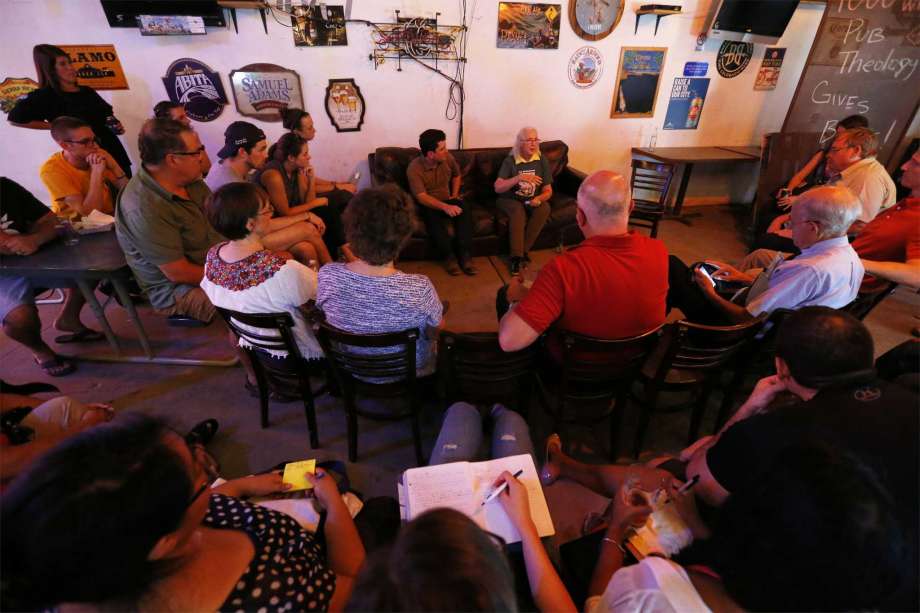 Found in the Huffington Post, 2 October, 2017
Looking through an Equity Lens at San Antonio
How important, then, is it that San Antonio is committed to gearing its budget to an equity lens? Incredibly so. But the next frontier should decidedly address implications that go well beyond physical infrastructure — to educational attainment, earning capacity, even residents’ health and well-being, to name just a few key factors. 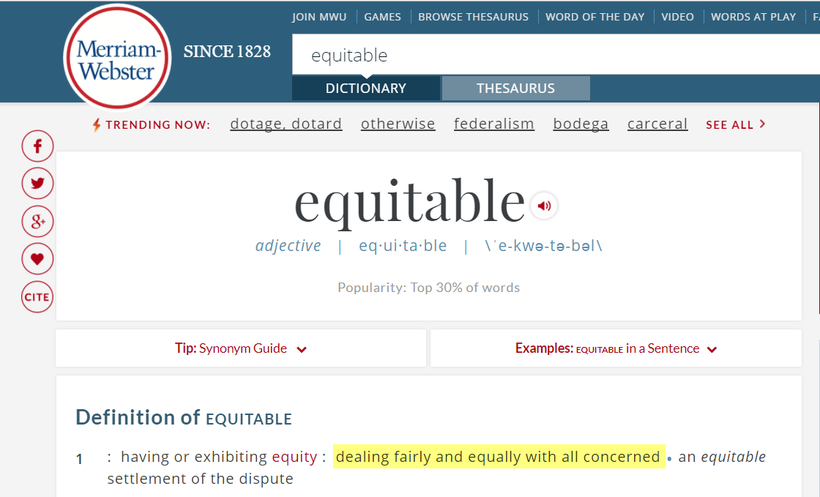 Found in a City of San Antonio news release, 5 October, 2017
City leaders approve progressive changes to animal laws
“Laws are intended to promote and protect a community’s quality of life,” said Heber Lefgren, ACS Director. “The improved ordinance does just that by considering the balance between animal care and control as well as pets and people.” 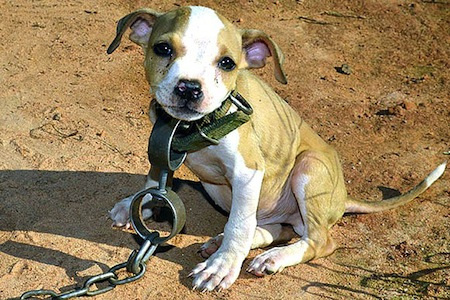 Read in Out in SA, 5 October, 2017
SA Attorney to Receive Stonewall Award from American Bar Association
duardo Juarez is currently a supervisory trial attorney with the San Antonio field office of the Equal Employment Opportunity Commission, where he litigates lawsuits under federal civil rights statutes that prohibit employment discrimination. 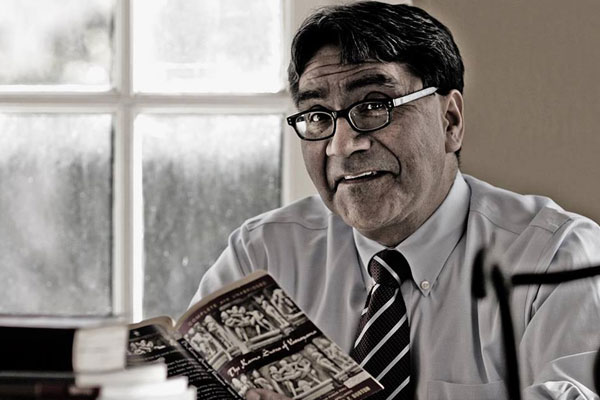 Seen in the Express-News, 5 October, 2017
Local Puerto Rican community aids devastated homeland
“It’s one of those things when the need arises, people come together. The ones that are here came together to support the people as a whole, not just their families.” 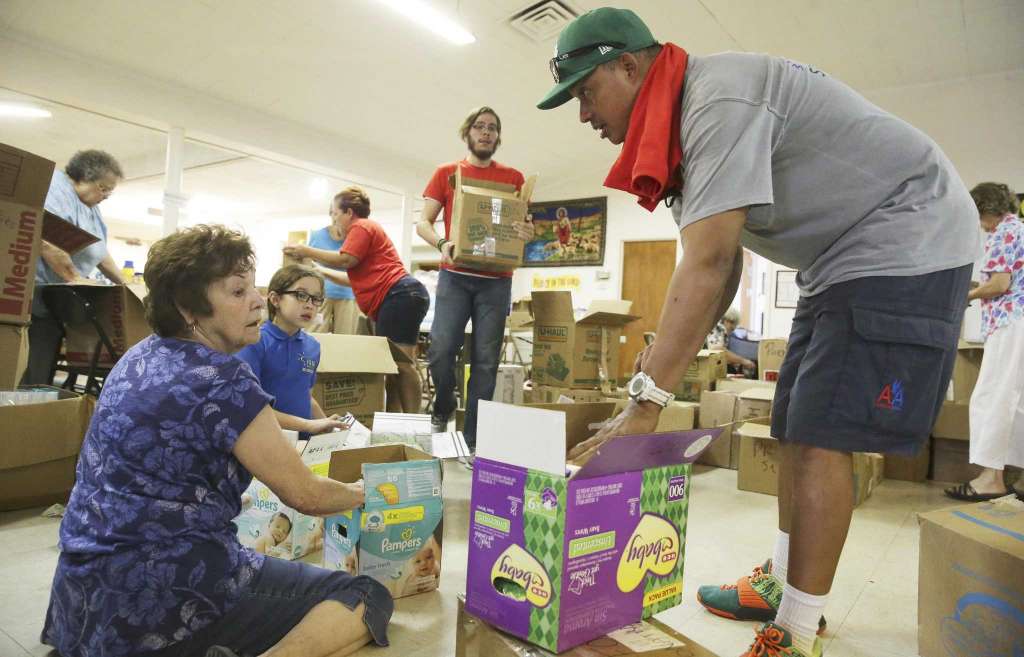 Seen in the Express-News, 6 October, 2017
New S.A. dinner club to help women and addicts in the kitchen
Inspired by his daughter who wants to be a chef and by his own past, [Joel Rivas] aims to give back to the field he loves through the Saint City Culinary Foundation and Saint City Supper Club, the licensed nonprofit and dinner club, respectively, he created to raise funds to help recruit more women to work in kitchens and to help those in the service industry battling addiction. It’s support local chefs say is truly needed. (The headline in the print edition is: “Compassion dished out for eatery workers.”) 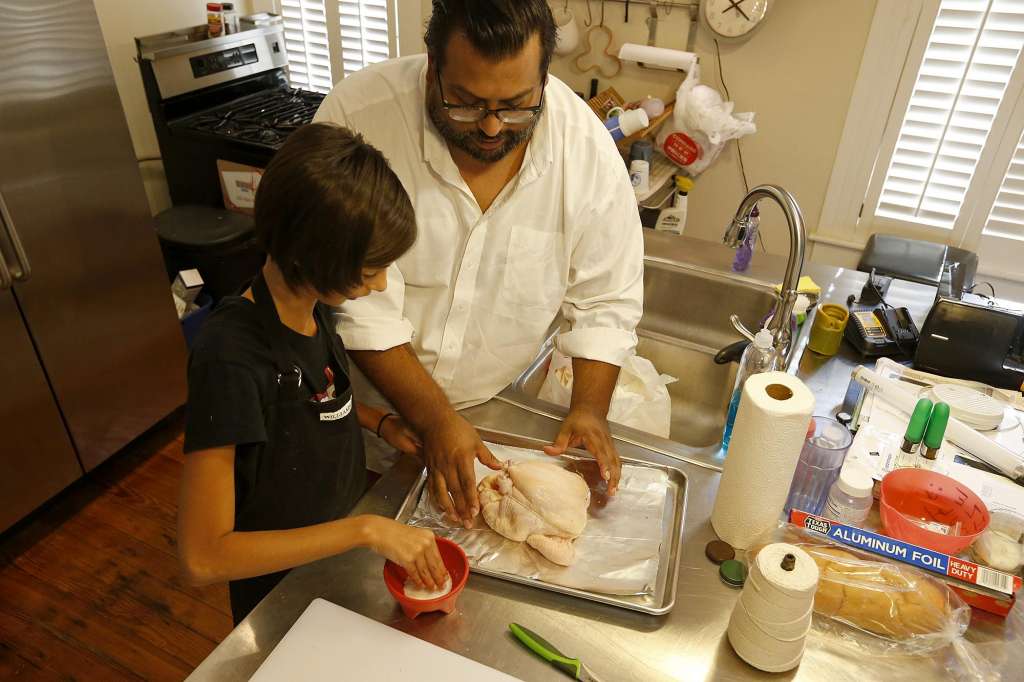 Seen in the Rivard Report, 6 October, 2017
Businesses Urged to Help Improve San Antonio’s Air Quality
“This event, from where we can harmoniously cultivate a healthy community and a vigorous economy, is a testament to the work we’ve done to bridge the divide between business leaders and environmental advocates,” [Mayor Ron] Nirenberg told an audience of about 200 people. 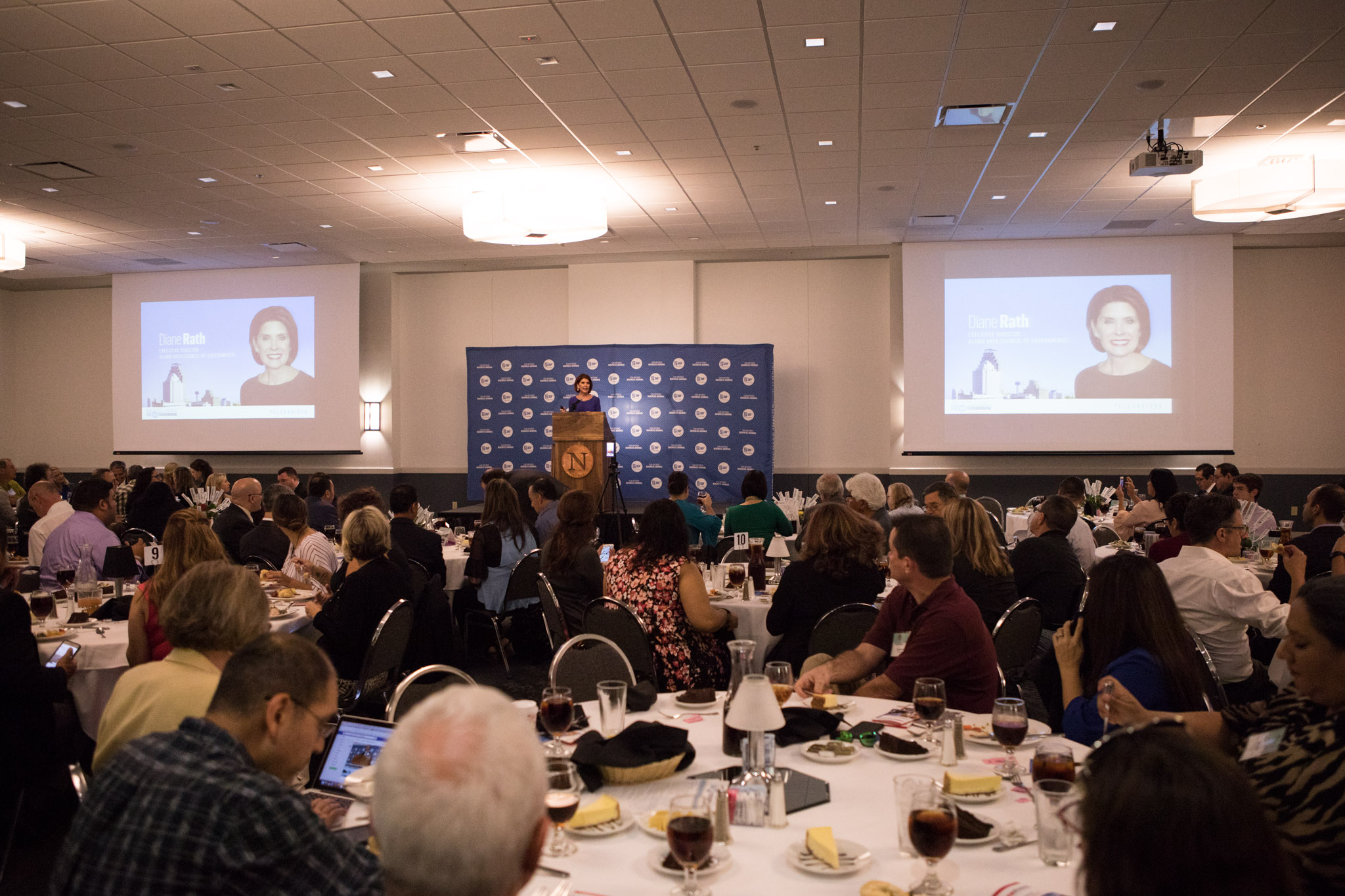 Seen on News 4 San Antonio, 6 October, 2017
District Attorney La Hood says ‘cite and release’ program will be good for Bexar County
“The Bexar County jail is for people that as a society we are afraid of, not for people that we are just mad at and to be honest that is what the system has become, we are locking people up who we are simply mad at,” said Sheriff Javier Salazar.

Also found an Express-News editorial, 8 October, 2017
Cite and release a worthy policy
“We have to balance community safety, fiscal responsibility for taxpayers and opportunities for the citizens accused,” [Bexar County District Attorney Nico] LaHood said. “When utilized, this program will allow officers to stay on our streets and continue to protect our community, help reduce the burden on our criminal justice system and, at the same time, allow the citizens accused an opportunity to learn from a poor choice without having the stigma of an arrest over their head.”

Seen on Fox 29, 6 October, 2017
Local couple uses pain to better lives of caregivers for military families
[Roxanna Delgado] explains, ‘You know looking back now, I say, what did you learn from circumstances? You cannot let those circumstances define who you are but help you redefine where you’re are going. And, that’s one of the things I try to focus on. How can we use our experience and our story and our journey to help others coming behind us?’

Found in FOLO Media. 6 October, 2017
Peace in the barrio
“You have to give back to the community, mijo,” my mother once said. “We don’t have much, but there are people out there that have it worse than us.” 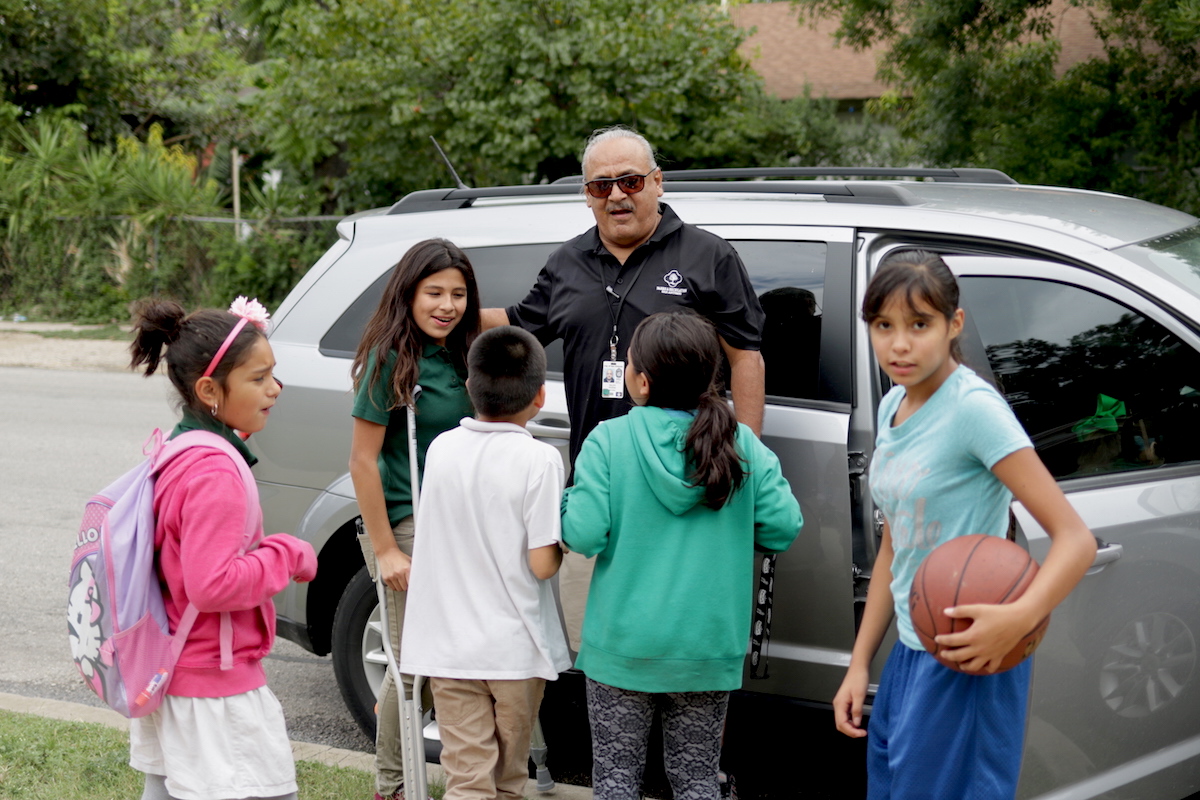 Found on the St. Francis Episcopal Church Facebook page. 7 October, 2017
Refugee Health Clinic
The Refugee Clinic sponsored Flu shots in the Parish Hall and we held a public blessing of the Animals in the parking lot. The Clinic provided educational information about health insurance and the dental students taught kids how to brush their teeth. The Clinic provided 86 flu shots. 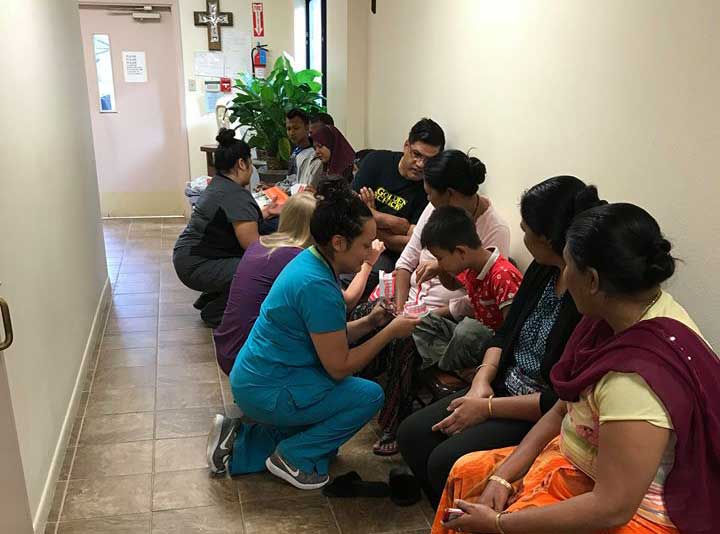 Found in the Rivard Report, 8 October, 2017
Juvenile Justice Courts Promote Education Over Incarceration
“The family doesn’t know what to do, the child feels helpless, and if the child doesn’t get the help they need it will get worse. It’s a critical time to intervene and help the child and family build on the strengths they do have.” 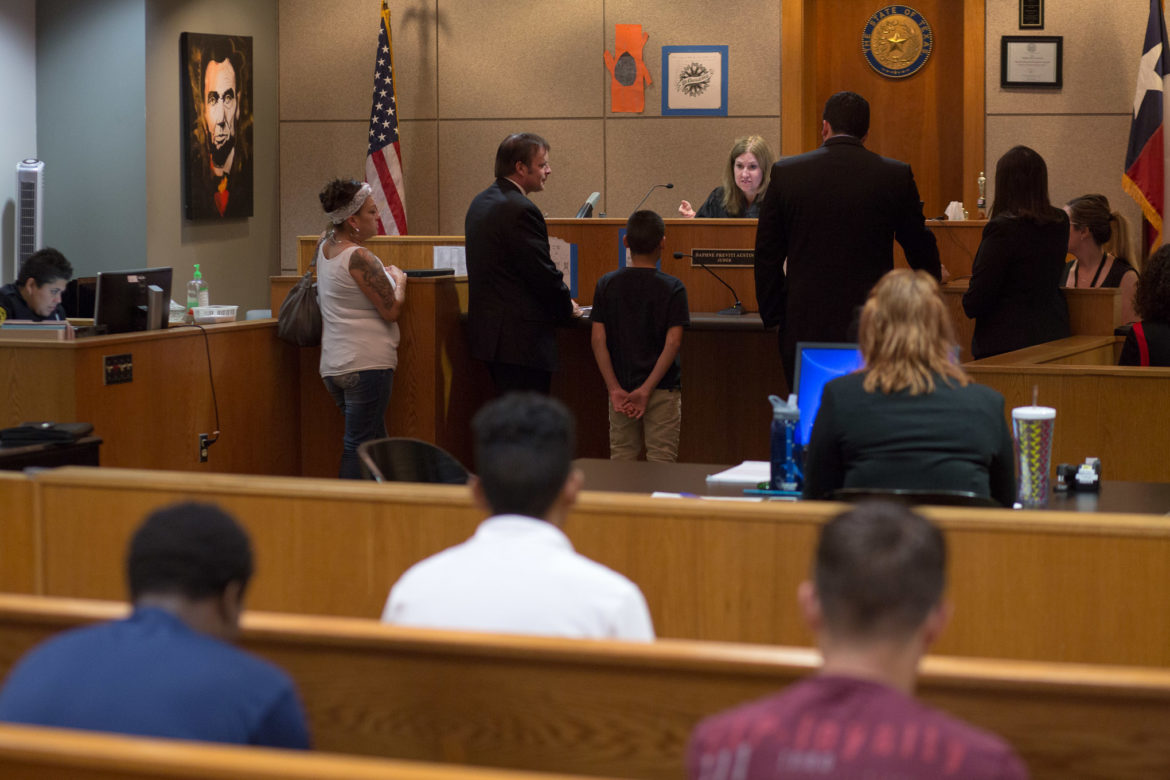 Found in the Rivard Report, 9 October, 2017
How San Antonio Can Shed Its ‘Unhealthy’ Label and Earn Gold
Metro Health Director Colleen Bridger told the Rivard Report that she appreciates the CityHealth rankings because they provide concrete information on specific policy changes that can be made to improve health quality throughout the city. 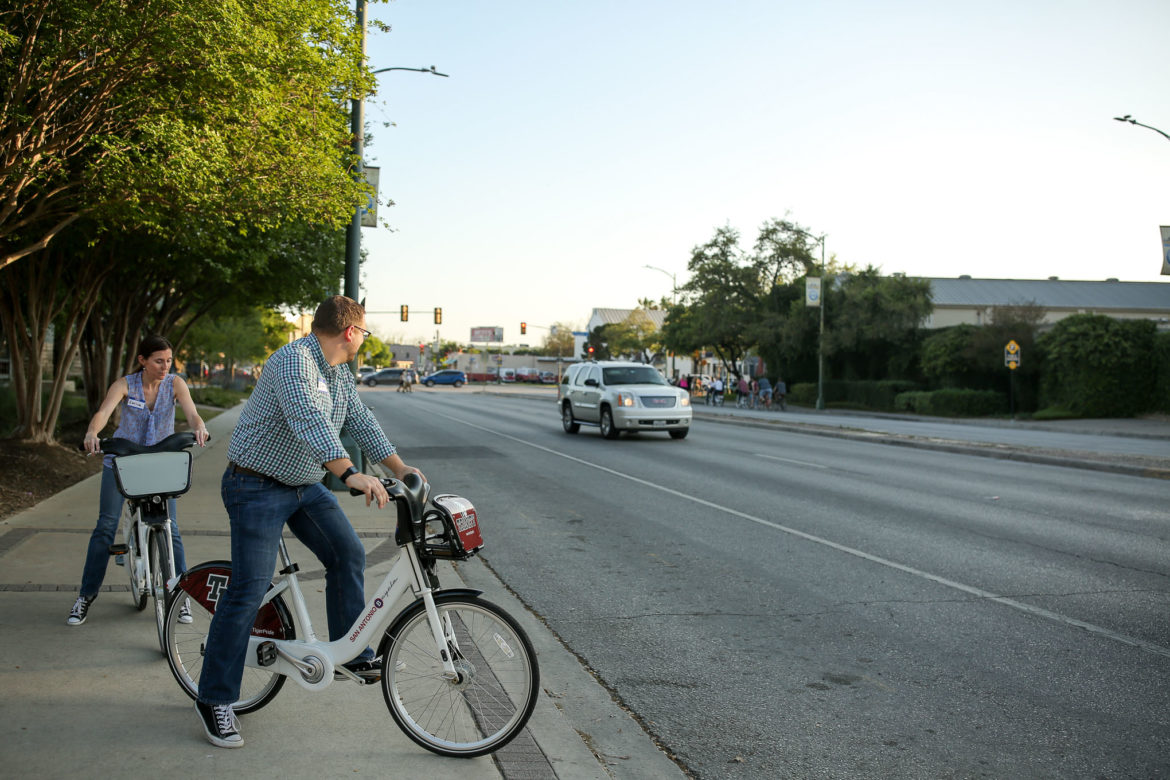 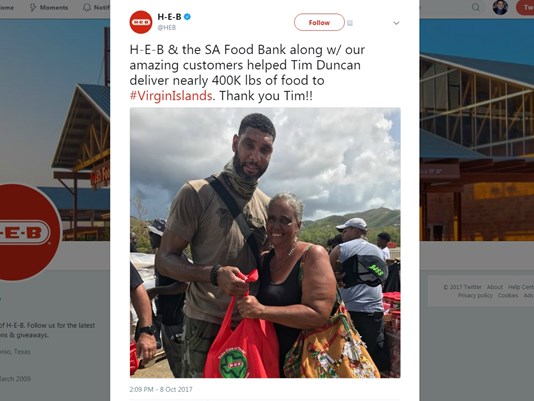 Found on KABB Fox 29 on 8 October, 2017
Group works to reduce crime at convenience stores on the West Side
[Ray Schultz with I-Watch San Antonio -District 5] drafted a letter that he plans to hand out to all 107 store owners. It encourages them to be better neighbors by keeping a watchful eye and reporting graffiti, vagrant and people hanging out around stores. Schultz calls these red flags or signs that something is going on.

Found in the Express-News, 10 October, 2017
Abstinence-only does not ‘follow the science’
Locally, the cuts will affect a study of sex-ed curriculum in three school districts along the Texas border and the delivery of sex education to 17,000 students in Bexar County. These programs teach abstinence as well as contraception, and they have proved effective. In 2010, Bexar County’s birth rate for teens was an astounding 50.9 per 1,000 teens ages 15 to 19, according to Metro Health. By 2014, it had dropped to 37.4. (Nationally, the rate in 2014 was 24.2.) 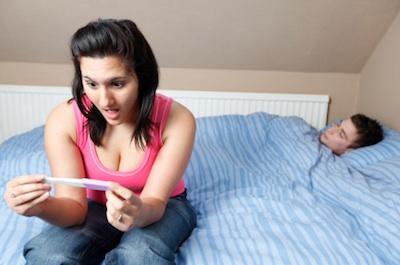 Found on KTSA, 10 October, 2017
Advocates Push for More HPV Vaccinations in Bexar County
The goal is to get more Bexar County boys and girls to get the HPV vaccination series, which is 2-3 doses, depending on the patient’s age. 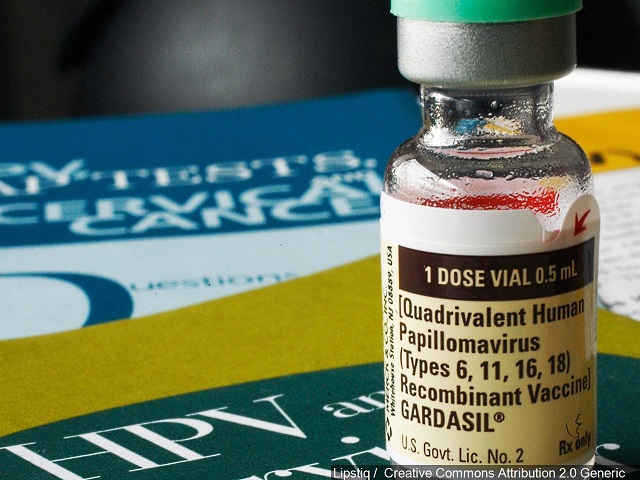 Found on Texas Public Radio, 11 October, 2017
90-90-90 Plan Takes On The Spread Of HIV, AIDS In San Antonio
“And the first thing that we need to do is to pull the community together for what’s called the 90-90-90 plan. 90 percent of the who are HIV positive know their status. 90 percent of the people who are HIV positive will be taking the medication to reduce their viral load. And of those who are taking the medication 90 percent will have reduced their viral load to zero,” said [Metro Health Director Coleen] Bridger. 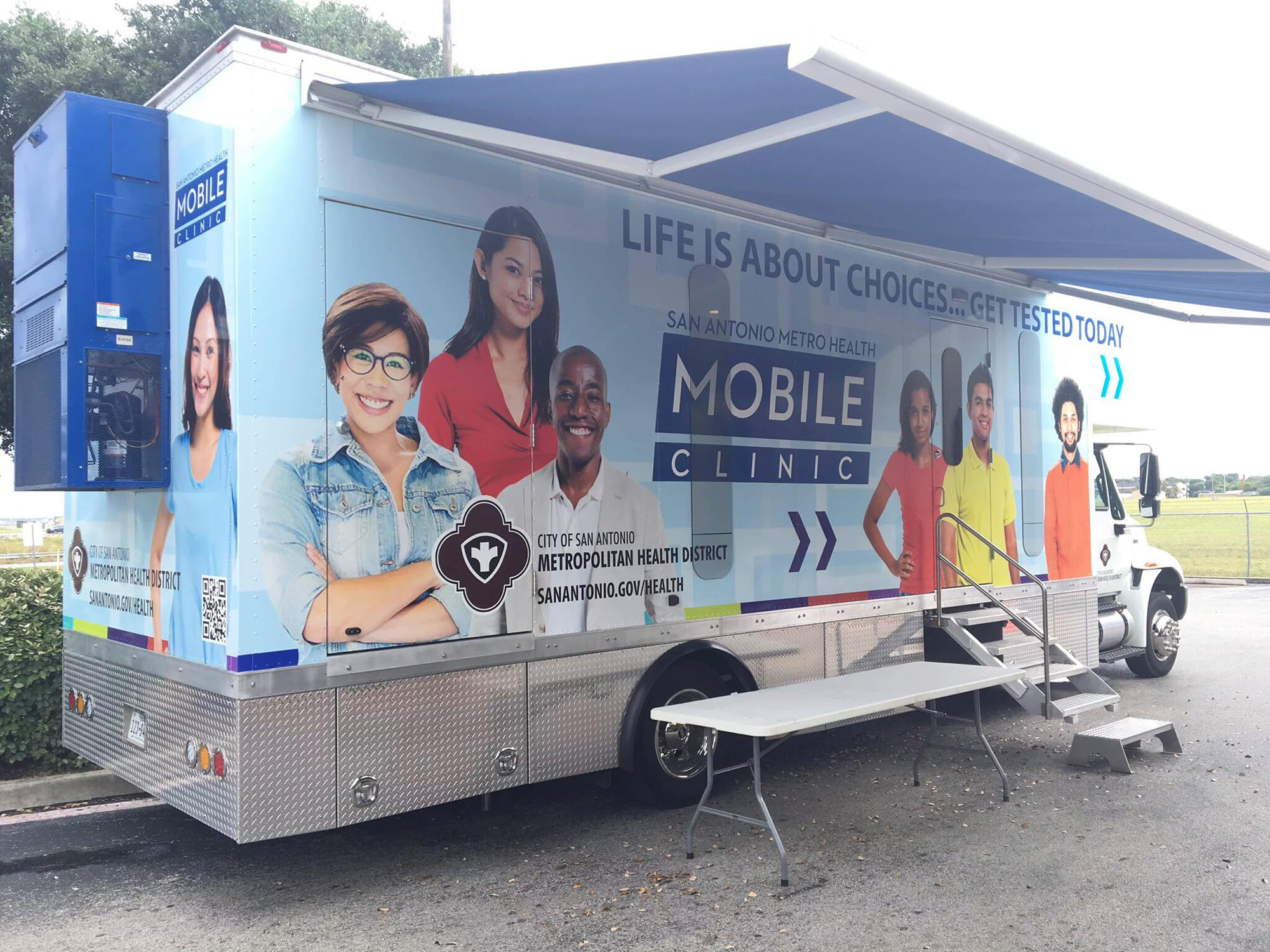 Seen in the Rivard Report, 10 October, 2017
McCullough Avenue Consortium Organizes to ‘Be Light, Not Blight’
“I wanted people to see CAM and say, ‘Oh, that’s that place my church supports,’” [CAM Executive Director Dawn White-Fosdick] said. “And I wanted them to see it from the perspective of, ‘That’s a joyful and powerful place [where] I could be a part of giving back.’” 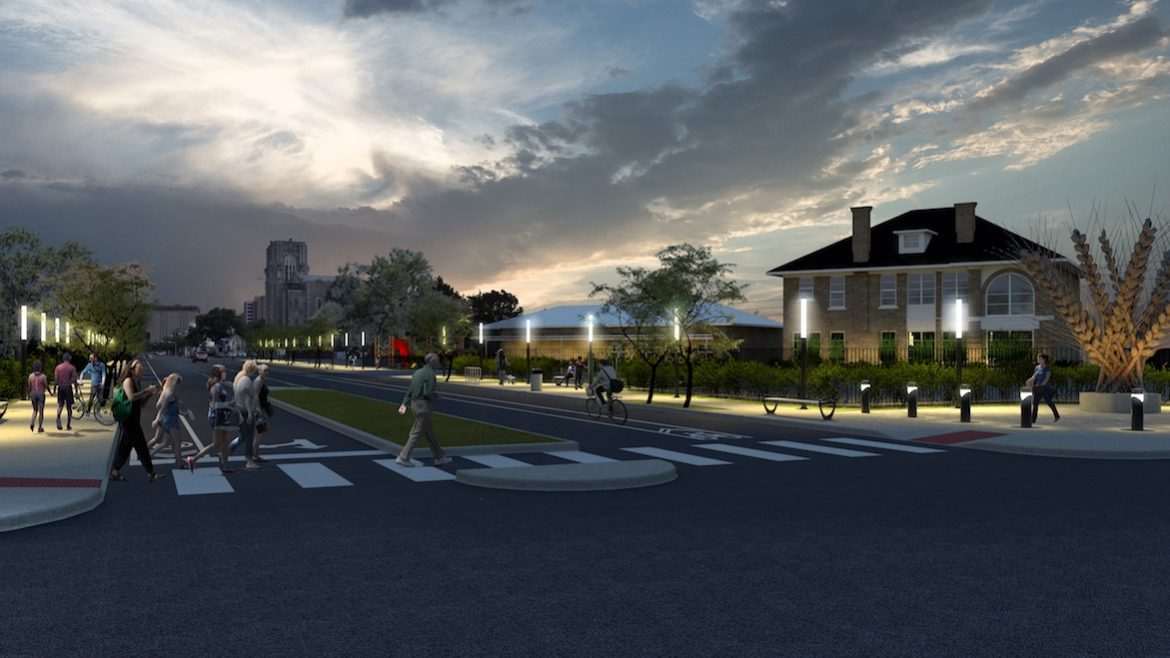 Found in the Rivard Report, 10 October, 2017
Education Advocates: When the State Fails, Schools Lean on Community
What the State denied its youngest citizens in dollars, the San Antonio community has rallied to make up through volunteerism, [Northside ISD Superintendent Brian] Woods said. 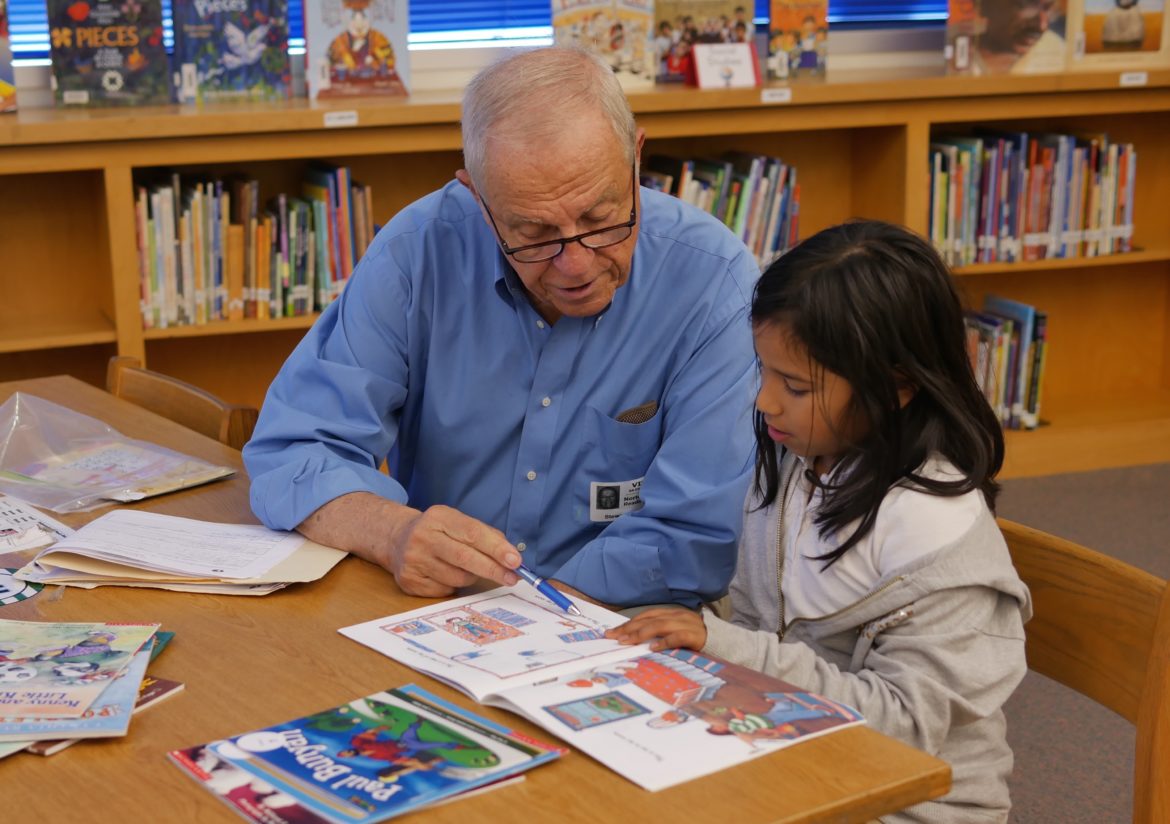 Seen on fox 29 on 11 October, 2017
Third Annual San Antonio Feminist Film Festival
The festival is designed to foster conversation and the exchange of ideas related to the achievement of full equality. The arts are used as an avenue to achieve the level of conversation that results in change. 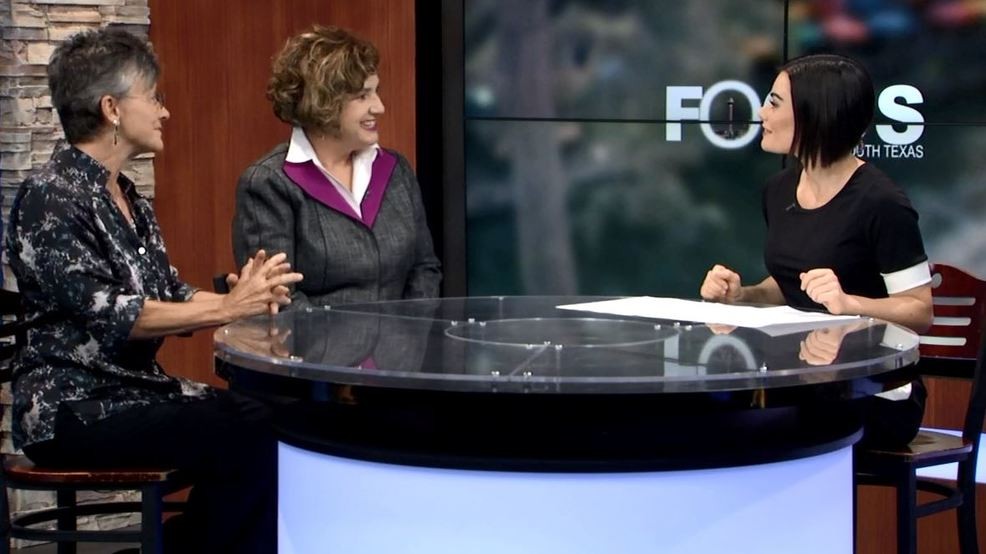 Found in the Rivard Report, 11 October, 2017
SAISD Plans to Tackle Poverty One School at a Time
As enrollment demand increases, [Mohammed Choudhury, SAISD’s Chief Innovation Officer] explained, it is important not to allow specialized schools to become middle-class islands in a sea of concentrated poverty. 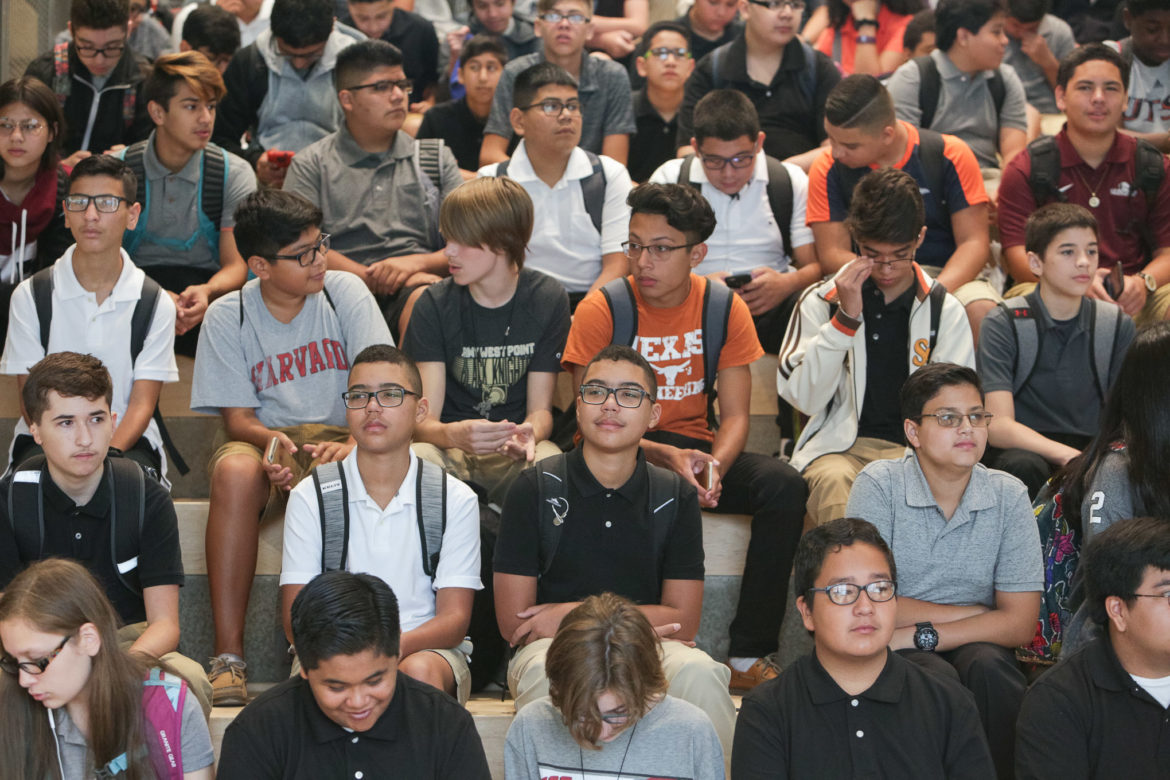 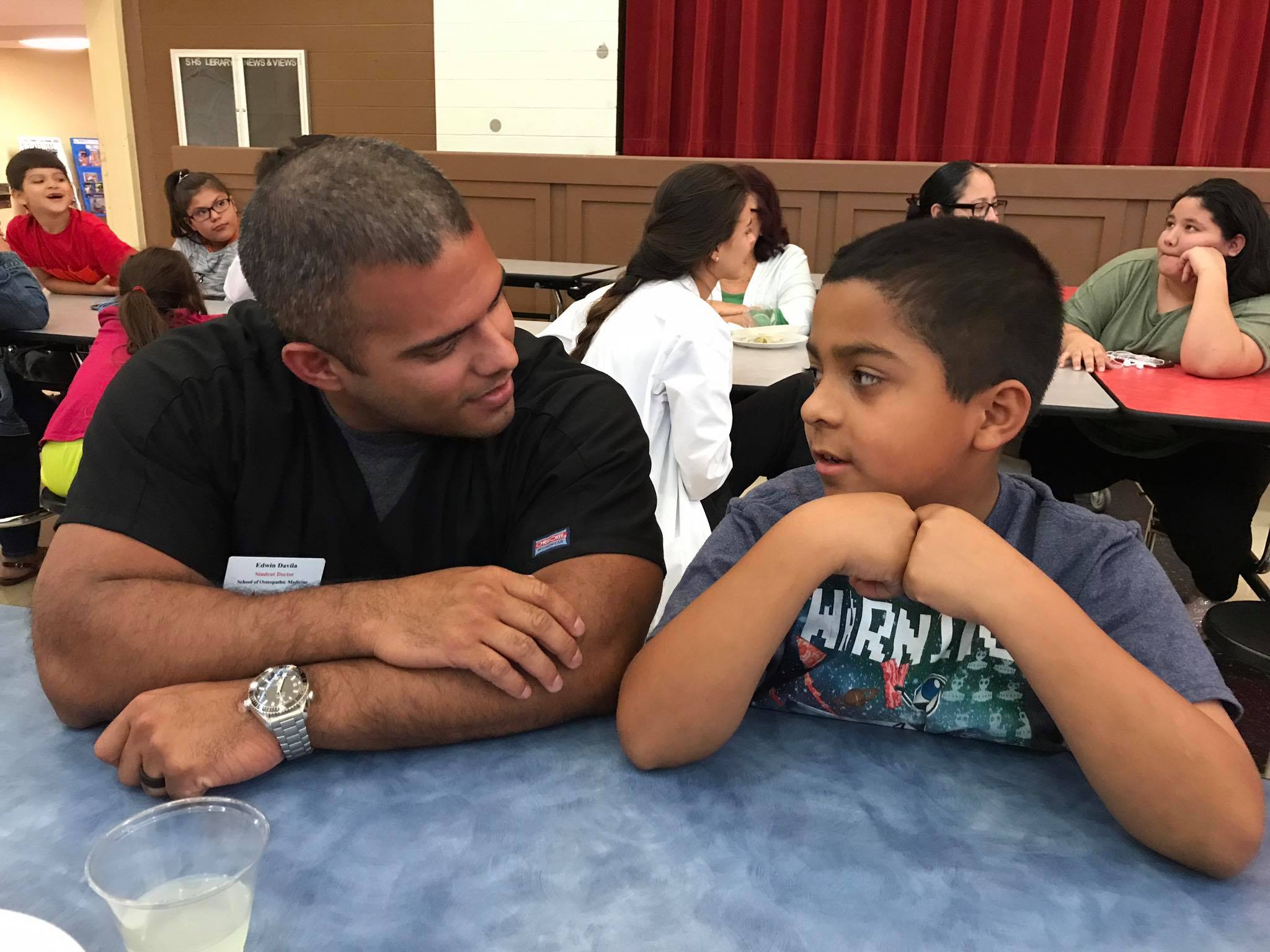 . . . is a grassroots movement that promotes, supports and celebrates San Antonio’s commitment to be a world-class compassionate city: one where the civic government, the religious and volunteer organizations, the businesses, the community and its educational institutions come together to recognize the importance and value of compassion in the life of a city and by doing so create an ethos of compassion and a safety net for its most vulnerable citizens.   #CompassionateSA