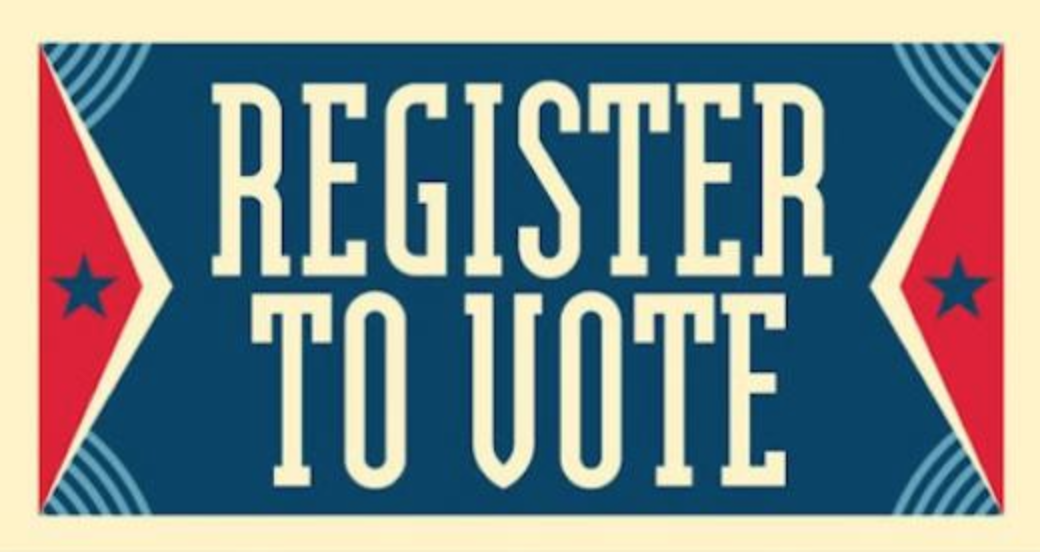 Found in the Current, 25 September, 2019
Healthy Corner Store Update: Produce Sales in San Antonio’s Biggest Food Desert Jumped by Nearly 600% in Four Months
The project is expected to grow from seven stores to 12 or 15 over coming months.

Found in the Rivard Report, 25 September, 2019
Healthy Corner Stores Initiative in Southside ‘Food Deserts’ Leads to Spike in Produce Sales\
Prior to April, Gas N Go did not sell any fresh produce in its store, but now has shelves stocked with potatoes, onions, bell peppers, cantaloupe, apples, bananas, and more. 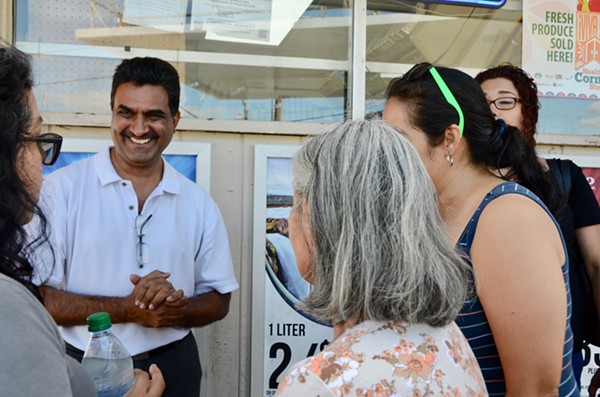 Seen on KENS 5, 26 September, 2019
NEISD graduates donate leftover lunch money to other students
The money will go to children who aren’t already receiving a free or reduced lunch, but still need some help to get by. 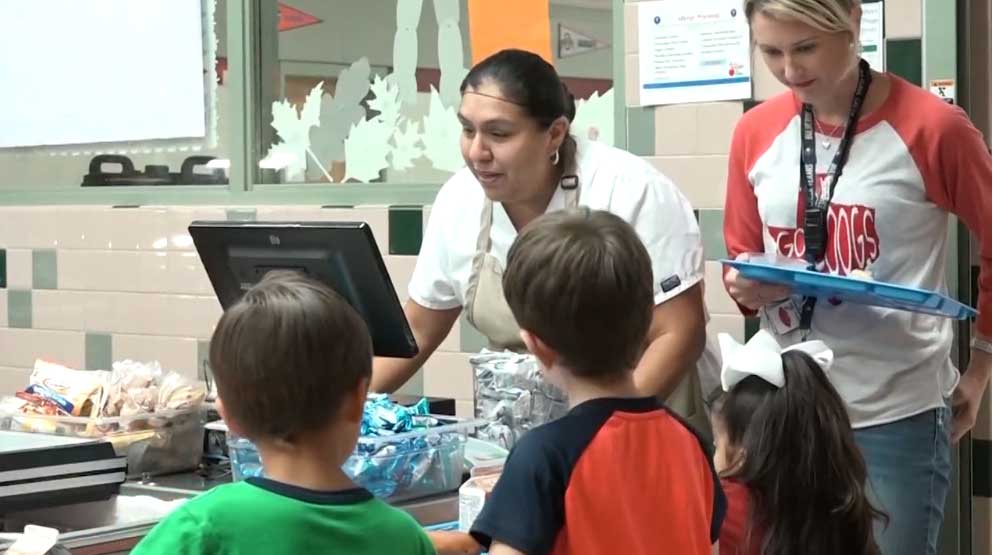 Seen on Spectrum News, 27 September, 2019
The People’s Nite Market Provides Access to Healthy, Affordable Foods on West Side
“It’s not about me, it’s not about you, it’s about everybody just coming together and just live a happier life.” 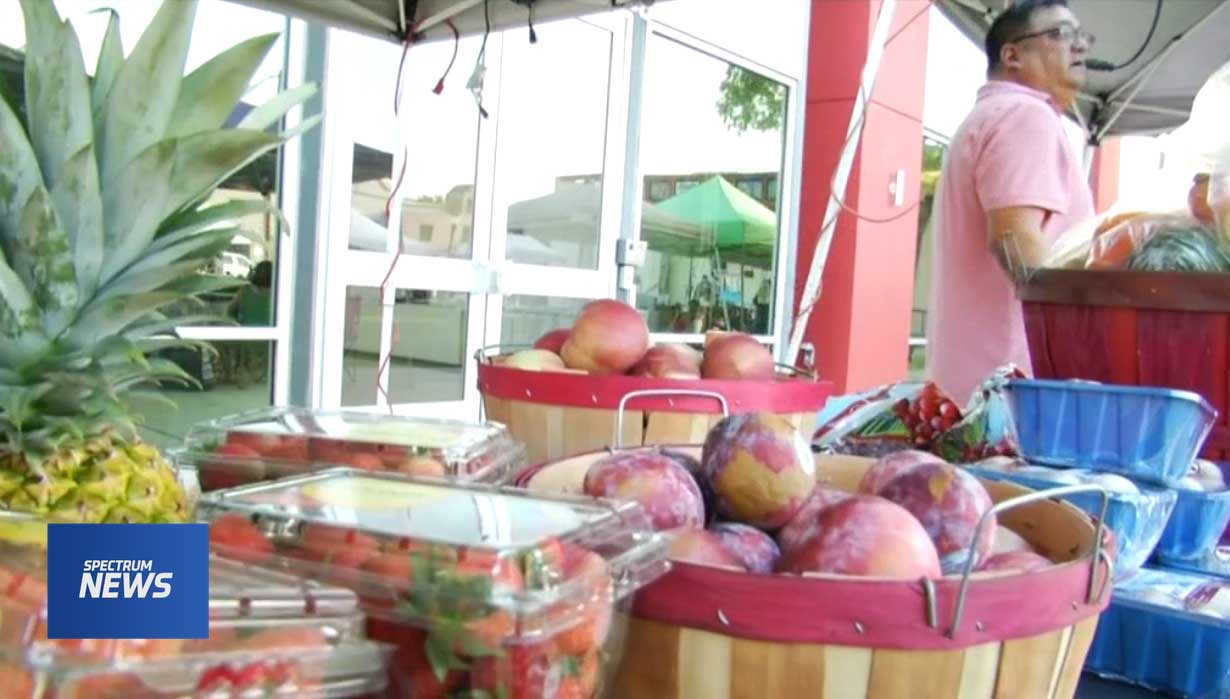 Found in the Current, 27 September, 2019
San Antonio Food Bank Announces $23.5 Million in Capital Projects to Combat Local Poverty and Feed Thousands More
“We can’t expect to solve hunger with a canned good anymore. The solution needs to be comprehensive and holistic and address those basic needs, including food.” 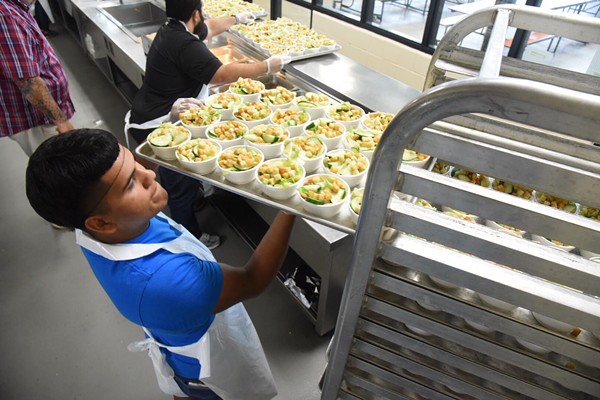 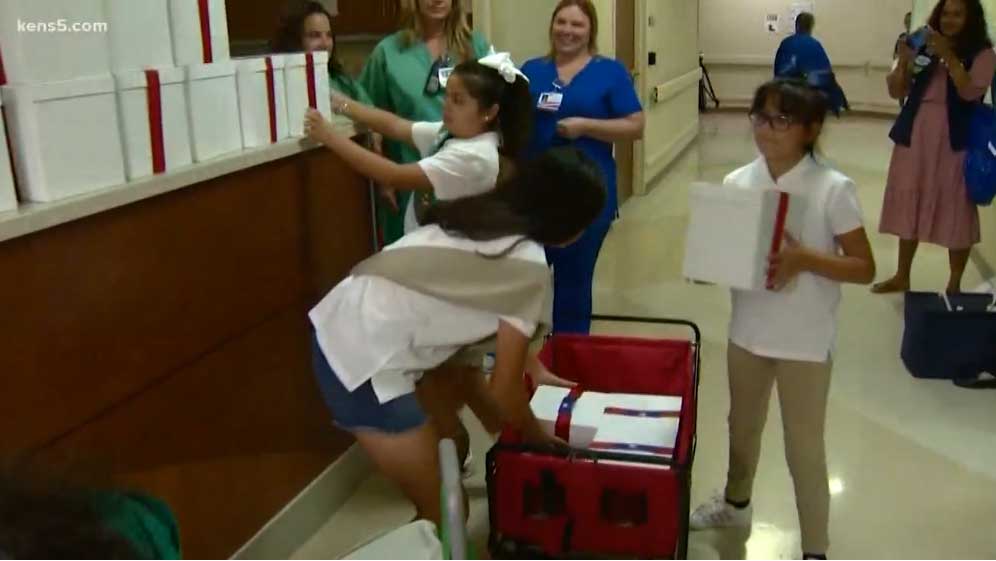 Found in the Rivard Report, 29 September, 2019
City’s First Faith-Based Liaison Aims for a More Compassionate San Antonio
Mayor Nirenberg: “I don’t see us ever not needing a shepherd [for compassion] because it’s just the nature of bureaucracy to forget the humanity of what we’re trying to do.” 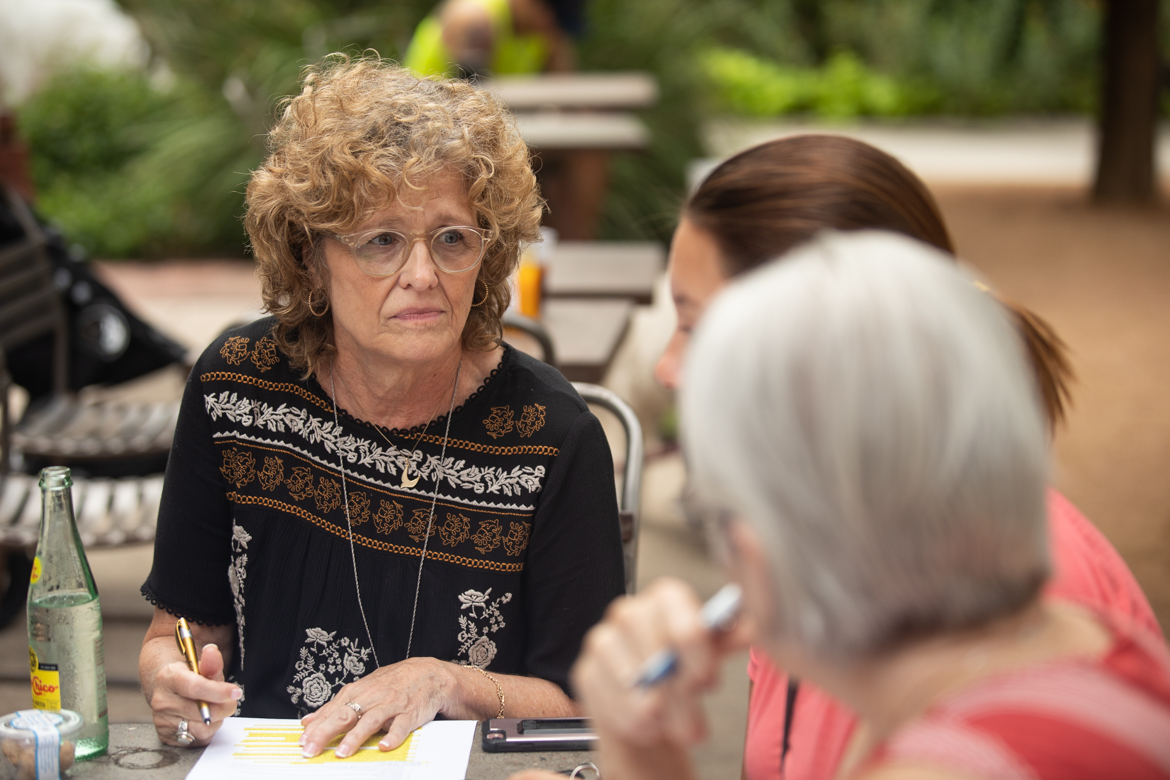 Found in the Rivard Report, 1 October, 2019
In Second Book, Lorenzo Gomez Talks Back to His 12-Year-Old Self
“No matter what label someone gives us or what choices we make, we can all change things about ourselves, and have understanding for others.”

Heard on Texas Public Radio, 1 October, 2019
Tech Advocate Tackles Mental Health In Newest Book
“When I would see a spirited discussion, my heart rate would start racing, because my 12-year old self would say ‘the violence is coming soon.'” 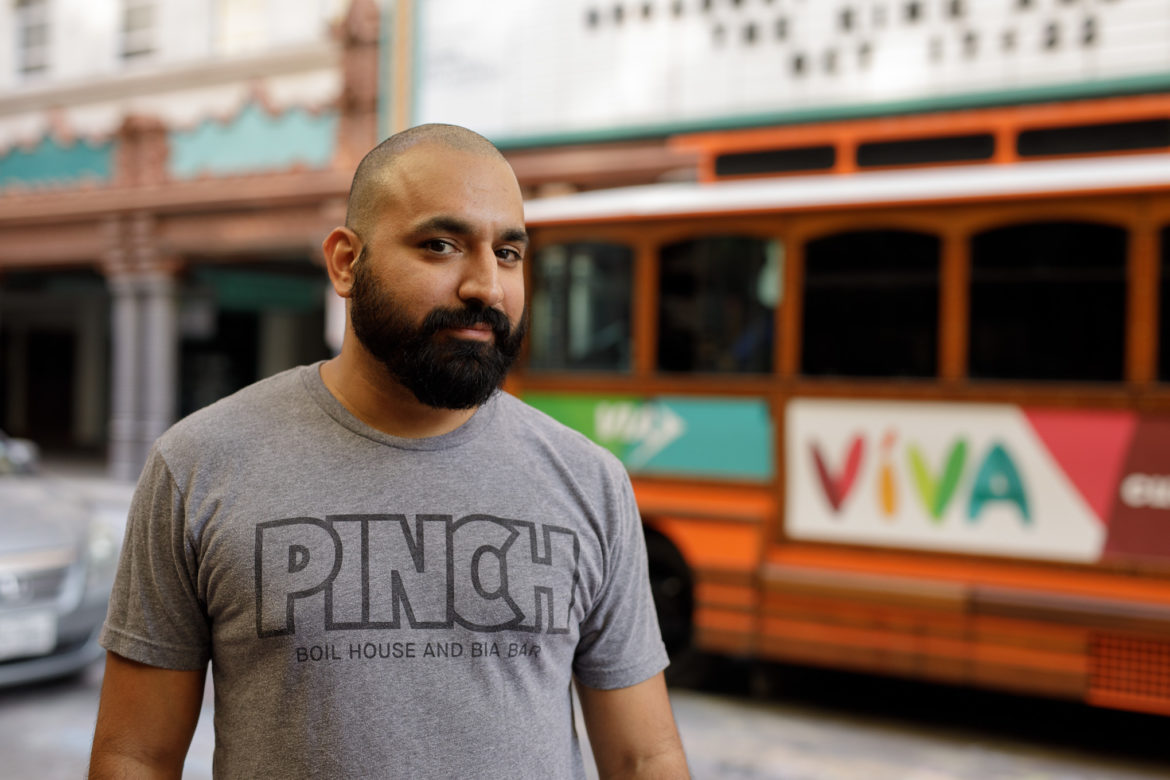 Found in the Current, 30 September, 2019
San Antonio Doctor Featured on The Kelly Clarkson Show for Using Art Sales to Help Patients Pay Bills
The doctor creates paintings in his spare time and sells them, putting his earnings to toward bills his patients may not be able to afford. 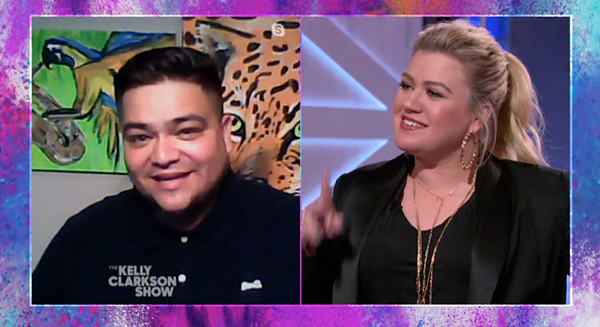 Found in San Antonio Magazine, October 1, 2019
Kim Abernethy, ChildSafe CEO, says new campus provides healing for clients and staff
The center serves kids who’ve been abused or neglected and in its new center also houses partners like Child Protective Services workers, police and sheriff’s officials and members of the District Attorney’s office so that the process of navigating a child and family through the system can be as seamless as possible. 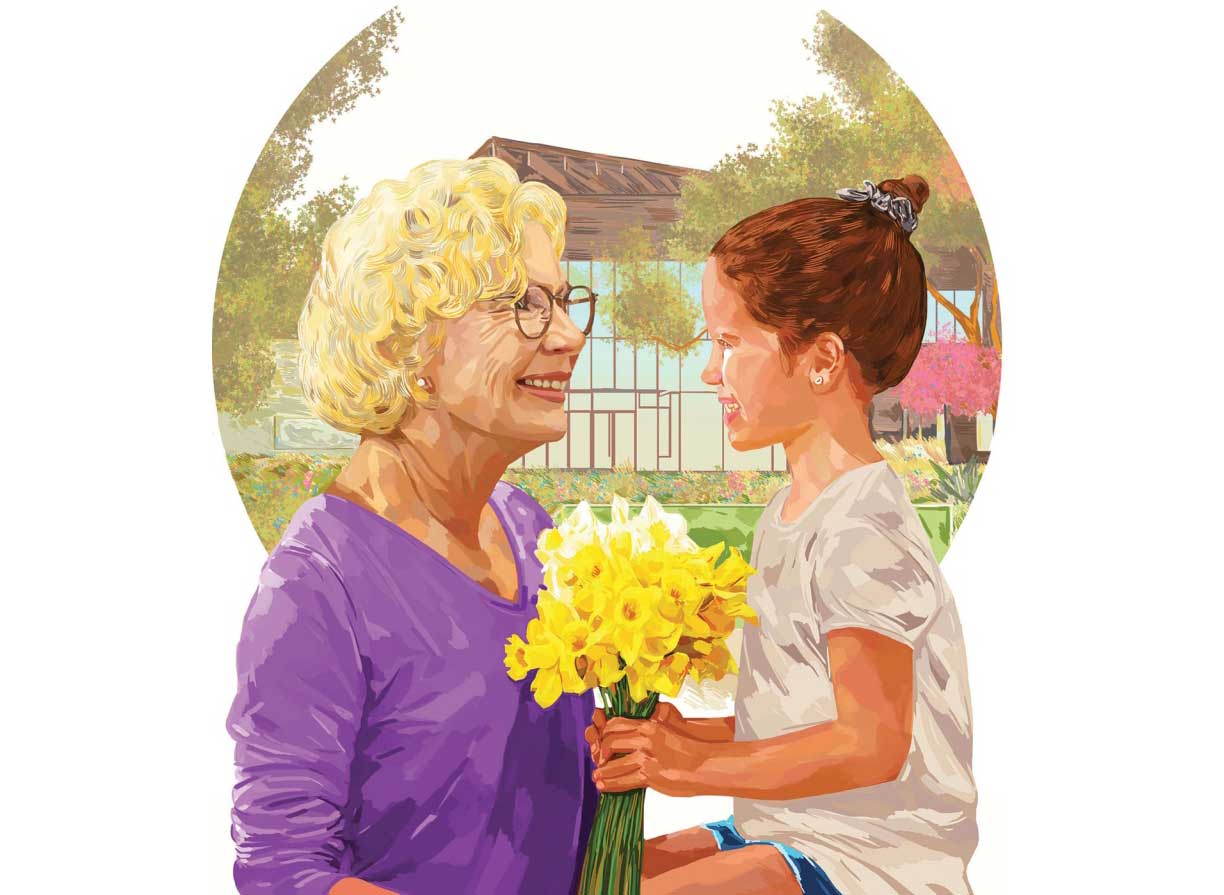 Found on WOAI 4, 2 October, 2019
AlamoPROMISE to cover college costs for San Antonio students at Alamo Colleges
It will cover the gap between financial aid and tuition and fees for up to 3 years. Household income does not disqualify students.

Found in the Rivard Report, 2 October, 2019
Free Community College Tuition Program Alamo Promise Launches at 25 Local High Schools
In its first year, Alamo Promise will be open to students from 25 local high schools as a last-dollar scholarship, meaning the program will cover any remaining expenses not already covered by other scholarships or grants. 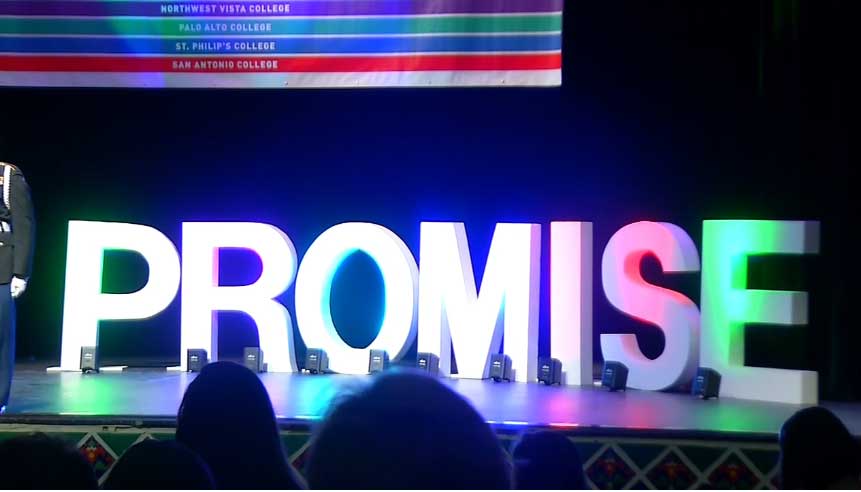 Found in the Express-News, 2 October, 2019
‘Love is …’ San Antonio leaders unveil domestic violence awareness campaign
Love is compassionate, they say. It’s empowering. It’s when you trust someone, and build them up to be better people.It’s not violent. It’s not demeaning. It’s not reproachful.

Found in the Rivard Report, 2 October, 2019
San Antonio’s ‘Love Is’ Campaign Targets Domestic Violence
“This PSA is setting the ground-level cultural expectations about what love is, moving to what love is not, moving to what resources are available to you in the community,” Assistant City Manager Colleen Bridger said.

Seen on KSAT 12, 2 October, 2019
Students reminded to play it safe while walking to school
In recognition of International Walk to School Day, representatives from Safe Kids San Antonio were out Wednesday making sure kids were being safe on their walk to school. 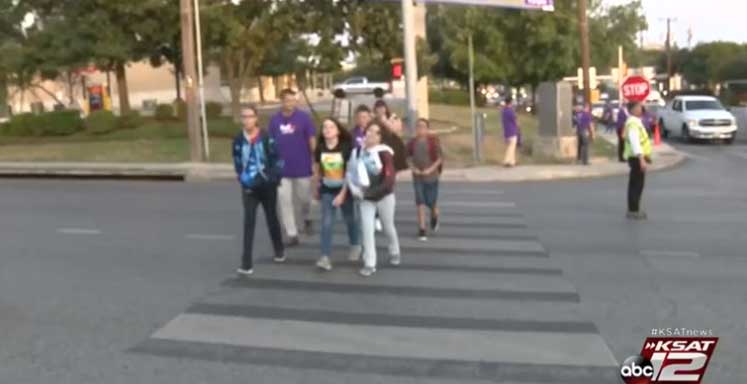 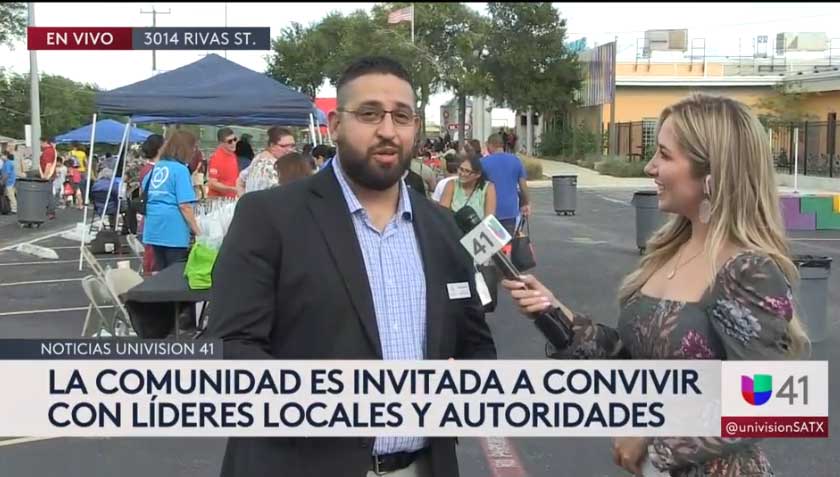