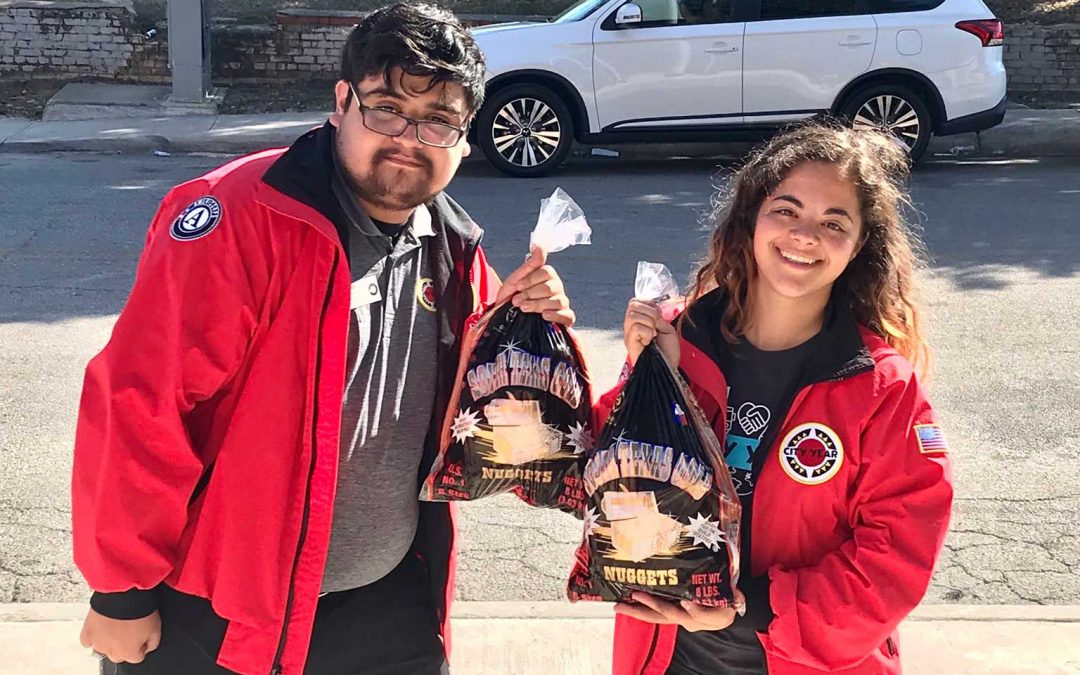 On Tuesday, This afternoon @CityYearSA Corps delivered fresh vegetables to parents and community members at Tafolla Middle School during dismissal as a part of a community partnership with @safoodbank.  We publish this compassionate news roundup every Wednesday afternoon. If you want to get the news sooner, follow us on Twitter @compassionNET1. And don’t forget to use the hashtag #compassionateSA so we can find YOUR compassionate acts!

.Found on KENS 5, 3 October, 2019
Blessing of the Animals ceremony brings pets, people together
The annual ceremony is in honor of St. Francis of Assisi, the patron saint of animals. 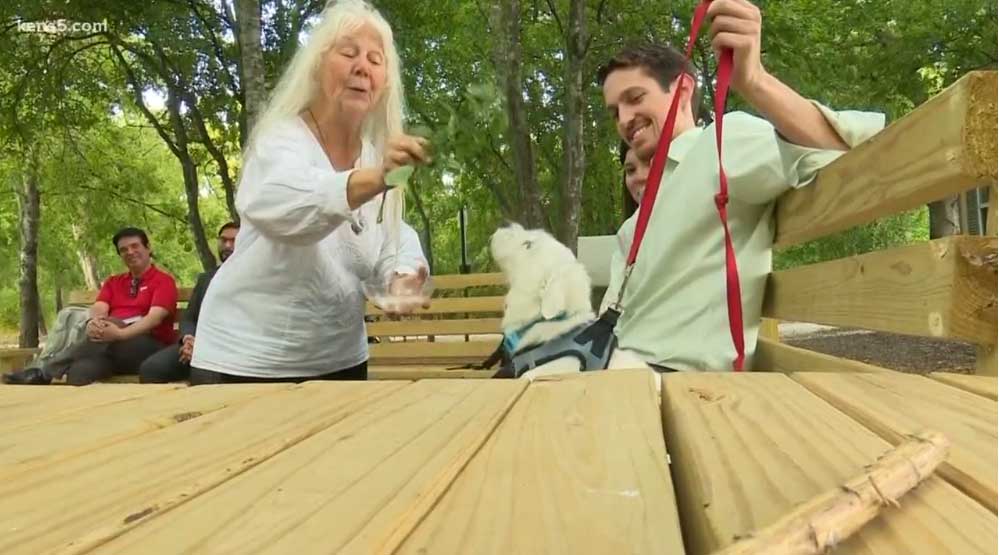 Found in the Rivard Report, 5 October, 2019
Why Are We Still Afraid of Our Streets?
The collateral damage of the current, car-centric approach has been the death of streets as public spaces. Without people in public spaces, there is no community. The socialization and development that occurs when kids (and adults) interact is vital. 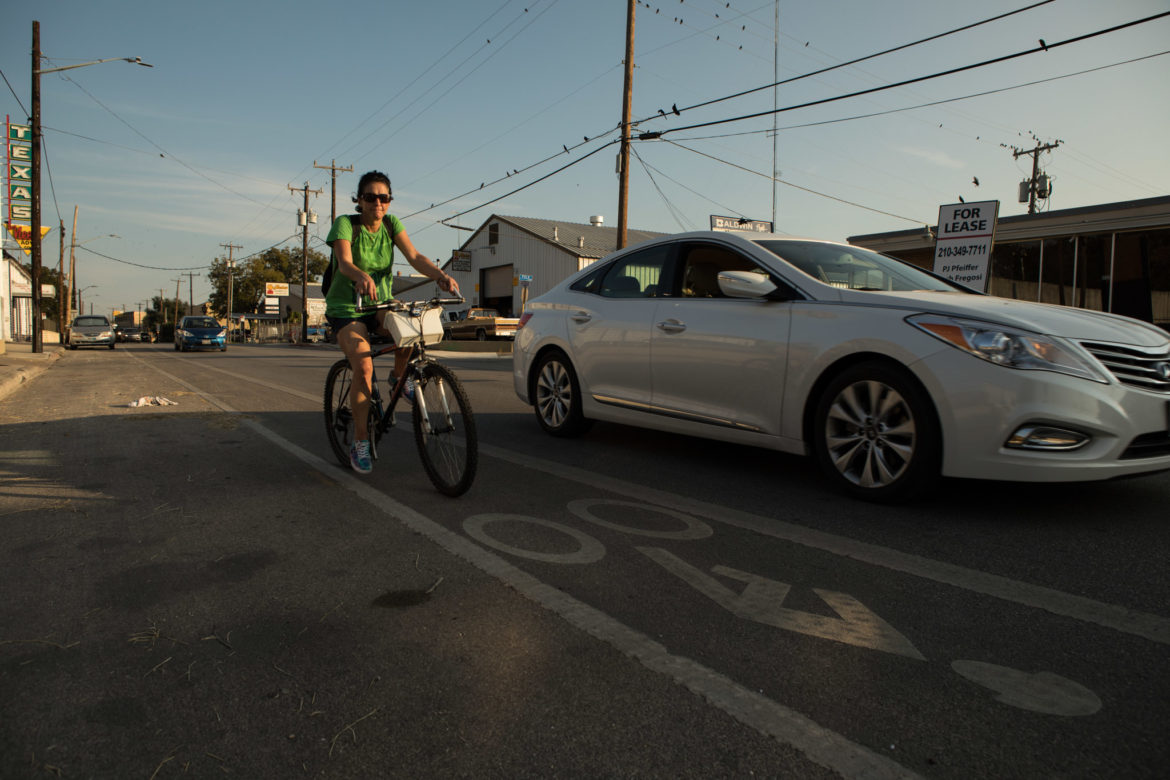 Seen on WOAI 4, October 4, 2019
Mom worried no one would show up to son’s party asks for community’s help
At a young age, Cross is learning about the power of kindness from strangers. 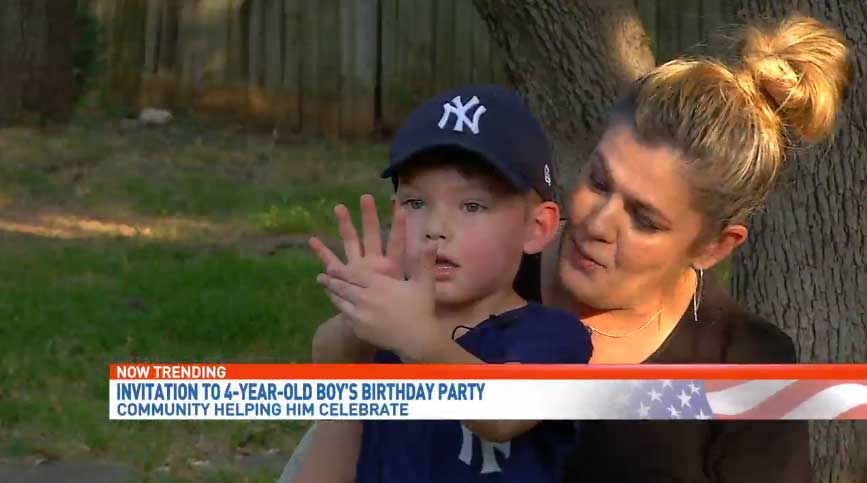 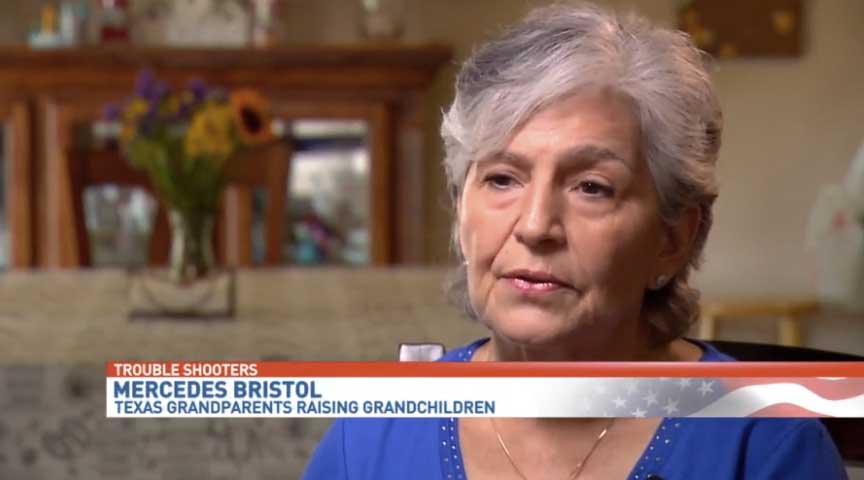 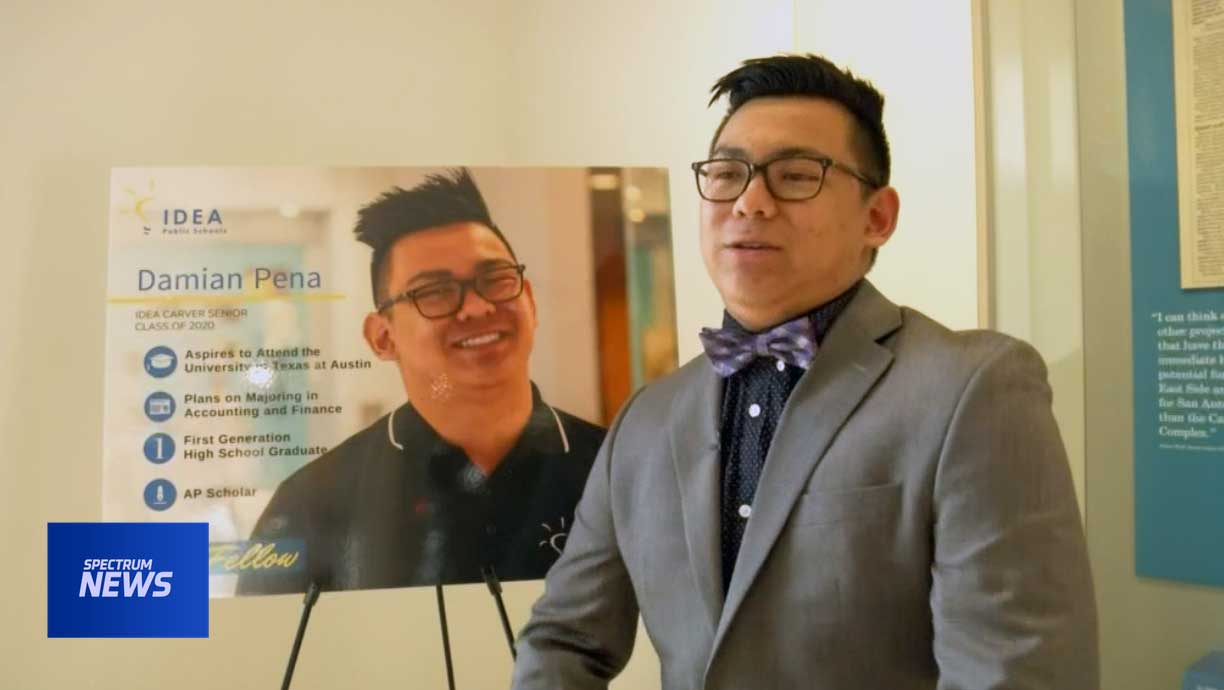 Found in the Current, 26 September, 2019
The Contamination Around the South Side’s Air Force Facilities Remains, and Residents Say It’s Still Taking a Toll
“If changes are going to be made, we need to start seeing our neighbors’ troubles as our troubles.” 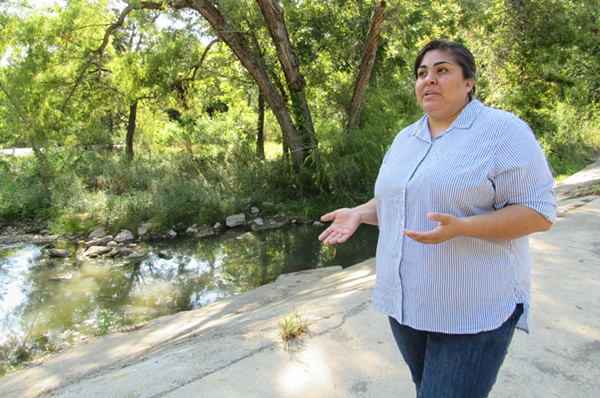 Found in the Express-News, 5 October, 2019
District 3 event promotes fresh food options to boost healthy outcomes in San Antonio
Each corner store received a refrigeration storage unit with more space for fresh produce. The group worked with River City Produce, which gave a discount to the stores, allowing them to sell the items at a low cost. 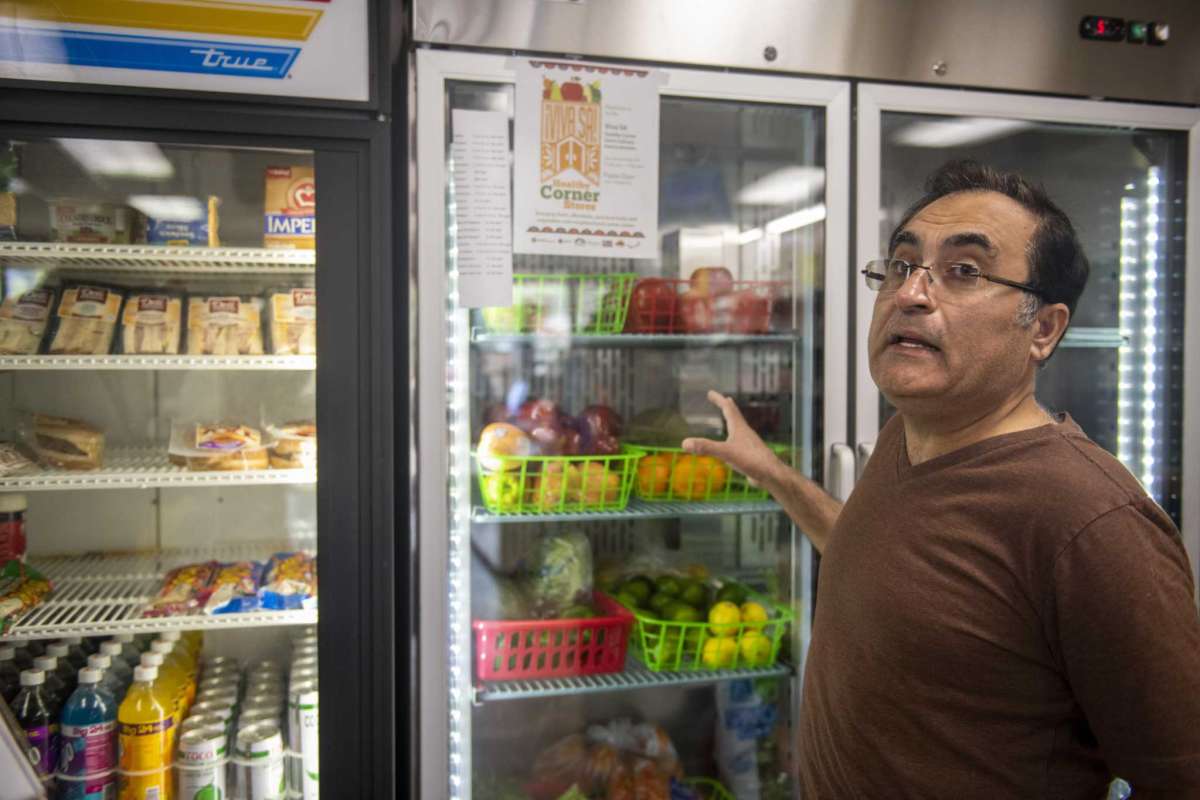 Seen on FOX 29, 5 October, 2019
Mental Health Awareness Week kicked off at Morgan’s Wonderland Saturday
Mental illness impacts the lives of one in five individuals. In Bexar County, that’s over 400,000 people. For one in four of these people this becomes a lifetime chronic illness. 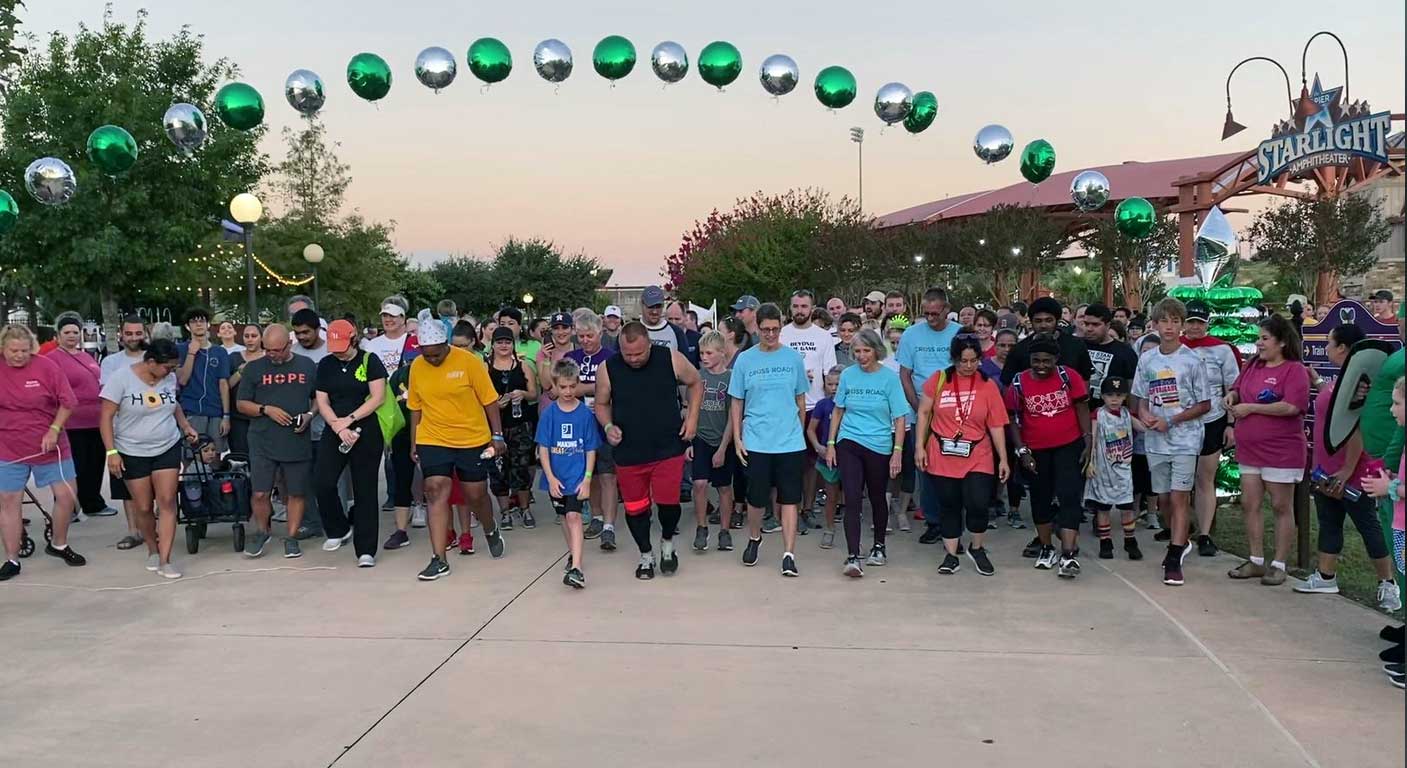 Seen on KENS 5, 6 October, 2019
Family devotes life to combating domestic violence in San Antonio after loved one killed
The Kristine Meza Foundation puts on events, such as the annual Purple Run on Saturday, to raise awareness and let survivors and victims know they’re not alone. 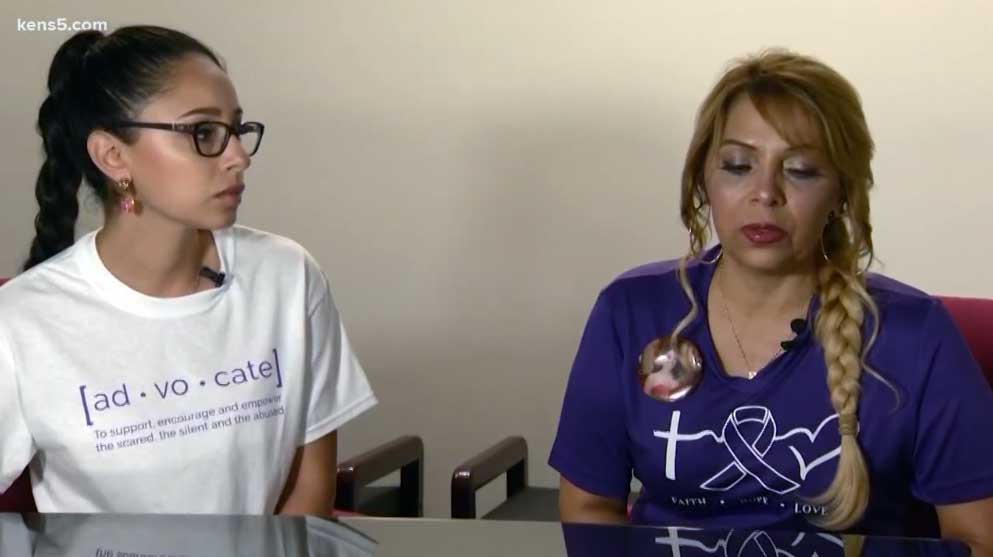 Found in the Express-News, 7 October, 2019
San Antonio woman offers homeless youth new clothes and self esteem
There’s self-esteem and confidence to be had in getting to choose what you’re going to wear, something that’s new, fits you and is all yours — no hand-me-downs. 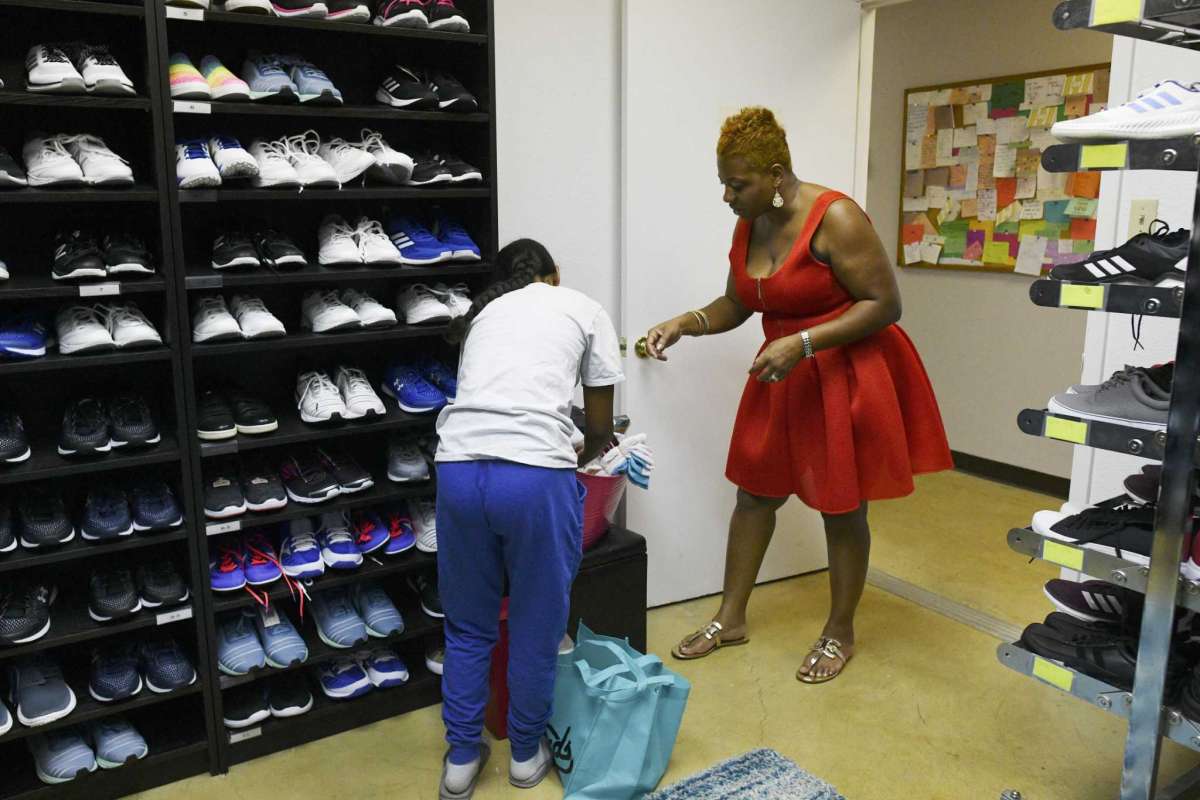 Found in the Express-News, 7 October, 2019
San Antonio looking at ways to minimize gender pay gap
Median earnings locally for men increased by $613 from 2017 to 2018, but for women it decreased by $235, the census figures state. 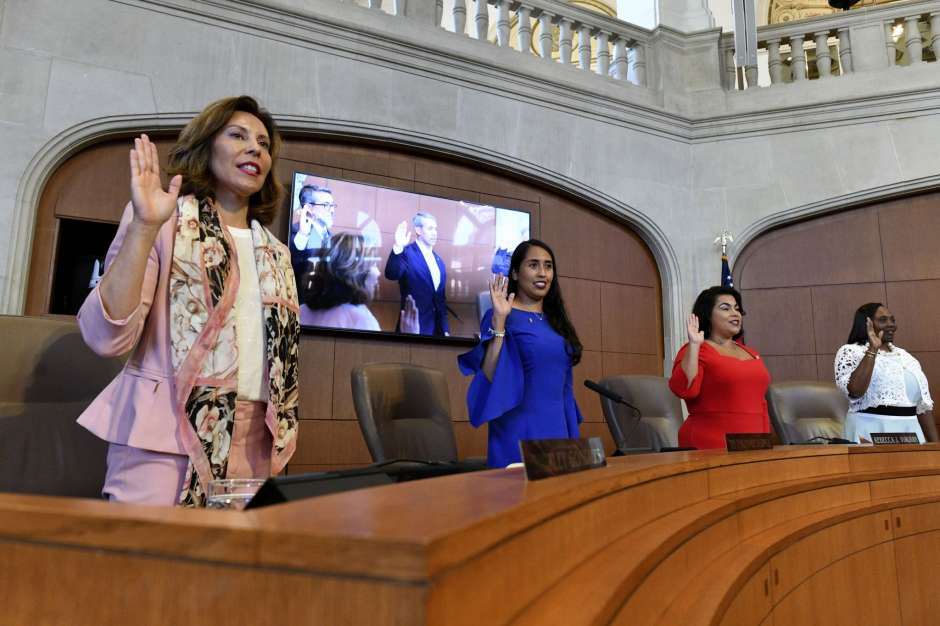 Found in the Rivard Report, 7 October, 2019
New Institute to Document San Antonio’s Place in Mexican American Civil Rights History
“San Antonio is what it is today because many of us said, ‘We could do better for our people.’” 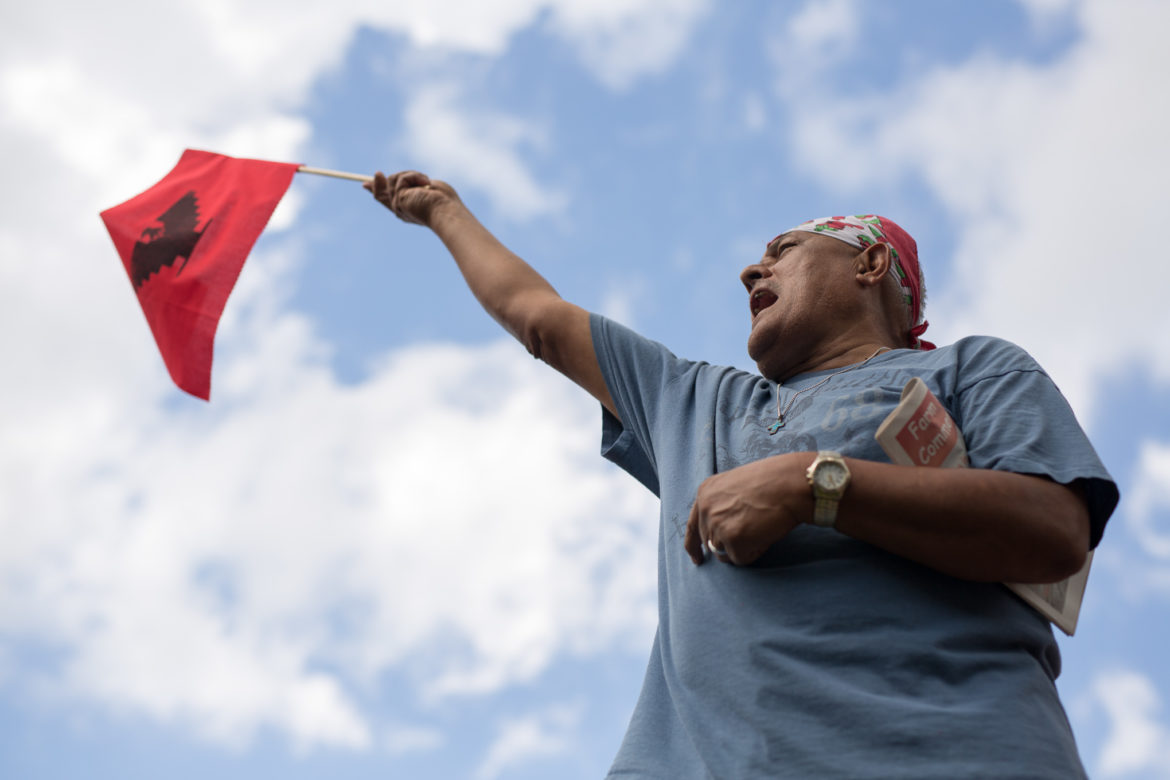 Found in the Express-News, 9 October, 2019
Alamo Colleges’ graduation rates doubled in five years
“If we want them to walk across that stage, we need to meet them where they’re at.” 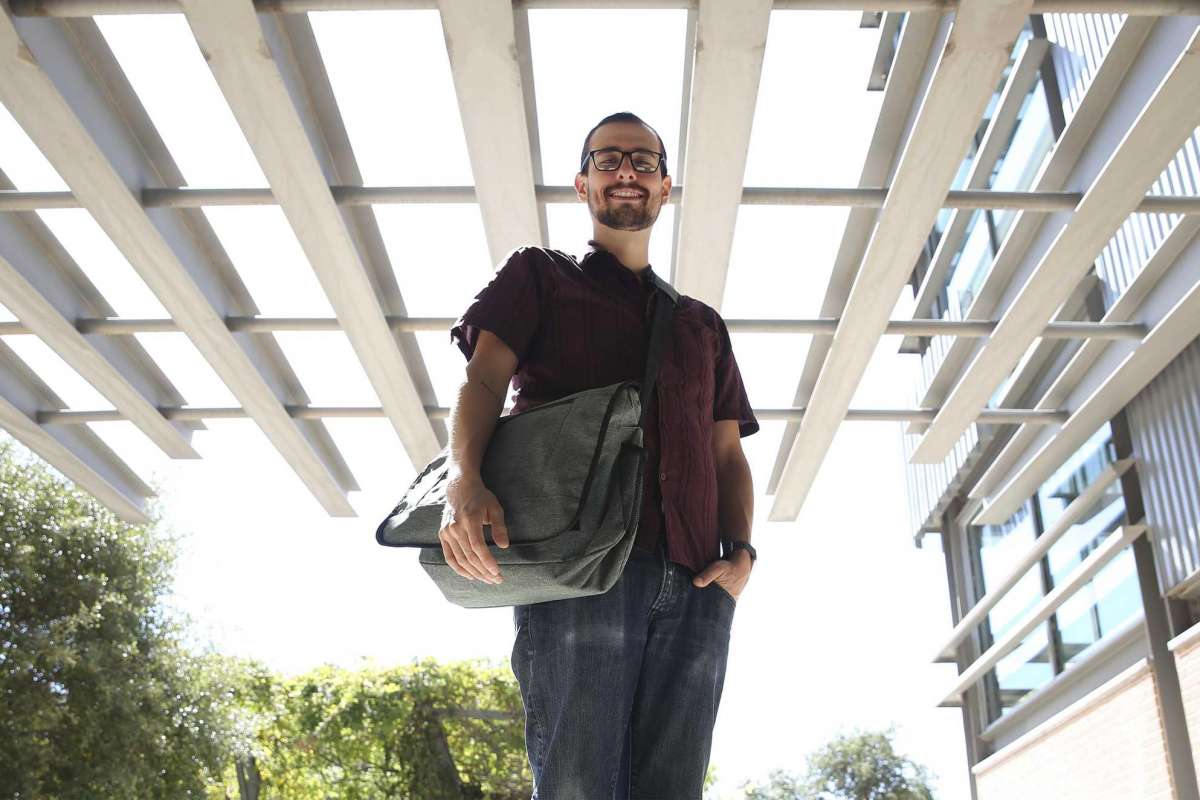 Seen on KLRN, 8 October, 2019
The Story Goes — David Zammiello — Project Quest
Meet CEO David Zammiello to learn how Project QUEST is leading the country in workforce training with the largest sustained impact in earnings for participants. 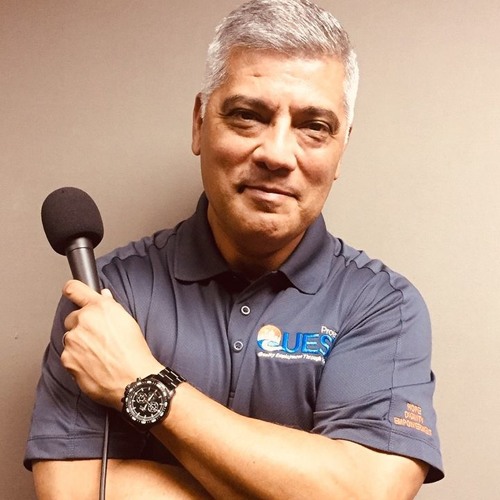 Found in the Rivard Report, 9 October, 2019
Artpace Promotes Sustainability With the 16th Annual Chalk It Up
“Chalk It Up teaches students how to work as a team – how to accomplish something bigger than yourself. I think it might even be life-changing for them.” 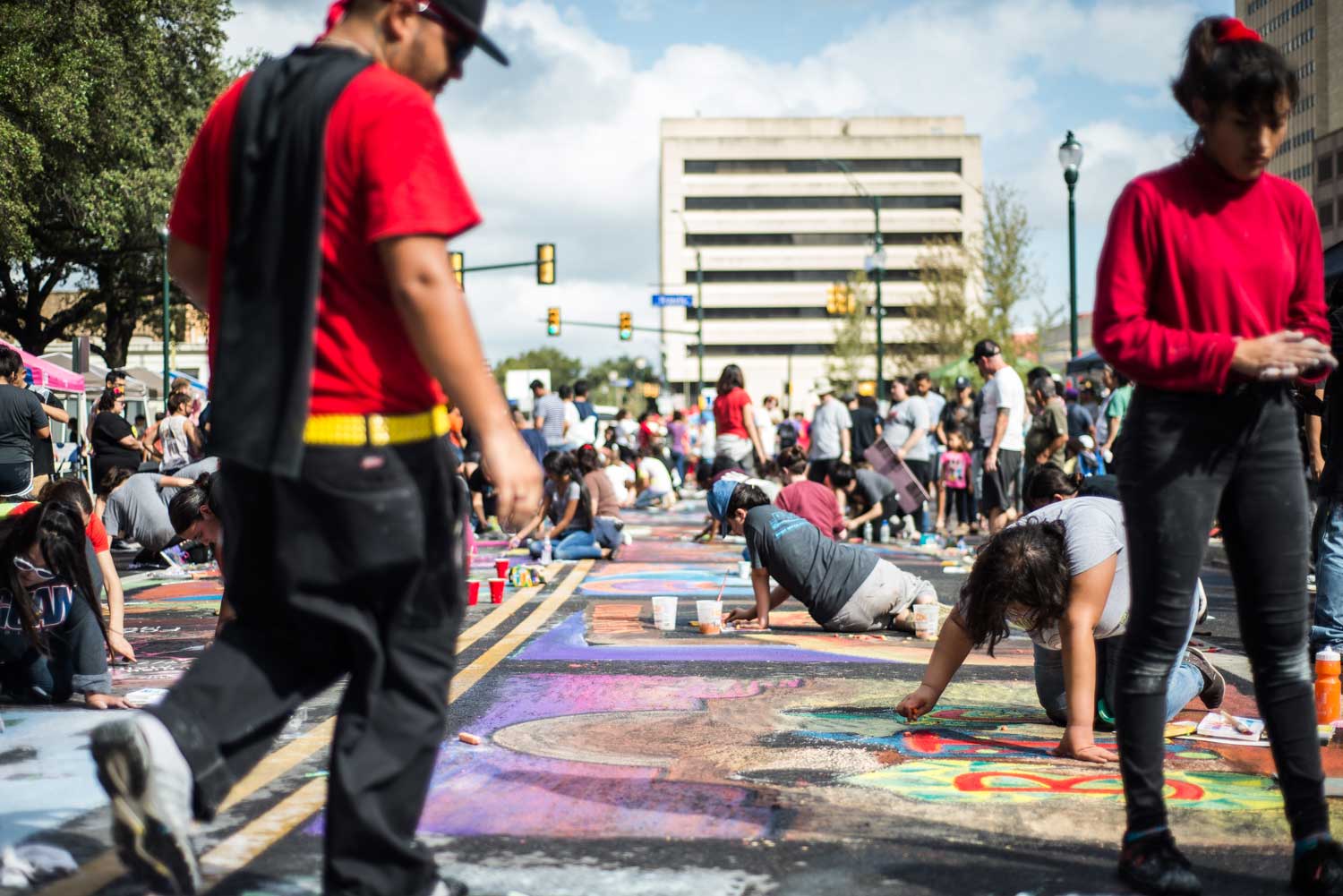