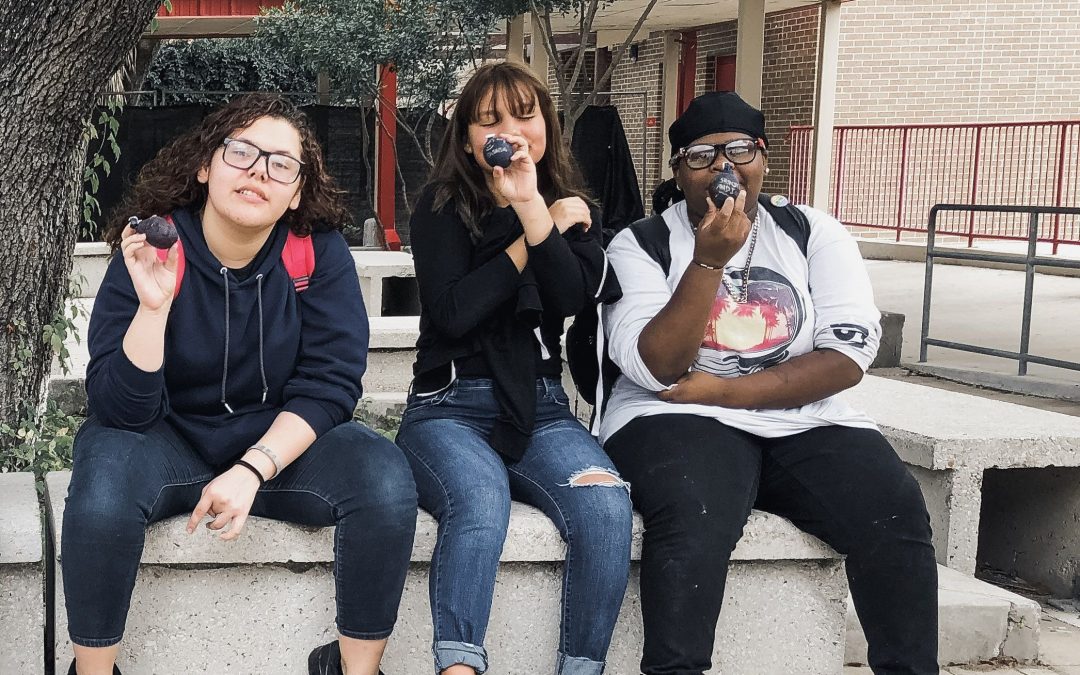 At Rayburn Middle School, Communities in Schools helped students create their own stress balls out of balloons & flour. This fun social and emotional learning activity allowed the students to be creative & make something to help their well-being. We publish this compassionate news roundup every Wednesday afternoon. If you want to get the news sooner, follow us on Twitter @compassionNET1. And don’t forget to use the hashtag #compassionateSA so we can find and report on YOUR compassionate actions!

Found in the Express-News, 24 October, 2019
Breaking HIV’s hold
‘Nobody should get sick from HIV anymore’: San Antonio mobilizes to reduce virus’ spread. 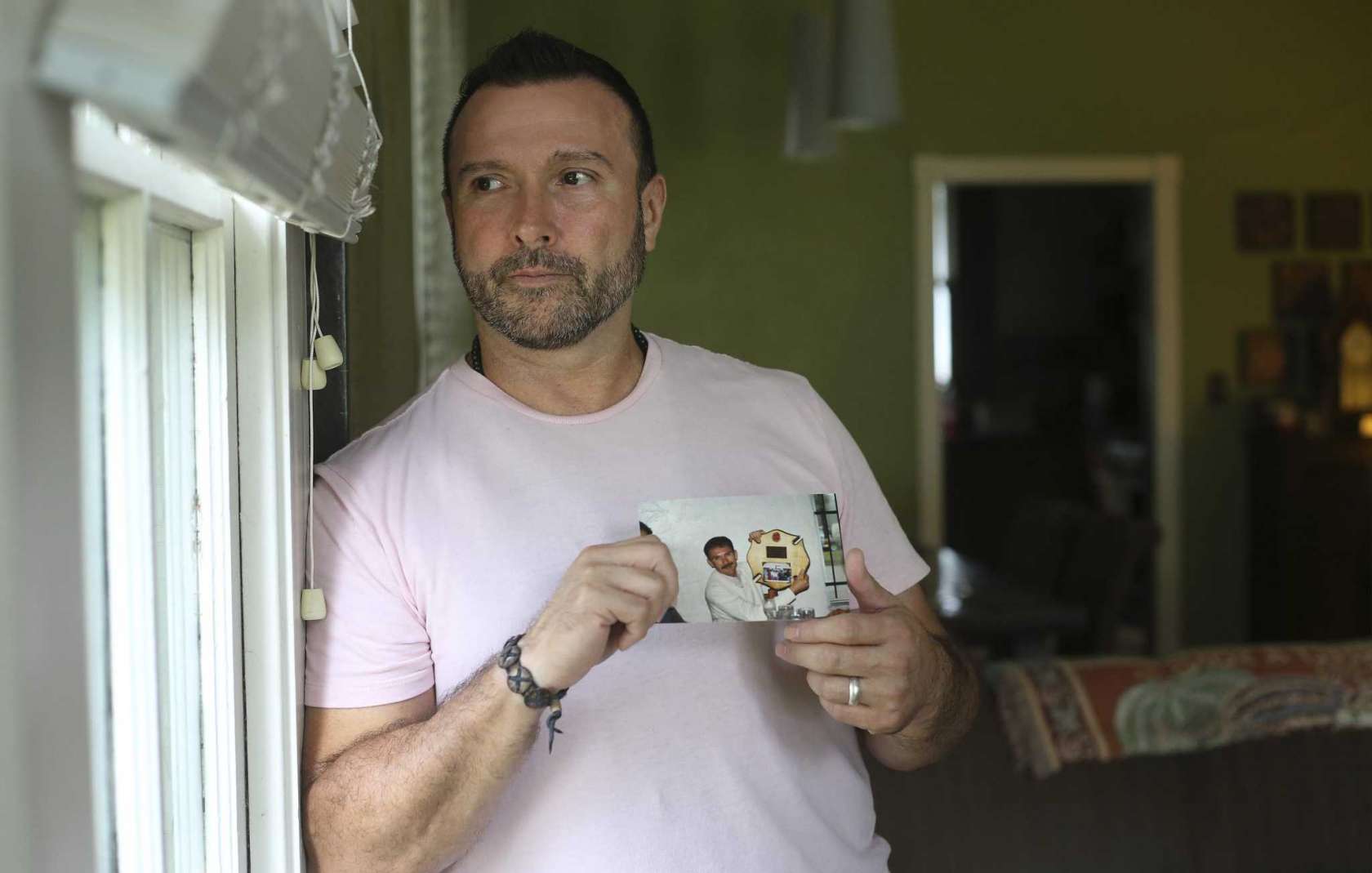 Found in the Rivard Report, 23 October, 2019
San Antonio’s Migrant Resource Center to Close as Migration Numbers Drop
Most asylum seekers arriving at the U.S.-Mexico border are now required to remain in Mexico while their cases make their way through the immigration system. 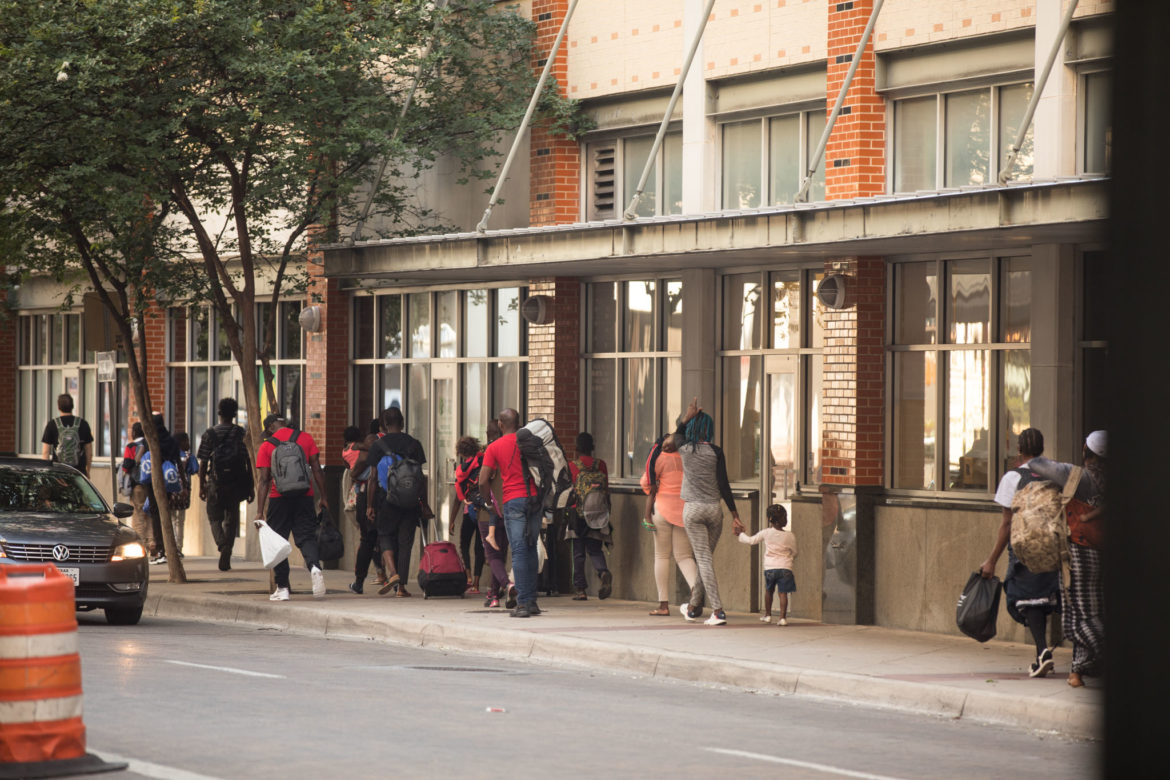 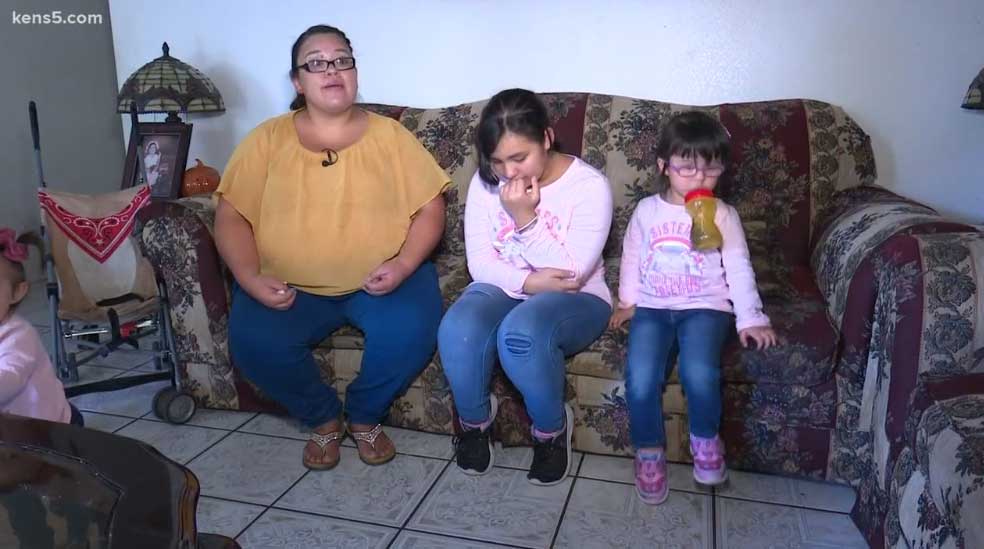 Found in the Express-News, 24 October, 2019
San Antonio elementary school celebrates the diversity of its own ‘Parade of Nations’
The school is near apartment complexes that partner with Catholic Charities of San Antonio to settle refugees under a contract with the State Department. 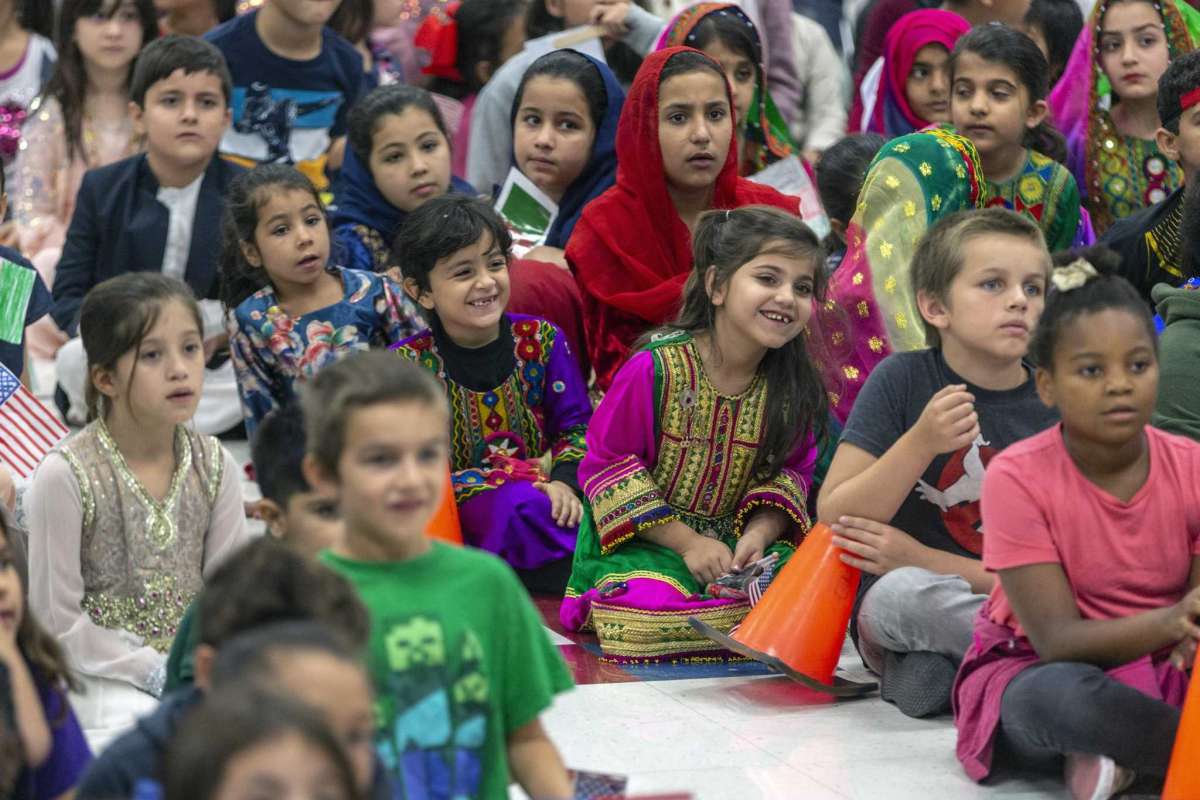 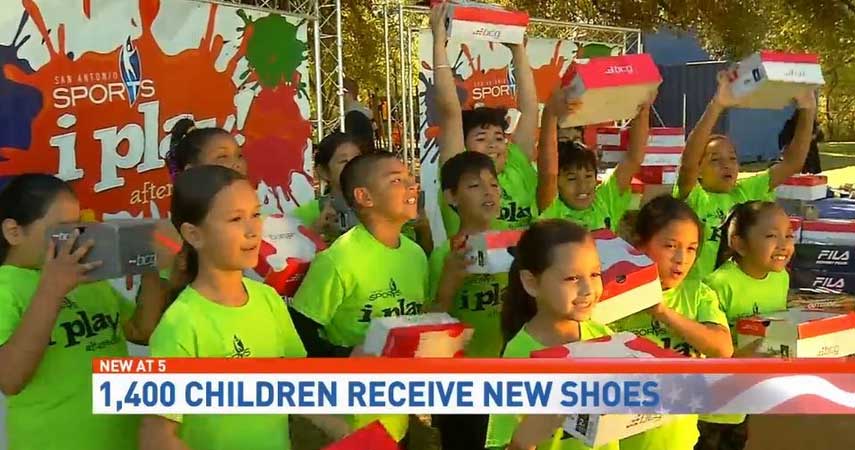 Seen on Spectrum Local News, 27 October, 2019
VIA Transit Employee Art Exhibit Helps Create Connections
“We’re not just people working at VIA, we’re also people who can create art. We come together as a family and I think it’s a great sense of connection with the community.” 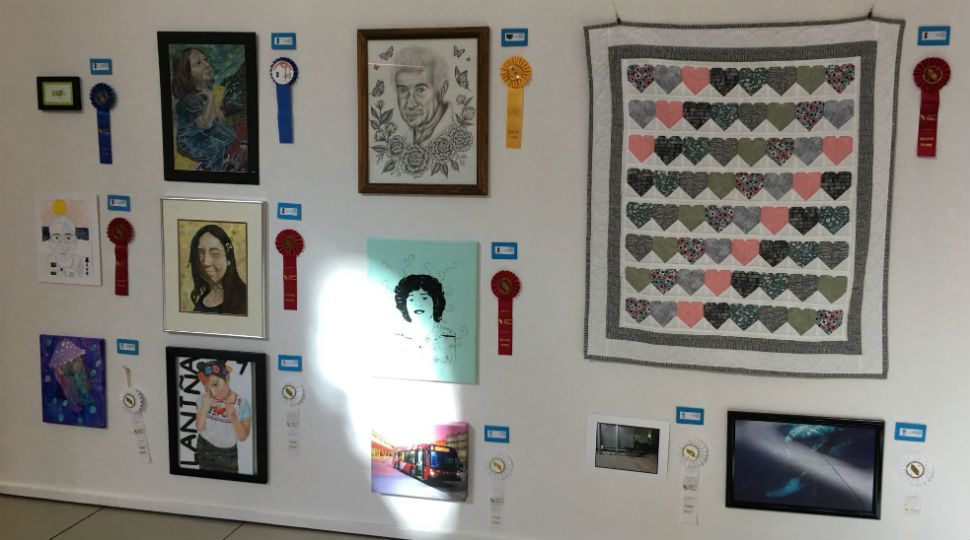 Seen on KSAT 12, 27 October, 2019
Church holds Sunday service in the midst of destruction
Corazon Ministries spearheaded the outdoor efforts by serving food and giving coats and blankets to the homeless. @BillMillerBarBQ donated 600 tacos.

Found in the Rivard Report, 28 October, 2019
Travis Park Church Continues Worship, Homeless Ministry After Collapse
Mayor Nirenberg praised the church for its willingness to help San Antonio’s vulnerable populations, including housing asylum-seekers passing through San Antonio. “It seems like whenever the city is in need, Travis Park Church has always stepped up.” 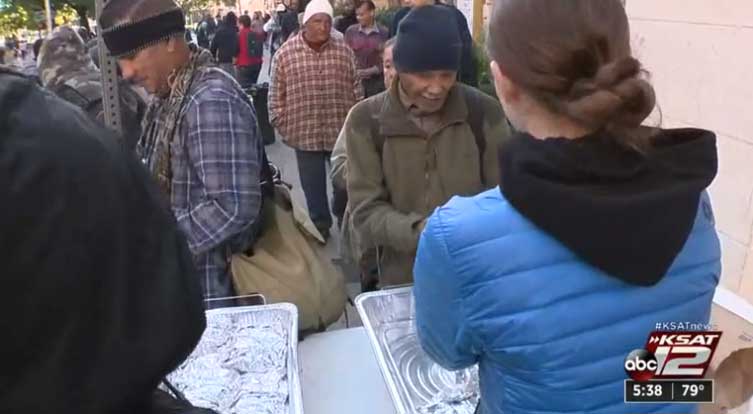 Seen on KSAT 12, 28 October, 2019
New South Side community garden nourishing neighborhood with ‘food desert’
People who plant and grow the veggies can take them home or donate them to the Palo Alto College’s food bank. 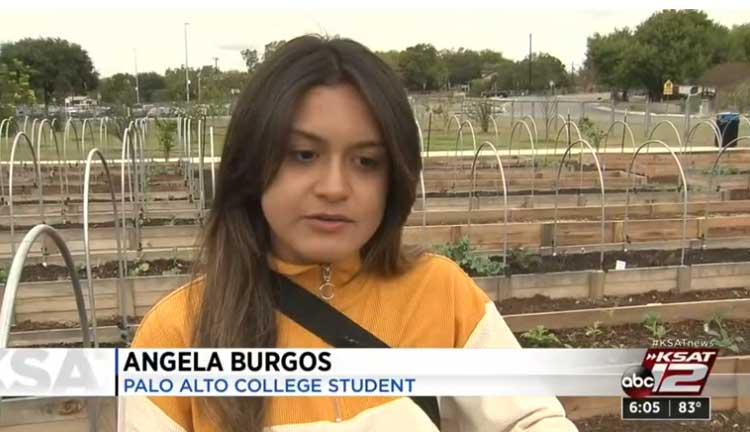 Found in the Current, October 25, 2019
San Antonio Museum of Art Installs 6.5 Ton Taihu Scholars’ Rock Gifted by Chinese Sister City, Wuxi
This type of rock is considered an embodiment of the yin-yang dichotomy and represents harmony between man and nature. 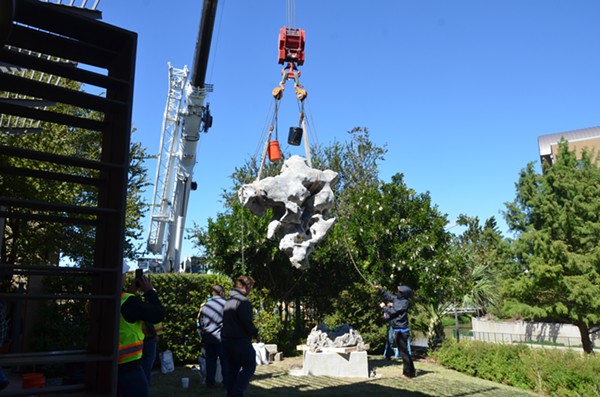 Seen on KSAT 12, 28 October, 2019
Local dental school taking steps to serve people with special needs
“No matter what your physical ability is, what your mental capacity is, everybody deserves access to health care, including dental care.” 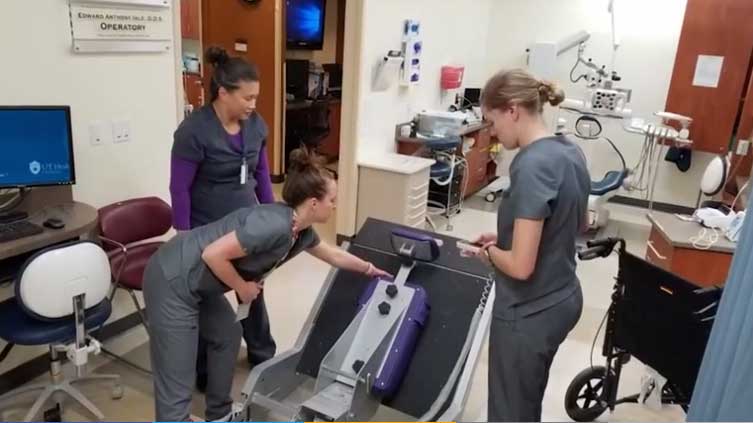