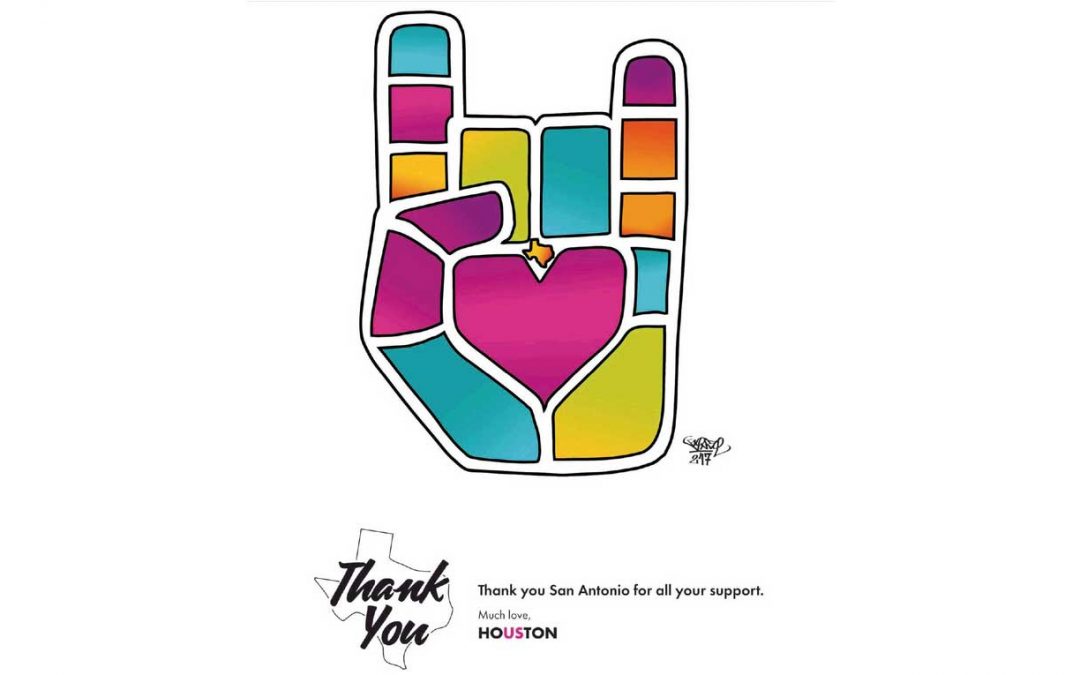 Every Wednesday Compassionate San Antonio publishes a news roundup of compassionate activities in San Antonio. Treat others as you wish to be treated yourself, y’all!

Seen on Fox 29, 13 October, 2017
Inequality: San Antonio’s Silent Crisis
“When you understand that not everyone that lives on your street and in your city has the same backgrounds, the same exceptions, the same challenges, we begin to understand that we’re in this together,” [Mayor Ron] Nirenberg said in the special.

Found in the UTSA Office of Civic Engagement Community Connect Magazine, 2017 annual
Cultural Conversations: UTSA Institute of Texan Cultures convenes civic gatherings
“A few years ago, the Institute hosted an exhibit on race as a social construct,” said [Angelica] Docog [executive director of the museum]. “One of the concepts that came from that is that if you can’t talk about something, you can’t change it. It’s our obligation as responsible citizens and as a public forum to facilitate programs like Cultural Conversations. It’s the purest form of ‘giving voice to experiences’ that I’ve ever seen.” (pictured: Rev. Ann Helmke welcomes guests to Cultural Conversations.) 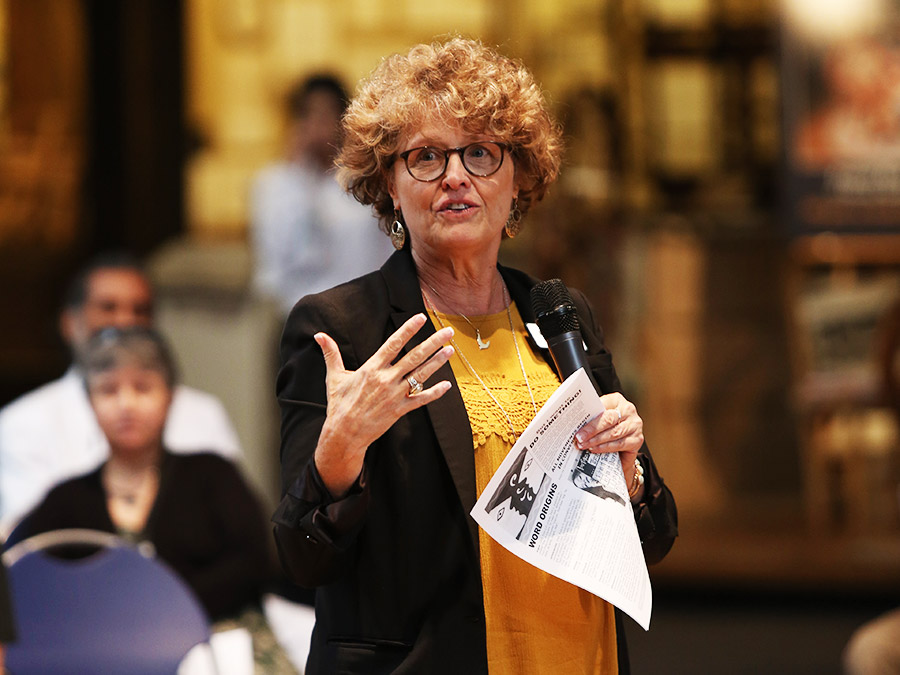 Found in the San Antonio Observer, 10 October, 2017
Hurricane Harvey’s Unsung San Antonio Heroes
[Solid Waste Director David] MrCrary adds, “the personnel who stayed behind in San Antonio are also very important to be recognized as they pulled overtime and rallied together to keep San Antonio’s mission going despite being short handed. They too are heroic”. 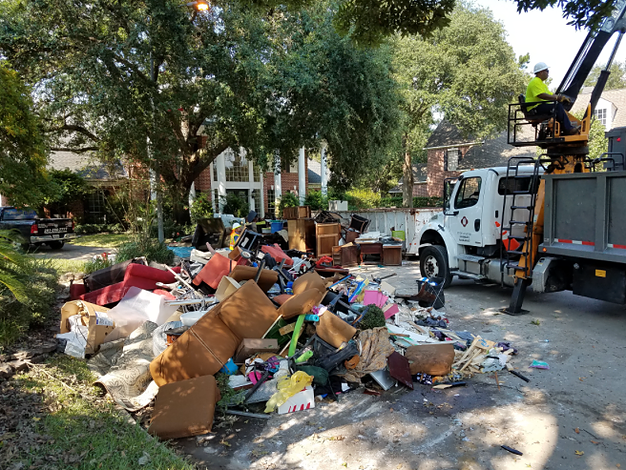 Found in the Express-News, 12 October, 2017
New Northside ISD high school celebrates its namesake
“I can personally say I’ve seen many cases where my fellow students, as well as myself, have failed to stand up for someone in need,” [student Katerina] Clukey wrote. “By naming the new high school after John Marshall Harlan you would be giving the incoming students a role model to look up to and someone who can encourage them to not just be a bystander.” 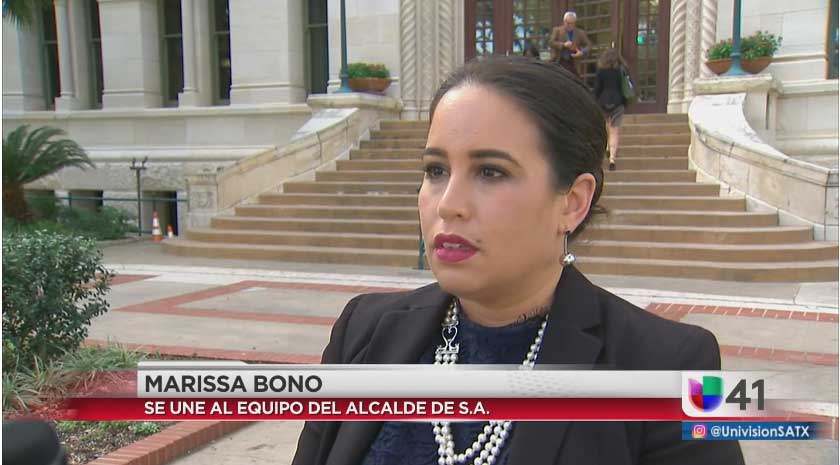 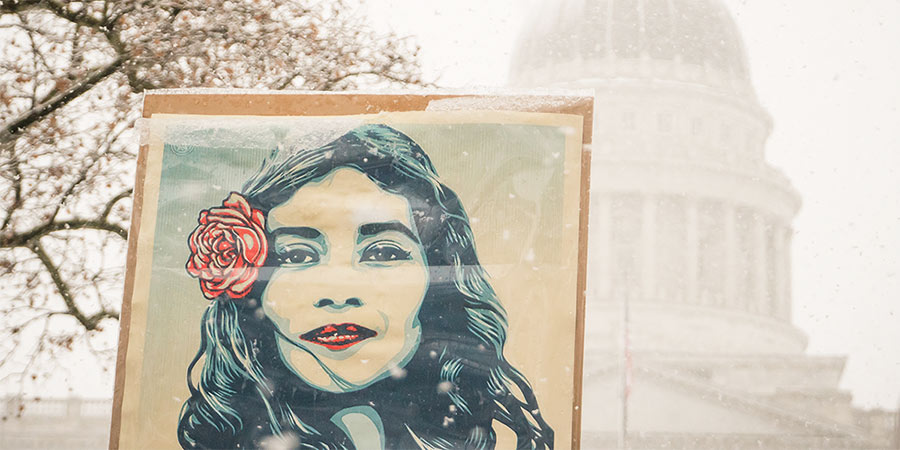 Seen in the Express-News, 13 October, 2017
Colonial Hills Elementary on national list of healthy schools
The North East Independent School District campus was one of 10 schools across the country to receive the organization’s National Healthy Schools Gold Award, which recognizes schools that demonstrate strong health initiatives. . . . It likely stood out for several creative initiatives, including an on-campus garden that is incorporated into curriculum and supplies the district’s cafeterias. The school regularly invites guest speakers to talk with students during physical education classes and schedules health-related family engagement activities, [Sharon] Glosson [ executive director of school nutrition at NEISD] said. 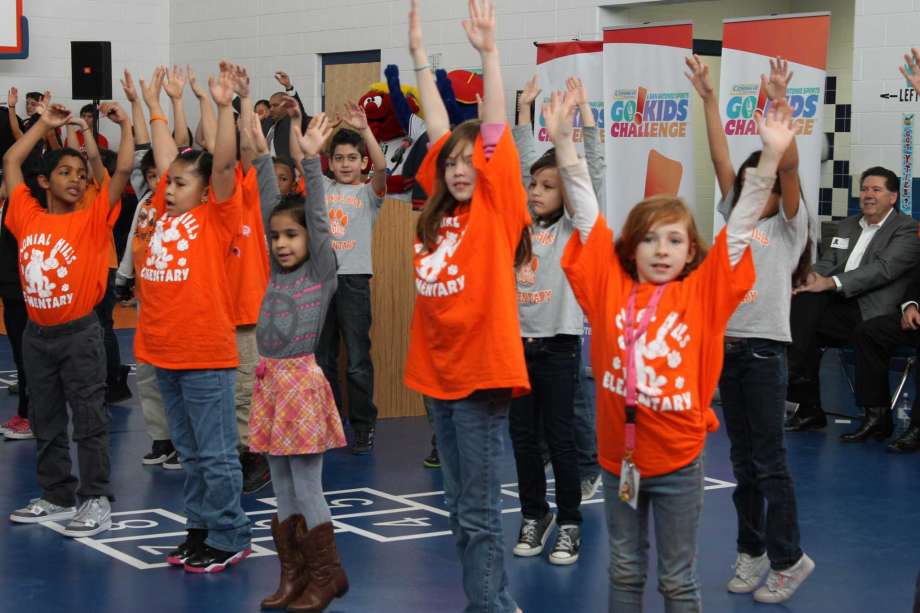 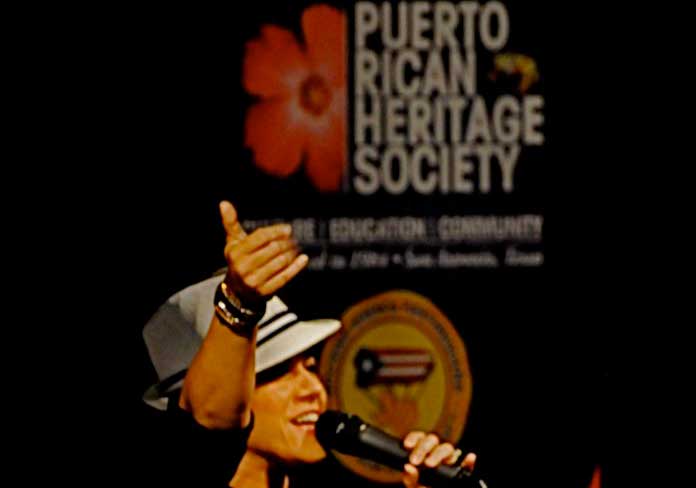 Found in the Rivard Report, 13 October, 2017
Chalk It Up Makes Art ‘Accessible to All’
[John] Medina wants his students [at Henry Ford Academy] to learn that they are part of a much larger community, “and that you can work with other organizations, you can work with other people, and that collaboration is really what helps push things forward.” 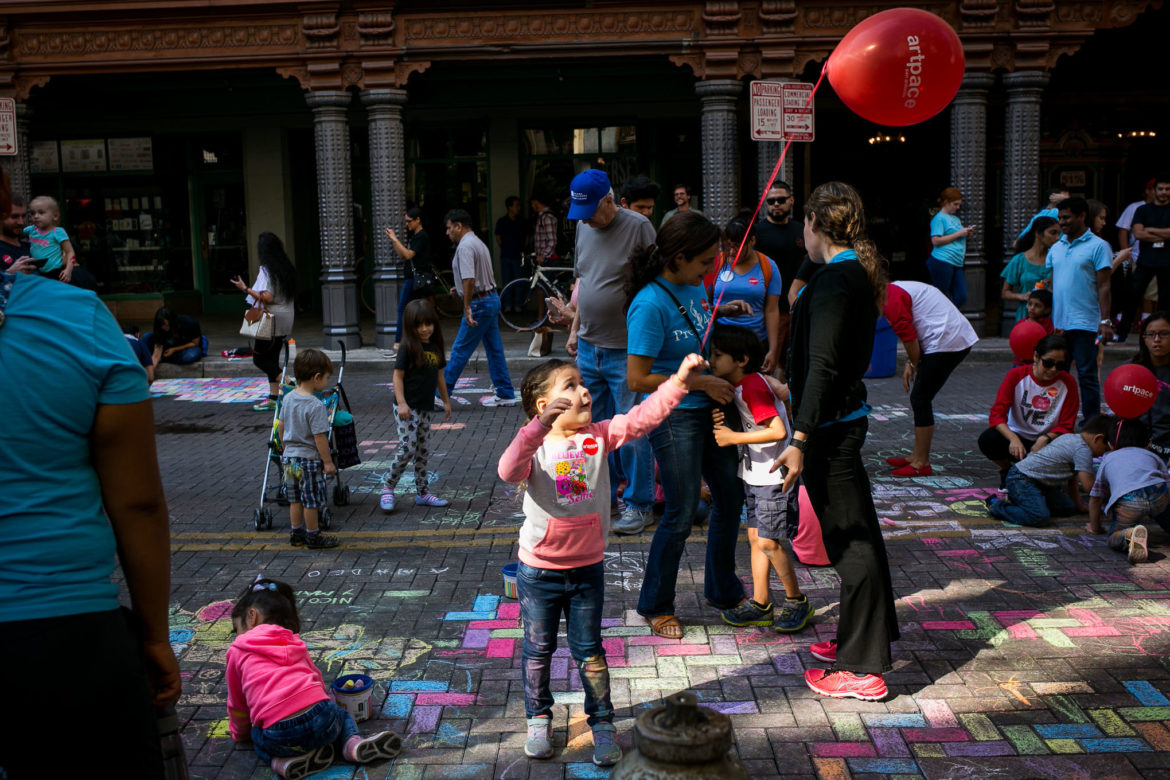 Found in the Express-News, 13 October, 2017
United Way aims to raise $47.5 million this year in Bexar County
“San Antonio is a national leader in United Way giving because there is a mentality of generosity and a strong sense of community here,” [chairman of the United Way campaign Joe] Gorder said. 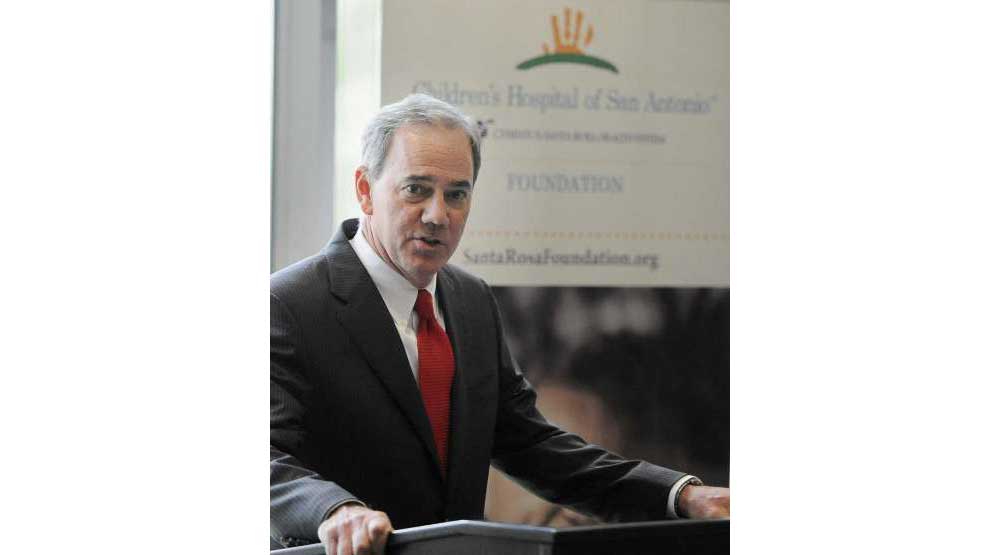 Found in the Rivard Report, 14 October, 2017
Adaptive Bike Program for Children with Physical Challenges Rolls Into SA
“I understand children with disabilities often miss out on social and physical activities that many take for granted, like riding a bike. Not only is riding a bike a fun activity for children of all ages, it offers significant health benefits for children with physical challenges. Having access to an adaptive bike allows these children and their families to socialize and participate in recreational activities with friends and other families.” 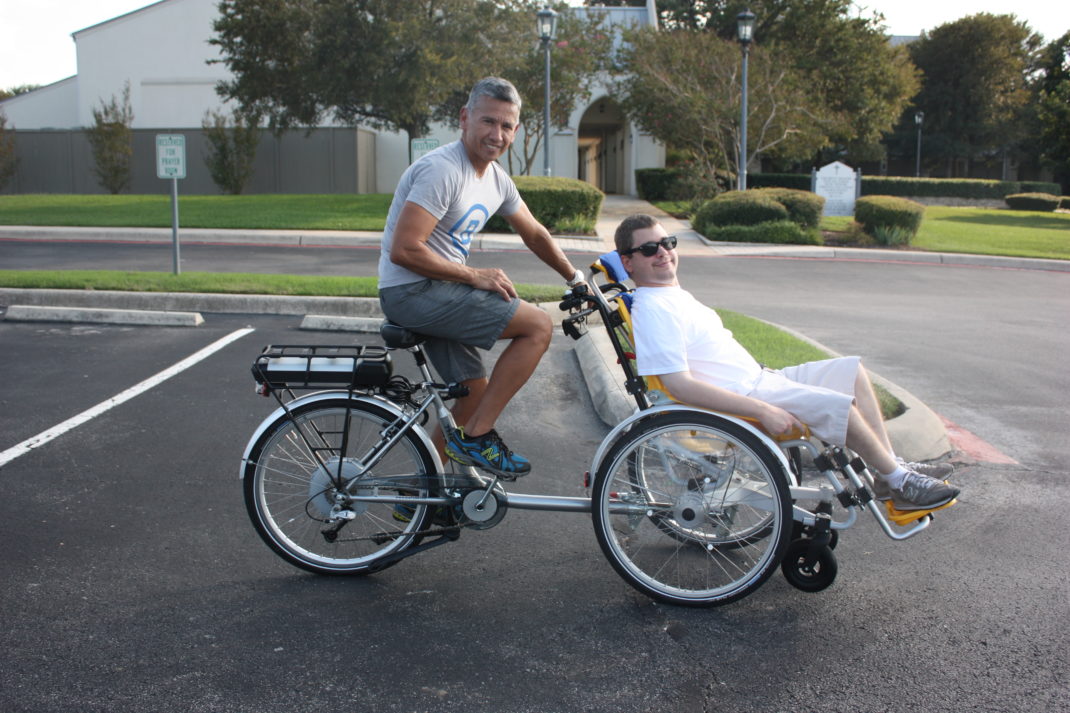 Found in Las Presna, 13 October, 2017
S.A. Ronald McDonald House adds $25,000 playground
Since they first opened their doors on May 1985, The Ronald McDonald House Charities of San Antonio (RMHCSA) was on a mission to provide temporary living accommodations for critically ill children and their families while receiving medical treatment. On May 4, 1998, RMHCSA became the sixth city in the United States to open the doors to a second 20 family home. In 2002, the third house was the first in the world to be located within a hospital. 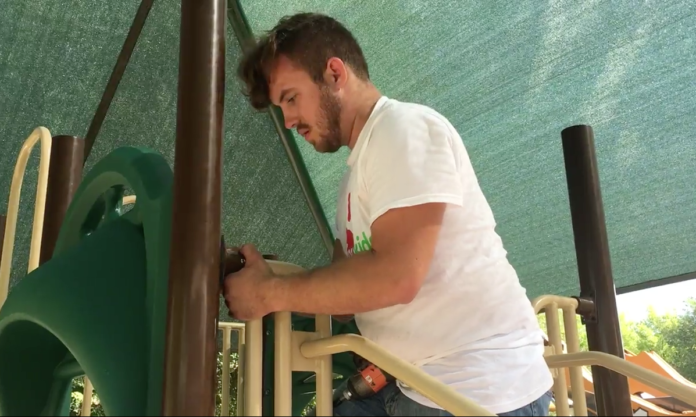 Read in the Express-News, 15 October, 2017
Name change to LEE a Lame Egalitarian Effort
Thing is, this was a genuine move to create a place where every young member of the community — every one — knows that their participation is valued. It was an attempt to step out of the shadow of old symbols and into a brighter future. It needs to be done, especially in places like the changing neighborhood surrounding Lee High School, because if a changing community is going to thrive, everyone’s participation isn’t just valued, it’s necessary. 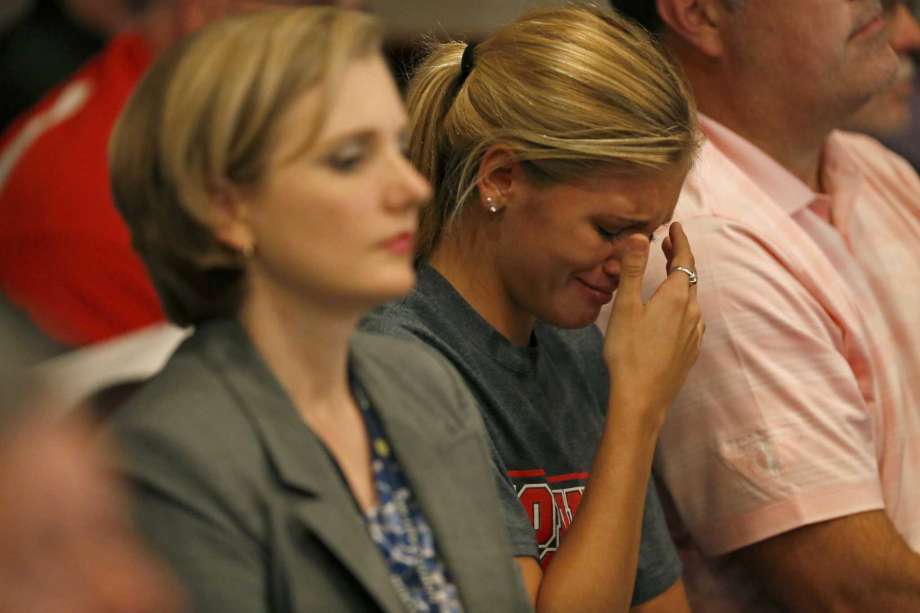 Seen in the San Antonio Current, 10 October, 2017
Will Bexar County Be the First in Texas to Legalize Needle Exchange?
[Jill] Rips, who saw the same resistance and unfamiliarity in New York City decades ago, believes needle exchange is more than just a smart public health tool. It’s a social justice issue. “It’s saying that people who access drugs — their lives matter. Instead, we punish them for what they do and keep the tools they need away from them. We don’t hold back treatment from someone with diabetes for eating sugar. Are we just not supposed to help ‘bad’ people in society?” Rips says. 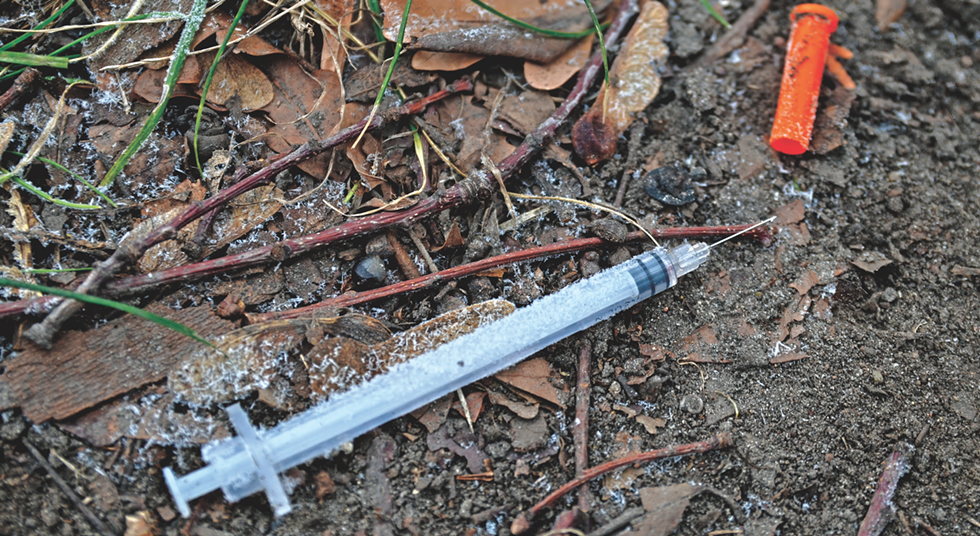 Seen on Kens 5, 12 October, 2017
First-of-its-kind girls running club breaks the mold
The girls are living in the Girlsville cabin at the [Roy Maas Youth Alternatives] Meadowland campus and have been removed from their homes due to abuse or neglect. Staff members said they started the running club as both a way to get in shape and help them through tough times. 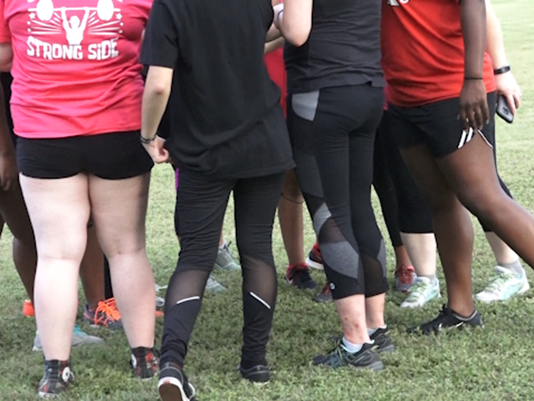 Found in the Rivard Report, 16 October, 2017
Latched: Helping Women of Color Meet Breastfeeding Goals
“We help all moms, but we are primarily trying to increase the rates for African-American and Hispanic women,” [Ashley] Green told the Rivard Report. “Unfortunately, they have the lowest breastfeeding rates and highest infant and maternal death and prematurity rates.” 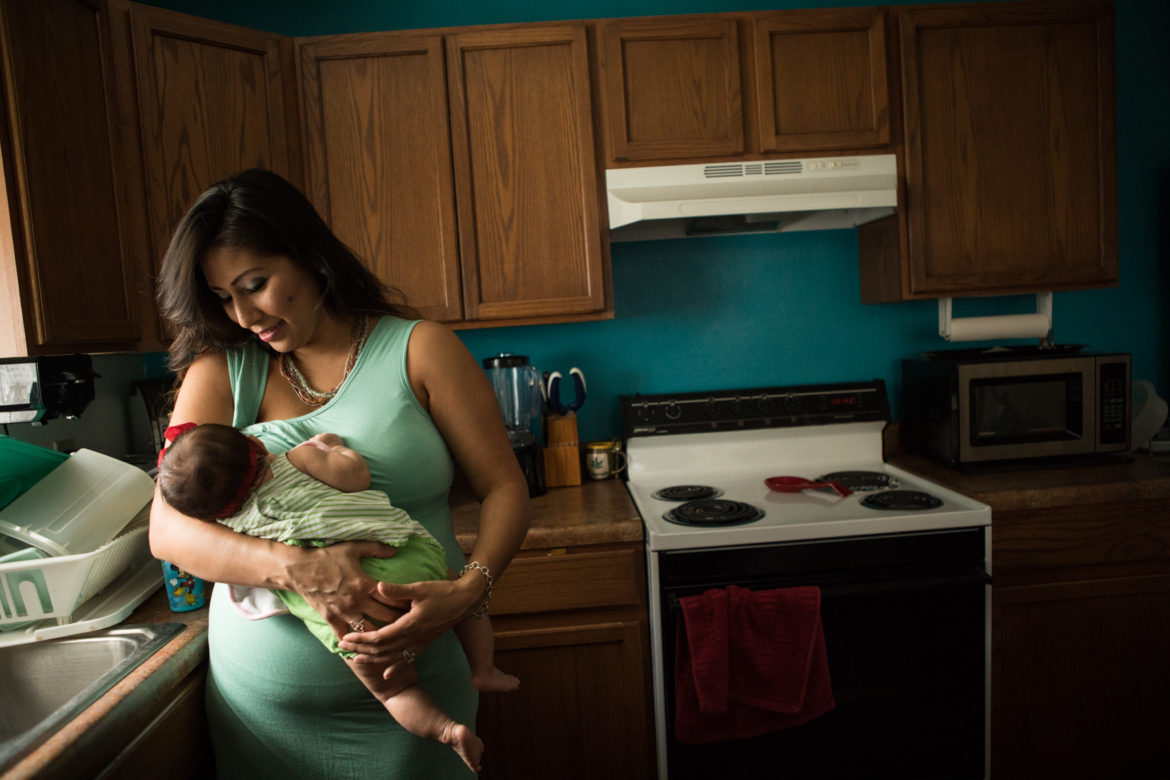 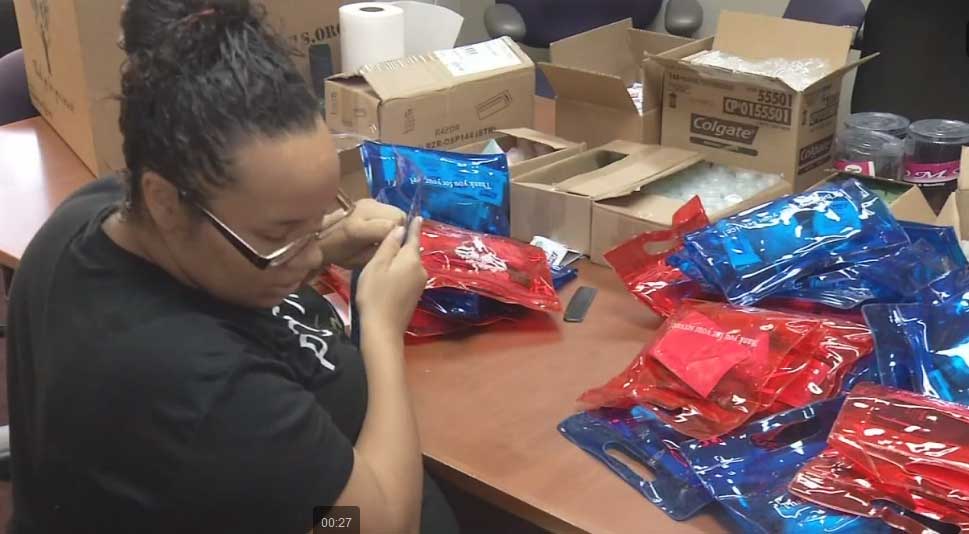 Found in the Express-News, 17 October, 2017
City reconfirms commitment to help struggling monarch butterflies
San Antonio is an important way-station for the iconic butterflies, now part-way through their annual journey from the northern U.S. and Canada to Mexico, where they spend the winter. Driven by loss of habitat and food plants, the population of the monarch butterfly has declined from more than 1 billion in the mid-1990s to 109 million last winter, U.S. Fish and Wildlife Service branch chief Tanya Sommer said. 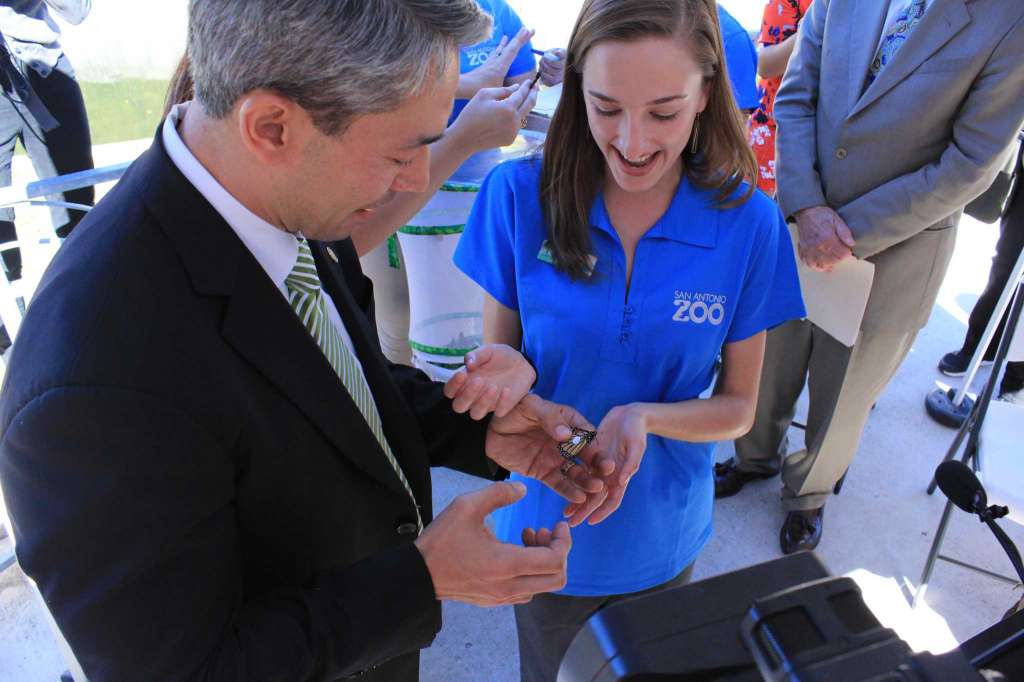 Found in the Rivard Report, 17 October, 2017
Bexar County Receives $3 Million To Battle Opioid Epidemic
Through the grant, Bexar County will receive $800,000 annually for four years. In its first year, the grant will be used to train approximately 900 EMS, firefighters, law enforcement offices, and other related hospital and medical staff to administer naloxone. Second year training will expand to include other first responders, such as citizens, educators, and employers in urban locations with a high frequency of drug use. 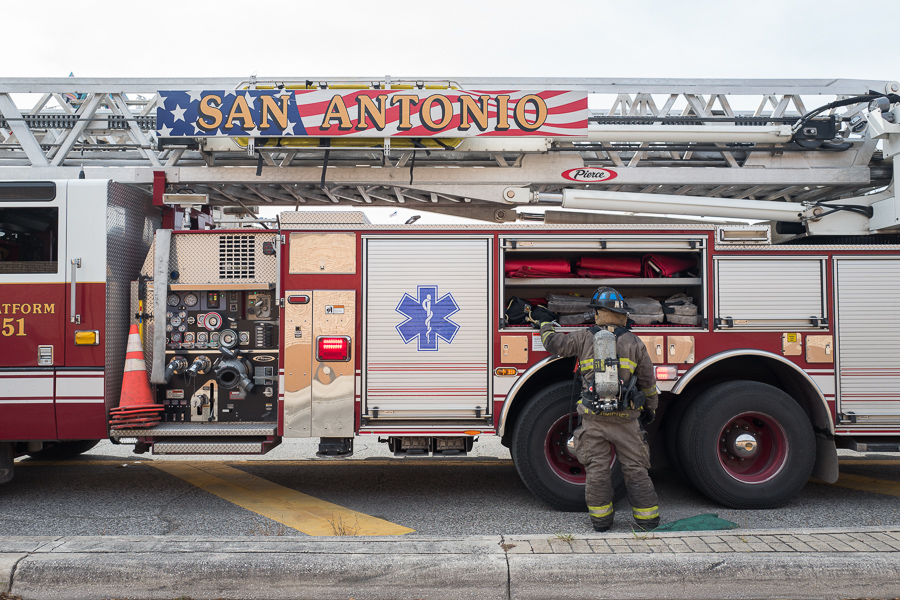 Found on District 8 Councilman Manny Pelaez’s Facebook page, October 16, 2017
Tower of Americas turns purple for Domestic Violence Awareness Month
Last night we all gathered to shine a purple light on domestic violence. The Tower of the Americas will remain lit in purple for the rest of October to remind all of us that San Antonio needs to continue to fight against abuse and violence at home. (Thanks to Lori Houston , Landry’s, and Walter Serna for helping us make this happen.)

Seen in the Express-News, 17 October, 2017
Pups and Planes initiative plays big part of Airport Ambassadors program
Jason Fisch, 43, said the dogs have been trained for a range of scenarios to help people experiencing the highs and lows of life. He said Cha Cha, a Paws for Service therapy dog, has had extensive training on how to bring people’s stress levels down. 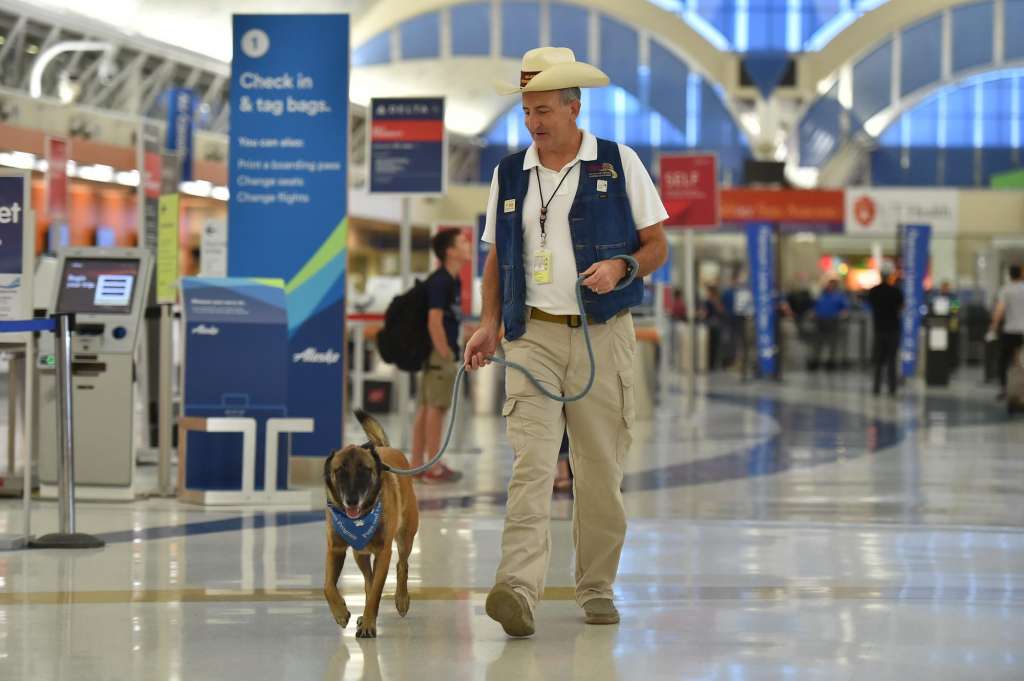 Seen on KSAT 12, 14 October, 2017
New child advocacy center to be beacon of hope for community
“It’s about the kids. And I’ll tell you, I think the most important thing we can do is to ensure that our children from all areas of San Antonio and Bexar County are safe and protected. That’s all we can do,” [Harvey] Najim said. 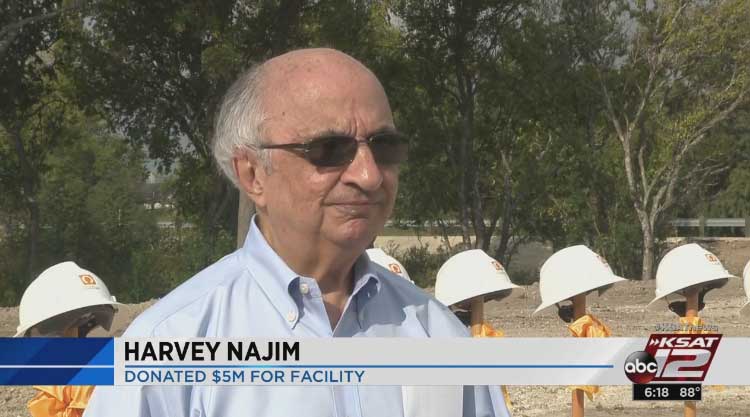 Found in the Rivard Report, 16 October, 2017
Councilwoman Gonzales: Bond, Budget Can Boost Quality of Life in District 5
Budget and bond funds dedicated to new and improved sidewalks, lighting, crosswalks, and streets will also help increase pedestrian safety, she said. Gonzales has spearheaded the Vision Zero initiative, which aims to reduce the number of road-related fatalities. “It’s part of a network where we are improving quality of life for people and making it easier for them to use their streets for walking,” she added. 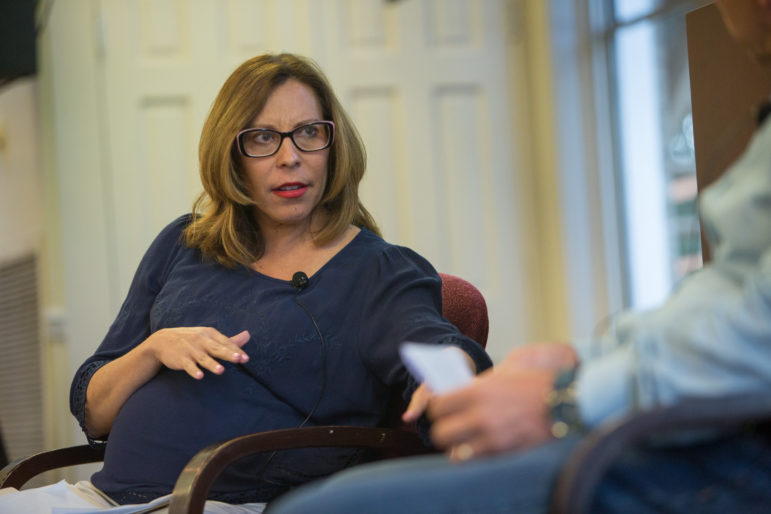 Seen in the Express-News, 18 October, 2017
S.A. woman weaves life in Kenya to help single moms with Imani Collective
The nonprofit hires women, many of them widowed single mothers, to sew and weave products sold online and in stores in the U.S. But the collective’s bigger purpose is to empower these women by teaching them skills they can use to lift themselves — and their family — out of poverty. 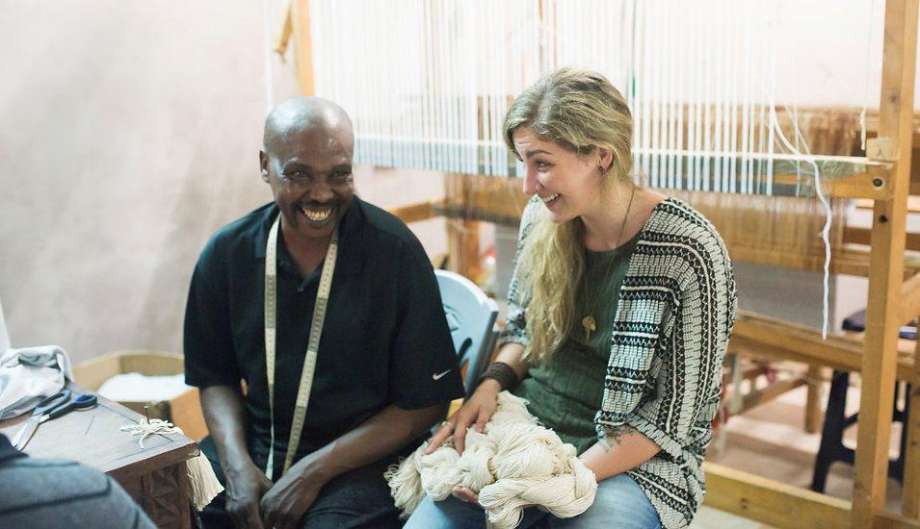 Seen in the Rivard Report, 18 October, 2017
Airport Simulation Gives Wings to People of All Abilities
The purpose of the exercise, organized by the Arc of San Antonio, was for families to experience the process of getting through security and boarding an aircraft, and to gain familiarity with the process of flying with someone with special needs. 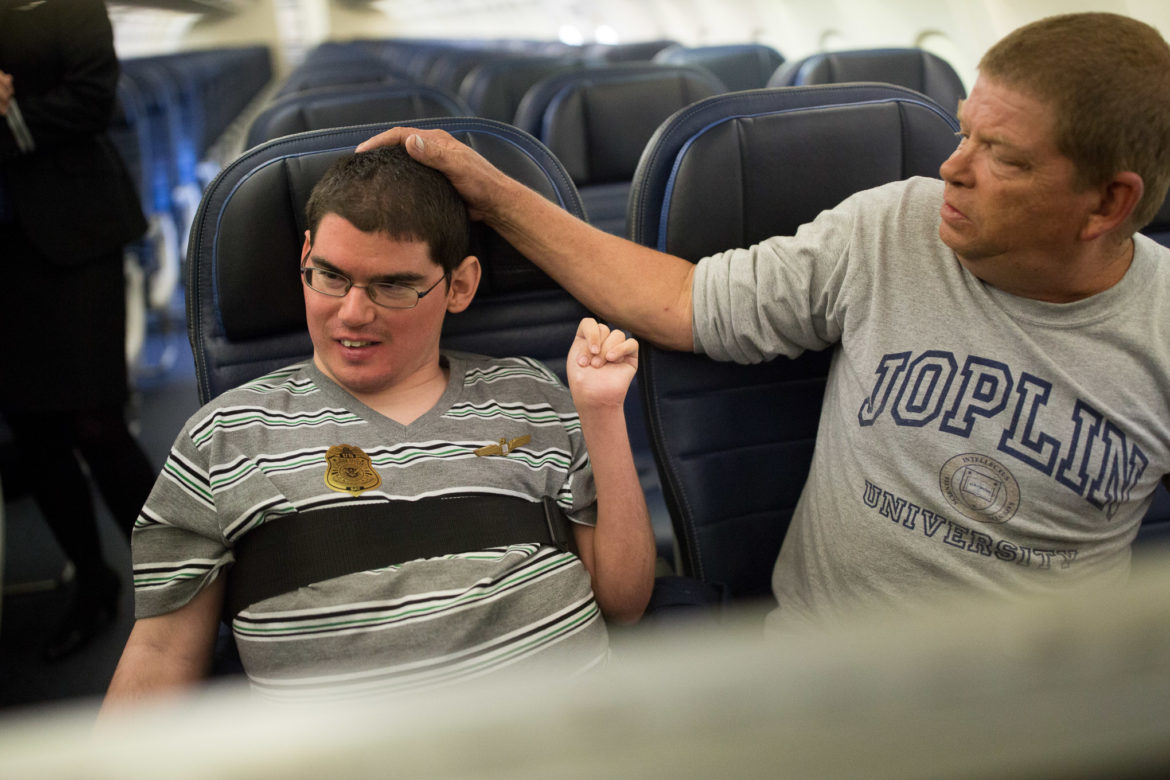 . . . is a grassroots movement that promotes, supports and celebrates San Antonio’s commitment to be a world-class compassionate city: one where the civic government, the religious and volunteer organizations, the businesses, the community and its educational institutions come together to recognize the importance and value of compassion in the life of a city and by doing so create an ethos of compassion and a safety net for its most vulnerable citizens.  #compassionateSA   sacompassion.net