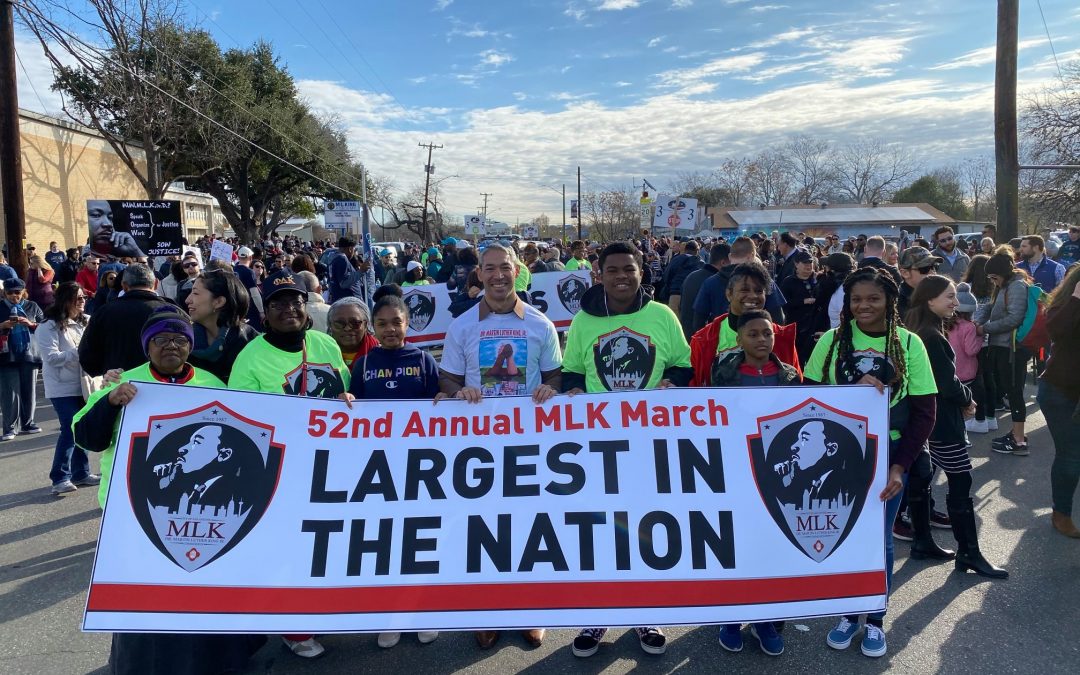 Found in the Rivard Report, 15 January, 2019
Proposed Renters’ Commission for San Antonio Takes Long-Awaited Step Forward
Roughly 46 percent of housing units in San Antonio are occupied by renters, according to U.S. Census data, and nearly half of renters spend more than 30 percent of their income on rent. 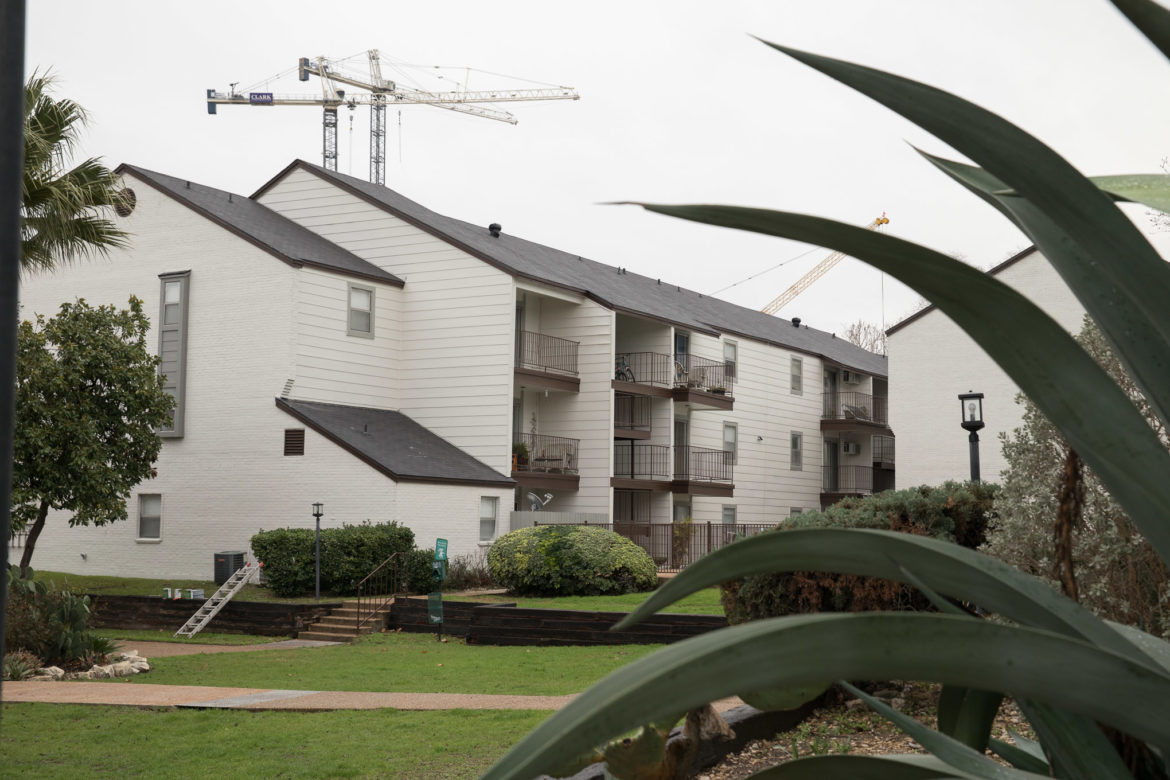 Found in the Rivard Report, 16 January, 2020
Charles Butt Foundation Gives $1.5M to Alamo Promise Tuition Program
The goal of Alamo Promise is to boost the college-going rate in Bexar County from 49 percent to 70 percent within five years. 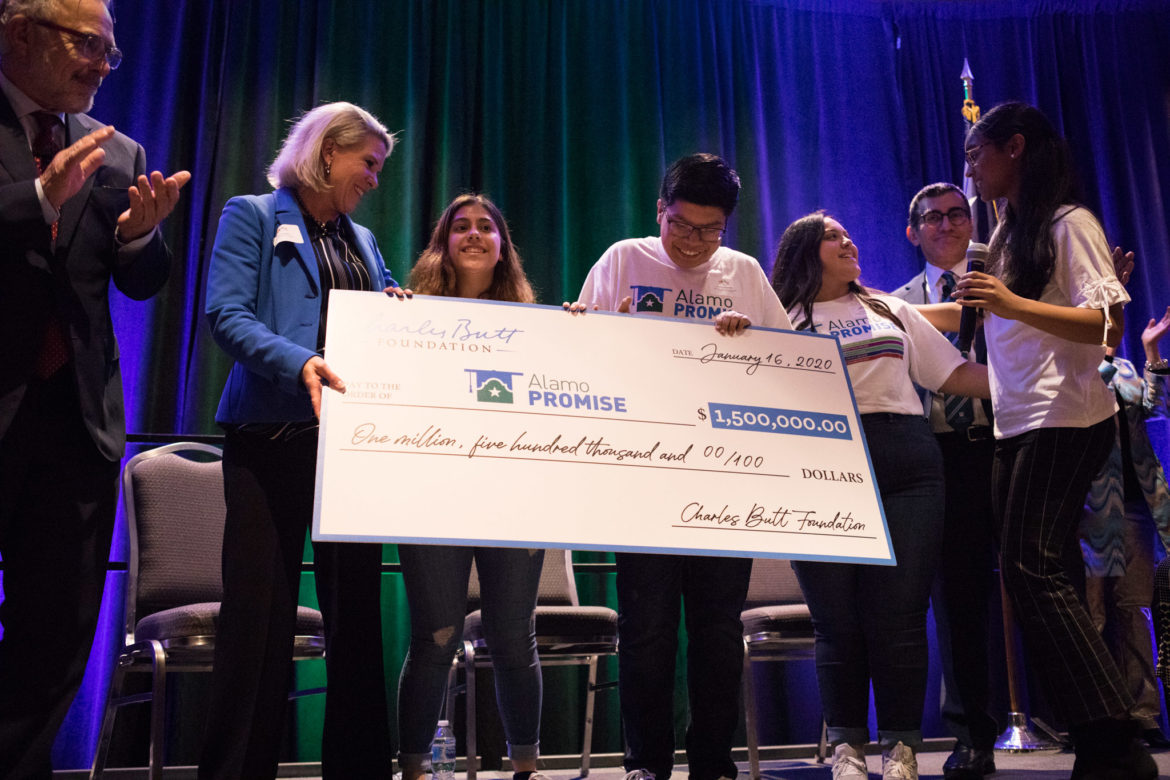 Seen on WOAI 4, 17 January, 2020
Domestic violence outcry policy drafted to help faith-based organizations
Some survivors said they were told to pray about it and their pastor advised them to stay in the marriage. They want to give faith-based leaders better information so they know how to appropriately respond. 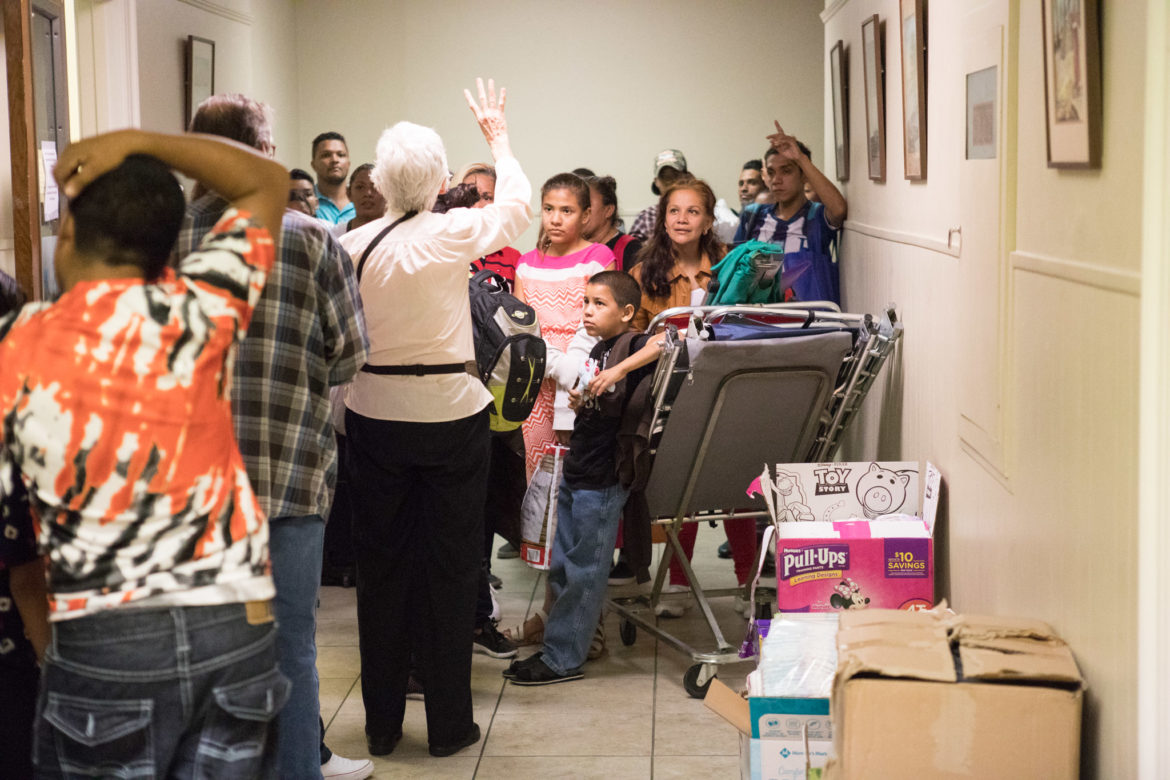 Found in Local Community News, 10 January, 2020
Fourth-graders at Vineyard Ranch Elementary organize to give back
“I feel like we should get what we give and give what we get,” said Brett Sholiton, age 9. 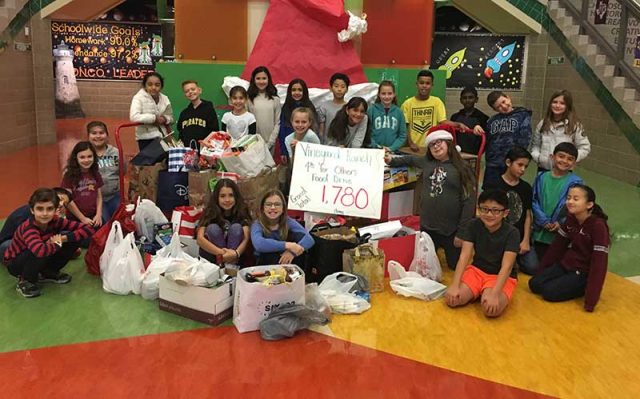 Found in the Texas Observer, 13 January, 2020
How the San Antonio Police Are Rethinking Mental Health
A new documentary on policing in San Antonio makes a simple suggestion: Instead of arresting mentally ill people, listen to them. 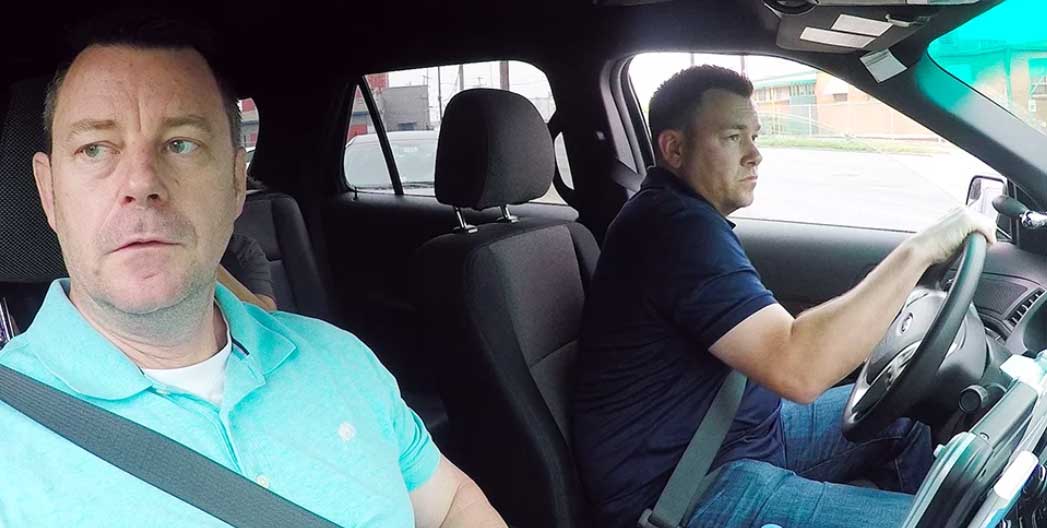 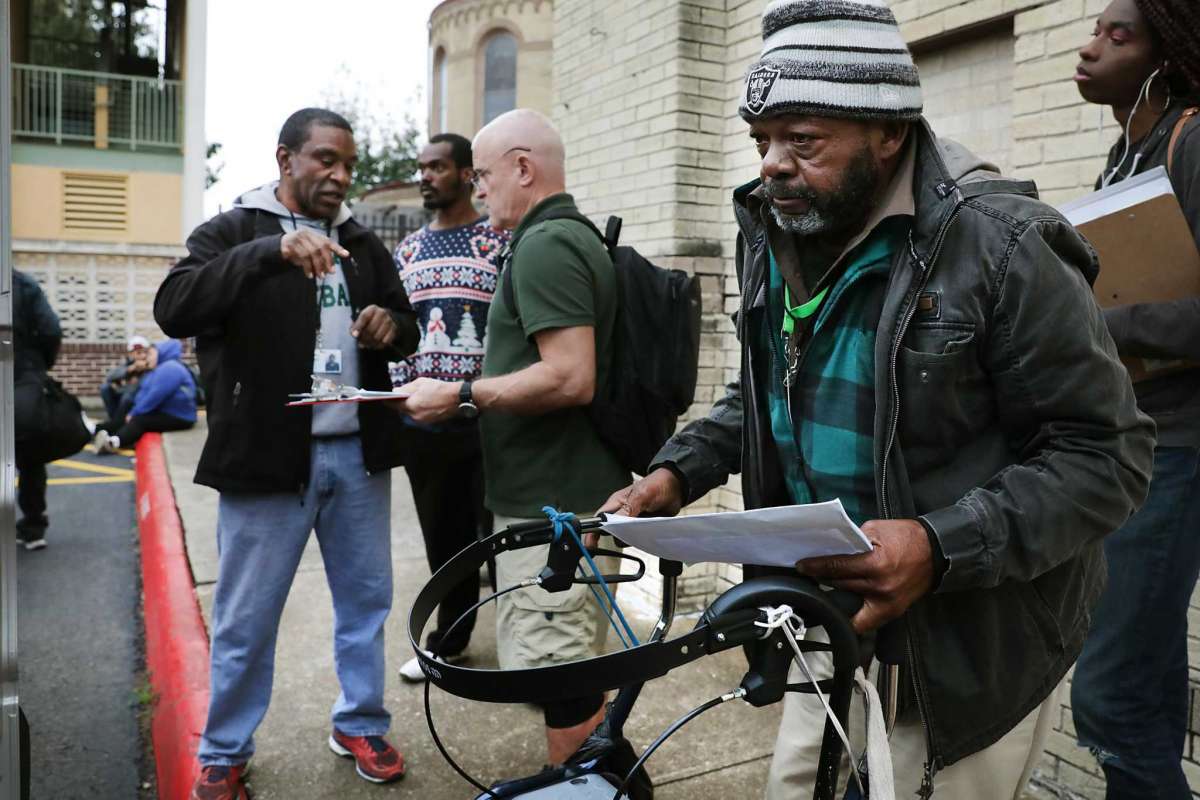 Seen on Spectrum News, 17 January, 2020
Glass Artist Uses Skills to Give Back
“I always try to keep a mentality of gratitude. So I don’t feel like I’m helping, I feel like I’m honored I can participate.” 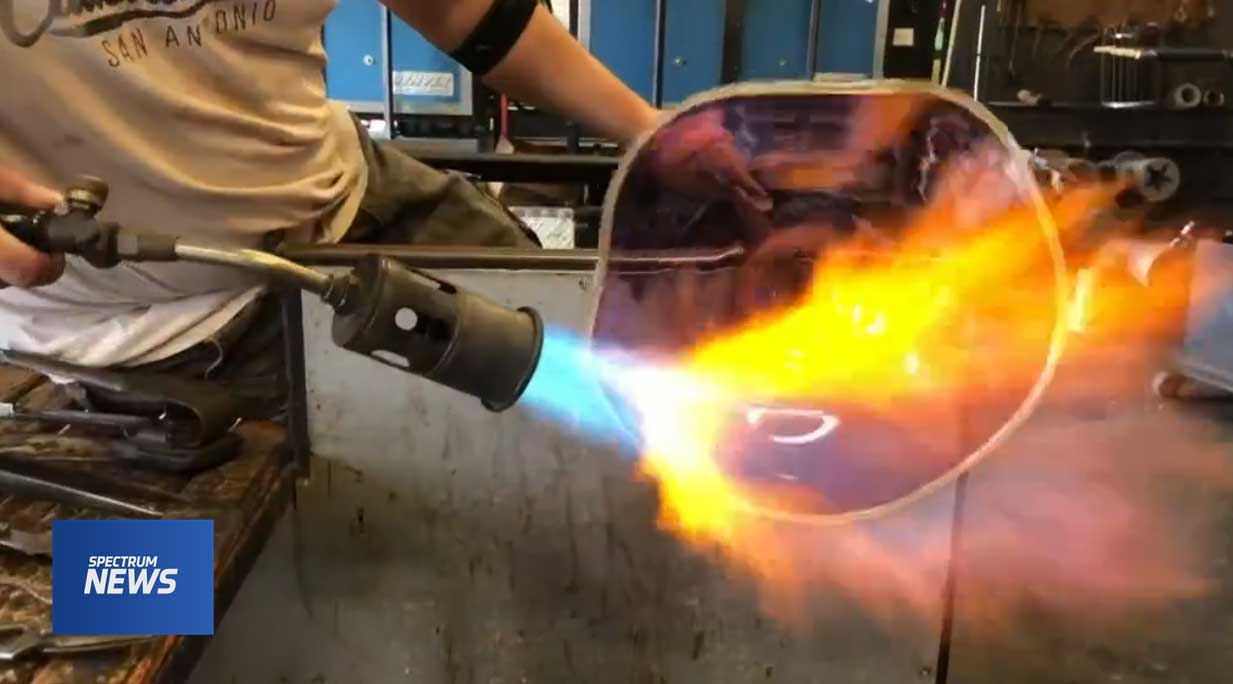 Found in the Express-News, 18 January, 2020
Almost a century after it chose the Texas Ranger as its mascot, SAC has another chance to evolve
Its Mexican American Studies student group, Somos La Gente, has asked the administration to select a mascot that’s “nonhuman, nonviolent and nonracist.” 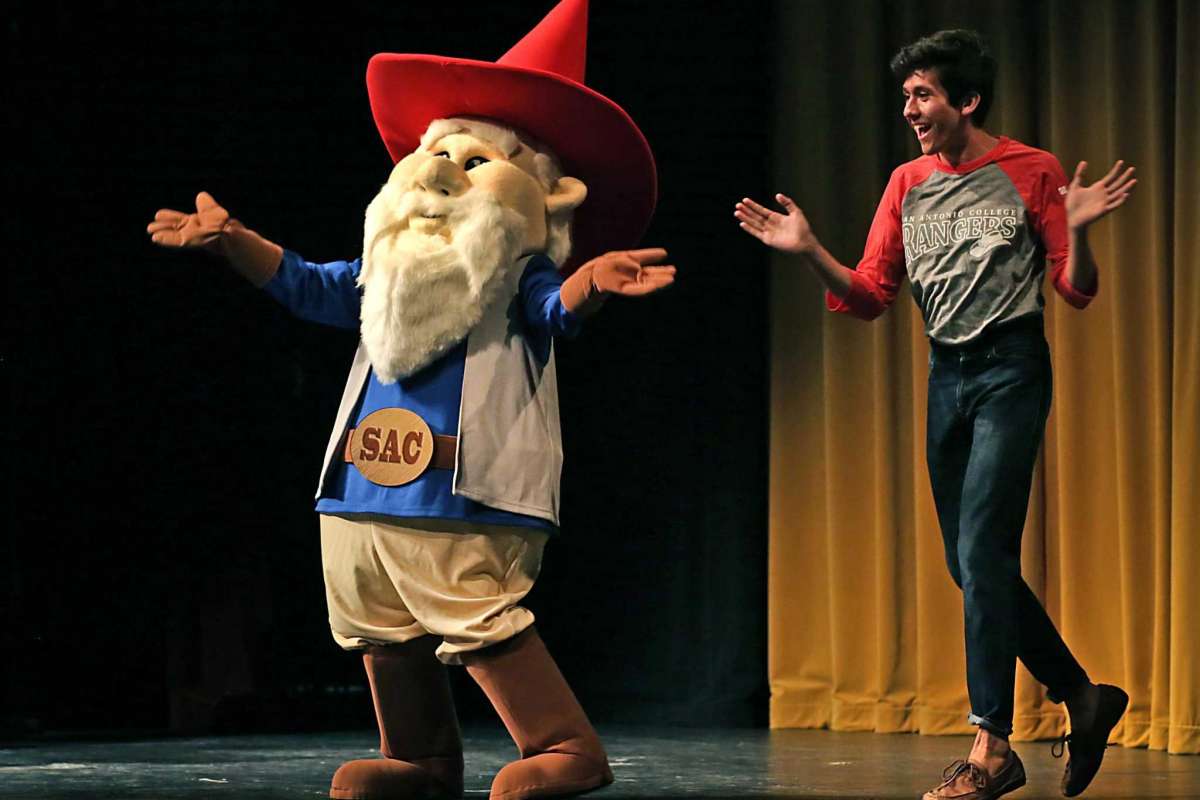 Found in the Rivard Report, 20 January, 2020
Spurs Celebrate Cultures, Traditions at First Indigenous Night
Mills expressed excitement at “the opportunity to use our voice and our platform to be able to shed light and to promote indigenous cultures not only here in San Antonio, where we all live, work, and play, but throughout the country … across the world, too.”

Heard on Texas Public Radio, 20 January, 2020
Indigenous Night Offers A Moment To Heal Wounds And Celebrate Cultures
“This is a great opportunity to reach a vast amount of people. And it’s a good example of how to do things right.” 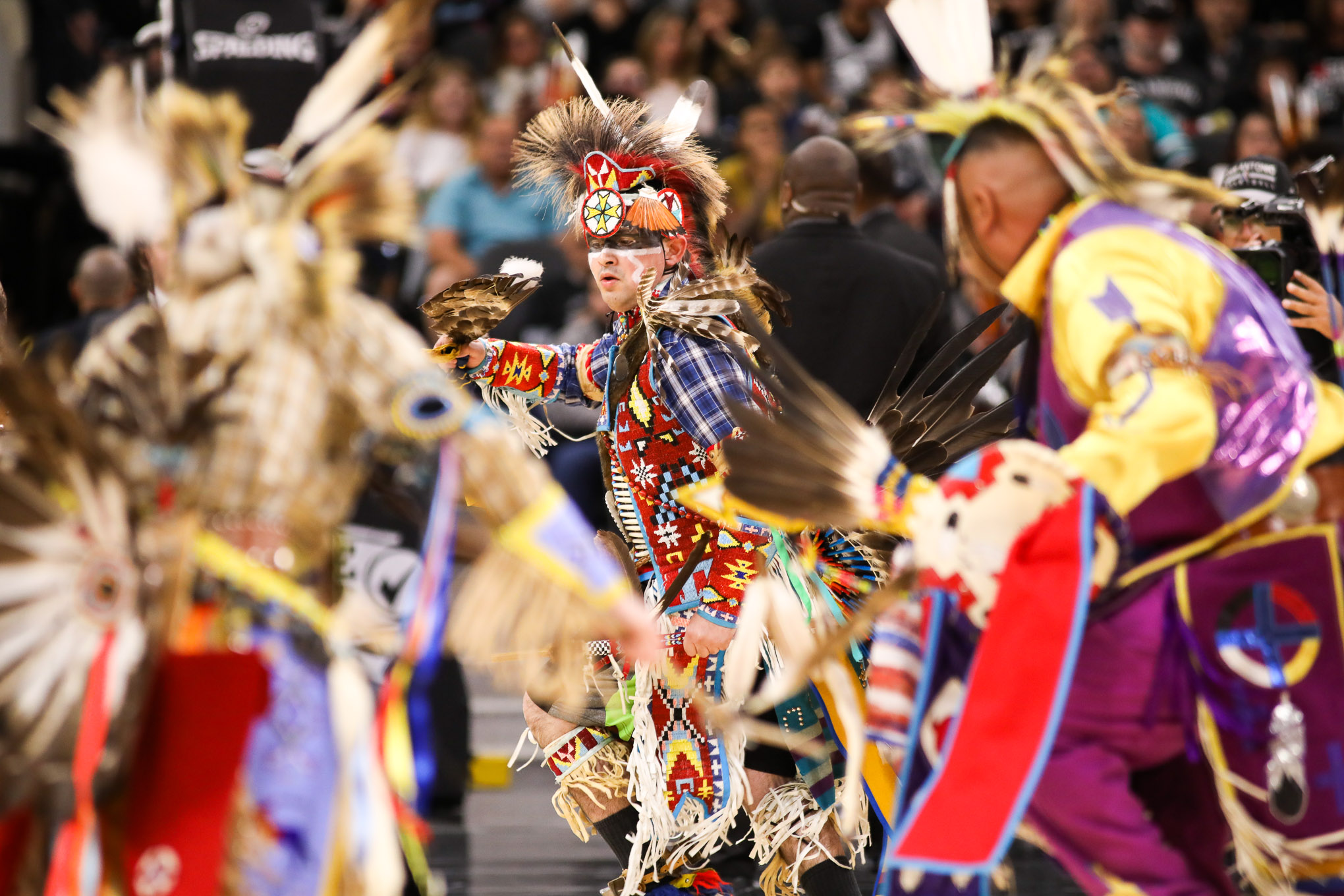 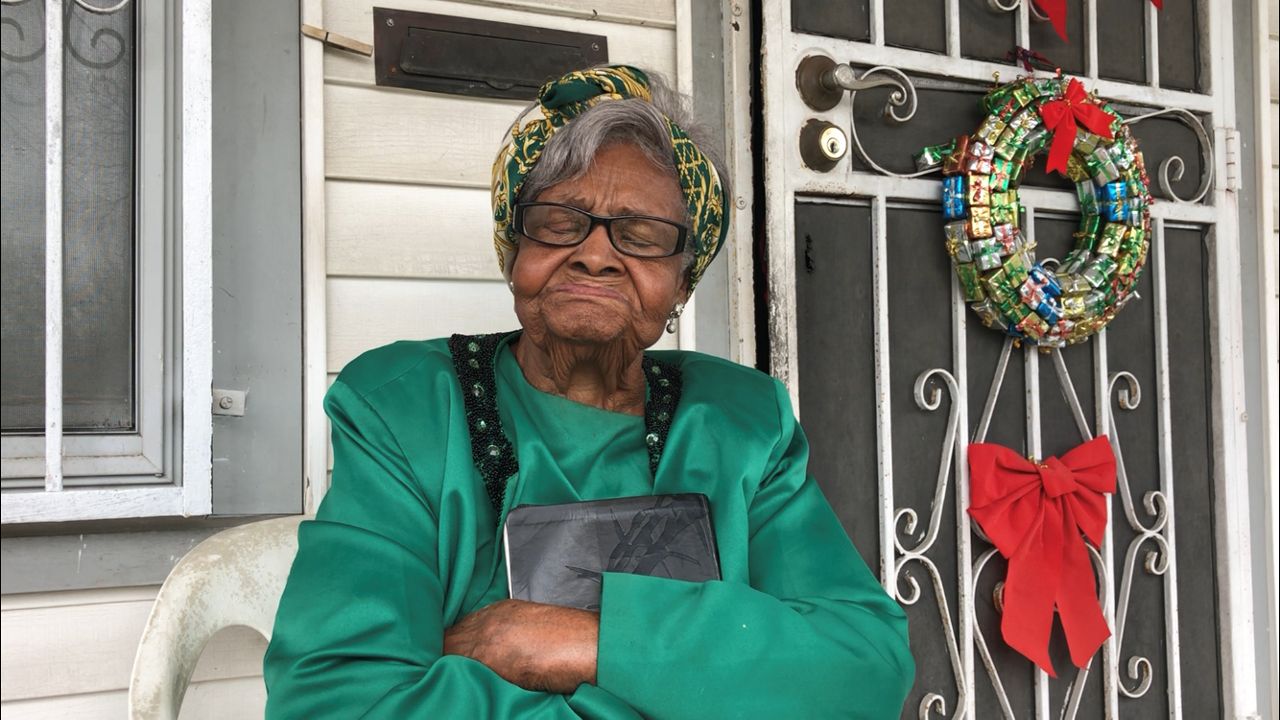 Heard on Texas Public Radio, 20 January, 2020
Thousands In San Antonio March, Celebrate And Reflect On MLK Jr.
“This is not just another march. This is something that really has a serious message and that people are fighting for equality all over the country.”

Found in the Express-News, 20 January, 2020
From Girl Scouts to Buffalo Soldiers, tens of thousands honor Martin Luther King Jr. in San Antonio
“When you see injustice in the world, whether it’s children being separated at the border, school lunches being stopped … focus on whatever injustices you don’t agree with and do something about it,” state Sen. Jose Menendez, D-San Antonio, urged.

Seen on KENS 5, 20 January, 2020
Hundreds of thousands gather at MLK March in San Antonio
San Antonio’s MLK March is considered to be among the largest such events in the U.S. and draws up to an estimated 300,000 people annually. 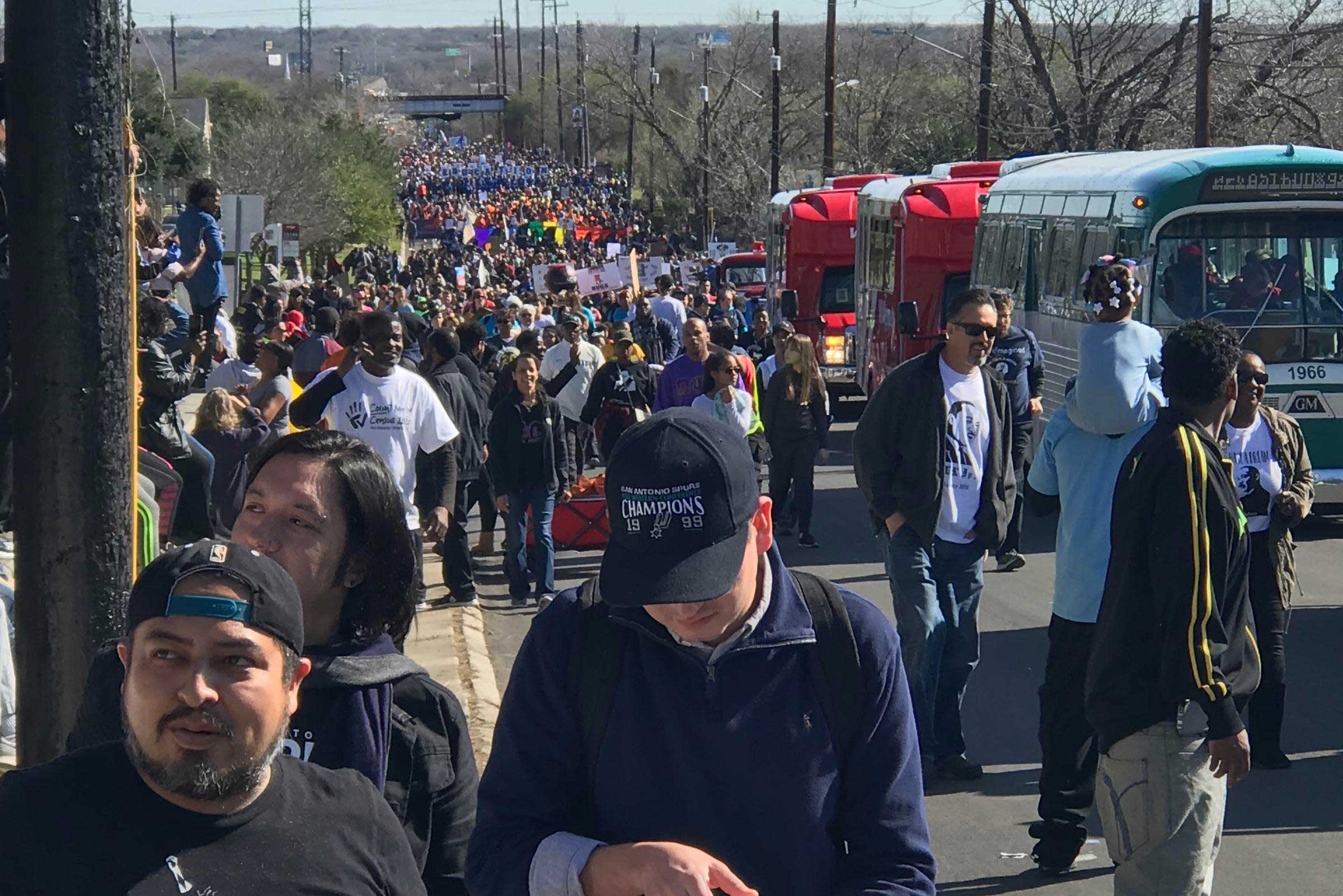 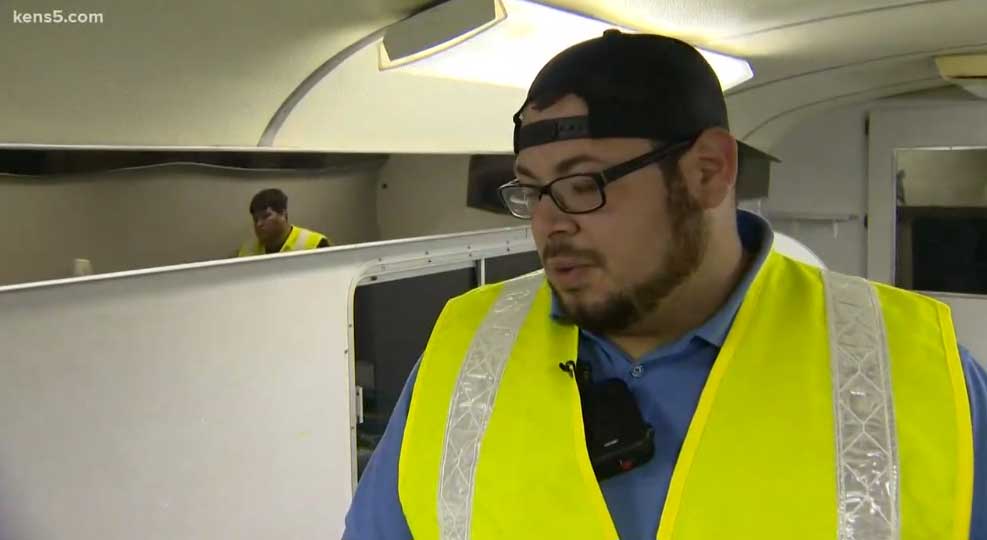 Found in the Rivard Report, 21 January, 2020
OLLU Launches National Institute of Mexican American History of Civil Rights
“The [Mexican American] community doesn’t see the world as theirs, it belongs to somebody else,” Ruiz said. “It is rooted in this history of you don’t matter. I hope the new generations and present generations, by knowing who they are and what their grandparents struggled through, that they will develop a sense of pride rather than a sense of apology.” 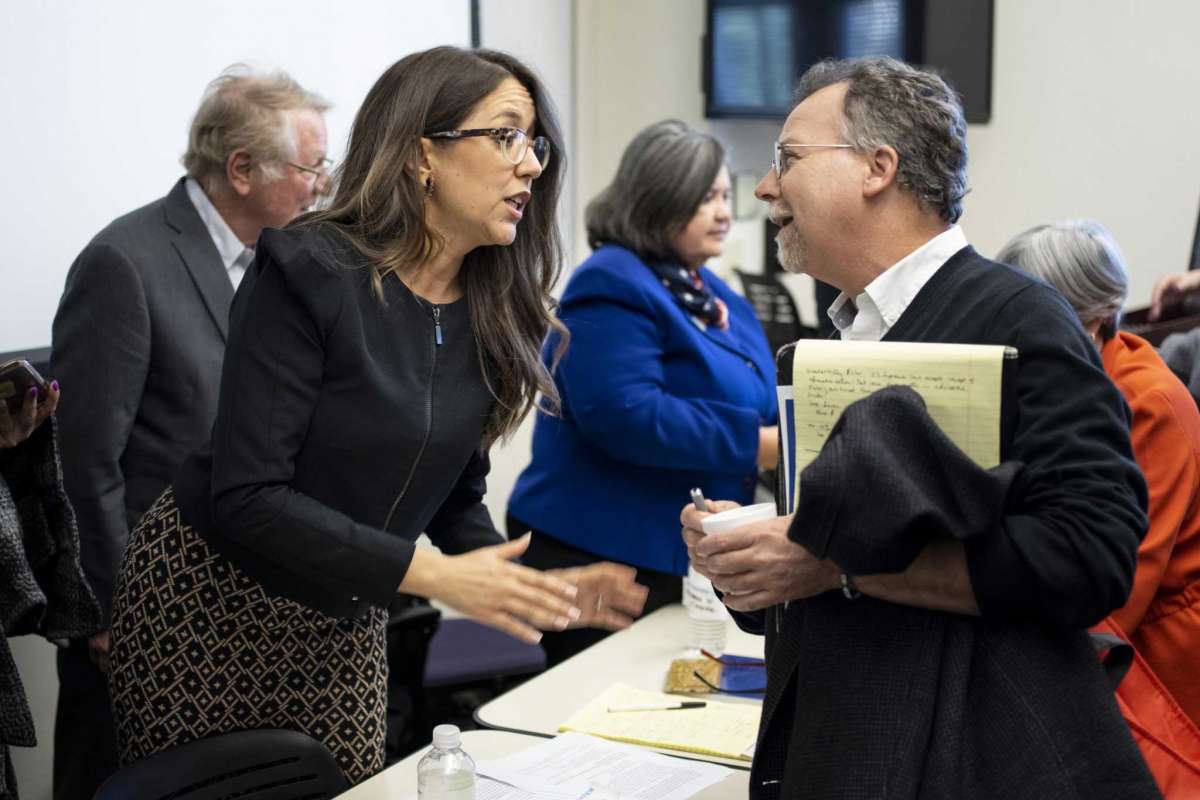 Found in the Express-News, 21 January, 2020
San Antonio Zoo sending veterinary staff to Australia to help animals affected by fires
They are preparing to send staff to Sydney to support the Taronga Zoo, the largest in Australia. 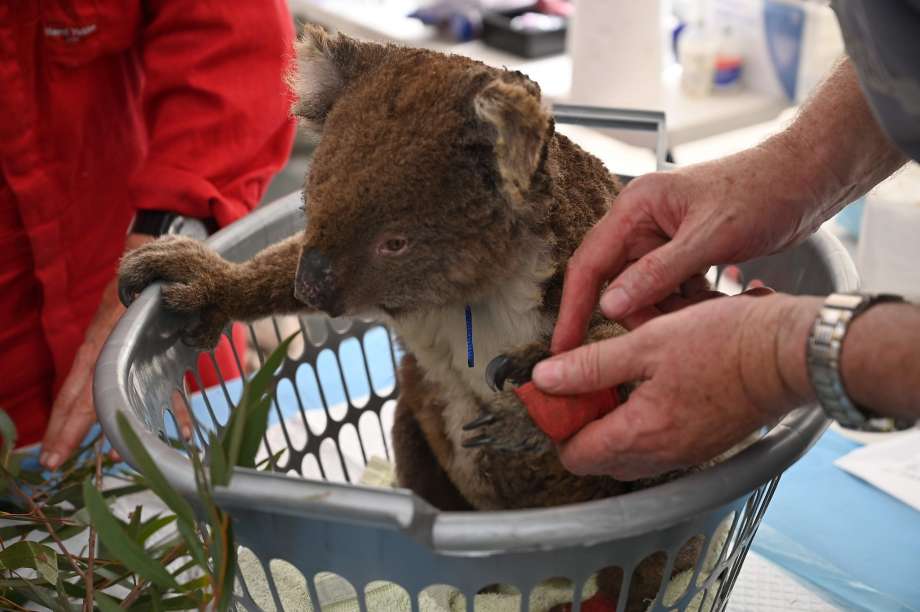 Found in Duke Divinity’s Faith & Leadership, January 21, 2020
A Texas congregation caring for immigrants gains a new understanding of Christianity as a ‘trauma-healing movement’
“This is the pilgrim church passing through.” 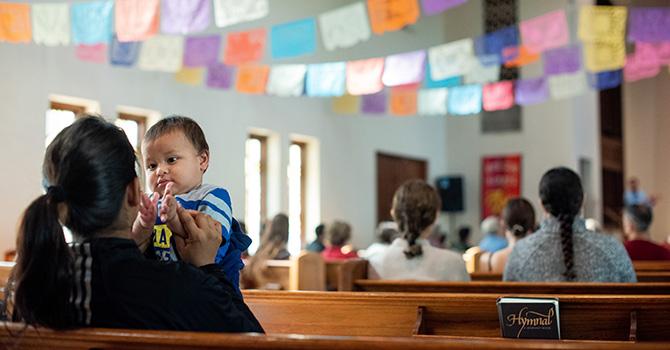