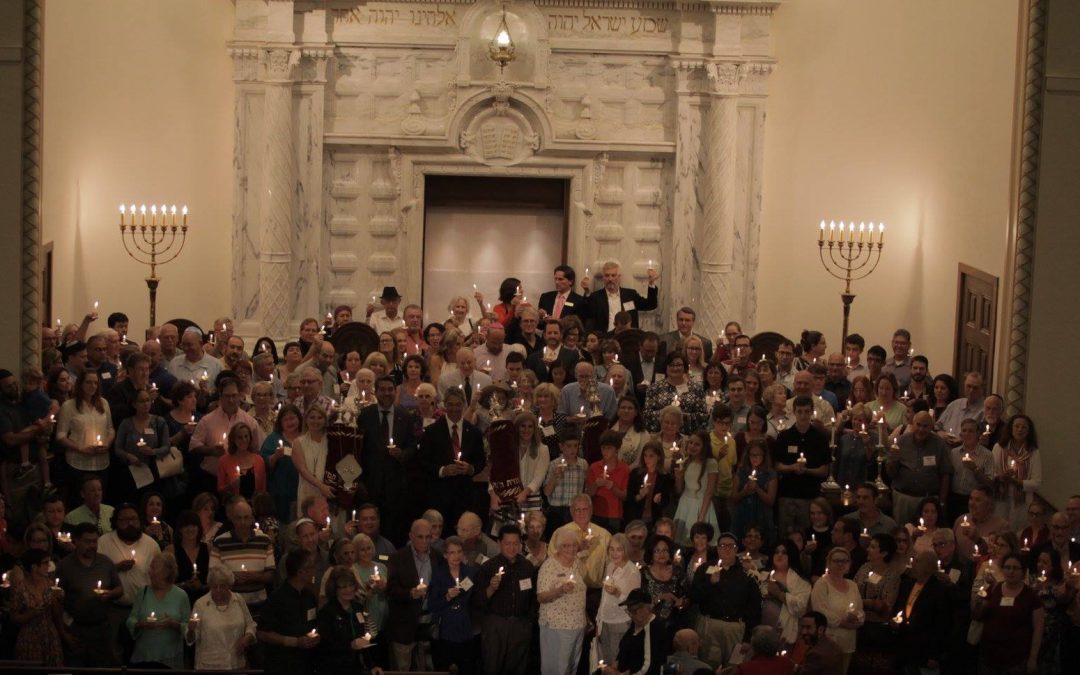 The late George Gerber, a professor at the Annenberg School at UPenn, described what he came to call the “Mean World Syndrome.” He found that the more TV people watched, the more they were exposed to other people behaving badly and the more they tended to view the world as a mean world: scary and unpredictable. The antidote to the mean world syndrome is exposure to the much vaster compassionate world: a reminder that there are good people doing good things right here, and everywhere. Every Wednesday Compassionate San Antonio publishes this news roundup of the good people of San Antonio doing good things. The world doesn’t look so mean when viewed through their eyes.

Seen on Fox 29, 18 August, 2017
Temple members and city leaders take stand against hate during candlelight service
“Show the world that we are strong and we are not going to give up our core message of love and compassion for everybody,” added [Senior Rabbi Mara} Nathan. (Also pictured in the photo above.) 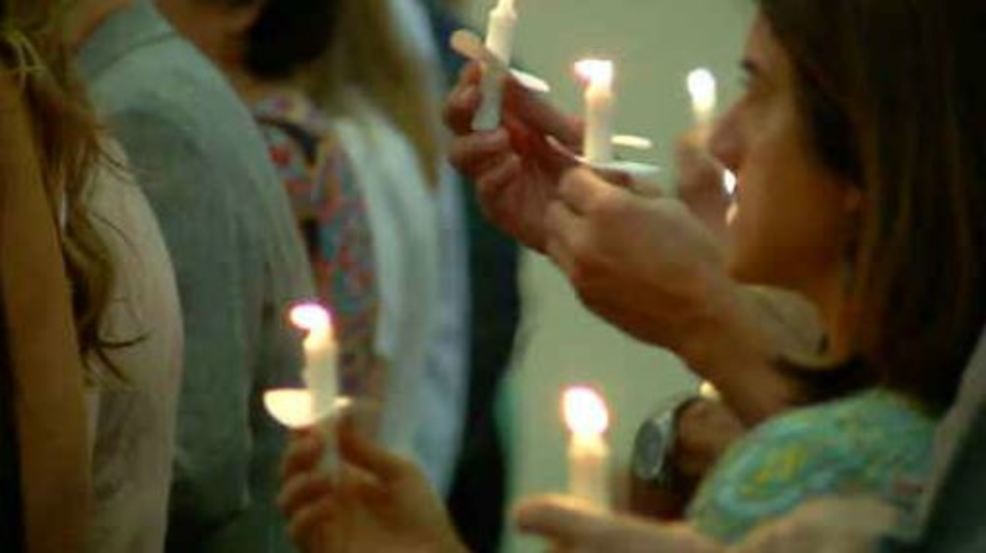 Seen on KSAT 12, 20 August, 2017
San Fernando holds special Mass for immigrants, calls for end of racism
“We have to be reminded as, not only Catholics, but as leaders, period, that sometimes we have to get off the numbers and spreadsheet and realize people need help,” [District 6 Councilman Greg] Brockhouse said. 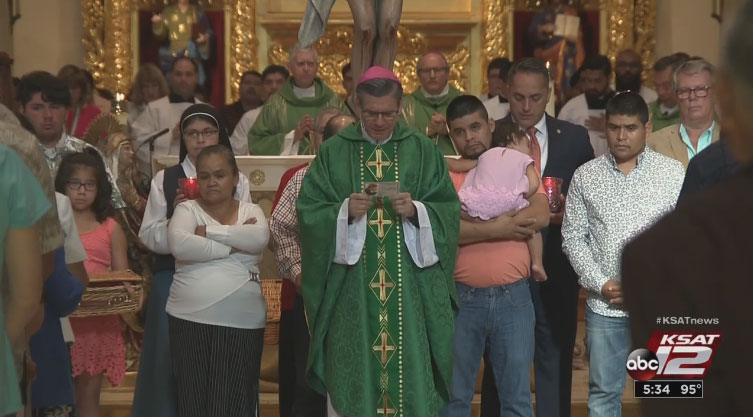 Found in the Rivard Report, 23 August, 2017
Exhibition: ‘Darkness Itself Can be Made to Illuminate’
. . . a suggestion that darkness itself can be made to illuminate, as in Archbishop Gustavo García-Siller’s cry of the heart for compassionate action on behalf of suffering migrants: “If there is something, anything I can do as your shepherd, please tell me. We need to break the silence.” Through his own powerfully ambivalent gestures, López exposes a silent darkness at the heart of the migrant issue, and allows us a visceral and necessary glimpse into the experiences of others. 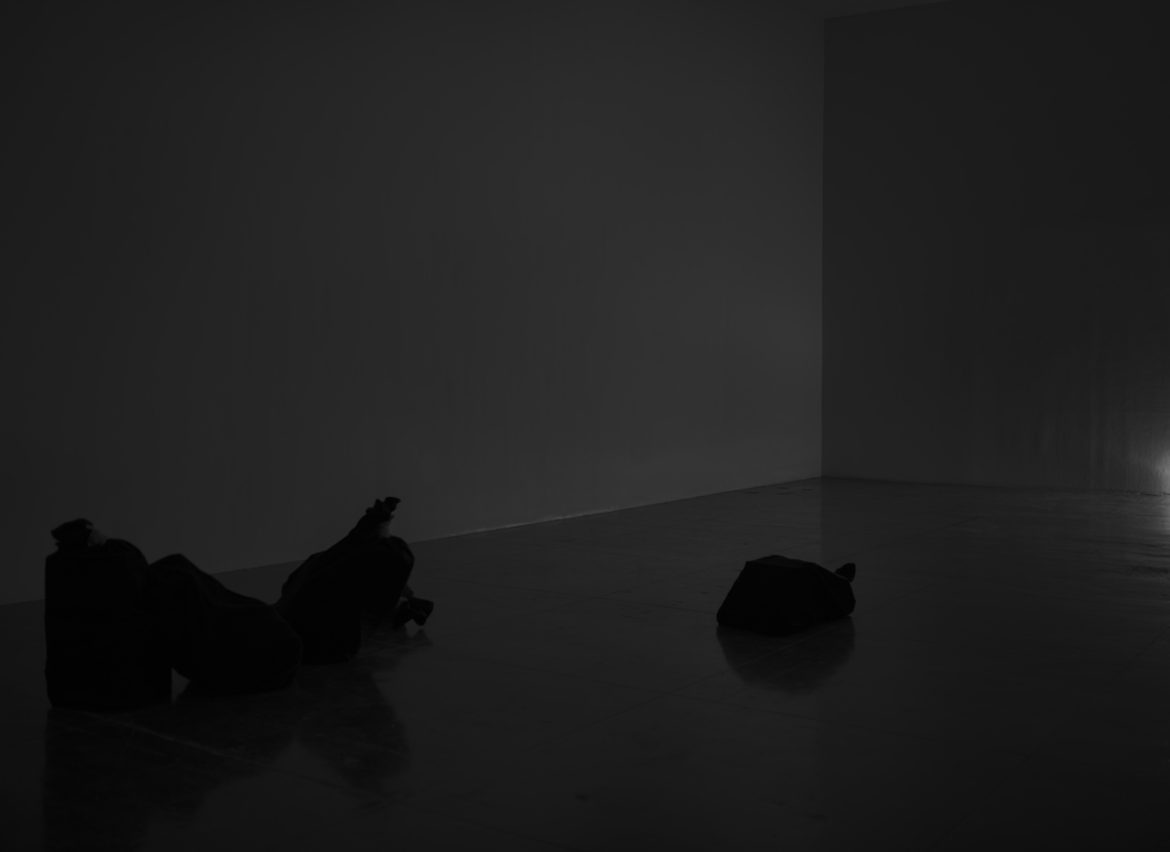 Sent to us by Compassionate Austin, 20 August, 2017
Announcing the Mayors’ Compact to Combat Hate
More than 200 U.S. mayors [including San Antonio’s] have joined the Anti-Defamation League and United States Conference of Mayors in a new initiative to fight extremism and bigotry in America. 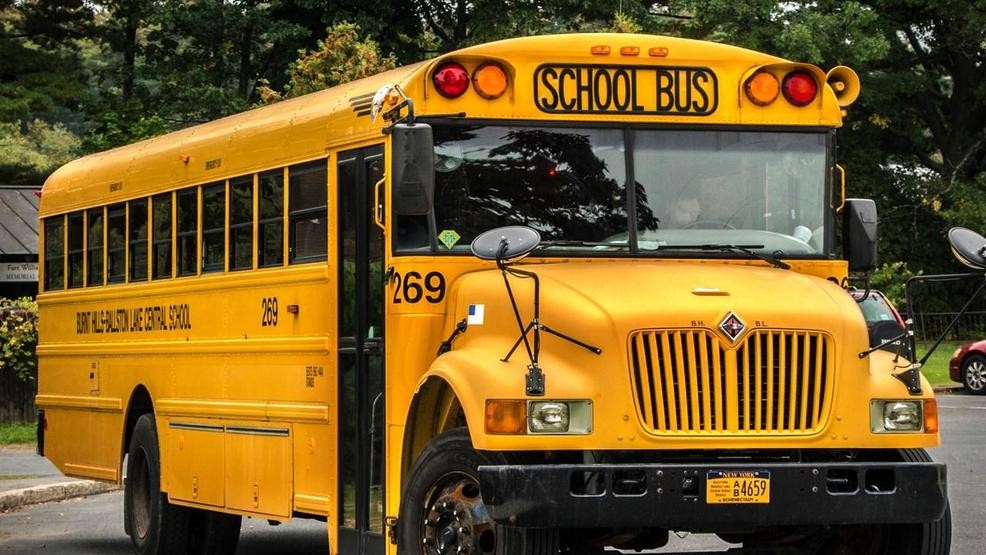 Seen in the San Antonio Current, 22 August, 2017
SAISD Adds Sexual Orientation and Gender Identity to Non-Discrimination Rules
“SAISD has to advance with the times and lead Bexar County to protect the most vulnerable students and employees,” said Ruby Polanco, a senior at the district’s Young Women’s Leadership Academy who testified at the Monday meeting. 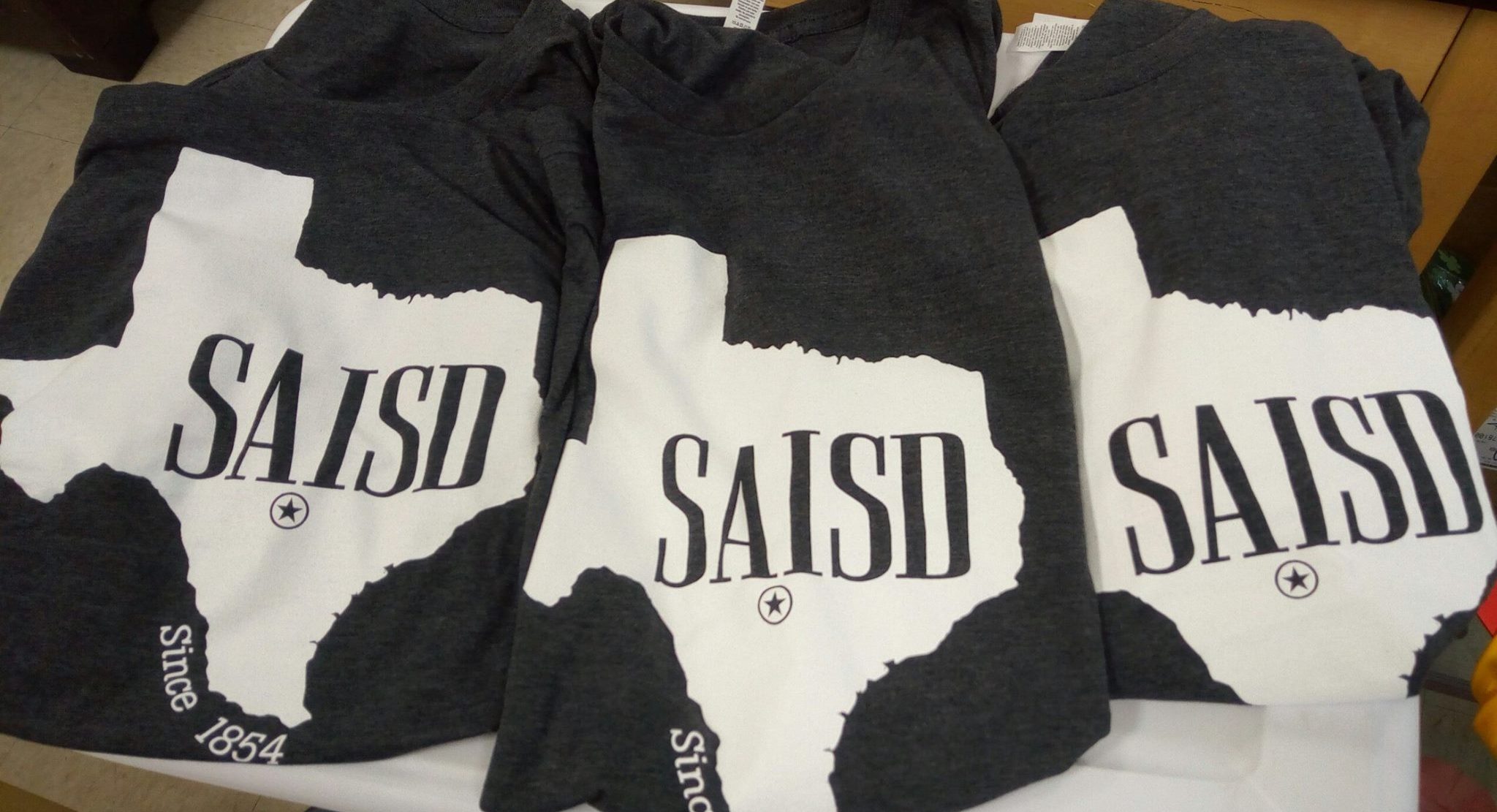 Found on the UTSA web site, 22 August, 2017
Meet a Roadrunner: Honors student Shruti Sinkar is raising awareness about homelessness and hunger
During the second semester of her freshman year, the service-minded undergraduate started the UTSA Hunger and Homelessness Movement, an initiative that she conceptualized after a visit to a battered women’s shelter. 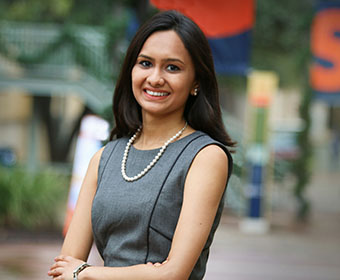 Found in the Express-News, 19 August, 2017
Nirenberg to address housing woes
“ ‘Equity’ is not a catchphrase or a slogan. It’s a process and a value, fiscally responsible and rooted in compassion,” [Mayor Nirenberg] said. “If a budget is a moral document, then this one is our most honest. It has required us to confront past mistakes — choices that have made us one of the most economically segregated cities in the country — and restore equity for all of our residents.” 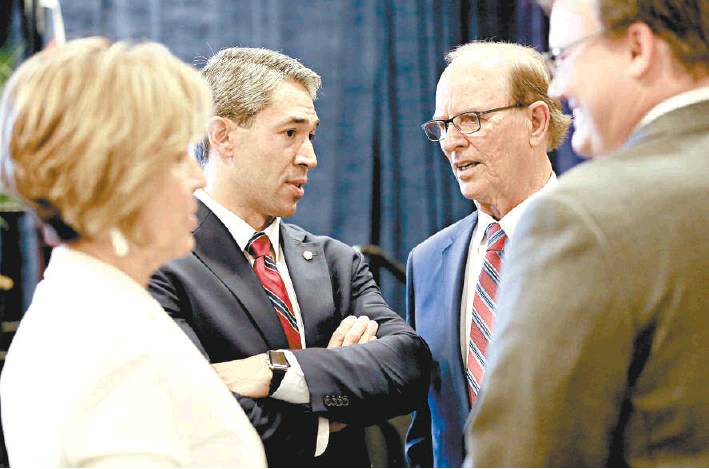 Found in Folo Media, 18 August, 2017
Checking white church privilege
“We don’t want to take the approach of ‘Hey, what (are) the problems?’ so we can fix them,’” Jones said. “We want to know what they really want and bring out their inner hopes and dreams for their community and their kids, not just put something out there that people can go to, but something that they can connect to.” 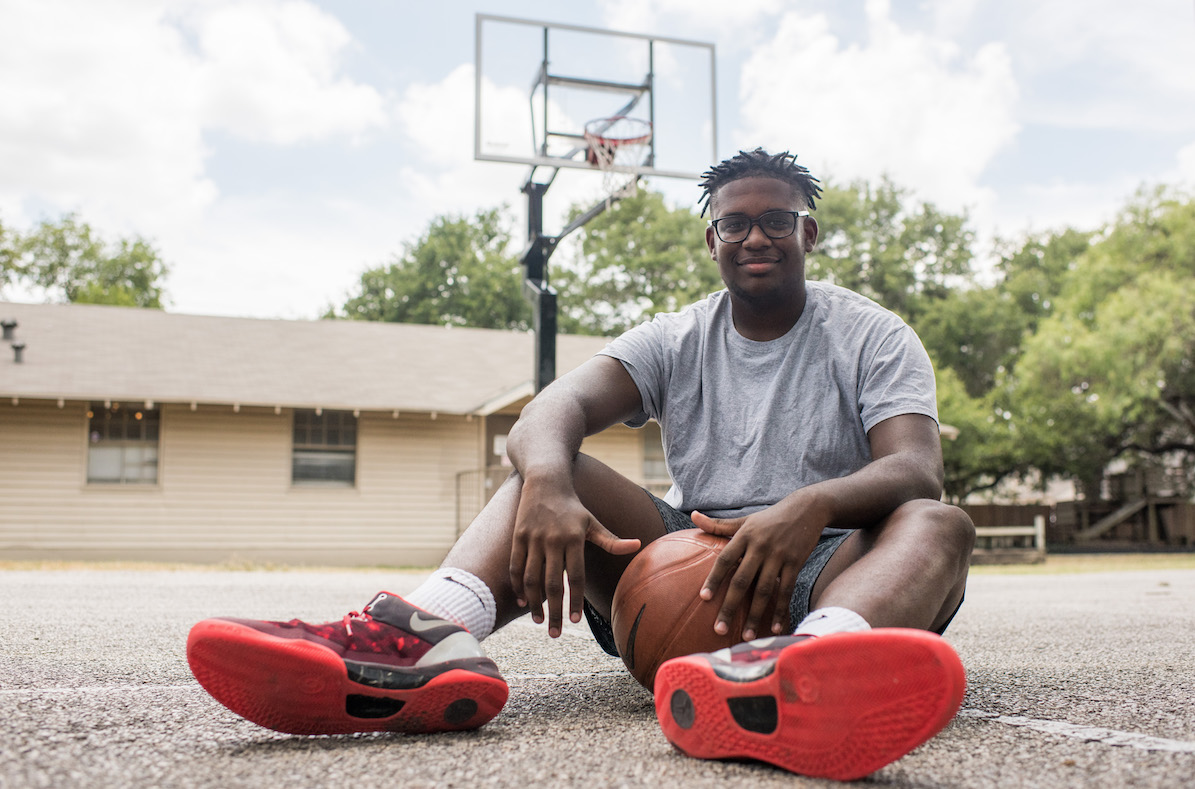 Found in the Express-News, 21 August, 2017
Helping others makes birthday girl happy
Last year, Hartlee raised money for a Salvadoran family in need of bunk beds. Her latest gift of goodwill came after a family friend talked about the thousands of refugees Catholic Charities had resettled in San Antonio within the last decade. 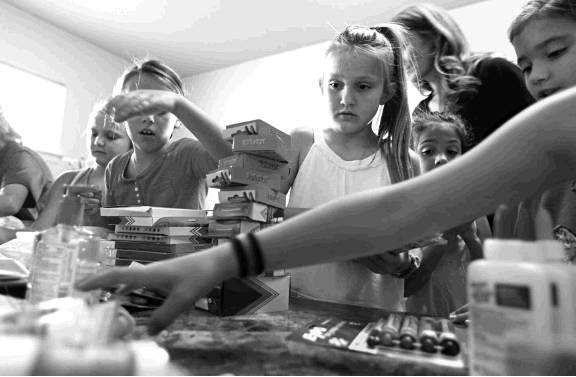 Found in the Express-News, 19 August, 2017
Soldier volunteers to help children in need
His goodwill falls in line with his faith and lessons his parents taught him, such as the world is a neighborhood and everyone is responsible for coming to their neighbor’s aid. 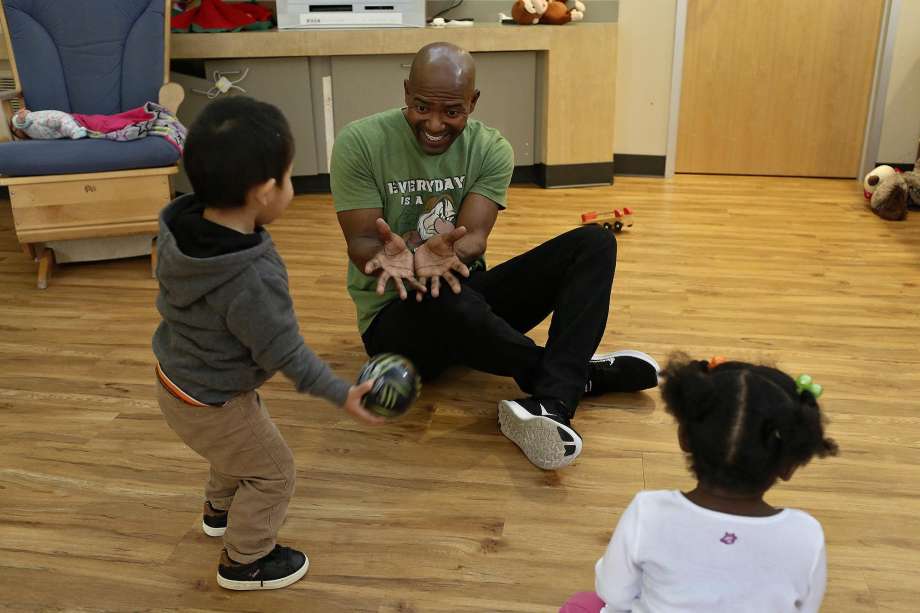 Seen on News4, 16 August, 2017
Anti-bullying rally held at City Hall
As the new school year approaches, city leaders gathered at the steps of city hall Wednesday morning to take the “David’s Law Pledge.” The pledge is an effort to get people take ownership of their online identities by pledging not to bully others. 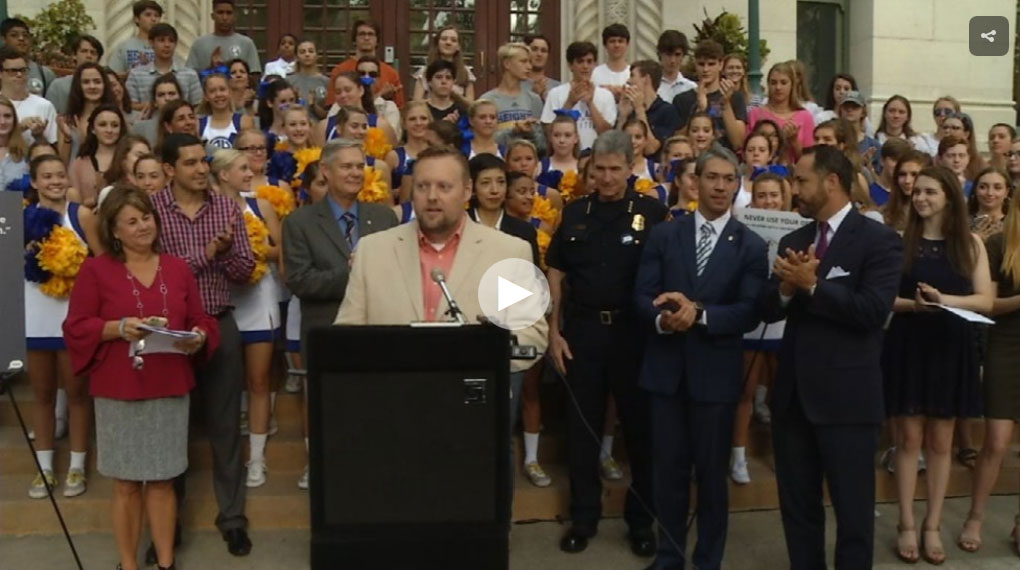 Seen on KENS5, 18 August, 2017
Million Summer Meals celebrates over 9 million meals
“It has been an amazing experience to see the generosity of our community, the support that came from individuals, churches, companies, as they support this effort to make sure no child goes hungry this summer,” San Antonio Food Bank CEO Eric Cooper said. 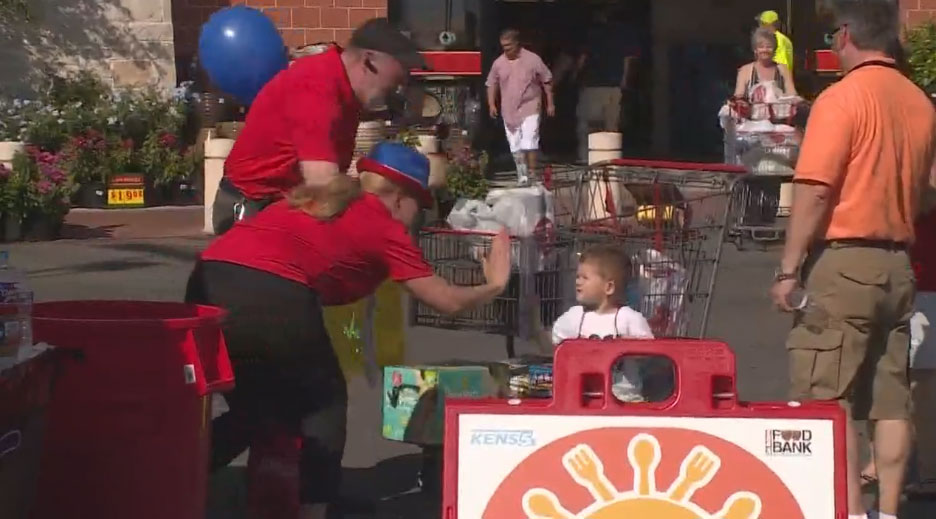 Heard on “The Source,” Texas Public Radio, 21 August, 2017
Building A ‘Bridge’ For Bexar County Kids In Crisis
A new emergency shelter is opening for at-risk youth in San Antonio, including children who are homeless, neglected or abused. 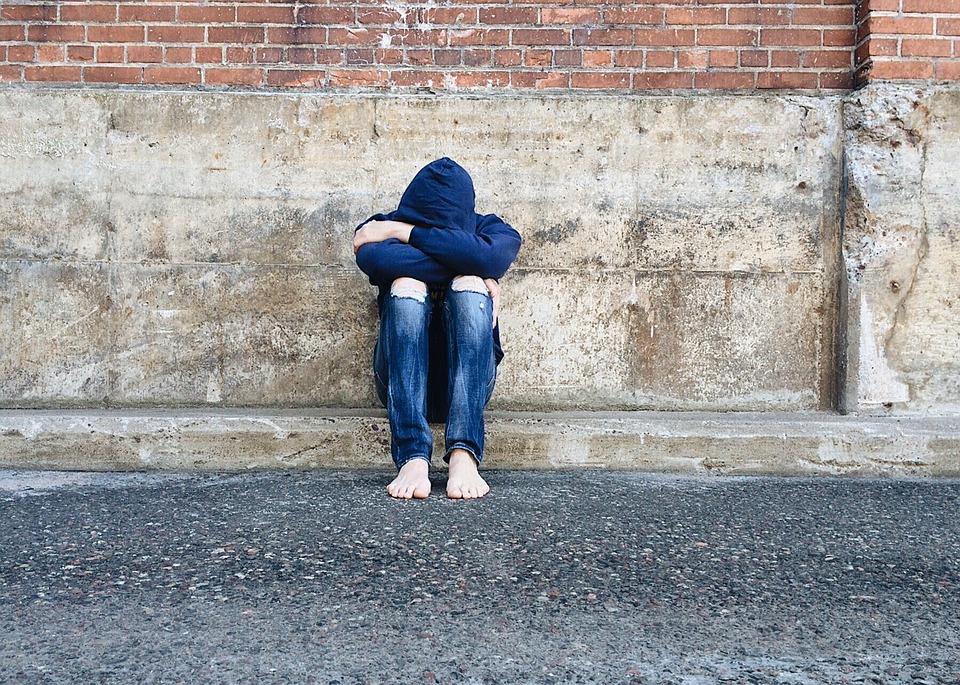 Found in the Express-News, 17 August, 2017
Diversity, participation in focus for Fotoseptiembre
Organizers of Fotoseptiembre USA wanted to broaden the scope of perspectives presented in the photography festival, so they tried something different: They dropped the registration fee. 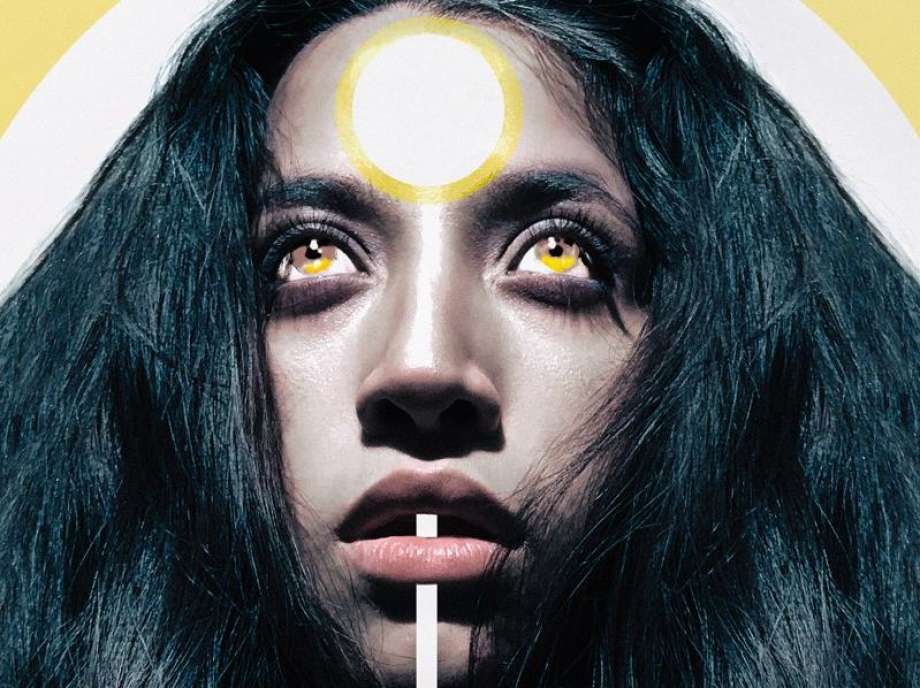 Seen on Kens5, 17 August, 2017
Mowers transform little league park into a field of dreams
“Mothers, fathers, uncles, aunts working together. These families mow these fields themselves, and we did too and we loved cleanup day. We loved when we got to do things together,” Tips said. 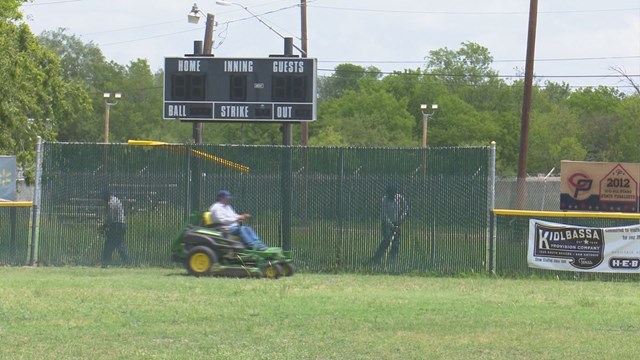 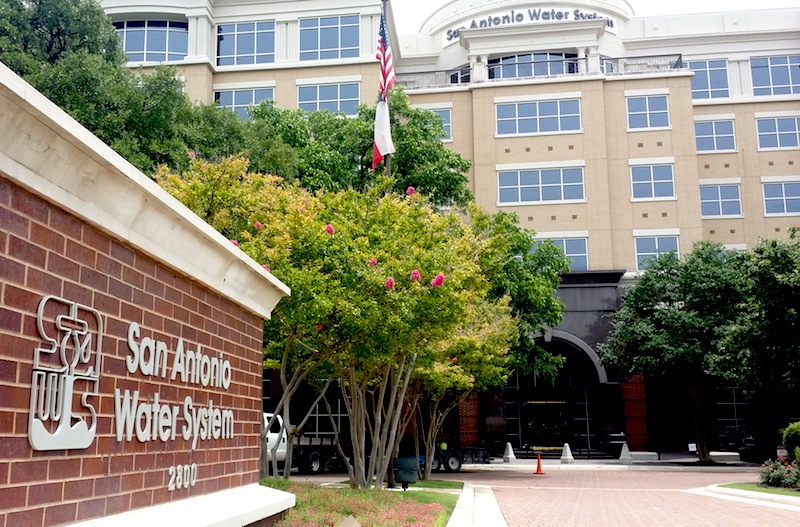