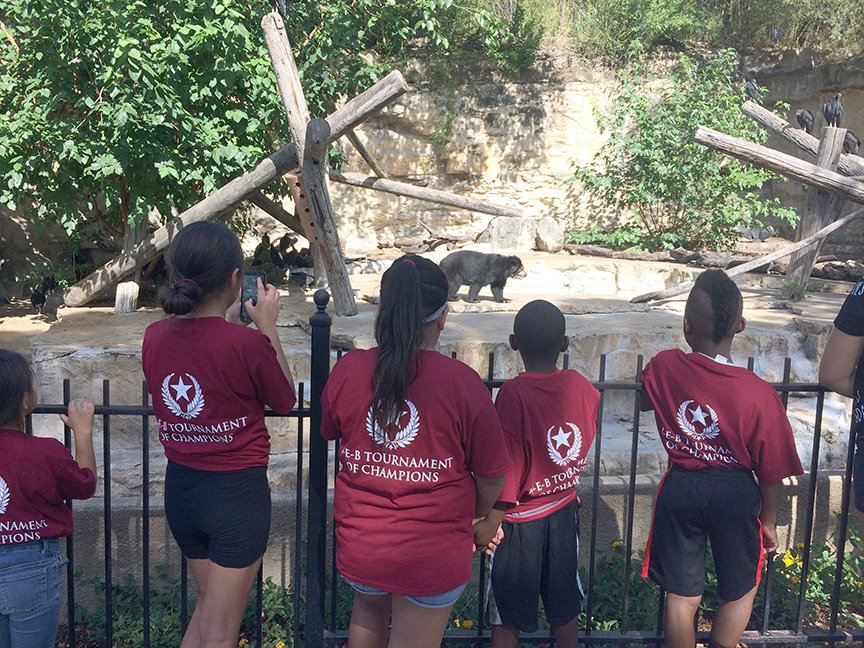 Lions and tigers and BEARS! Oh My! Kids from the SAMMinistries Transitional Living and Learning Center visited the zoo yesterday (last week they went to the Aquarium.) It really takes a village to raise a child! This week marks the 1st anniversary of Compassion Here!, our weekly news roundup of #compassionateSA stories. In 52 weeks we’ve recorded 1,277 compassionate acts, about 25 per week. These stories, big and small, paint a picture of how San Antonio is living its commitment to be a compassionate city.

If you want to read the stories as they happen, follow us on Twitter @compassionNET1. Use the hashtag #compassionateSA so we can find YOUR compassionate acts!

Seen on KSAT 12, 4 July, 2018
SA nonprofit on standby to give proper burial for baby found in suitcase
“No matter how divided we are on other topics we certainly come together when it has to do with a baby.”

Seen on KSAT 12, 7 July, 2018
Vigil held for unidentified child found ‘beyond decomposed’ in luggage during drug raid
“We felt compelled that this baby needs a voice and it needs closure, you know? And to be discarded like a piece of trash is wrong.”

Also seen on FOX 29, 7 July, 2018
Community host vigil for baby found in a trunk
A child abuse awareness advocate used the vigil as an opportunity to remind people about the Baby Moses Law, which allows parents to surrender their babies younger than 60 days at a hospital, fire station, free-standing emergency center, or EMS station.

Seen on Spectrum News, 5 July, 2018
Dentist gives decorated veteran a reason to smile
Kboudi and Calderon first met during Dentistry from the Heart, an annual free day of dental care. 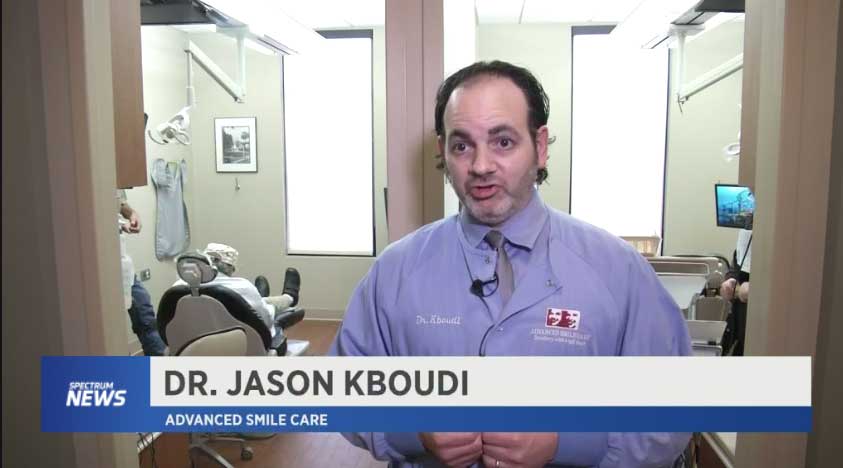 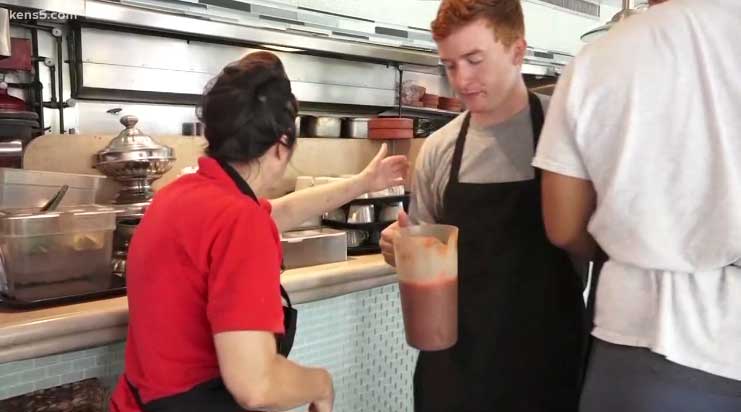 Heard on Texas Public Radio, 3 July, 2018
Dare To Listen: How Is San Antonio Handling Population Growth & Gentrification?
“We have a time like no other in our city where we can actually do something.” 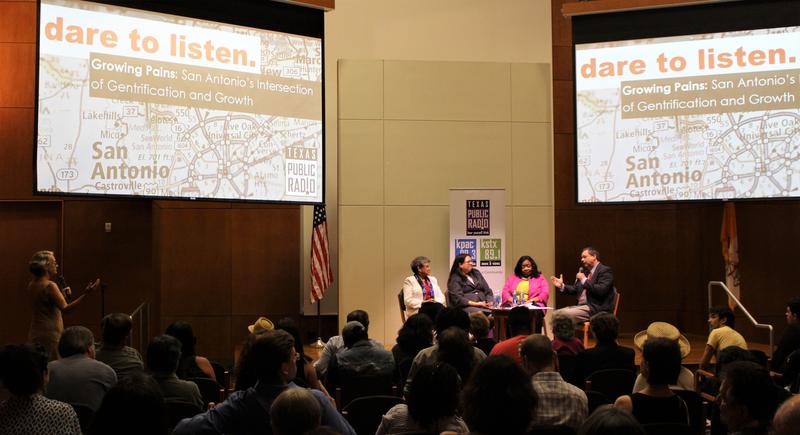 Found on the UTSA web site, 6 July, 2018
UTSA alumnus is on a mission to help recently rehoused veterans feel at home
“We want to help our veterans successfully reintegrate back into society, and furnishing a house is one way to do that.”

Also seen on Kens 5, 7 July, 2018
VetStrong celebrates grand opening
The new non-profit helps former homeless veterans get back on their feet by making their spaces feel like home through furniture.

Also seen on KSAT 12, 7 July, 2018
Resource center for veterans opens on Northwest Side
“I was made aware that they didn’t have any way to make a sandwich. They didn’t have forks or knifes or can openers.” 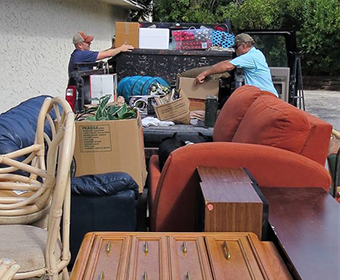 Found in the Express-News, 6 June, 2018
Register your dog’s microchip so she can be rehomed
ACS offers free microchips for city of San Antonio residents and $5 for Bexar County residents outside the city limits. 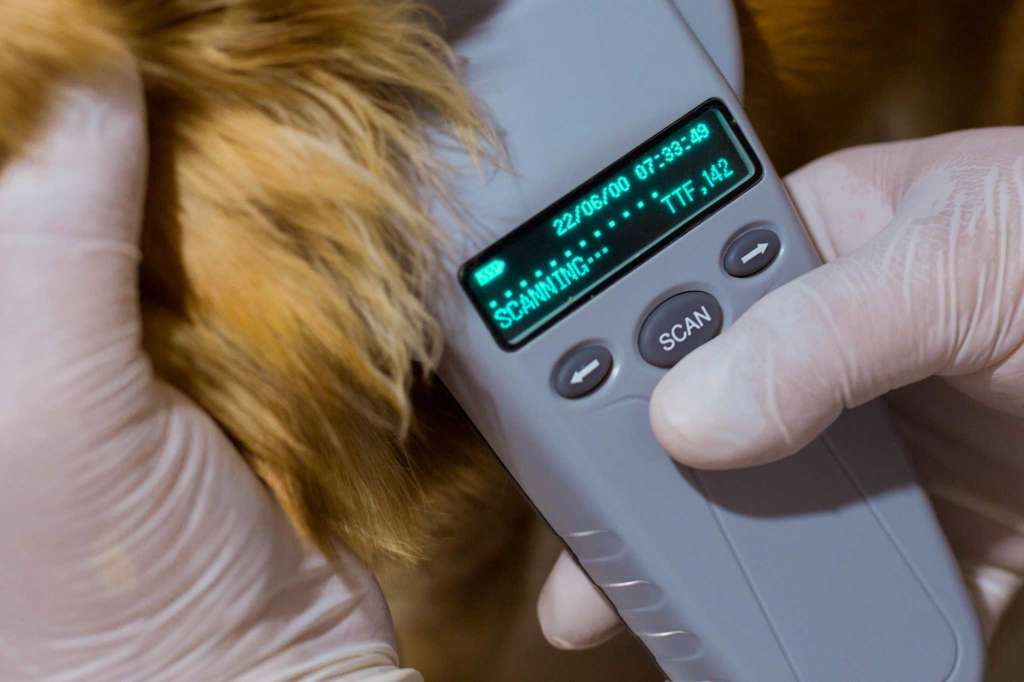 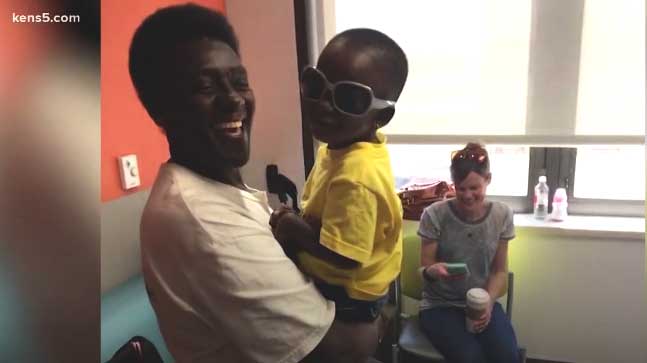 Found in the Express-News, 6 July, 2018
Isolated seniors receive help from Meals on Wheels San Antonio
“A lot of folks we serve have no family support. So, often they don’t see anyone else besides our driver or volunteer.” 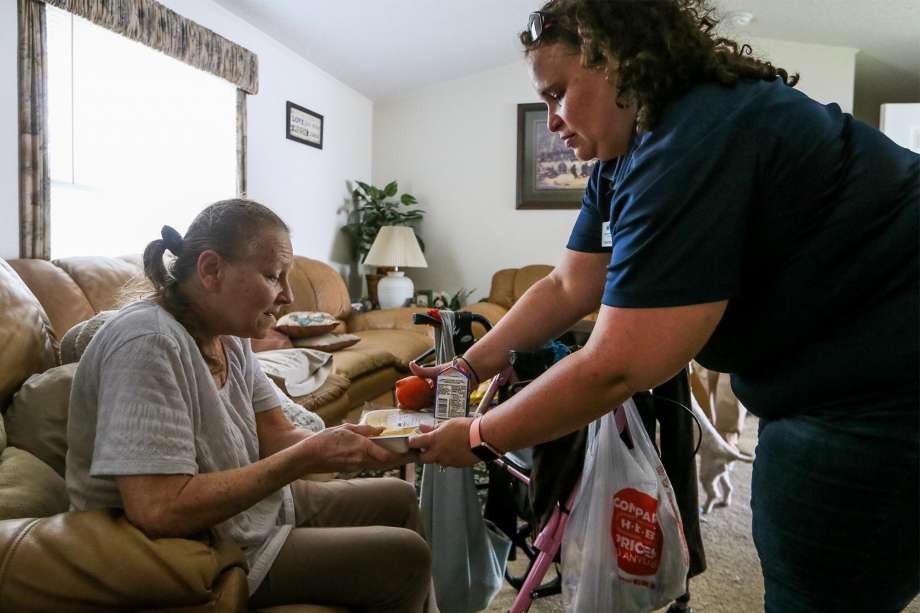 Found in the Express-News, 7 July, 2018
Spurs Off-topic: David Robinson
“I learned how to give and how to talk to people and how to see what the needs were as opposed to kind of trying to make people take what I thought they needed.” 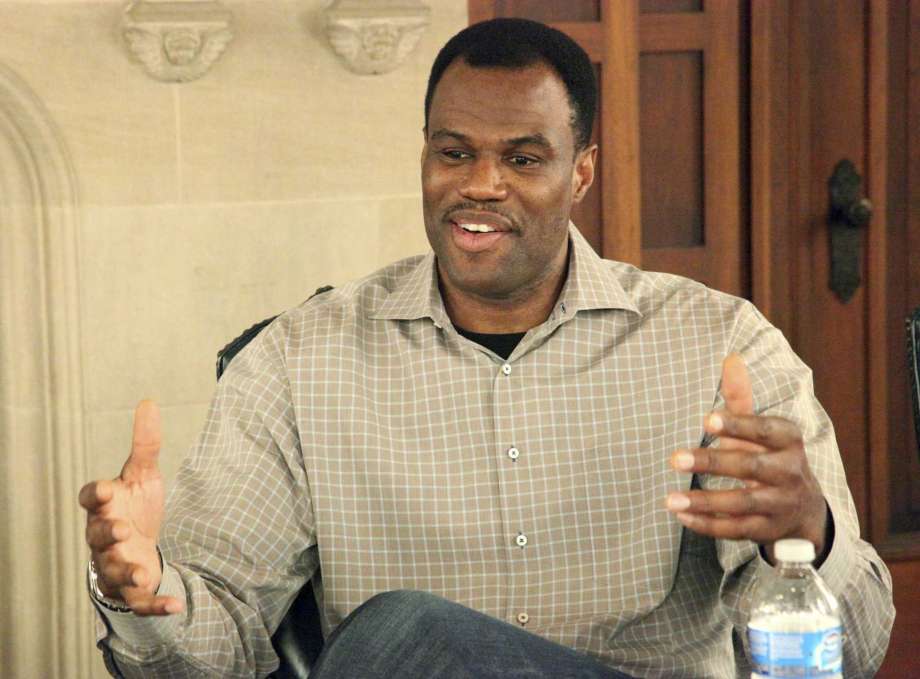 Seen on KENS 5, 7 July, 2018
Young man helps other foster children
“The way I saw my big brothers put their belongings in a trash bag, it just didn’t feel right.” 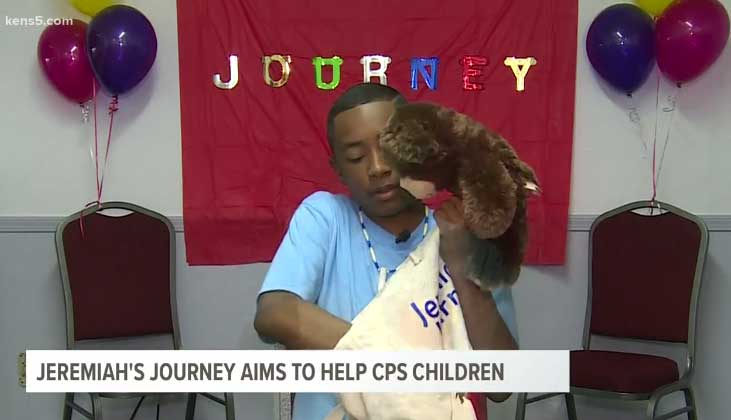 Seen on Spectrum News, 8 July, 2018
Guide Dogs of Texas in need of foster parents for newest litter
“You get a ball of fur and then three years later the dog’s in service and helping someone; it doesn’t get much better than that.” 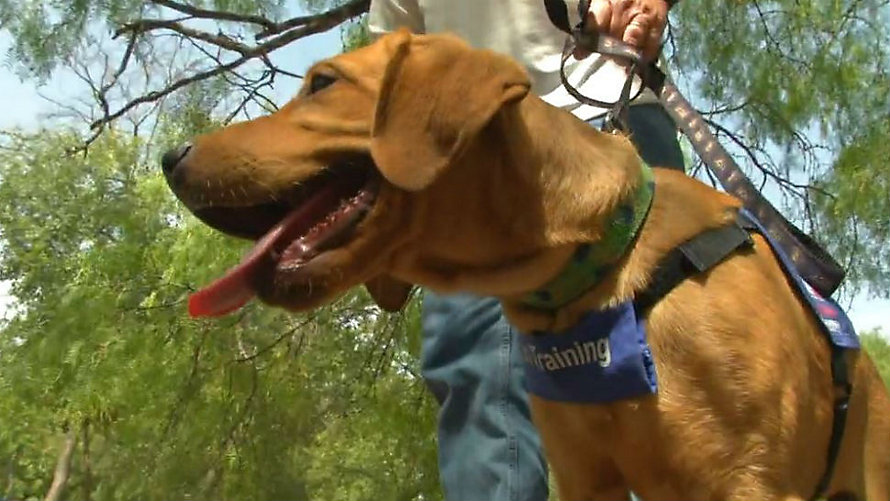 Found in the Express-News, 8 July, 2018
Local musician writes inspiring songs for students
“He understands the problems that these children face, we all do, and we have that special empathy, plus the special expertise to put it together.” 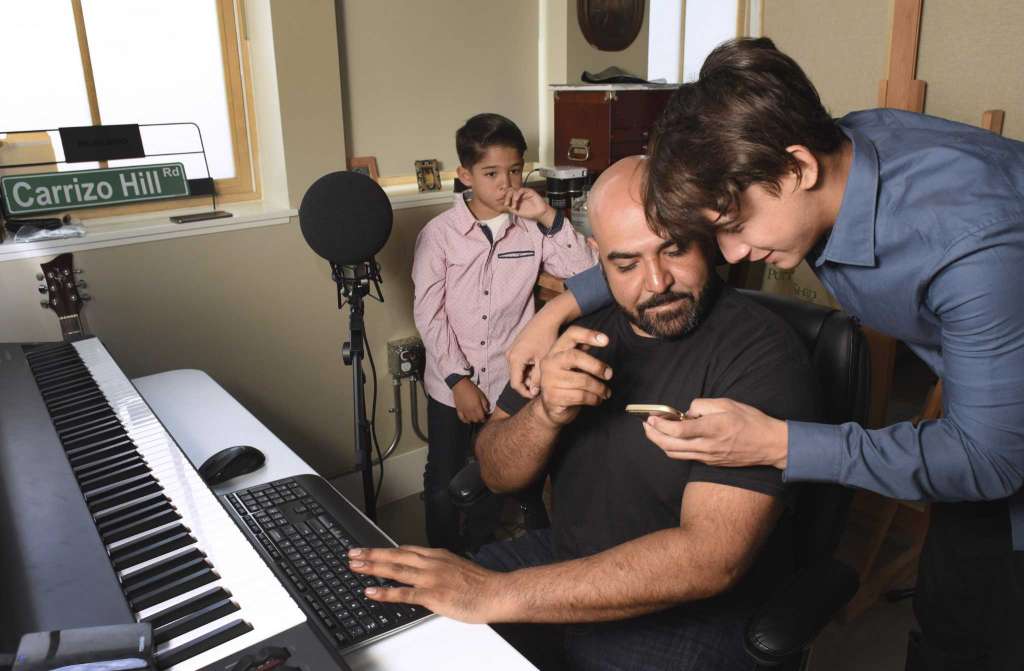 Heard on Texas Public Radio, 6 July, 2018
Fronteras Extra: Teaching Tolerance Through Lessons From The Holocaust
5th grade teacher Linda Barry uses Holocaust history and survivor stories to help students identify and understand prejudice and how to take action against it. 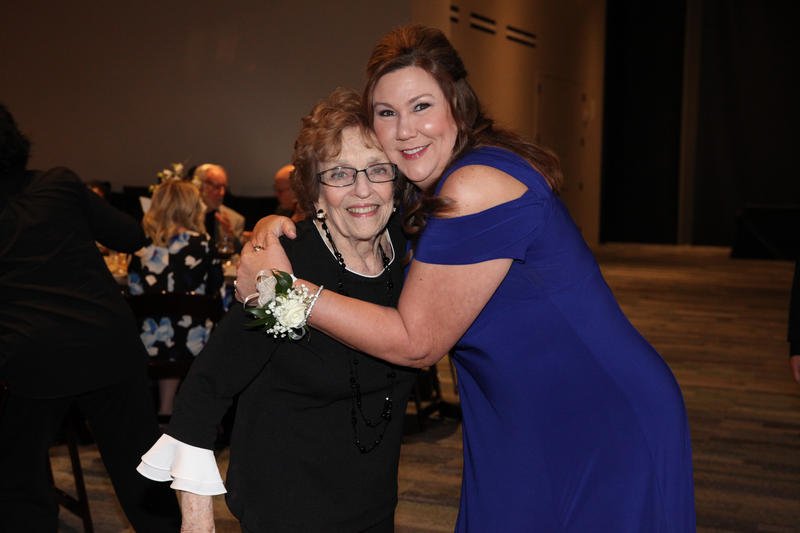 Also seen on KSAT 12, 8 July, 2018
Police officers participate in pickup games at East Side park
“We are the community and the community is us.” 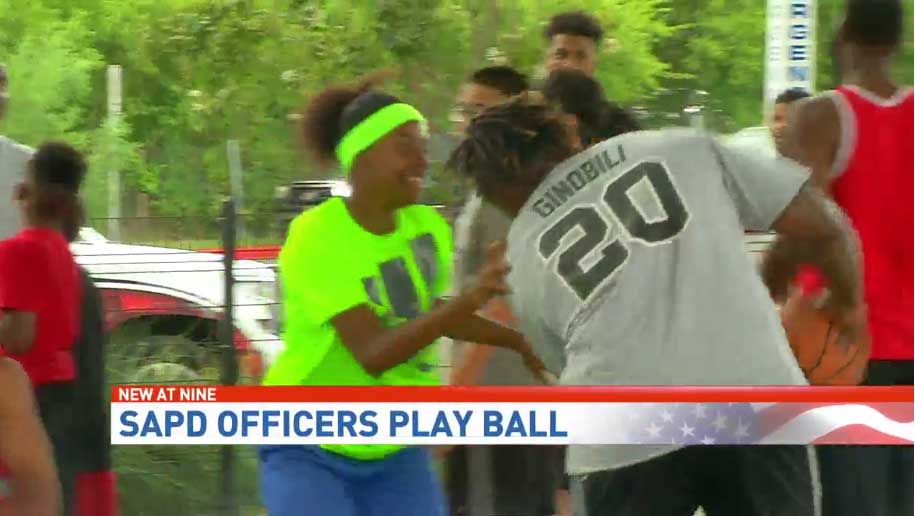 Seen on KSAT 12, 9 July, 2018
Fallen SAPD officers give gift of life with organ donations
The San Antonio Police Department and TOSA are collaborating to celebrate Donate Life ECHO, which is a national two-week outreach campaign held this year from July 8-21 that aims to educate on the importance of donation and transplantation among multicultural communities.

Also seen on KENS 5, 9 June, 2018
Family of fallen SAPD officer hears heart beat again through organ recipient
“Last year in South Texas 170 families made the decision to donate organs. From that 568 men, women, and children are living today because of that powerful gift.” 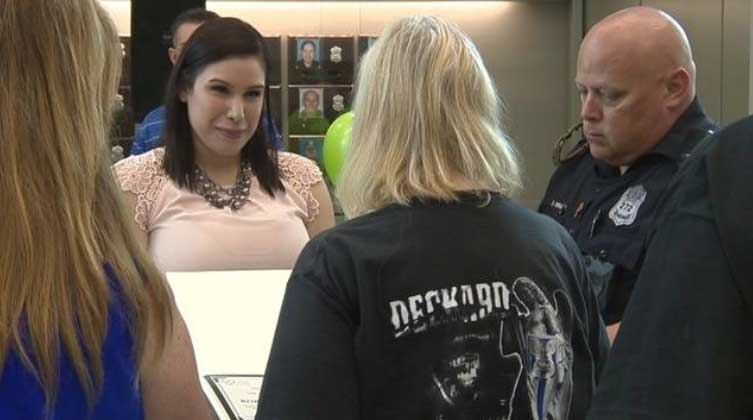 Heard on Texas Public Radio, 9 July 2018
NAACP Convention Comes To San Antonio As Local Branch Celebrates 100 Years
“Progress won is progress that can be lost if we stop being vigilant.” 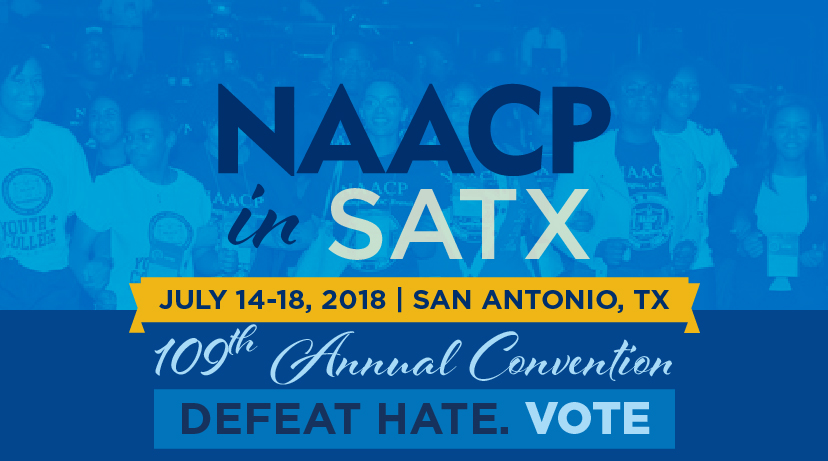 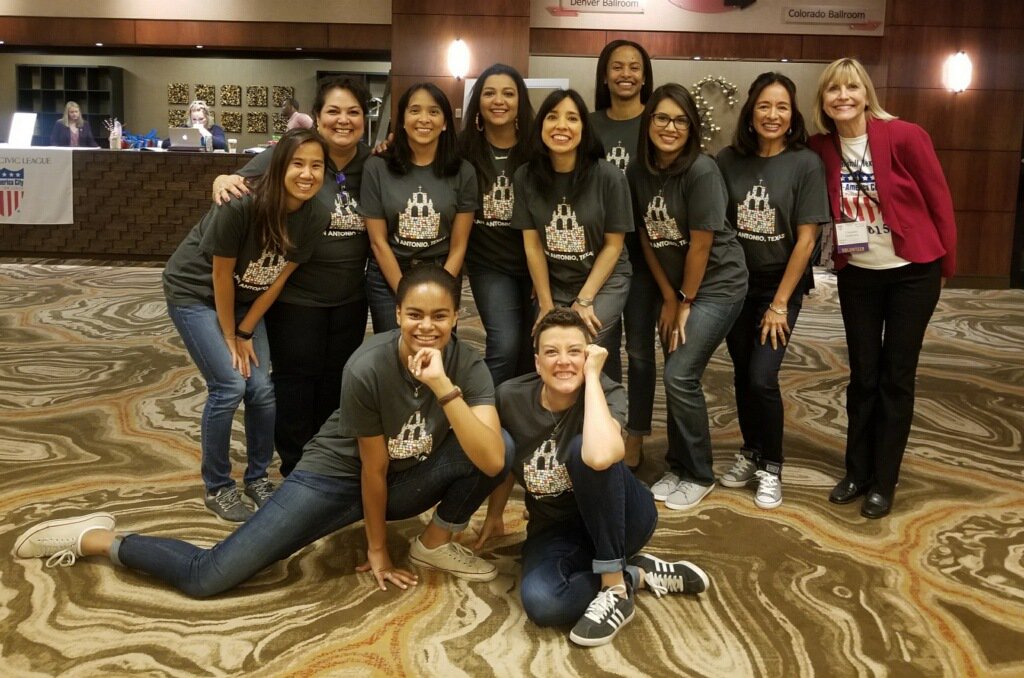 Heard on Texas Public Radio, 10 July, 2018
‘Road To Change’: Students Set Sights On Gun Control In Texas
“When it comes down to it — when you talk to them — you realize you want the same things. Do you want your kids to die? No. Do you want schools to get shot up? No.”

Also found in the Express-News, 9 July, 2018
March for Our Lives students talk gun violence in San Antonio
“We need to find a balance between these two extremes that will help our country in the best way.”

And found in the Rivard Report, 9 July, 2018
Parkland Students Visit San Antonio, Urge Civic Engagement
“Apathy comes in many forms but one of the most dangerous is voter apathy,” Kasky said, urging the crowd to believe that change can come through consistent civic engagement.

Seen on KSAT 12, 9 July, 2018
Parkland shooting survivors come to SA for Road to Change tour
The panel of eight included local teens and their peers from across the nation.

Also read in the Current, 10 June, 2018
Parkland Survivors and Others Roll into San Antonio on Road to Change Bus Tour
Panelists urged those in the audience to find common ground with people who oppose their views and resist the temptation to resort to anger and name-calling.

Found in the Rivard Report, 10 July, 2018
SAISD Food Workers Refine Menus, Skills with Help from CIA Chefs
“We want to give our kids the freshest food possible, and this teaches us how to do it and how to do it well.” 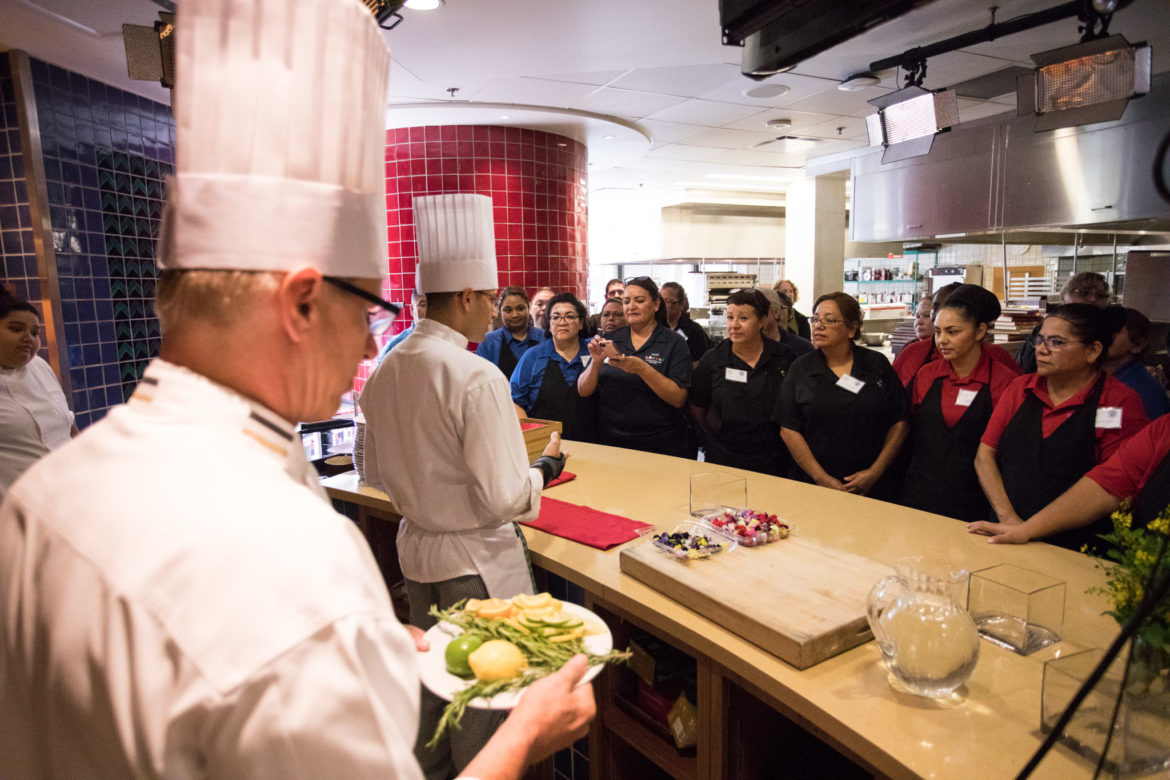 Seen on KENS 5, 10 July, 2018
Family, victim’s son plead to stop execution of death row inmate
“What happened 14 years ago happened and I know the pain my family has gone through. Would I wish that on another family? No.”

Also found in the Texas Tribune, 10 July, 2018
Families of Chris Young and the man he killed call for a halt to his execution
Advocates claim Chris Young’s trial was tainted by religious discrimination — a potential juror was struck from the pool because her church group was associated with a prison ministry program.

Read in the Express-News, 10 July, 2018
Faith leaders in San Antonio call for new trial for San Antonio death row inmate
The group argues that an African-American member of the jury panel was struck from service based solely on her affiliation with a local Baptist church.

Also seen on KSAT 12, 10 July, 2018
Son of man killed on East Side in 2004 asks for father’s killer to be spared
More than 23,000 people have signed a petition, hoping to persuade Gov. Greg Abbott to grant Young clemency. 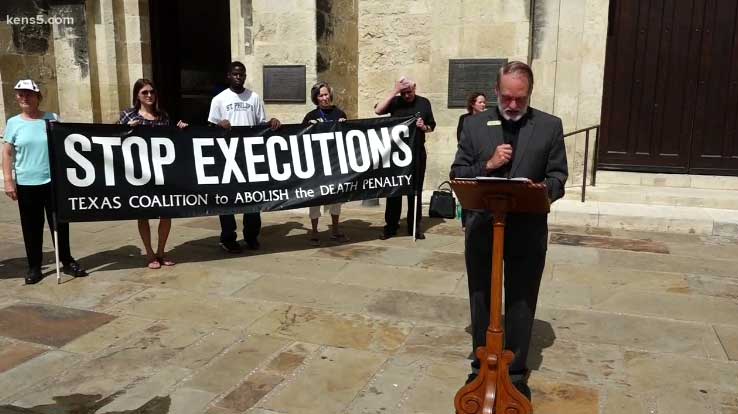 Also seen on FOX 29, 10 July, 2018
Haven for Hope thanks private sector help for 8 years of successful operation
Without the private donation and volunteers, Haven for Hope says they would not be able to operate. 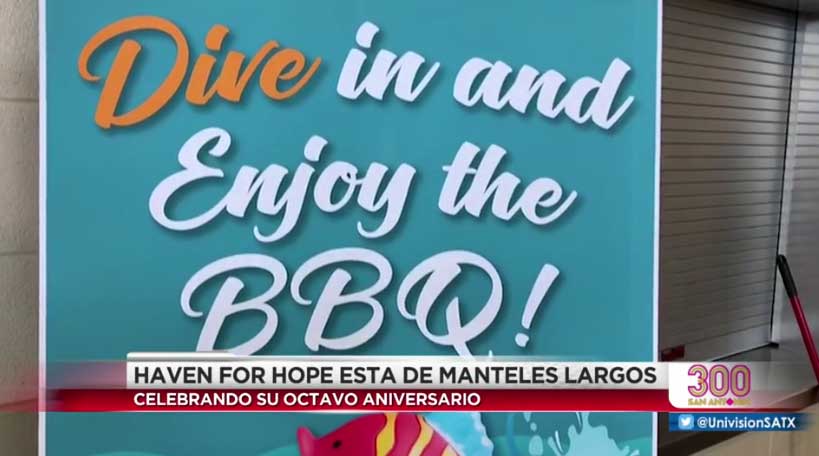 Found in the Express News, 10 July, 2018
Advocacy group offering $20 million to Trump administration to aid immigrant families
The group is calling for all separated families to be reunited and to demand that the Trump administration accept the bond money to enable the “speedy release” of the mothers of about 2,500 children who were separated by the government.

Also seen on KENS 5, 10 July, 2018
RAICES announces plans to post bond for parents separated from children
A government lawyer said at least 54 immigrant children under the age of 5 would join their parents Tuesday, only about half the 100 or so children covered by the order.

Also seen on CNN, 10 July, 2018
RAICES is offering $20 million to the government to post ‘bonds’ for all separated families
To be sure, the move is a symbolic gesture. It’s meant to highlight how the government has been slow to meet its Tuesday deadline to reunite children separated from parents who were caught crossing illegally at the border.

Seen on The Hill, 10 July, 2018
RAICES to offer crowdfunded $20 million as bond to have detained mothers released
The group is “dedicated, and uniquely positioned to take on the task of paying bonds for parents separated from their children, one by one.” 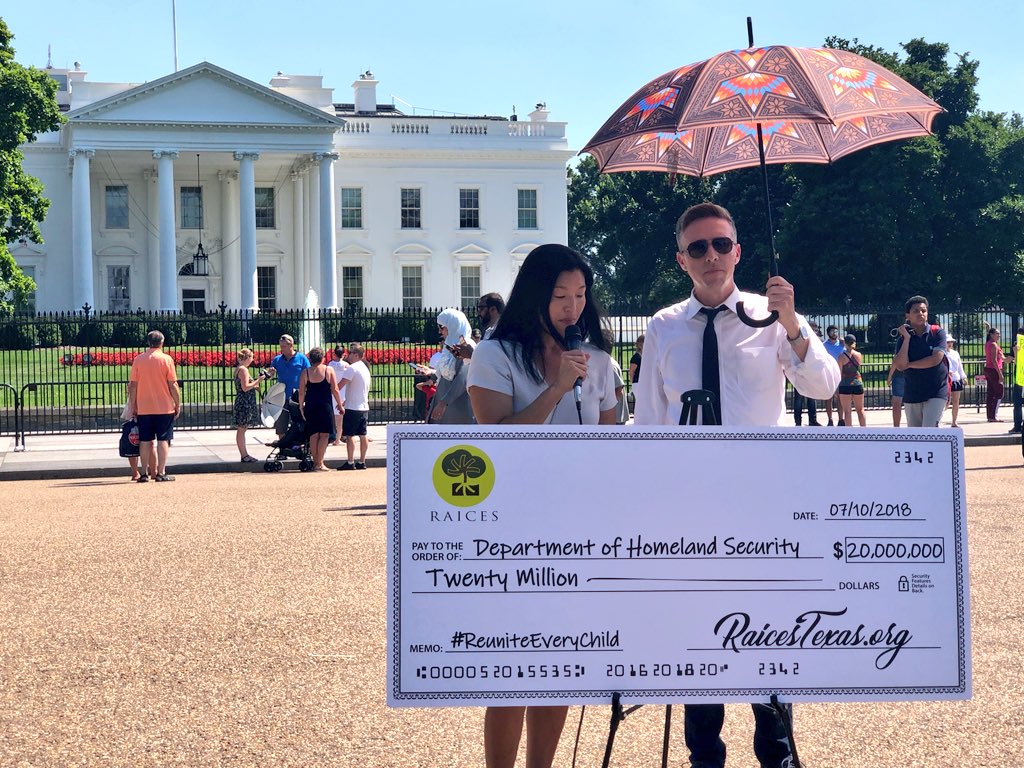 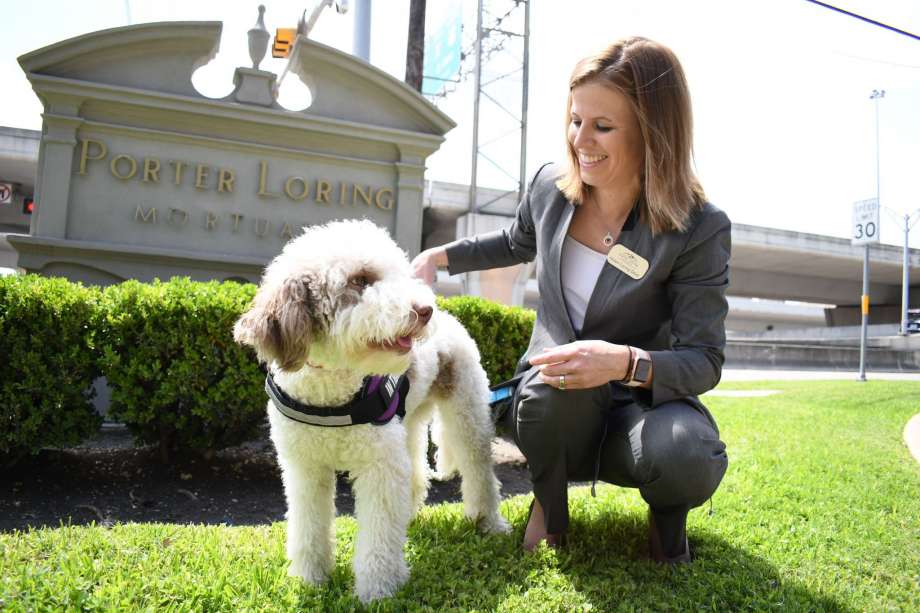 Found in the Rivard Report, 11 July, 2018
Water Safety Camp Helps Kids Find Their Comfort Level
By Friday, when the camp ends, the ZAC Foundation will have taught 600 San Antonio kids how to stay safe around water since partnering with the local Boys & Girls Clubs in 2013. 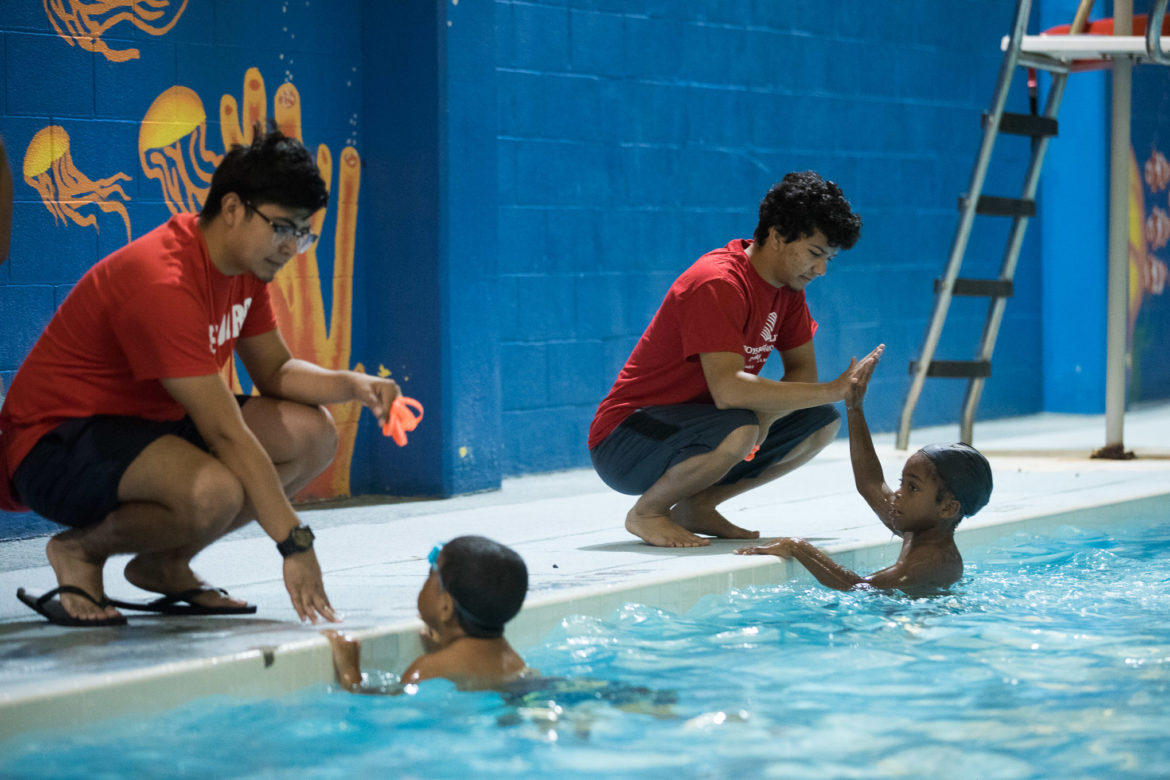 Found in the San Antonio Observer, July 10, 2018
1 GOD 1 LOVE
This experiment will bring local African American leaders of various religions together to see if “working together” is something they can accomplish through finding a common cause, without allowing their differences in religion beliefs to affect a positive outcome. (photo: JoAnna Shariff-Bey) 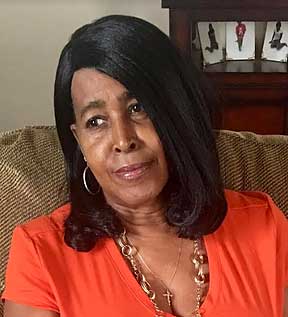 Found in the Express-News, 11 July, 2018
Catholic Charities requesting supplies for families at border
By Tuesday afternoon, about 100 volunteers had signed up online to assist in transporting the goods.

Also seen on New4SA, 10 July, 2018
Catholic Charities in need of donations for undocumented children at detention center
“Regardless if you are from a different country or a different nationality whatever you are. Everybody should help, we are all human.” 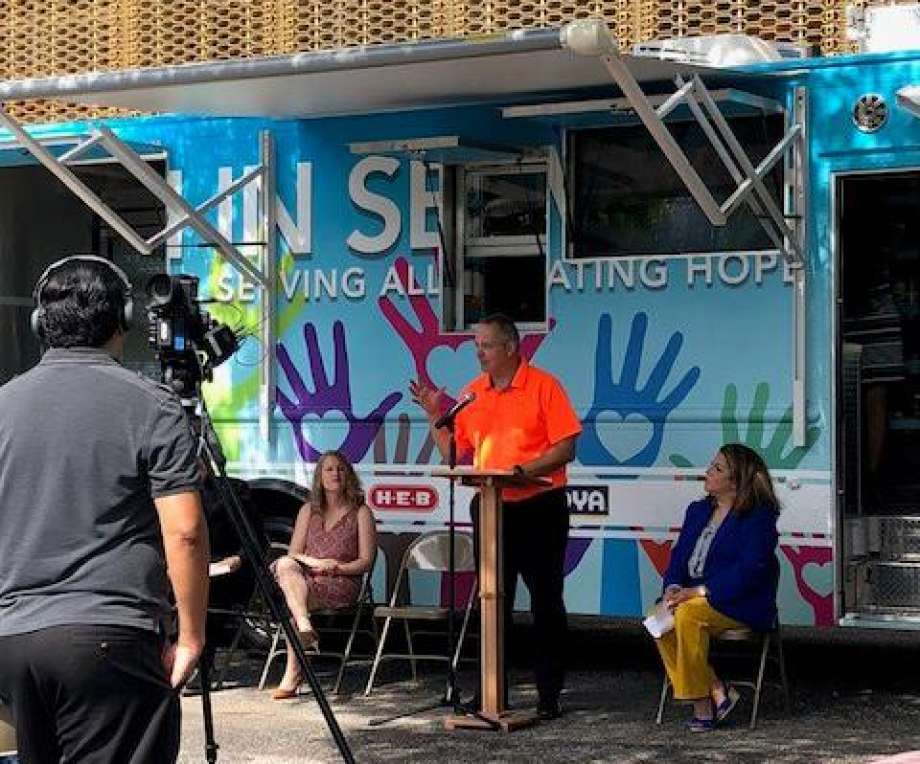 Found in the Hall Monitor Blog, 11 July, 2018
Summer internships narrow the Opportunity Gap
For many students in San Antonio, an unpaid internship with a nonprofit or a political group isn’t an option. They need to make money, often to help pay bills and support their family. 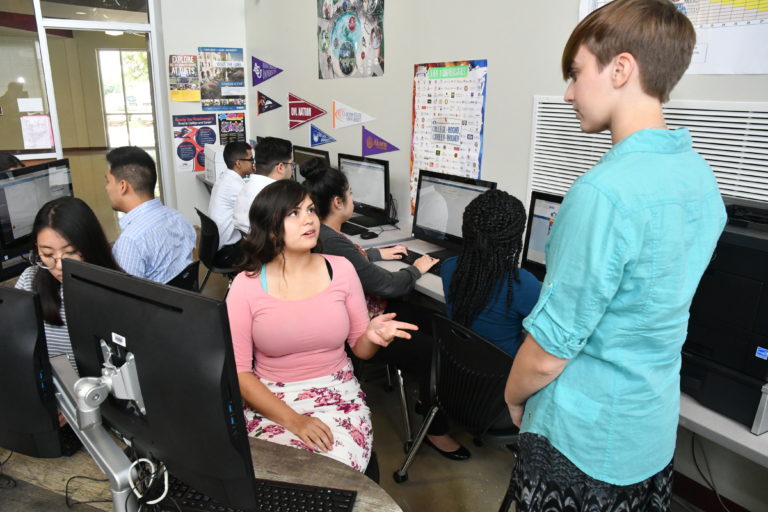