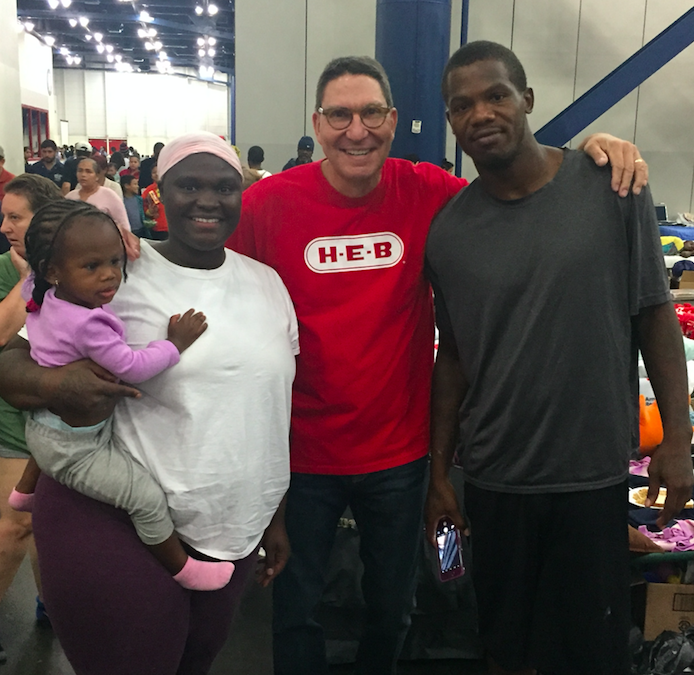 What a week for COMPASSION! Every Wednesday Compassionate San Antonio publishes a new roundup of Compassion  . . .here!

From Mayor Ron Nirenberg on Facebook, 5 September, 2017
We are a city, a state, and a nation of immigrants. To rescind DACA not only goes against our principles as a nation, it casts fear into our community and undermines the commitment we made to protect children who came into this country and have strived to make it better.  As public servants, we take on the responsibility to protect and serve all of our residents. As Mayor of San Antonio, a city rooted in compassion, my job is to advocate for the rights of all. DACA recipients are our students and our employees, our family members and our neighbors. They contribute to our country as taxpayers, and their innovative ideas, hard work and dedication are the foundation of a strong community.  Rescinding the program weakens our nation’s resolve, and San Antonio joins cities across Texas and the U.S. to call on bipartisan leaders in Congress to honor the promise we made to students and workers.  #CompassionateSA

From Mayor Nirenberg’s Facebook page, 30 August, 2017
U.S. District Judge Orlando Garcia has issued a preliminary injunction that halts key provisions of SB 4 or the “Sanctuary Cities” bill from becoming law. This is a victory for our values & common sense. San Antonio is an inclusive and welcoming city where no resident should live in fear. #CompassionateSA

From the Office of UTSA President Taylor Eighmy, 5 September, 2017
A Safe Haven for Learning – Thoughts on DACA
As a community we must do everything we can to help our fellow Roadrunners in their time of need. If you know Dreamer students, now is the time to give them emotional support during all the uncertainty and fear they will face in the months to come. They will need their friends and faculty mentors now more than ever.

Found on LinkedIN, 2 September, 2017
The inside story of what it took to keep a Texas grocery chain running in the chaos of Hurricane Harvey
You’re amazed at the innate good in people. People will rally to a cause to help out their fellow human beings. This time, maybe even more so than ever before. 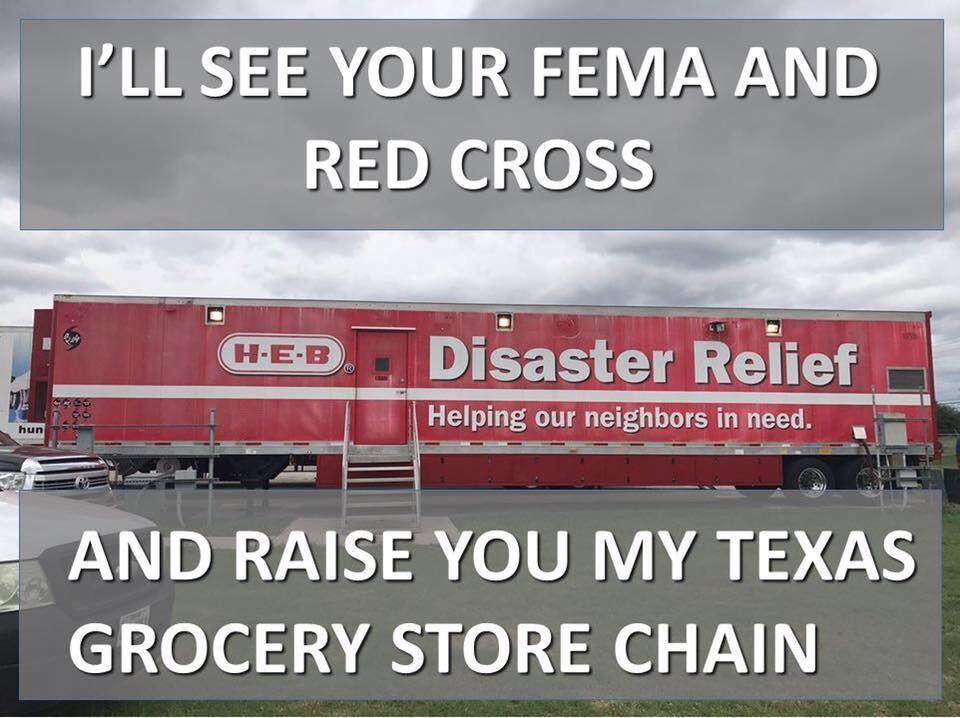 Read in the Express-News, 2 September, 2017
We’re all family and family helps family
We reach out to our neighbors because it’s the right thing to do. We don’t have a lot of extra but we have plenty for everyone to have enough, so we share what we have. And if there’s only enough for one, we’ll make it so that it’s enough for two. We look for ways to help in whatever way we can because we know that we’re stronger together. We know this because it’s our culture. 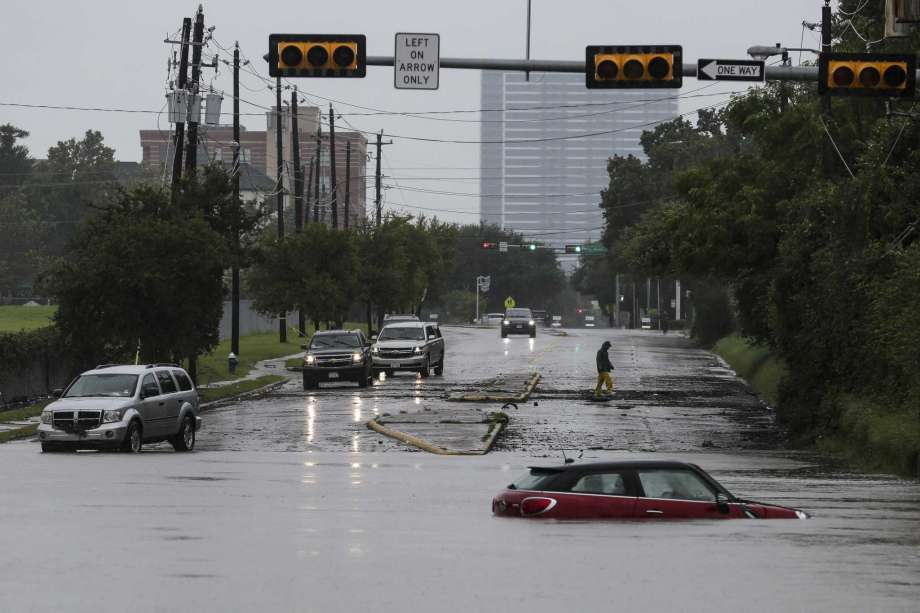 Seen in the SA Current, 30 August, 2017
Mayor Nirenberg Creates Hurricane Harvey Relief Fund
“We want to invite everyone to participate so we can best help our neighbors,” Nirenberg said at a Wednesday press conference. 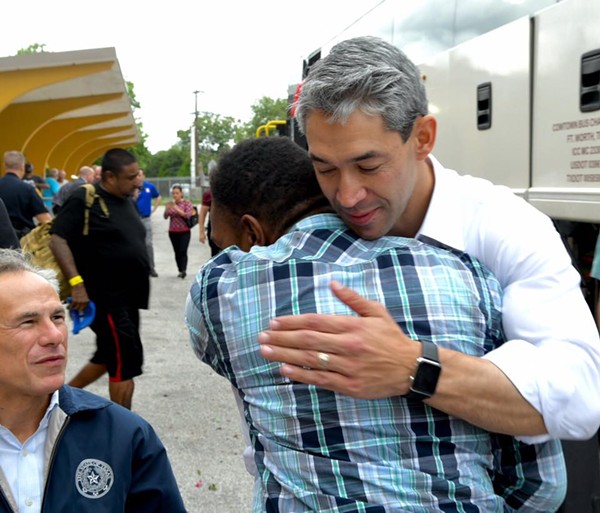 Seen in the Rivard Report, 30 August, 2017
Mayor’s Relief Fund Part of Big Local Push to Aid Harvey Victims
As the hashtag #compassionateSA continues to trend on Twitter, Nirenberg encouraged its continued use. Local companies, nonprofits, and churches were answering the call “You can talk about being a compassionate city, but you can actually be a compassionate city,” said Eric Cooper, CEO of the San Antonio Food Bank. “We have the opportunity to let this hurricane define us. Do we act or do we sit on the sidelines? San Antonio is a city that acts. That’s what compassion is all about.” 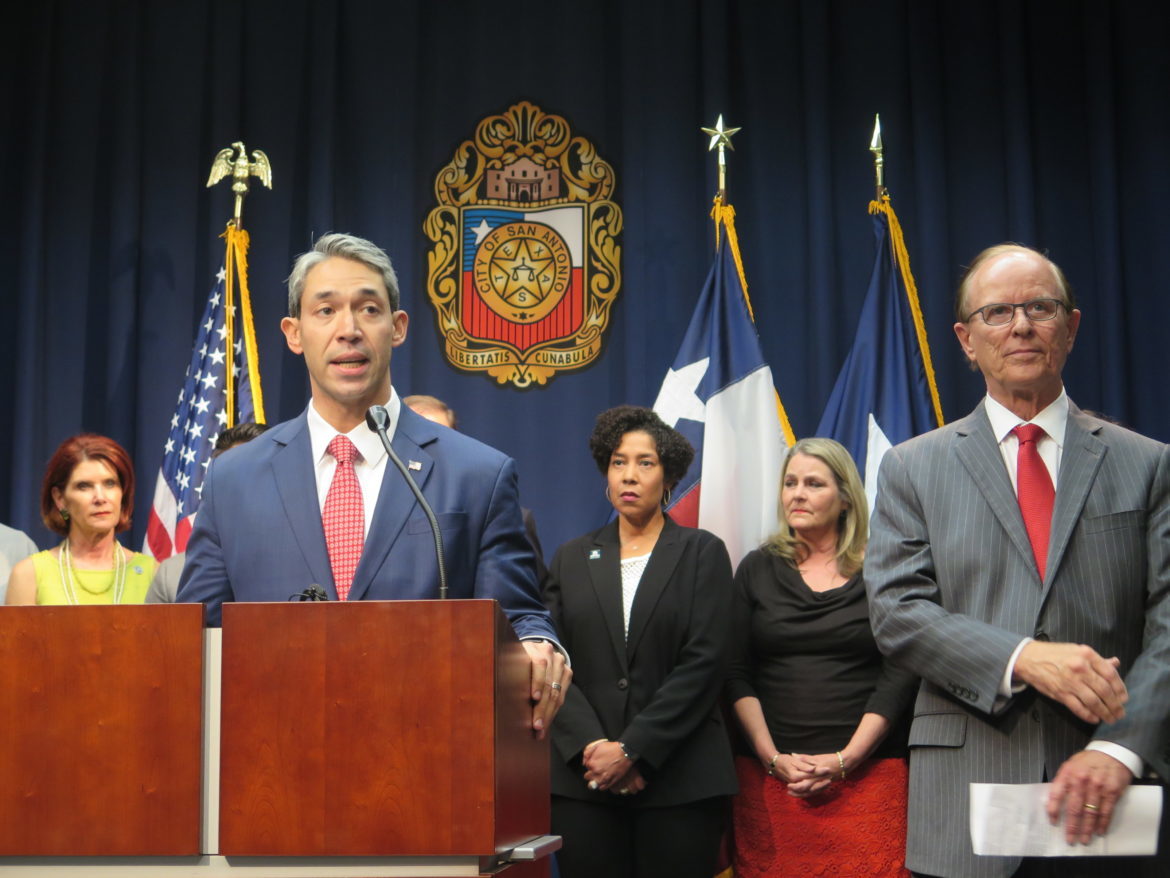 Seen in the Rivard Report, 26 August, 2017
Stranded Immigrants Find Shelter from Hurricane Harvey
“We want everyone to be welcome here always, so it’s at the core of our mission as a church to open our doors to everyone,” said Corazon Ministries Executive Director Lori Chidgey. “It’s very important that all of our neighbors feel safe and welcome here. We will be here throughout the storm.” 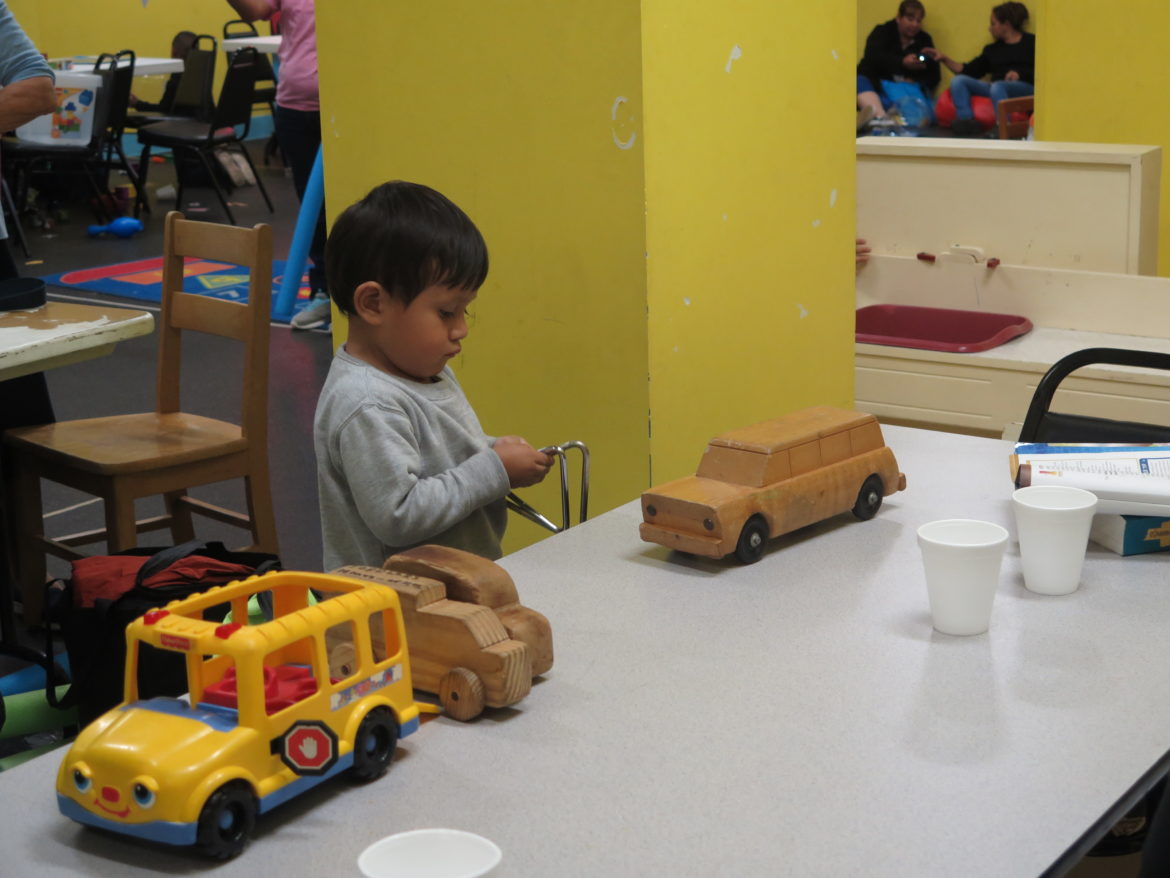 Seen on University Health System’s Facebook page, 30 August, 2017
We were delighted to see District 8 Councilman Manny Pelaez and his staff here today to give blood in support of Hurricane Harvey relief efforts. Thanks to them and to everyone who is responding to the call for help in any way they can. 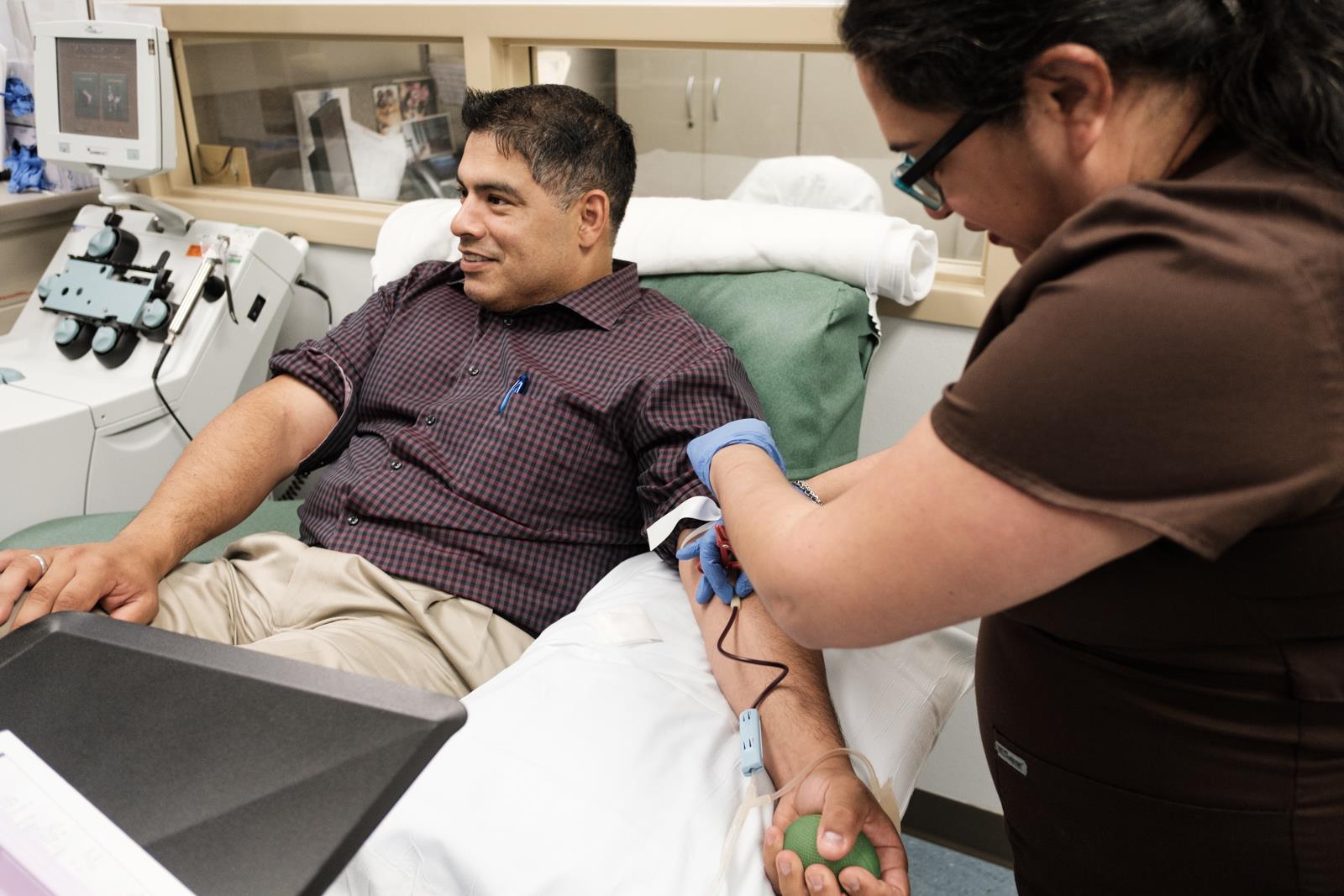 Found in the Rivard Report, 31 August, 2017
San Antonio’s Chow Train Feeds Harvey’s Victims on Texas Gulf Coast
The Chow Train has been feeding hungry, food insecure, and homeless populations in San Antonio since 2005. [Joan] Cheever was expecting to provide free hot meals to San Antonians in the aftermath of the tropical storm that could have dropped as much as 22 inches of rain on the city last week. 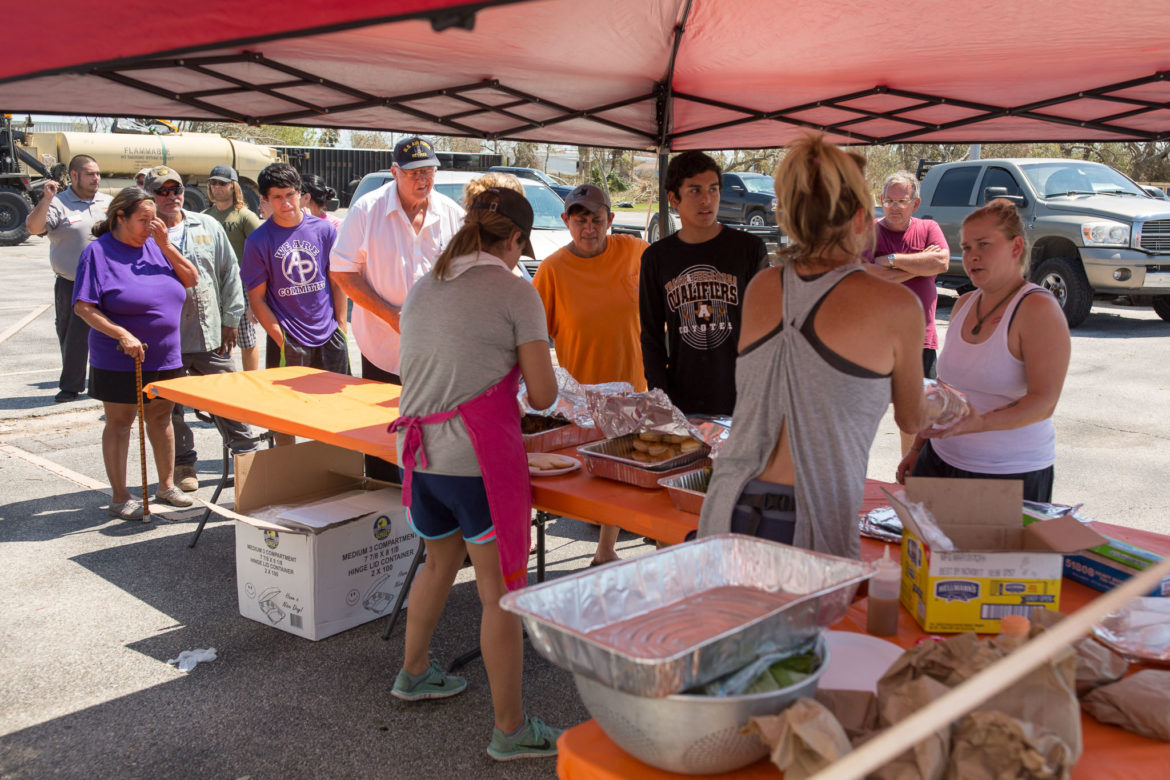 Found in the Rivard Report, 30 August, 2017
PechaKucha Vol. 27 Shows San Antonio’s Humanity and Heart
Spoiler alert: the answer is good people. They exist everywhere, and San Antonio happens to be full of them. 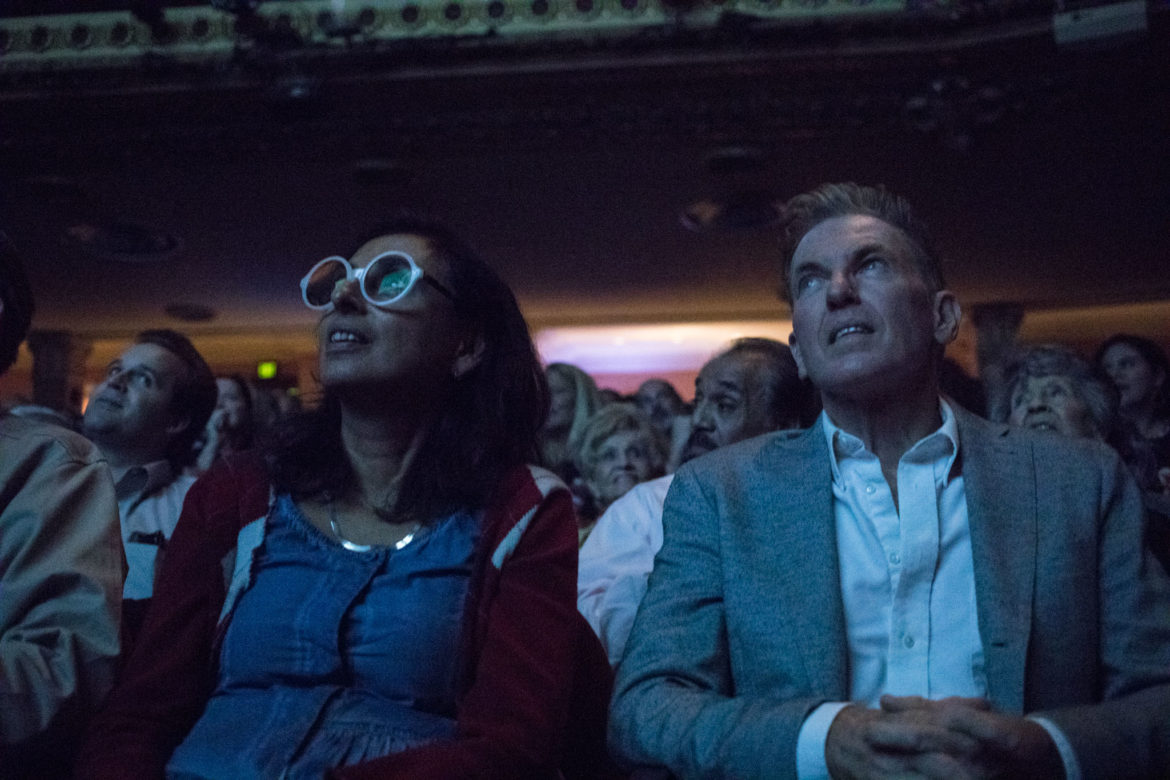 Read Gilbert Garcia’s column in the Express-News, 3 September, 2017
Harvey a story of sweeping devastation and small miracles
Snake Hawk Press’s Cruz Ortiz and Gaby Flores (and the volunteers they brought along), lifting the spirits and relieving the boredom of youthful evacuees disconnected from their homes for too long. 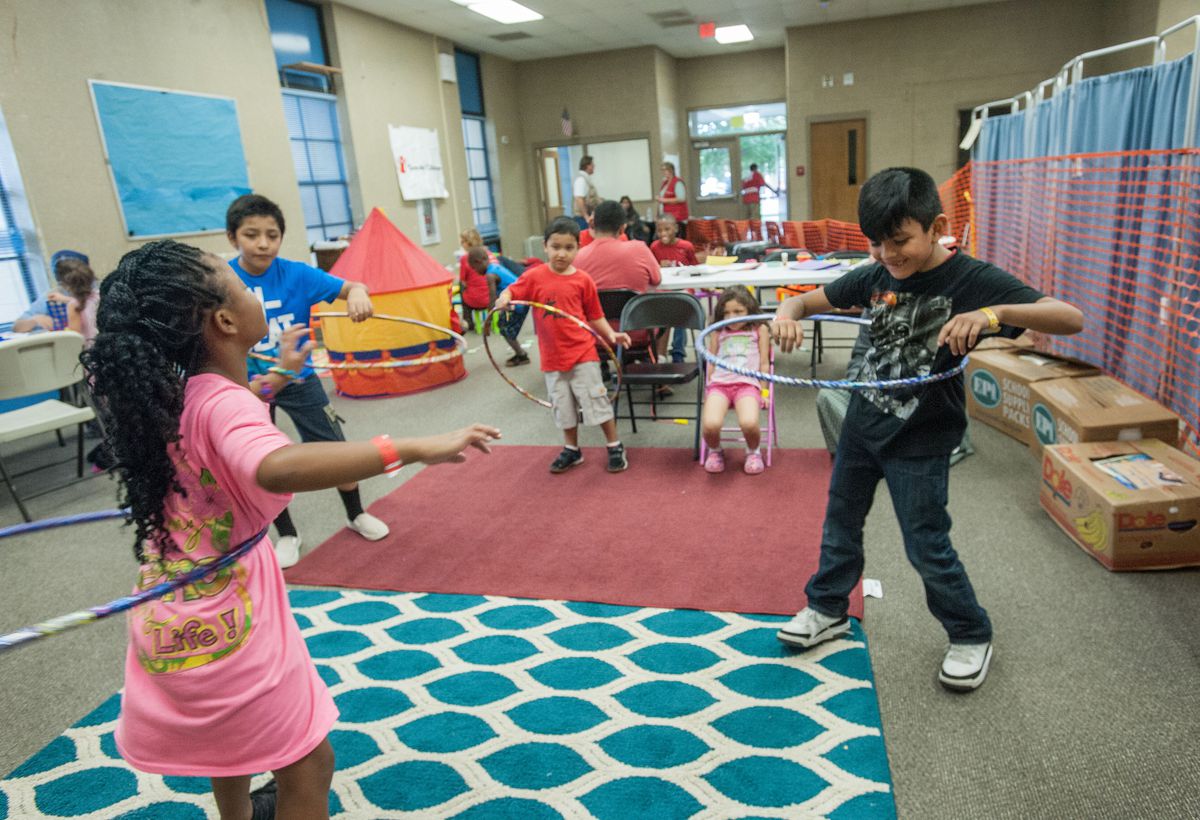 Read in the Express-News, 31 August, 2017
Catholic schools to offer evacuee families free tuition for 90 days
“I am here today to tell of, as well as show, your response to this tremendous natural disaster,” García-Siller said, standing before a stockpile of diapers, cleaning supplies and non-perishable food items. “I want you to see and hear the results of your compassion.” 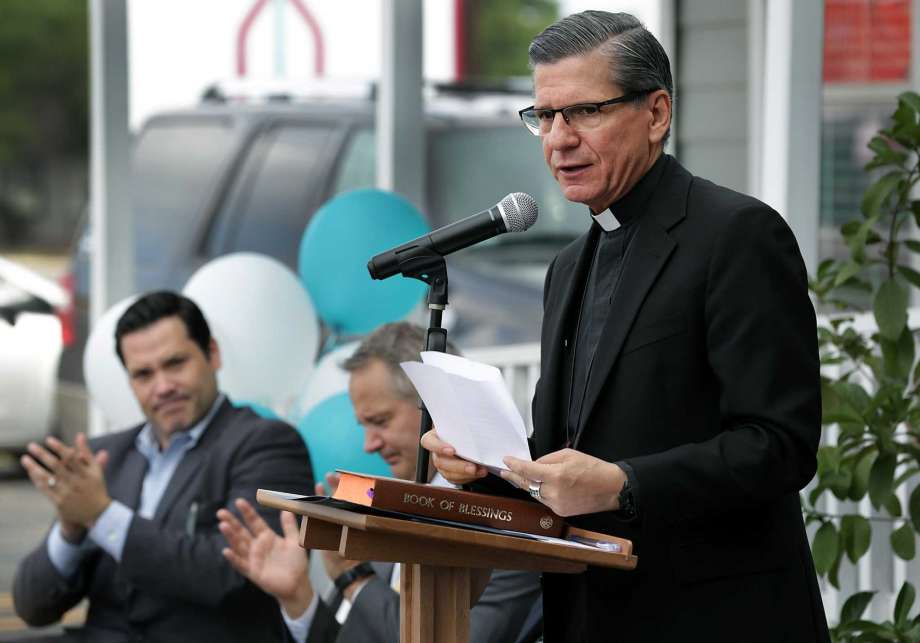 Found in the Rivard Report, 31 August 2017
After Harvey: Displaced Foster Care Children Find Friends in SA
[State Senator Carlos] Uresti said that there are two important messages foster care children should know as they arrive in the city limits: “San Antonio welcomes you” and “We have your back.” 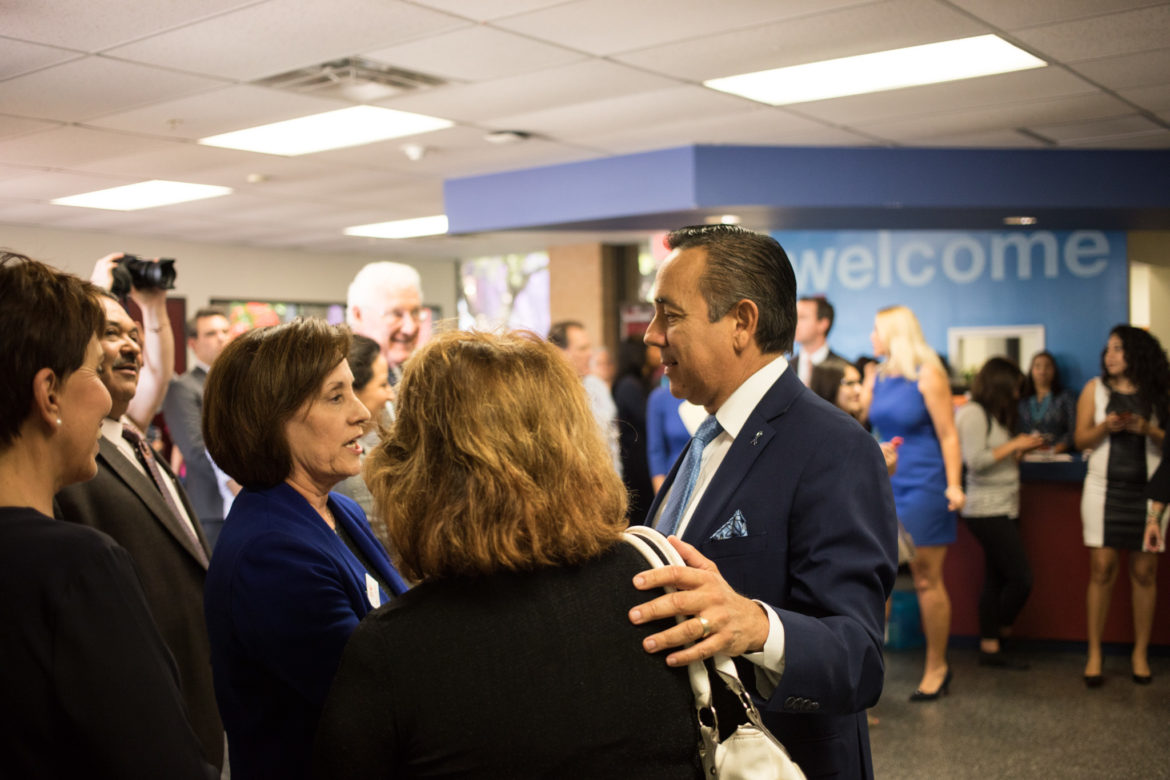 Found in FOLOMedia, 29 August, 2017
City Council looks to fund immigrant legal services
The council began to recognize that immigrants were too afraid to turn to law enforcement or city officials for help. By January, talks of SB4, which targets sanctuary cities by forcing city and law enforcement officials to comply with immigration laws, escalated the fear. 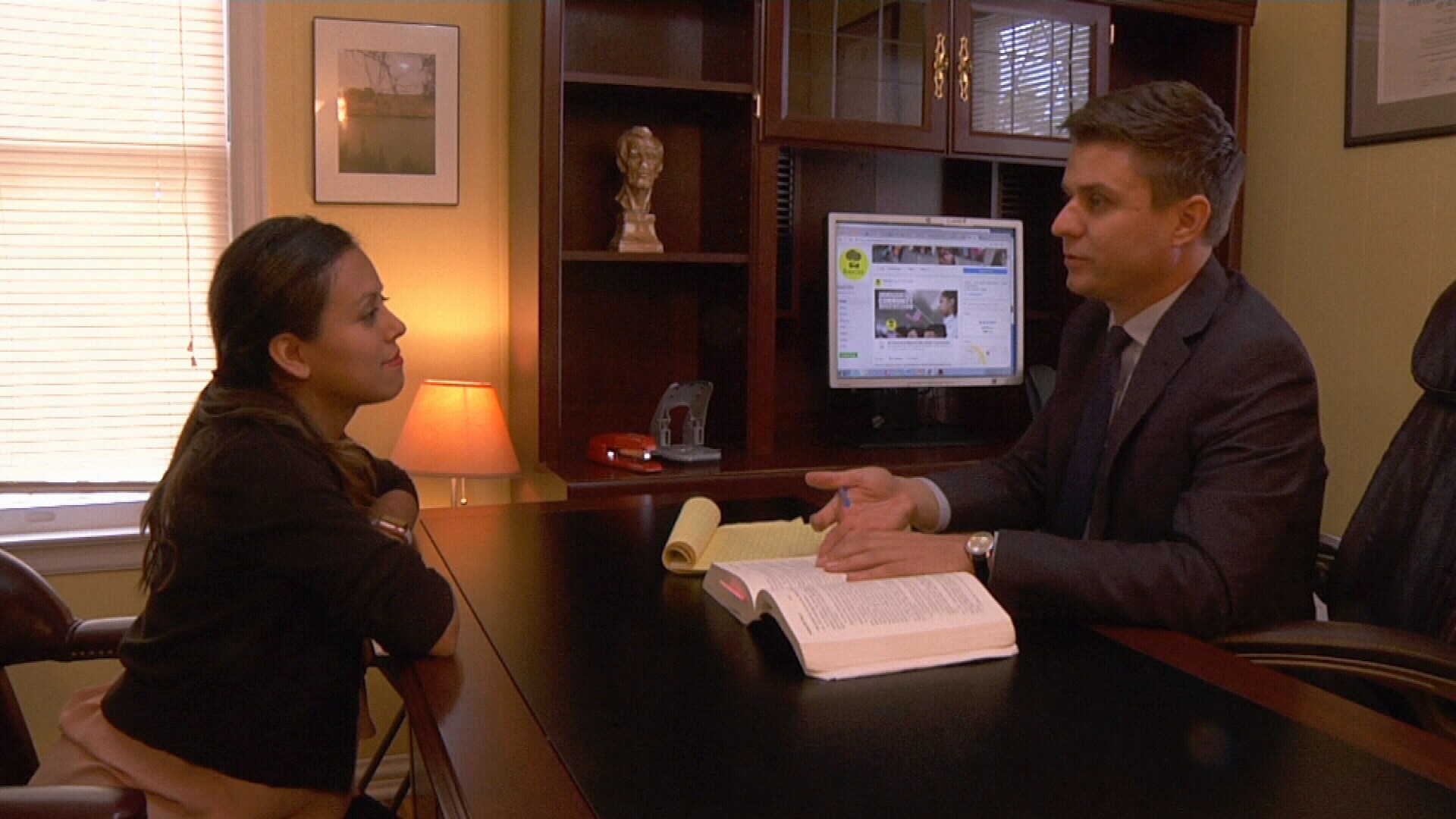 Seen in Time Magazine, 2 September, 2017
How Those Rescue Videos From Houston Have Changed Us for the Better
Even those of us who live far from Houston have been jolted out of our silos. We’re so hungry for goodness, for common cause, for reasons to like each other that it’s no surprise that we keep watching the video footage from Texas—the scenes of rescue after rescue, kindness after kindness. They are a reminder of something we feared might be extinct: that aspect of America that brims with compassion—the kind that doesn’t discriminate. 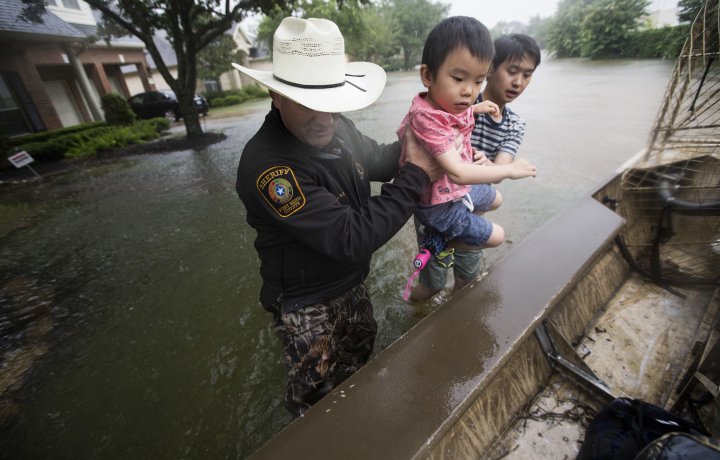 Found in a City of San Antonio press release, 30 August, 2017
Councilman Pelaez outraged after learning cockfighting conference held in San Antonio; seeks animal cruelty registry
and in the Express-News, 3 September, 2017
Councilman angry over gamefowl association convention in San Antonio
Hosting this event is a slap in the face to law enforcement who have been working on eradicating cockfighting and to animal lovers who fight for the humane treatment of animals. 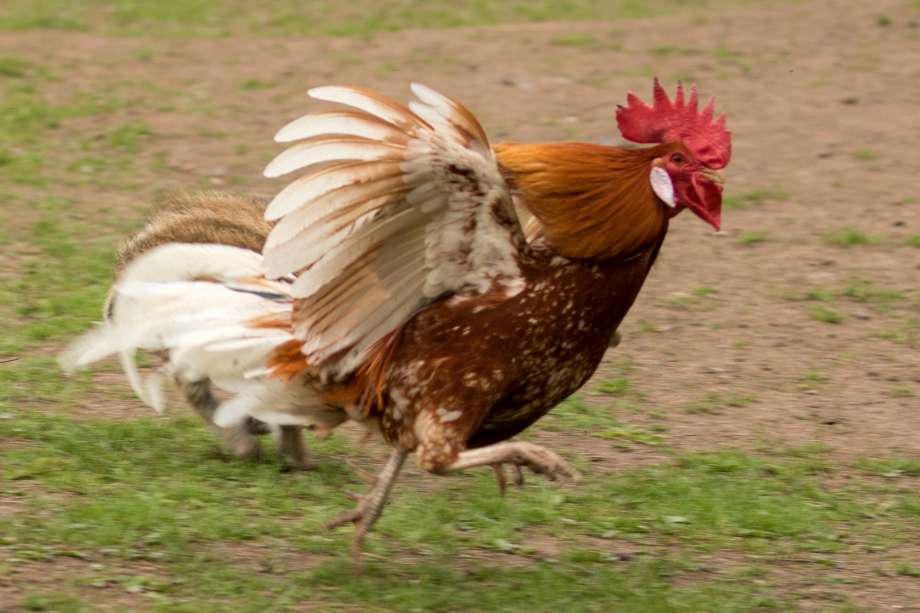 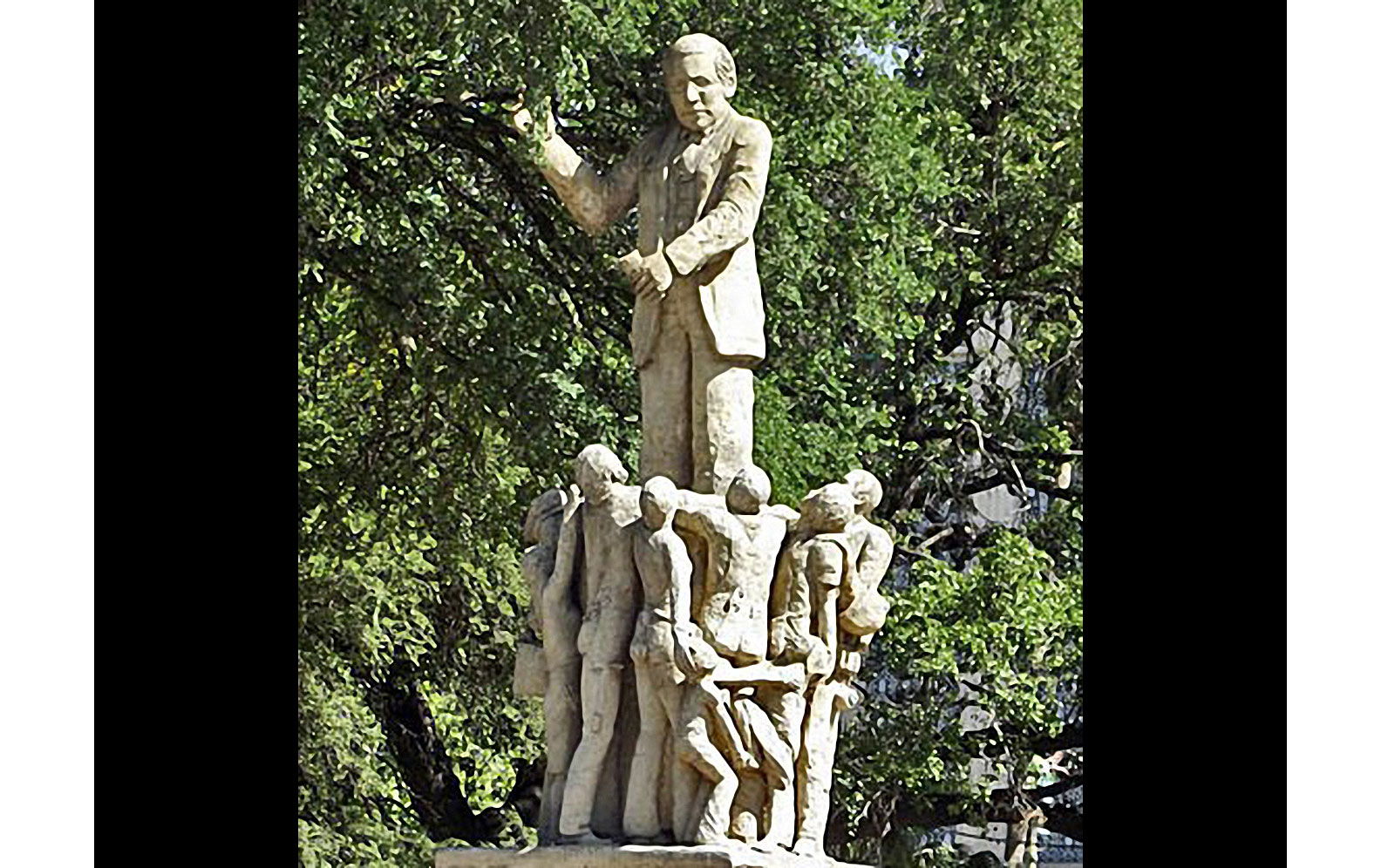 >Seen in the Rivard Report, 4 September, 2017
<strongRecord-Breaking Blanket Fort to Raise Awareness for Autism
Autism Uncovered organizers are partnering with AccessAbility fest, an event that brings together nearly 100 organizations and businesses to highlight the services they provide and share information, resources, ideas, and support among people with all types of disabilities. 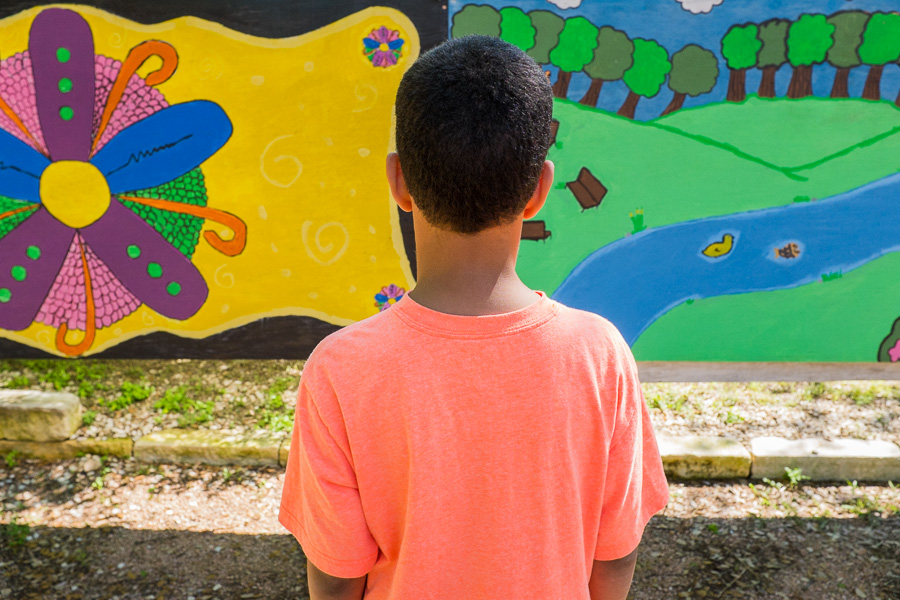 Heard on Texas Public Radio, 4 September, 2017
Earn A Bike Battles Childhood Obesity
An innovative program to inspire healthy living involves kids and bicycles. Earn A Bike is a San Antonio non-profit that’s tacking the childhood obesity problem in a unique way, providing a fun piece of fitness equipment to people who might never be able to buy a bike on their own. 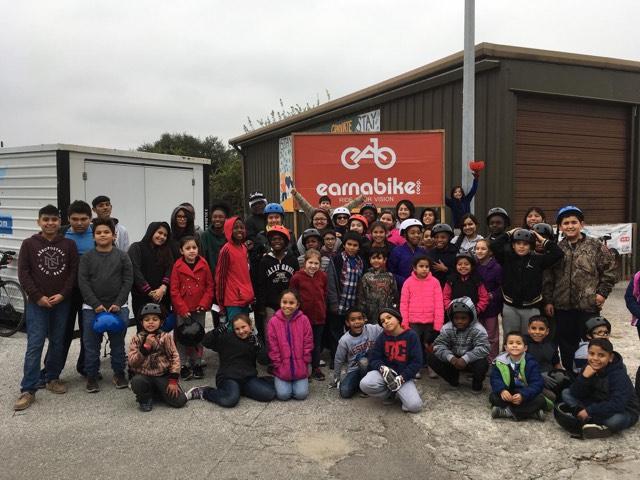 COMPASSIONATE SAN ANTONIO . . . . . is a grassroots movement that promotes, supports and celebrates San Antonio’s commitment to be a world-class compassionate city: one where the civic government, the religious and volunteer organizations, the businesses, the community and its educational institutions come together to recognize the importance and value of compassion in the life of a city and by doing so create an ethos of compassion and a safety net for its most vulnerable citizens. #compassionateSA  sacompassion.net