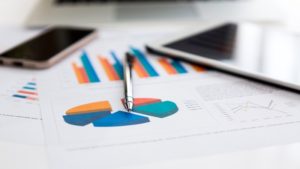 Part of becoming recognized as a compassionate city is claiming and proclaiming that compassion that is already part of our everyday lives here in San Antonio. The other part is a pledge to strive become MORE compassionate. To chart our progress, we will need to measure. But how, exactly, do you measure compassion?  Some cities — like Louisville — are developing academically rigorous surveys that will establish a baseline of compassion and, over time, chart compassion’s growth. Our first step, in San Antonio, is to look at the numbers we now have available.

SA2020: is a community initiative, now a non-profit, that is collecting and analyzing 59 data points in11 areas: arts & culture’ civic engagement; community safety; downtown development; economic competitiveness; education; environmental sustainability; family well-being; health & fitness; neighborhoods and transportation. Virtually all of these have a connection to “treating others as we wish to be treated ourselves” making SA2020 probably the best source of numbers that measure compassion.

The percentage of income given to social causes: This is measured by  The Chronicle of Philanthropy. San Antonio, with a median percent of income give at 4.6% ranks as #19 among the 50 largest US cities. Austin gives 4.1% (#32); Houston 5.0% (#13) and Dallas 5.3% (#9)  The Chronicle of Philanthropy also has a fascinating interactive map that displays How America Gives. (This is now behind a paywall.) The data isn’t perfect. It uses IRS returns and only captures those who itemize their deductions. Of the 366 metro areas measured, San Antonio ranks #43. Dallas is #5, Houston #7, Austin #33 and El Paso #155. Not the full picture — but something we can measure. Here’s an interesting exercise: compare the data for the 10 poorest and the 10 richest zip codes in San Antonio. One of the poorest is 78207: the average income is $26,485. The wealthiest is 78258 (outside 1604 to the east of 281): average income is $92,154. For 78207, only 2% of the residents itemize; in the wealthier zip, 54.5% itemize and their data is therefore disproportionately included.  The folks in 78207 who do itemize have an average income of $42,688 and donated an average of $2,595 to charity, which works out to about 6.1% of their discretionary income. In 78261, those reporting had an average income of $78,076, and donated an average of $3,015 — 3.9% of their income. This seems to hold true across the board. The poorer zip codes have the higher percentage of giving. There’s a lot more charity going on in San Antonio, we suspect, than is indicated by these statistics. It doesn’t capture the barbecue plate fundraiser, the five dollar bill dropped into the collection plate, the bundle of clothes donated to the family down the street struggling to make ends meet. Compassion is in the little stuff, in seeing the immediate need and pitching in — not just in the thousand dollar check to the Ivy League alumni association.

Online donations: In 2014 Forbes Magazine published an extensive ranking of online donations (thanks to the SA Area Foundation for directing us to this.) Online donations, often encouraged by social media such as Facebook and Twitter, are more likely to come from young, technologically savvy rich people, explaining why Seattle, the most generous in online donations is #1 with an average of $53,542 in donations per 1,000 population compared to San Antonio’s $5,203 (#158). Although this is worthwhile to track — especially through one-day online campaigns such as “The Big Give” — it is perhaps more a measure of demographics than compassion.

.Numbers of volunteers:  This is tracked by the Corporation for National & Community Service. In 2015, 25.5% of residents volunteered (#30) compared to  2014, when 23.3% of residents volunteered, ranking us 41st among the 51 largest MSAs (Metropolitan Statistical Areas.)   Other statistics included on this site are: 502,000 volunteers; 60.05 hours of service, 44.4% of residents donate $25 or more to charity; 77.8% frequently talk with neighbors; 29.6% of residents participate in groups and/or organizations.

The Equality of Opportunity Project maps where children from low-income families are more likely to move up in the income distribution. Areas with greater mobility tend to have five characteristics: less segregation, less income inequality, better schools, greater social capital, and more stable families, the authors (economists from Harvard and UC-Berkeley) say. In San Antonio, the percent of children raised in the bottom 5th of income who rise to the top fifth is 6.6%, roughly equal to Austin (6.9%), Dallas (6.4%) and a little worse than Houston (8.4%) Rural areas of Texas, surprisingly, seem to offer more upward mobility: Brownsville (9.9%); Eagle Pass (10.5%); Del Rio (12%) and Ft. Stockton (21.2%) In the study’s big wrap-up chart, San Antonio comes in 24th of the top 50 “commuting areas.” Two items of note: the areas that did best (the top five are Salt Lake City, Pittsburgh, San Jose, Boston and San Francisco) had strong schools and good transportation. Compassion is more than being nice: it’s having the infrastructure that supports rising from poverty to the middle class.

Pew Research is producing data about residential segregation by income. San Antonio tops the list of cities where poor people tend to live with poor people and the rich with other rich. Compassion is encouraged when people get to know each other — and residential segregation inhibits that social intermingling. Pew consolidated the data into what they call the RISI — residential income segregation index — which is derived by combining the percentage of poor living in predominately poor census tracts with the percentage of  rich living with other rich people. In the Southwest, the 2010 RISI average: 57; 1980 RISI average: 35. San Antonio (63/39), Houston (61/32), Dallas (60/39), Denver (55/34) and Phoenix (48/33). These chart segments on the following page show some of the data. Richard Florida is running a 5-part series on this data in Atlantic Cities.

Civic Engagement:  In 2003 the Latino Health Research Initiative conducted a study of civic engagement in San Antonio. This survey measured nonelectoral participation: specifically, attendance at public meetings and attendance at a club or organization meeting. They note: ” . . nonelectoral civic participation entails a sense of interest (a stake in the outcome) and efficacy (that’s one participation is important and makes a difference.)”  This Civic Health Index, released in 2018, does not break out data for San Antonio but has an impressive list of categories: Political participation (rates of voter registration, voter turnout, contacting public officials, and discussing politics); Civic involvement (including donating to charities, volunteering, and belonging to community organizations) Social connectedness: (Frequently interacting with and trusting one’s neighbors and family).