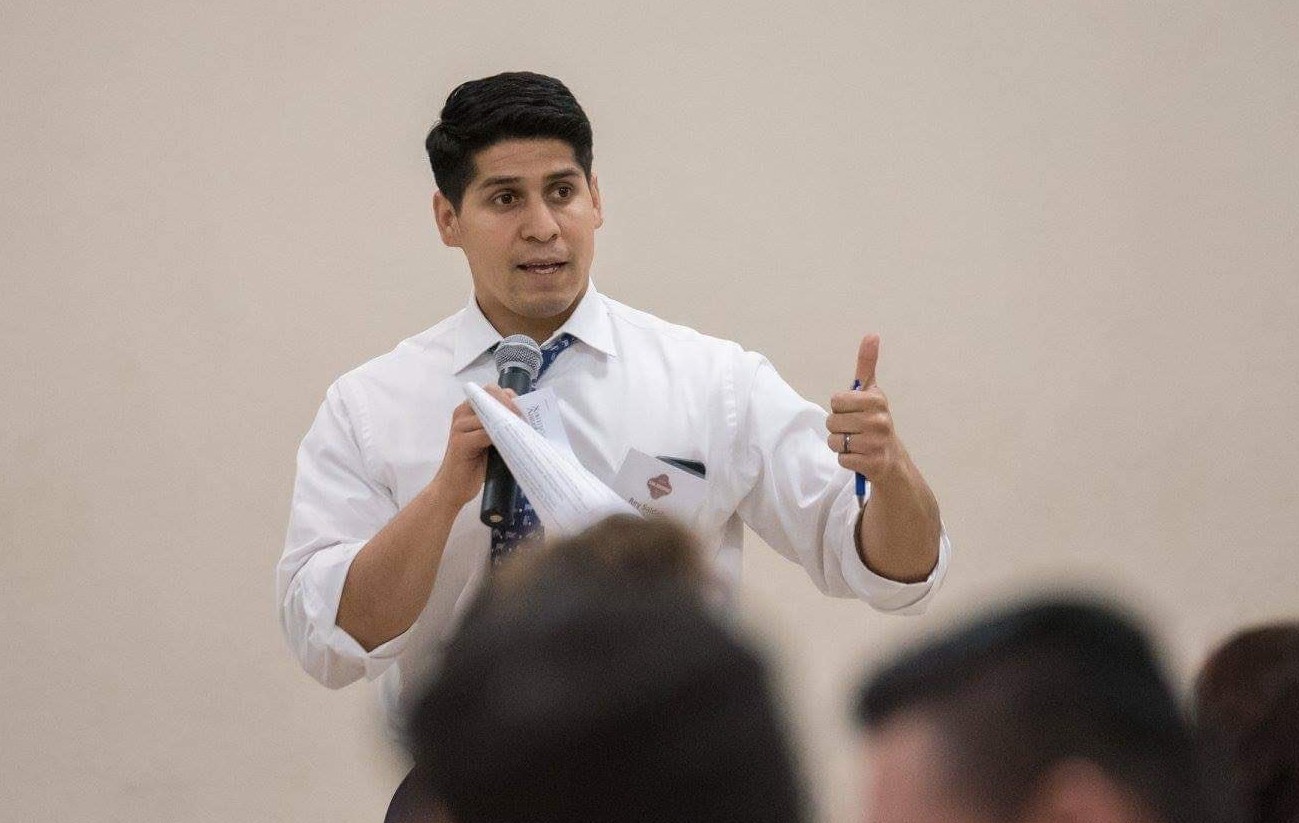 We will discuss his time on city council, the challenges of police contracts, and the current state of our community. We will also and talk about his new role as CEO of Community in Schools. Join us live on Facebook and YouTube

Pub Theology is a weekly dialogue group that talks about faith, our community and creating the common good. Hosted by Gavin Rogers (Travis Park Church) and Bekah McNeel (Reporter for 74 Million).

Rey Saldaña is the President and CEO of Communities In Schools®, (CIS™) the national organization that ensures all students are empowered to stay in school and on a path to a brighter future.

Saldaña is a CIS alumnus, whose journey from former student supported by CIS to national leader of Communities In Schools, sends an inspiring message to young people nationwide about the power they have to write their own success story.

Most recently, Saldaña served as the Regional Advocacy Director for the Raise Your Hand Texas Foundation and the Chair of the San Antonio Metropolitan Transit Agency-VIA. Prior to that, he successfully served four terms on the San Antonio City Council where he was first elected at age 24, becoming the youngest council person in that city’s history.

During his four terms, Saldaña focused on helping to meet the needs and harness the skills of young people and working families in his community. He championed the expansion of park space and community clinics in underserved areas, fought for increased funding for the city’s public transportation system, successfully campaigned for funding of the city’s early childhood initiative (Pre-K 4SA), and streamlined the city and county’s child truancy court. He chaired the city’s Intergovernmental Relations Committee, where he worked closely with state and federal legislators on law making and local policy development.

Concurrent with his elected position, he taught as an Adjunct Professor at Trinity University and Palo Alto Community College. Additionally, he worked with The University of Texas at San Antonio’s Office of Community Engagement and served as Chief Engagement Officer with KIPP San Antonio Public Schools.

The son of immigrants who came to this country from Mexico, Saldaña was born and raised on the South Side of San Antonio and is the product of Title I Texas public schools. He is a proud first-generation American and first in his family to graduate from college. He and his wife Jessica are the happy parents of Eli and two rescue dogs.