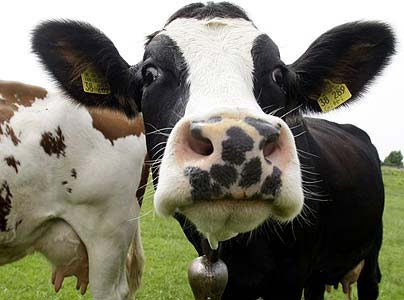 We publish a series of classic fiction books that focus on particular peace & justice topics. Most are short stories, but End of the Line is an anthology of five short novels about the death penalty. As I re-read my introduction to the book — about the impact that the arts can have on public policy — I was struck by how much this also applies to compassion.

We can’t argue or debate our way into compassion. Compassion doesn’t only happen in the head; it also happens in the heart. Since I wrote this essay in 2009, studies have demonstrated that people who read fiction become more empathic. In her book “Twelve Steps to a Compassionate Life,” Karen Armstrong asks us to reflect on art that has nudged us towards compassion. Can you think of an instance from your life?

Here’s what I wrote:

In our years of teaching nonviolence we’ve found that facts and figures alone rarely influence attitudes. When a fact contradicts a deeply held belief, the belief overwhelms the fact. There’s a great exchange in Dorothy L. Sayers’ mystery novel, Clouds of Witnesses, when Lord Peter Wimsey complains, “When I was a boy I always hated facts. Thought of them as nasty, hard things, all knobs. Uncompromisin’.” His manservant, Bunter, replies, “[My dear old mother] says, my lord, that facts are like cows. If you look them in the face hard enough they generally run away.” Later in the book Sayers inserts an anecdote: “A man was taken to the zoo and shown the giraffe. After gazing at it a little in silence: ‘I don’t believe it,’ he said.” Somehow, we humans interpret, dismiss or ignore the facts to keep our beliefs intact. The cows run away and we don’t believe our lying eyes as we gaze at the giraffe.

Even dialogue and debate can be counterproductive. The words dialogue and diabolical share the same Greek root: dia, meaning across. Dialogue means to speak across (legein) and diabolical to throw across (ballein.) Debate was originally a French word, debattre, meaning to fight, from de―down + battre ―to beat. Even the word discussion has disturbing roots, from the Latin dis – apart + quatere – to shake, literally “to break up.”

Discussions, debates and dialogues can have the unintended consequence of shaking us apart: solidifying our prejudices rather than opening our mind to new ideas. They can encourage us to take sides: as we craft our arguments to beat down those who disagree and in the process convince ourselves that we were right all along.

Our challenge is always to dig deeper, to see more clearly and honestly. We do this through conversation, from the Latin conversationem, “the act of living with,” literally “to turn about with,” from vertare, “to turn.”

One of the ways to start a deep conversation is through stories: personal “true” stories and fictional, “made-up” stories, which while not real, can on some level be even truer.

The arts—music, painting, theater, film and, of course, literature—are excellent media for telling stories and instigating such life-turning conversations. They crack the hard surface of facts and figures; they transcend logic; they get at the basic and universal truths. We start with a story and end with a transformation.