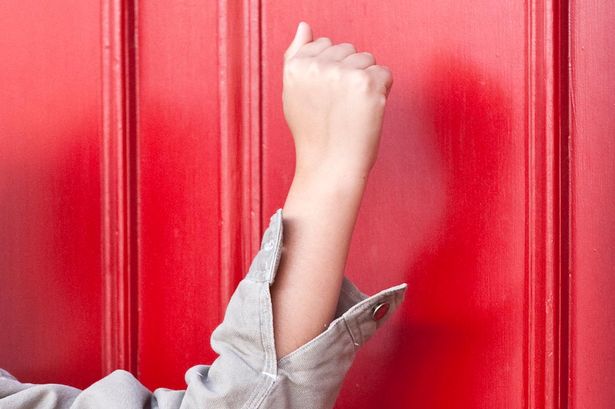 The Buddha told this story.

A young widower, who loved his five-year-old son very much, was away on business, and bandits came and burned down his whole village and took his son away. When the man returned, he saw the ruins and panicked. He took the charred corpse of an infant to be his own child, and he began to pull his hair and beat his chest, crying uncontrollably. He organized a creation ceremony, collected the ashes and put them in a very beautiful velvet bag. Working, sleeping, eating, he always carried the bag of ashes with him.

One day his real son escaped from the robbers and found his way home. He arrived at his father’s new cottage at midnight and knocked at the door. You can imagine at that time the young father was still carrying the bag of ashes and crying. He asked, “Who is there?”

And the child answered, “It’s me, Papa. Open the door, it’s your son.”

In his agitated state of mind the father thought that some mischievous boy was making fun of him, and he shouted at the child to go away, and he continued to cry. The boy knocked again and again, but the father refused to let him in. Some time passed, and finally the child left. From that time on, father and son never saw one another.

After telling this story the Buddha said, “Sometime, somewhere you take something to be the truth. If you cling to it so much, when the truth comes in person and knocks at your door, you will not open it.”