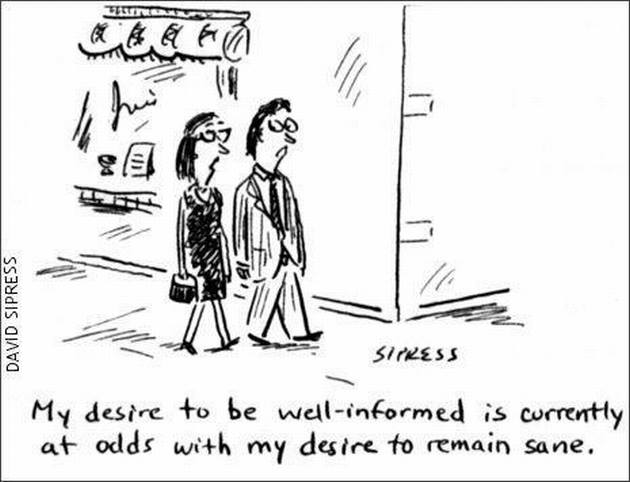 Fear. Uncertainty. Doubt. Doom. It’s in the news and it’s enough to make us all Looney Tunes. FUDD is a deliberate — deliberate! — attempt to influence behavior by making people afraid. You know the shtick: If you don’t buy this or vote for that, horrible things will happen. Sound familiar?  So how do we keep our equilibrium when the world seems to be telling us to live in fear and confusion?

One suggestion comes from Martin Luther King, Jr. In his 1964 Nobel Peace Prize acceptance speech he recounted an ancient tale:

There is a fascinating little story that is preserved for us in Greek literature about Ulysses and the Sirens. The Sirens had the ability to sing so sweetly that sailors could not resist steering toward their island. Many ships were lured upon the rocks, and men forgot home, duty, and honor as they flung themselves into the sea to be embraced by arms that drew them down to death. Ulysses, determined not to be lured by the Sirens, first decided to tie himself tightly to the mast of his boat, and his crew stuffed their ears with wax. But finally he and his crew learned a better way to save themselves: they took on board the beautiful singer Orpheus whose melodies were sweeter than the music of the Sirens. When Orpheus sang, who bothered to listen to the Sirens?

So that is our first suggestion: listen to your Orpheus, hear the sweet music. Start by listening to this song by Ann Murray: