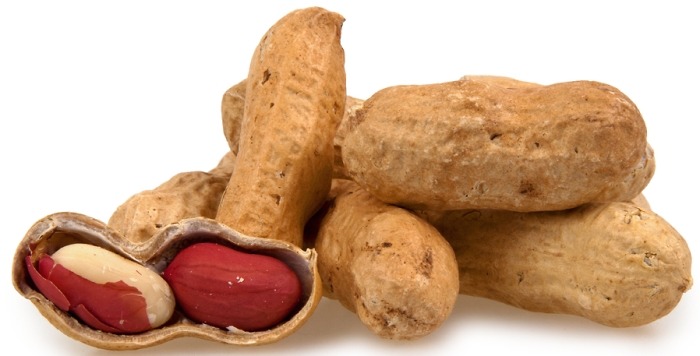 Great Creator, why
did you make the peanut?
—GWC

Arachis Hypogaea may have been
smuggled to North America by slaves
who hid seeds of survival in their hair.
Despite your nakedness, the chains, the stench,
if white men did not eat you, you might come
to a cruel land where, tended by moonlight
and exhaustion, your seed might grow to be
your children’s manna in the wilderness.

Arachis Hypogaea, or goober,
an annual preferring warmth and sun,
is an attractive plant, resembling clover.
It bears flowers of two distinct genders:
the staminate, or “male,” yellow, pretty,
and the inconspicuous pistillate “female.”
When fertilized, the pistillate turns down
and corkscrews six inches into the ground.

Each corkscrew, called a “peg,” grows one to four
peanuts in the soil near the mother plant;
each shell two of her shots at infinity.
From the laboratory of a slave emerged
a varied, balanced diet for the poor,
stock foods, ink, paints, cosmetics, medicines …
Promise and purpose, the Ancestors’ dream.
“The Peanut Man,” we say, and laugh at him.