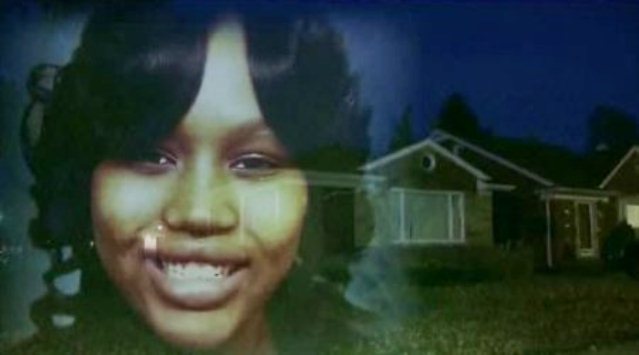 after the news of the dead
whether or not we knew them we are saying thank you
—W.S. Merwin

A blanket of fresh snow
makes any neighborhood idyllic.
Dearborn Heights indistinguishable from Baldwin Hills,
South Central even—
until a thawing happens and residents emerge
into the light. But it almost never snows in L.A.,
and snows often in this part of Michigan—
a declining wonderland, a place not to stand out
or be stranded like Renisha was.

Imagine a blonde daughter with a busted car
in a suburb where a brown homeowner
(not taking any chances)
blasts through a locked door first,
checks things out after—
around the clock coverage and the country beside itself
instead of the way it is now,
so quiet like a snowy night
and only the grief of a brown family (again)
around the Christmas tree, recalling
memories of Renisha playing
on the front porch, or catching flakes
as they fall and disappear
on her tongue.

On November 2, 2013 Renisha McBride, 19,  crashed her car at a street in Detroit, and then walked to a neighborhood in Dearborn Heights where she knocked on the door of a house. The homeowner, Theodore Wafer, shot McBride with a shotgun. Wafer contended that the shooting was accidental and that he thought his home was being broken into after he heard her banging on his door at 4:42 in the morning.