Poem: “The Silence of the Stars,” by David Wagoner 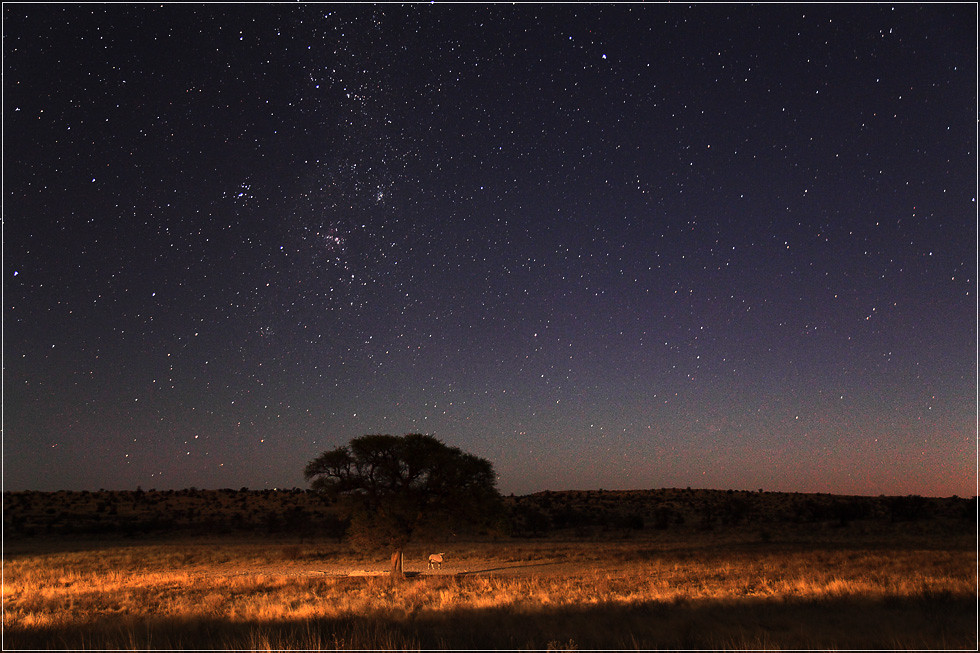 When Laurens van der Post one night
In the Kalahari Desert told the Bushmen
He couldn’t hear the stars
Singing, they didn’t believe him. They looked at him,
half-smiling. They examined his face
To see whether he was joking
Or deceiving them. Then two of those small men
Who plant nothing, who have almost
Nothing to hunt, who live
On almost nothing, and with no one
But themselves, led him away
From the crackling thorn-scrub fire
And stood with him under the night sky
And listened. One of them whispered,
Do you not hear them now?
And van der Post listened, not wanting
To disbelieve, but had to answer,
No. They walked him slowly
Like a sick man to the small dim
Circle of firelight and told him
They were terribly sorry,
And he felt even sorrier
For himself and blamed his ancestors
For their strange loss of hearing,
Which was his loss now. On some clear night
When nearby houses have turned off their visions,
When the traffic dwindles, when through streets
Are between sirens and the jets overhead
Are between crossings, when the wind
Is hanging fire in the fir trees,
And the long-eared owl in the neighboring grove
Between calls is regarding his own darkness,
I look at the stars again as I first did
To school myself in the names of constellations
And remember my first sense of their terrible distance,
I can still hear what I thought
At the edge of silence where the inside jokes
Of my heartbeat, my arterial traffic,
The C above high C of my inner ear, myself
Tunelessly humming, but now I know what they are:
My fair share of the music of the spheres
And clusters of ripening stars,
Of the songs from the throats of the old gods
Still tending ever tone-deaf creatures
Through their exiles in the desert.