Poem: “To Help the Monkey Cross the River,” by Thomas Lux 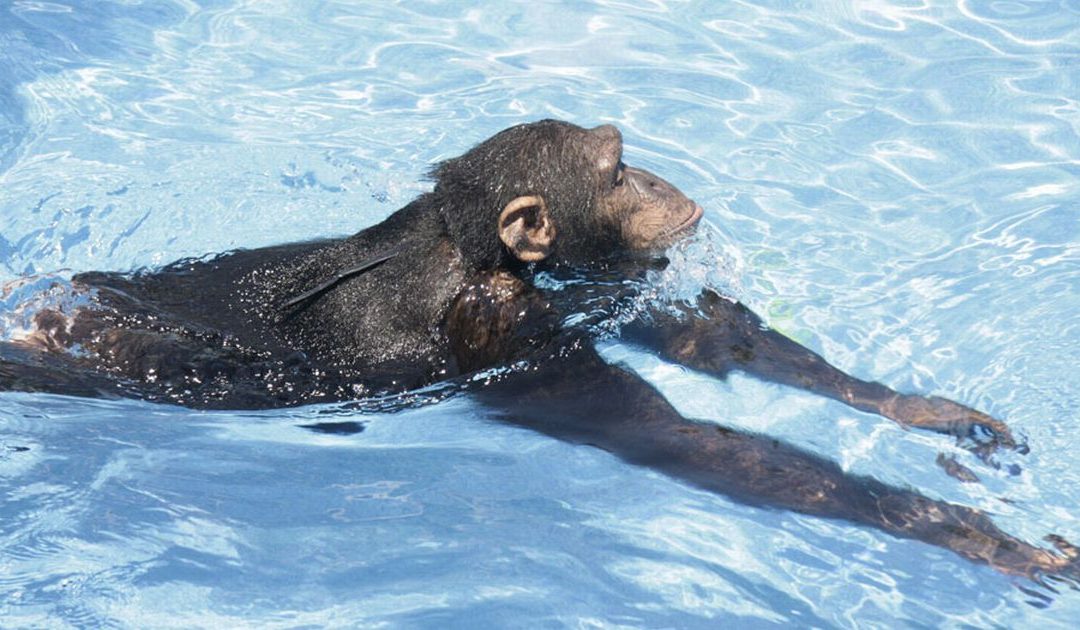 To Help the Monkey Cross the River,
which he must
cross, by swimming, for fruits and nuts,
to help him
I sit with my rifle on a platform
high in a tree, same side of the river
as the hungry monkey. How does this assist
him? When he swims for it
I look first upriver: predators move faster with
the current than against it.
If a crocodile is aimed from upriver to eat the monkey
and an anaconda from downriver burns
with the same ambition, I do
the math, algebra, angles, rate-of-monkey,
croc- and snake-speed, and if, if
it looks as though the anaconda or the croc
will reach the monkey
before he attains the river’s far bank,
I raise my rifle and fire
one, two, three, even four times into the river
just behind the monkey
to hurry him up a little.
Shoot the snake, the crocodile?
They’re just doing their jobs,
but the monkey, the monkey
has little hands like a child’s,
and the smart ones, in a cage, can be taught to smile.