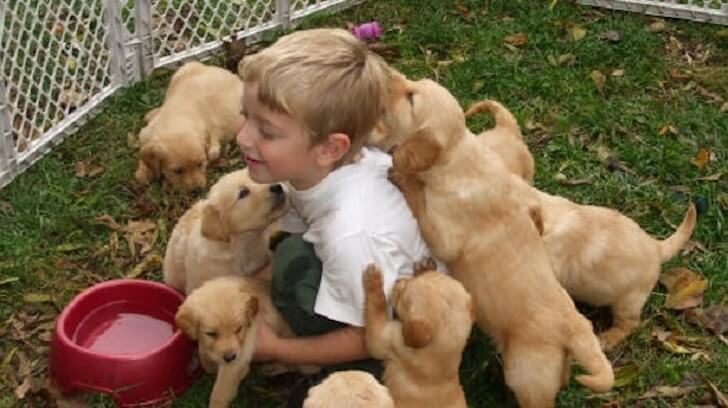 Once a farmer painted an advertisement for puppies to sell and was fixing it on the edge of his yard. As he was hitting last nail for board to be fixed on it’s place he felt a tug on his overalls.

When he looked behind he saw a little kid. He asked, “What do you want kid??”

Farmer replied, “Well kid.. These pup are quite expensive as they came from very good breed of dog..”

Little boy dropped his head but after a moment, reaching deep down into his pants pocket he pulled some coins from his pocket and held it up to the farmer and said, “Sir, i have got only 50 cent.. would that be enough for a puppy?”

Then farmer whistle and called out his dog. Dog came along with came its four puppies running behind it out of dog house. Boy was delighted to see them.

Boy noticed that behind four puppies there was little one who was slowly coming out of that dog house and in awkward manner that little puppy was trying to catch up with other.

Boy pointed toward that puppy and said, “I want that one..”

Farmer replied, “Kid, you don’t want that.. he will not be able to play or run with you like other puppies..”

Listening to this, kid took a step back from the fence and began rolling up one leg of his trousers revealing a steel brace which was attached with specially made shoes which kid was wearing and said, “Sir, I don’t run too well myself and that puppy will need someone who understands.”