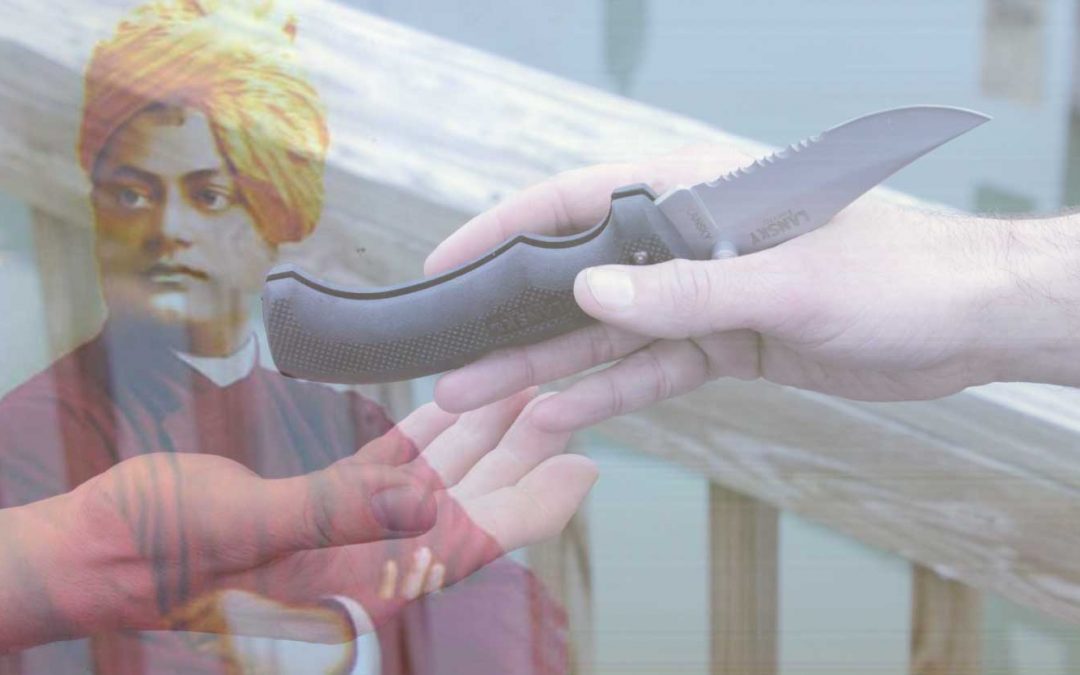 Swami Vivekananda had vast knowledge of both eastern and western culture. He had brilliant conversation skills and deep spiritual insight due to which in 1893 he was selected to be present Hinduism at the world’s Parliament of Religion which was to be heal at Chicago.

Just day before leaving for abroad to attend Parliament of Religion in Chicago his mother invited him for dinner.

Vivekananda ji enjoyed delicious dinner made for him by his mother with love and affection. After dinner his mother offered him a bowl with fruits and a knife to cut fruits into pieces.

After Vivekananda ate fruit, his mother said, “Son, can you please pass me the knife?”

Vivekananda responded immediately and gave knife to his mother.

After getting knife his mother responded, “Son, you passed my test. You have my blessing for your journey.”

Vivekananda was surprised by his mother response and questioned, “But mother how and when did you test me??”

His mother smiled and said, “Son, when i asked you to give me knife.. That was your test.. You gave me knife by holding its sharp edge and kept wooden handle of knife towards me so that i wouldn’t get hurt.