The Ass and the Old Peasant 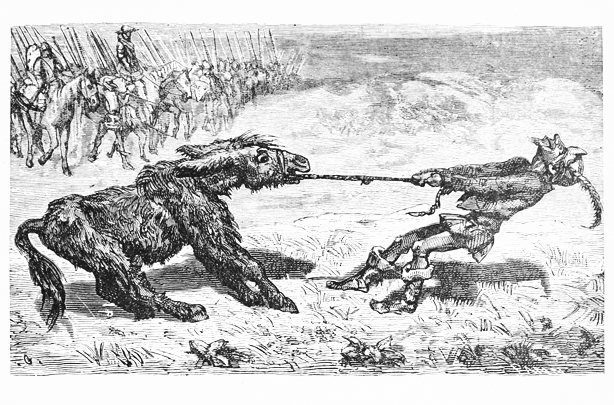 An old peasant was sitting in a meadow watching his ass, which was grazing close by, when all of a sudden he caught sight of armed men stealthily approaching. He jumped up in a moment, and begged the ass to fly with him as fast as he could, “Or else,” said he, “we shall both be captured by the enemy.”

But the ass just looked round lazily and said, “And if so, do you think they’ll make me carry heavier loads than I have to now?”

A moral to this story has been given as: “When a state undergoes a change the poor will change their ways In nothing but the name of their king.”