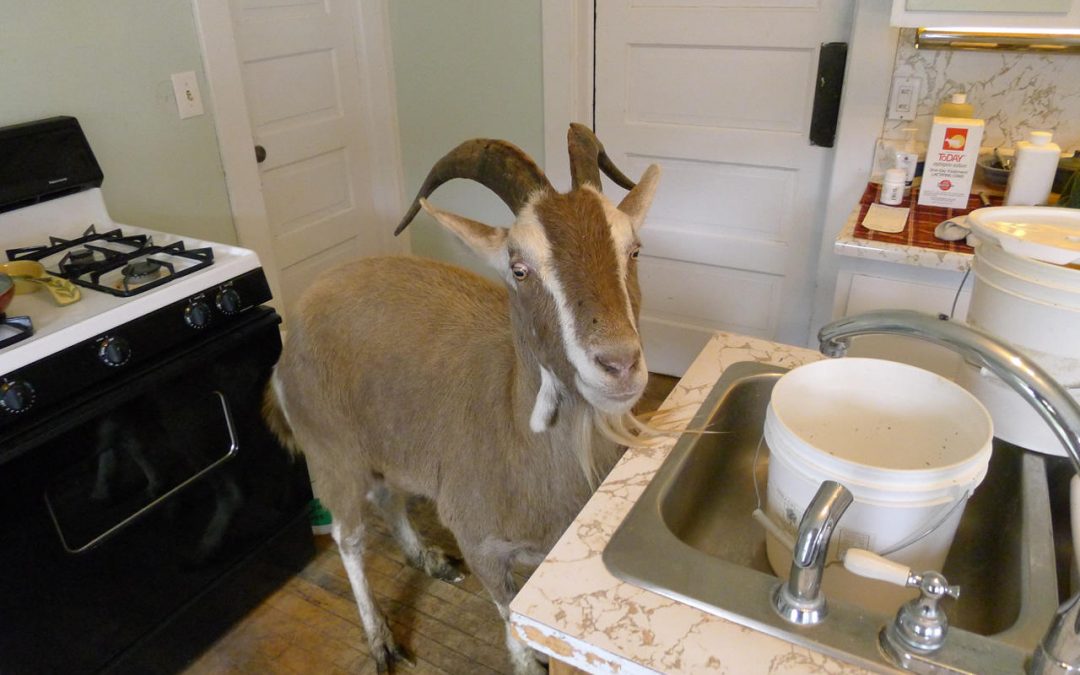 Nasrudin was talking to his neighbor one day, and the neighbor lamented, “I’m really having trouble fitting my family in our small house. It’s me, my wife, my three kids, and my mother-in-law-all sharing the same cottage. Mulla Nasrudin, you are a wise man. Do you have any advice for me?”

“Yes,” replied Nasrudin. “Do you have any chickens in your yard?

“I have ten,” the man replied.

“Put them in the house,” said Nasrudin.

“But Mulla,” the man remarked, “our house is already cramped as it is.”

The man, desperate to find a solution to his spacing woes, followed Nasrudin’s advice, and paid him another visit the next day.

“Mulla,” he said, “things are even worse now. With the chickens in the house, we are even more pressed for space.”

“Now take that donkey of yours,” replied Nasrudin, “and bring it in the house.”

The man bemoaned and objected, but Nasrudin convinced him to do it.

The next day, the man, now looking more distressed than ever, came up to Nasrudin and said, “Now my home is even more crowded! Between my family, the chickens, and that donkey of mine, there is barely any room to move.”

“Well then,” said Nasrudin, “do you have any other animals in your yard?”

The man once again raised a fuss and seemed anything but eager to follow Nasrudin’s advice, but Nasrudin once again convinced him to put yet another animal in the house.

The next day, the man, now angry, came up to Nasrudin and exclaimed, “My family is really upset now. Everyone is at my throat complaining about the lack of space. Your plan is making us miserable.”

“OK,” Nasrudin replied, “now take all of the animals back outside.”

So the man followed his advice, and the next day, he dropped by Nasrudin and remarked, “Mulla-your plan has worked like a charm. With all the animals out, my house is so spacious that none of us can help but being pleased and uncomplaining.”