The Dog That Went Abroad 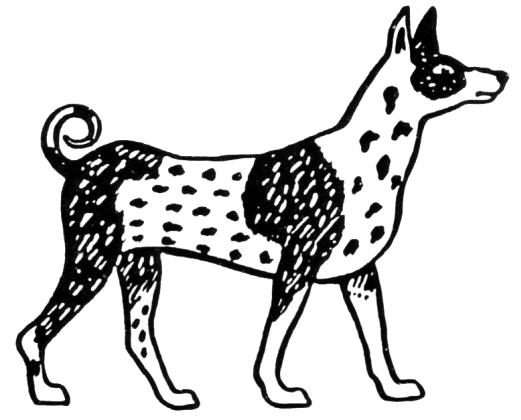 A Folktale from India

In a certain place there once lived a dog by the name of Tschitranga, which means “having a spotted body.” A lengthy famine set in. Because they had no food, the dogs and other animals began to leave their families. Tschitranga, whose throat was emaciated with hunger, was driven by fear to another country.

There in a certain city he went to a certain house day after day where, due to the carelessness of the housekeeper, many good things to eat were left lying about, and he ate his fill. However, upon leaving the house, other vicious dogs surrounded him on all sides and tore into him on all parts of his body with their teeth. Then he reconsidered his situation, and said, “It is better at home. Even during a famine you can live there in peace, and no one bites you to pieces. I will return to my own city.”

Having thus thought it through, set forth to his own city. When he arrived there, all of his relatives asked him, “Tschitranga, tell us about where you have been. What is the country like? How do the people behave? What do they eat? What do they do?”

He answered, “How can I explain to you the essence of a foreign place? There are good things to eat in great variety, and housekeepers who do not keep watch! There is only one evil in a foreign country: You will be hated there because of who you are!”