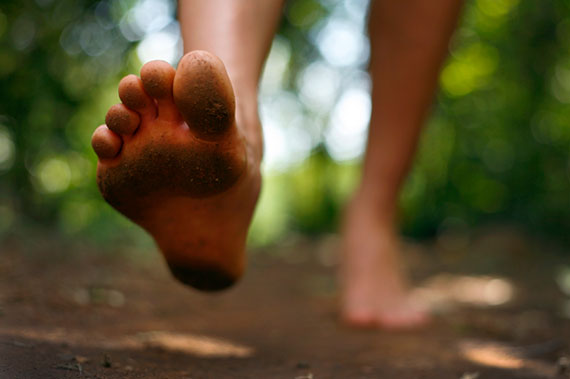 There was once a famous temple, high up in the hills of Assam. The priest of this temple was widely respected and known to be a great scholar. When he grew very old, he started searching for a younger priest who could take charge of the temple after his death. But, much to his dismay, he could not find any suitable person. As the priest lay on his deathbed, he called the trustee of the temple and told him, “After my death, make sure that only a “human being” replaces me as priest of this temple.” Saying that the priest died.

Information traveled far and wide that the head priest of the famous temple had died and now there was an urgent need for a replacement. A day was set for all candidates to reach the temple when the successor would be chosen. That day, starting at dawn, aspirants started trekking the steep and torturous climb to the temple. The route to the temple was indeed difficult; it was full of thorns, and stones. By the time most people managed to reach the temple, they had received cuts and bruises on their feet.

After breakfast, the selection procedure started. The trustee asked all the aspirants to recite difficult shlokas, or verses from the sacred texts, and explain various procedures of priesthood. By afternoon, as the selection procedure was about to end, one young man walked slowly into the temple. The trustee said to him, “Young man, you are very late. What took you so long? And what happened to your clothes, why are they torn? And your feet, oh! My god, they are bleeding so badly.”

The man replied, “I know sir, I am late, so I will not participate in the competition. If I have your permission, I’ll just get my wounds treated, rest for a while and go my way.” But the trustee was curious to know about this man. He asked again, “But how did you manage to hurt your self so badly, did you not follow the same route as the others?”

“Indeed, I did, sir,” replied the man. “But I thought I would remove the thorns, and other sharp stones from the path so that when people come to pray in this temple they should not get hurt. That is why I got late and that is how I hurt myself. I apologize for the delay, but as I said, I know I am late and hence I don’t wish to participate in the competition. Anyway, I am not very well educated so how can I compete with these learned people present here?”

Hearing this, the trustee smiled. He said, “Congratulations, sir, you are the chosen one. I am sure that our earlier priest meant you, when he said he wanted a “human being” to be his successor. On hearing this, the others present were furious. “What do you mean?” they demanded. “Are we not humans? And why do you choose this young man who confesses to having little knowledge and education?”

The trustee replied, “Our old priest used to say that even animals know how to watch for their self interest; they know how to avoid danger, search food and so on. Only a ‘human being’ knows how to watch for other people’s interest. All of you climbed the same torturous path, and managed to avoid the thorns and sharp rocks. But only this man thought of the good of others and took upon himself the task of clearing the path. By the definition of our old priest only he qualifies as a ‘human being’ and hence only he should be the successor of the great old man.