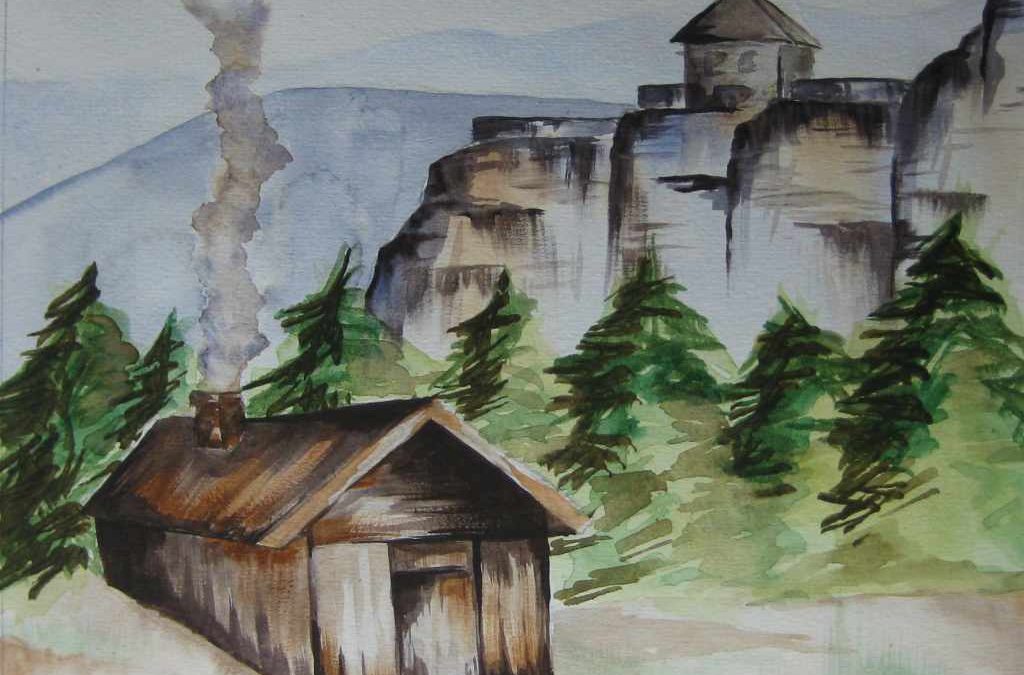 Once a great order, a decaying monastery had only five monks left. The order was dying. In the surrounding deep woods, there was a little hut that a Rabbi from a nearby town used from time to time. The monks always knew the Rabbi was home when they saw the smoke from his fire rise above the tree tops. As the Abbot agonized over the imminent death of his order, it occurred to him to ask the Rabbi if he could offer any advice that might save the monastery.

The Rabbi welcomed the Abbot at his hut. When the Abbot explained the reason for his visit, the Rabbi could only commiserate with him. “I know how it is,” he exclaimed. “The spirit has gone out of the people. It is the same in my town. Almost no one comes to the synagogue anymore.” So the Abbot and the Rabbi sat together discussing the Bible and their faiths. The time came when the Abbot had to leave. “It has been a wonderful visit,” said the Abbot, “but I have failed in my purpose. Is there nothing you can tell me to help save my dying order?” “The only thing I can tell you,” said the Rabbi, “is that the Messiah is among you.”

When the Abbot returned to the monastery, his fellow monks gathered around him and asked, “What did the Rabbi say?” “He couldn’t help,” the Abbot answered. “The only thing he did say, as I was leaving was that the Messiah is among us. Though I do not know what these words mean.”

In the months that followed, the monks pondered this and wondered whether there was any possible significance to the Rabbi’s words: The Messiah is among us? Could he possibly have meant that the Messiah is one of us monks here at the monastery? If that’s the case, which one of us is the Messiah? Do you suppose he meant the Abbot? Yes, if he meant anyone, he probably meant Father Abbot. Certainly he could not have meant Brother Elred! Elred gets crotchety at times. But come to think of it, even so, Elred is virtually always right. Maybe the rabbi did mean Brother Elred. Of course the Rabbi didn’t mean me. He couldn’t possibly have meant me. I’m just an ordinary person. Yet supposing he did? Suppose I am the Messiah?

It so happened that people still occasionally came to visit the beautiful forest and monastery. Without even being conscious of it, visitors began to sense a powerful spiritual aura. They were sensing the extraordinary respect that now filled the monastery. Hardly knowing why, people began to come to the monastery frequently to picnic, to play, and to pray. They began to bring their friends, and their friends brought their friends. Then it happened that some of the younger men who came to visit the monastery started to talk more and more with the older monks. After a while, one asked if he could join them. Then, another and another asked if they too could join the abbot and older monks. Within a