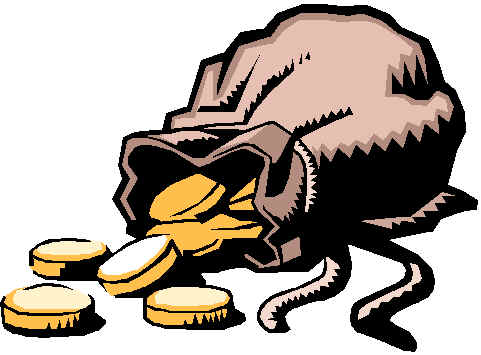 Once upon a time, a wife told her husband: “Tomorrow is the feast day, Abu Abdallah, and our children don’t have new clothes like all the other children.” “This is due to your wasteful spending,” she added.

I spend money on charity, this is not wasteful, dear wife,” replied the husband.

The wife said: “Send a letter to a loyal friend of yours asking him for some money. We will pay him back when we have more money.”

The husband had two loyal friends “Al Hashemi” and “Ousama”. He sent a letter to Al Hashemi through his servant.

When Al Hashemi read the letter, he said to the servant: “I know that your master spends all his money on charity.” “Take this bag and tell your master that it’s all I have for the feast day,” he added.

The servant gave the bag to his master who opened it and found 100 dinars.

“Let’s hurry to the market and buy some new clothes and shoes for our children,” replied the wife.

At that moment, someone knocked at the door. It was Ousama’ servant holding a letter from Oussama asking for some money.

Abu Abdallah gave him the bag which was sent to him from his friend Al Hashemi.

The wife was upset with her husband who preferred his friend to his children.

“My friend is in need, how could I turn my back on him?” asked the husband.

An hour later, someone knocked at the door. It was Al Hashemi who came to ask Abu Abdallah if the bag that he gave to Oussama’s servant was the same bag he himself had given Abu Abdallah before.

Abu Abdallah looked at the bag that Al Hashemi was holding and said: “Yes, yes, this is the one. How did it reach to you?”

Al Hashemi answered : “When I gave this bag to your servant, I had nothing left for me, so I sent a letter to our friend Oussama asking him for some money, and I was surprised to get the same bag I had already sent to you with the same money inside, that is why I came to you.”

Abu Abdallah laughed and said: “Oussama preferred you to himself and gave you the bag, just like you preferred me to yourself.”

Al Hashemi smiled and said: “You preferred Oussama to yourself and your family.” “Let’s share the 100 dinars between the three of us,” he added.

The caliph heard the story of the three friends and ordered to give each of them 1000 dinars.

After that, Abu Abdallah came back home holding the 1000 dinars and said to his wife happily: “What do you say, dear wife, did God desert us?”

“Not at all, God has rewarded us!” replied the wife.

Abu Abdallah said: “Haven’t I told you that spending for God’s sake is always rewarding?”