The Timid Hare and the Flight of the Beasts 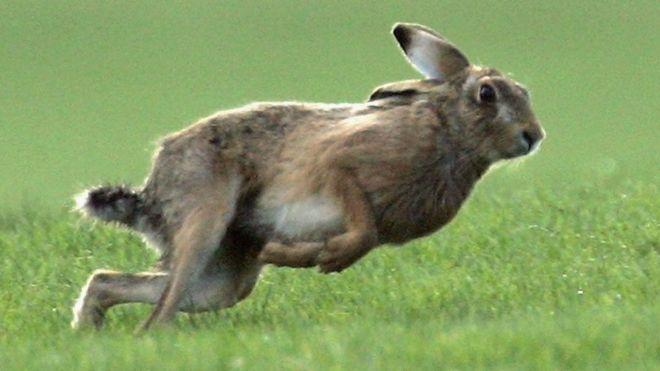 This is one of the “Jataka Tales,” part of the canon of sacred Buddhist literature. This collection of some 550 anecdotes and fables depicts earlier incarnations — sometimes as an animal, sometimes as a human — of the being who would become Siddhartha Gautama, the future Buddha. The Jataka tales are dated between 300 BC and 400 CE.

Once upon a time when Brahmadatta reigned in Benares, the Bodhisatta [the future Buddha] came to life as a young lion. And when fully grown he lived in a wood. At this time there was near the Western Ocean a grove of palms mixed with vilva trees.

A certain hare lived here beneath a palm sapling, at the foot of a vilva tree. One day this hare, after feeding, came and lay down beneath the young palm tree. And the thought struck him, “If this earth should be destroyed, what would become of me?”

And at this very moment a ripe vilva fruit fell on a palm leaf. At the sound of it, the hare thought, “This solid earth is collapsing,” and starting up he fled, without so much as looking behind him. Another hare saw him scampering off, as if frightened to death, and asked the cause of his panic flight.

The other hare cried, “Pray, sir, what is it?” and kept running after him.

Then the hare stopped a moment and without looking back said, “The earth here is breaking up.”

And at this the second hare ran after the other. And so first one and then another hare caught sight of him running, and joined in the chase till one hundred thousand hares all took to flight together. They were seen by a deer, a boar, an elk, a buffalo, a wild ox, a rhinoceros, a tiger, a lion, and an elephant. And when they asked what it meant and were told that the earth was breaking up, they too took to flight. So by degrees this host of animals extended to the length of a full league.

When the Bodhisatta saw this headlong flight of the animals, and heard the cause of it was that the earth was coming to an end, he thought, “The earth is nowhere coming to an end. Surely it must be some sound which was misunderstood by them. And if I don’t make a great effort, they will all perish. I will save their lives.”

So with the speed of a lion he got before them to the foot of a mountain, and lion-like roared three times. They were terribly frightened at the lion, and stopping in their flight stood all huddled together. The lion went in amongst them and asked why there were running away.

“The earth is collapsing,” they answered.

“Who saw it collapsing?” he said.

“The elephants know all about it,” they replied.

He asked the elephants. “We don’t know,” they said, “the lions know.”

But the lions said, “We don’t know, the tigers know.”

The tigers said, “The rhinoceroses know.”

The wild oxen, “the buffaloes.”

The buffaloes, “the elks.”

The deer said, “We don’t know; the hares know.”

When the hares were questioned, they pointed to one particular hare and said, “This one told us.”

So the Bodhisatta asked, “Is it true, sir, that the earth is breaking up?”

“Near the ocean, sir, in a grove of palms mixed with vilva trees. For as I was lying beneath the shade of a palm sapling at the foot of a vilva tree, methought, ‘If this earth should break up, where shall I go?’ And at that very moment I heard the sound the breaking up of the earth, and I fled.”

Thought the lion, “A ripe vilva fruit evidently must have fallen on a palm leaf and made a ‘thud,’ and this hare jumped to the conclusion that the earth was coming to an end, and ran away. I will find out the exact truth about it.”

So he reassured the herd of animals, and said, “I will take the hare and go and find out exactly whether the earth is coming to an end or not, in the place pointed out by him. Until I return, do you stay here.” Then placing the hare on his back, he sprang forward with the speed of a lion, and putting the hare down in the palm grove, he said, “Come, show us the place you meant.”

The hare, not venturing to go near the vilva tree, stood afar off and cried, “Yonder, sir, is the place of dreadful sound,” and so saying, he repeated the first stanza:

From the spot where I did dwell
Issued forth a fearful “thud”;
What it was I could not tell,
Nor what caused it understood.

After hearing what the hare said, the lion went to the foot of the vilva tree, and saw the spot where the hare had been lying beneath the shade of the palm tree, and the ripe vilva fruit that fell on the palm leaf, and having carefully ascertained that the earth had not broken up, he placed the hare on his back and with the speed of a lion soon came again to the herd of beasts.

Then he told them the whole story, and said, “Don’t be afraid.” And having thus reassured the herd of beasts, he let them go.

Verily, if it had not been for the Bodhisatta at that time, all the beasts would have rushed into the sea and perished. It was all owing to the Bodhisatta that they escaped death.

Alarmed at sound of fallen fruit
A hare once ran away,
The other beasts all followed suit
Moved by that hare’s dismay.

They hastened not to view the scene,
But lent a willing ear
To idle gossip, and were clean
Distraught with foolish fear.

They who to Wisdom’s calm delight
And Virtue’s heights attain,
Though ill example should invite,
Such panic fear disdain. 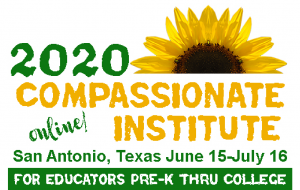