Your Goose is Cooked 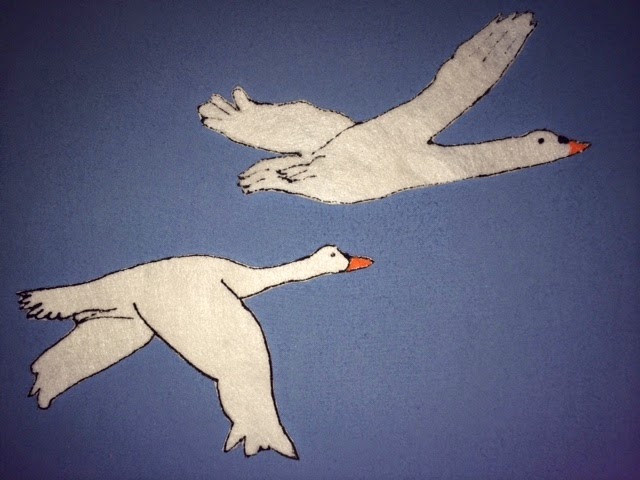 Once in China two hunters who had not caught anything to eat in several days decided to try their skill at catching geese. They took their bows and arrows down to the marshes early one morning and crouched down behind a tuft of reeds. It was cold and wet, and they were ravenously hungry. They waited anxiously as the sun rose red on the horizon, hung in splendor, then dipped toward nightfall. They were about to give up and return home, when in the distance they heard it, the soft honking of geese in flight.

Quickly they each knocked an arrow and waited for the geese to draw near. “Oh, I can already taste it,” whispered one.

“Succulent goose plucked and roasted until the skin is crispy and brown and the meat drips with juices. Just a touch of plum sauce beside it to enhance the flavor…” and he paused to swallow the saliva building in his mouth.

“Why that’s no way to cook a goose! You must stew it slowly in soy sauce until the meat falls from the bone and the fragrance of the soy sauce lingers like good luck.”

“Soy sauce?” cried the first hunter, turning to face the second. “You’ll ruin it if you cook it that way; it must be roasted with plum sauce!”

“Stewed in soy sauce,” cried the second angrily pointing his arrow at his companion.

“Stubborn as a goat!”

“Ignorant as a mule!”

And as they argued over how to cook them, the geese flew steadily on and disappeared into the setting sun.